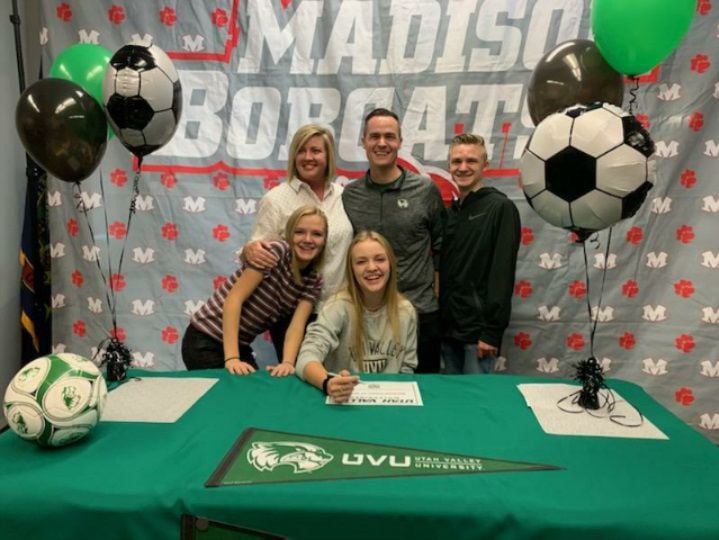 Annalise Brunson is joined by her family for a photo at her signing ceremony Wednesday at Madison High School. 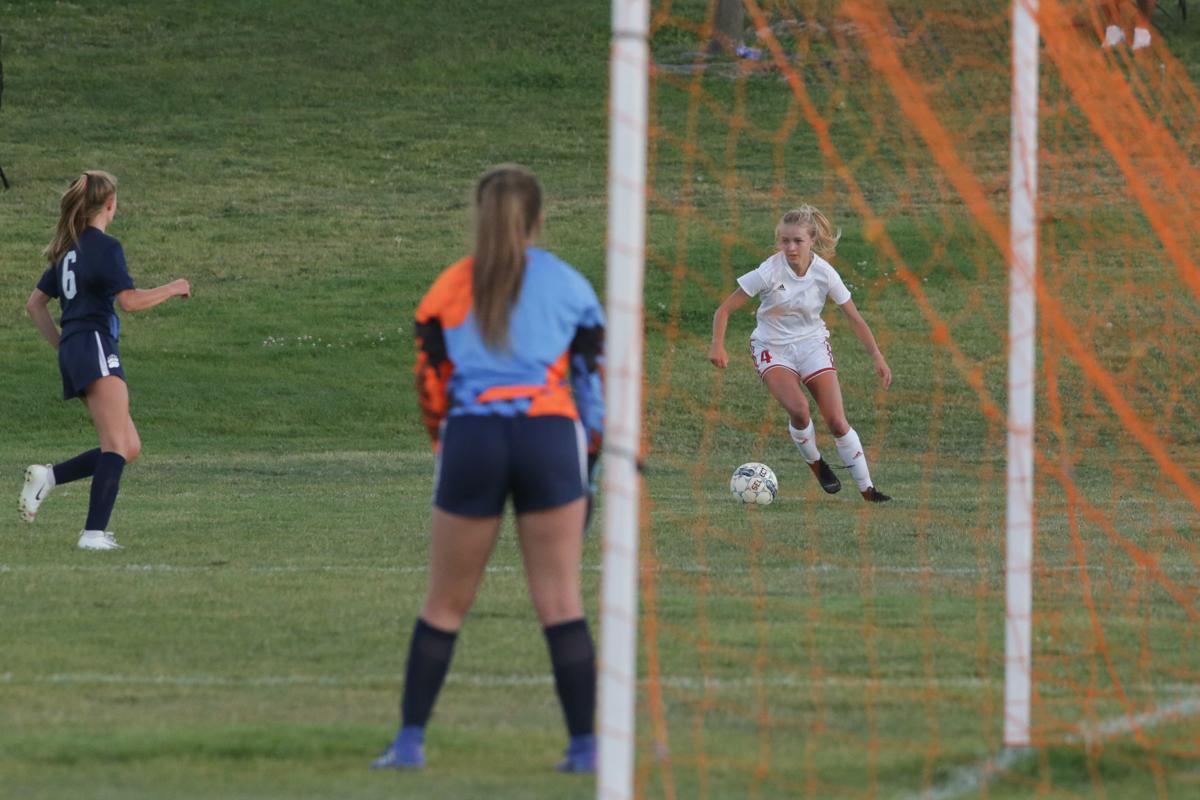 Madison’s Annalise Brunson pushes the ball toward the goal during an Aug. 27 game versus Skyline at the Idaho Falls Soccer Complex.

Annalise Brunson is joined by her family for a photo at her signing ceremony Wednesday at Madison High School.

Madison’s Annalise Brunson pushes the ball toward the goal during an Aug. 27 game versus Skyline at the Idaho Falls Soccer Complex.

In March 2016, then eighth grader Annalise Brunson created a goal chart with the phrases 'I Will' on one side and 'So I Can' on the other.

Under 'I will,' she listed 'work on juggling, finishing, first touch, trapping, speed, shooting from distance, do early morning sessions with dad, don't be timid, play my hardest all the time, be aggressive' and under 'so I can,' she listed 'play Division I college soccer, make varsity and start as a freshman, have a good spring 2016 season, win the All-Star at BYU camp, do good at SUU/Utah State camps.' She fulfilled those goals as the years went by, and arguably the biggest accomplished goal was commemorated Wednesday as she signed with the Utah Valley University women's soccer program in a ceremony at Madison High School in the presence of current and former teammates and coaches, family members and friends.

Brunson first thought about playing college soccer at 12 years old. At 14, she became more serious about it and during a ride home from a soccer tournament in St. George, her dad, Jeff, encouraged her to create the goal chart.

"I had it on my bulletin board in my room and I'd see it every day when I woke up," Brunson said Wednesday afternoon by phone.

The signing came two years after Brunson verbally committed to Utah Valley. She knew after making an unofficial visit to Orem as a sophomore that she had found where she wanted to continue her career, fitting the bill for her in athletics and academics.

Brunson said Utah Valley and BYU, which is located five miles away from Utah Valley, were her top two schools. Fittingly, they play each other once per season, which Brunson said she is looking forward to as well as her family being able to travel down to watch her play. The Wolverines recruited her as a forward, but she might play wing depending on where they need her.

As referenced in her goal chart, hours of work and travel soccer helped fulfill her Division I dream. She started with the Madison United travel program before joining the Utah based Celtic FC, and she will be playing on Celtic's premier team this season. They have already started practices in preparation for their first tournament next weekend and the season goes until mid-summer, which prompted Brunson to give up winter and spring sports this year.

Brunson said the offseason practice--which includes working on her fitness and going on runs with her dad--and travel soccer has helped prepare her to play for a Division I team.

"I think the more you can play and the more experience you can get, the more you're ready to go," Brunson said. "With high school and all the club stuff, I'm getting as ready as I can be."

Brunson will leave Madison as one of the highest scoring girls soccer players to come from District 6. She totaled 143 goals and 54 assists in four years on varsity, starting in all 75 games. She was also part of a historic run that included four consecutive 5A District 5-6 championships, four consecutive 5A state tournament appearances and winning the consolation trophy in 2018, which was the first state trophy ever won by a District 6 5A girls team.

As a fall athlete, Brunson will have a short summer. Utah Valley is tentatively scheduled to begin practices in late July. But that is fine with Brunson, who is already eager to make a new goal chart now that her original one has been fulfilled.