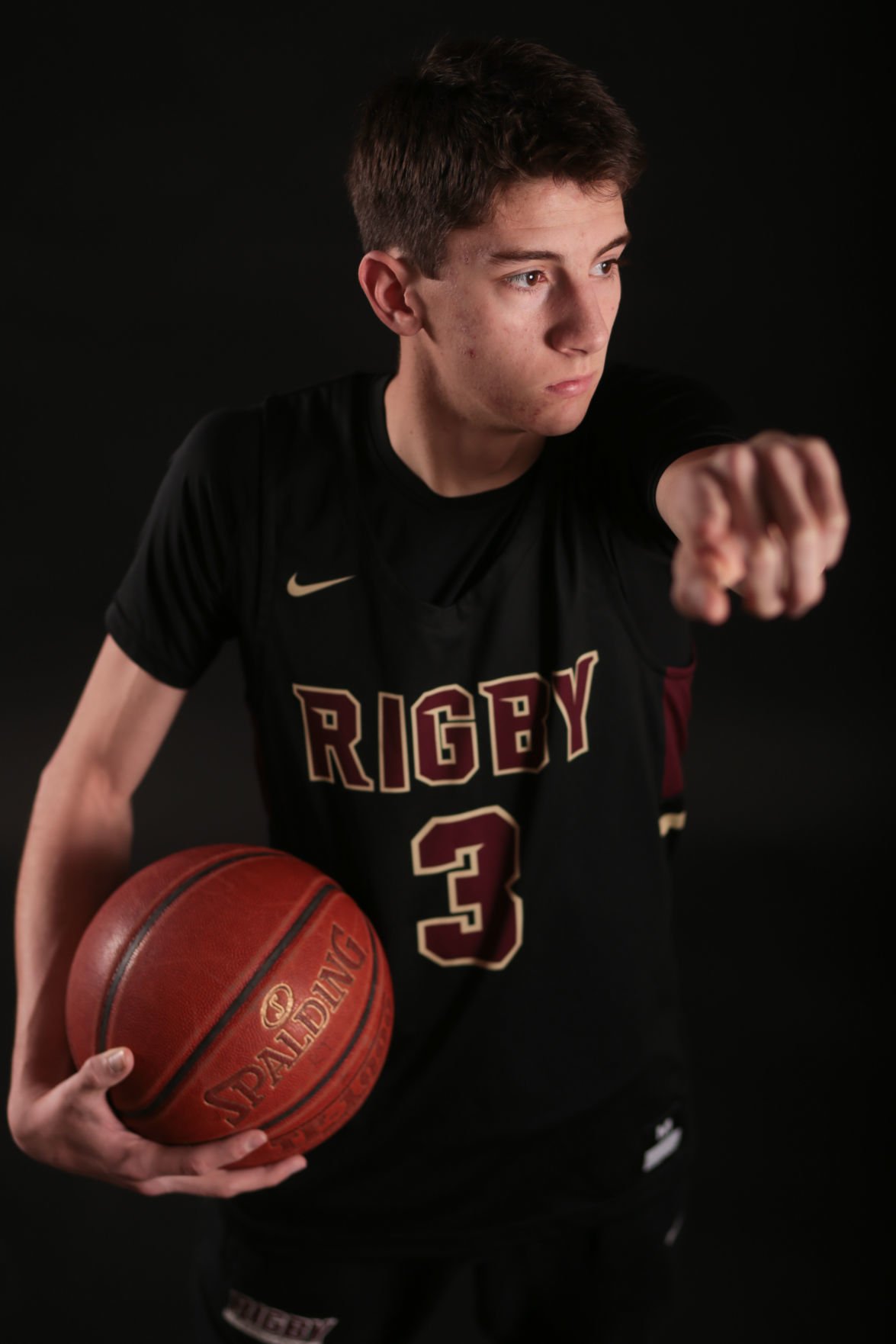 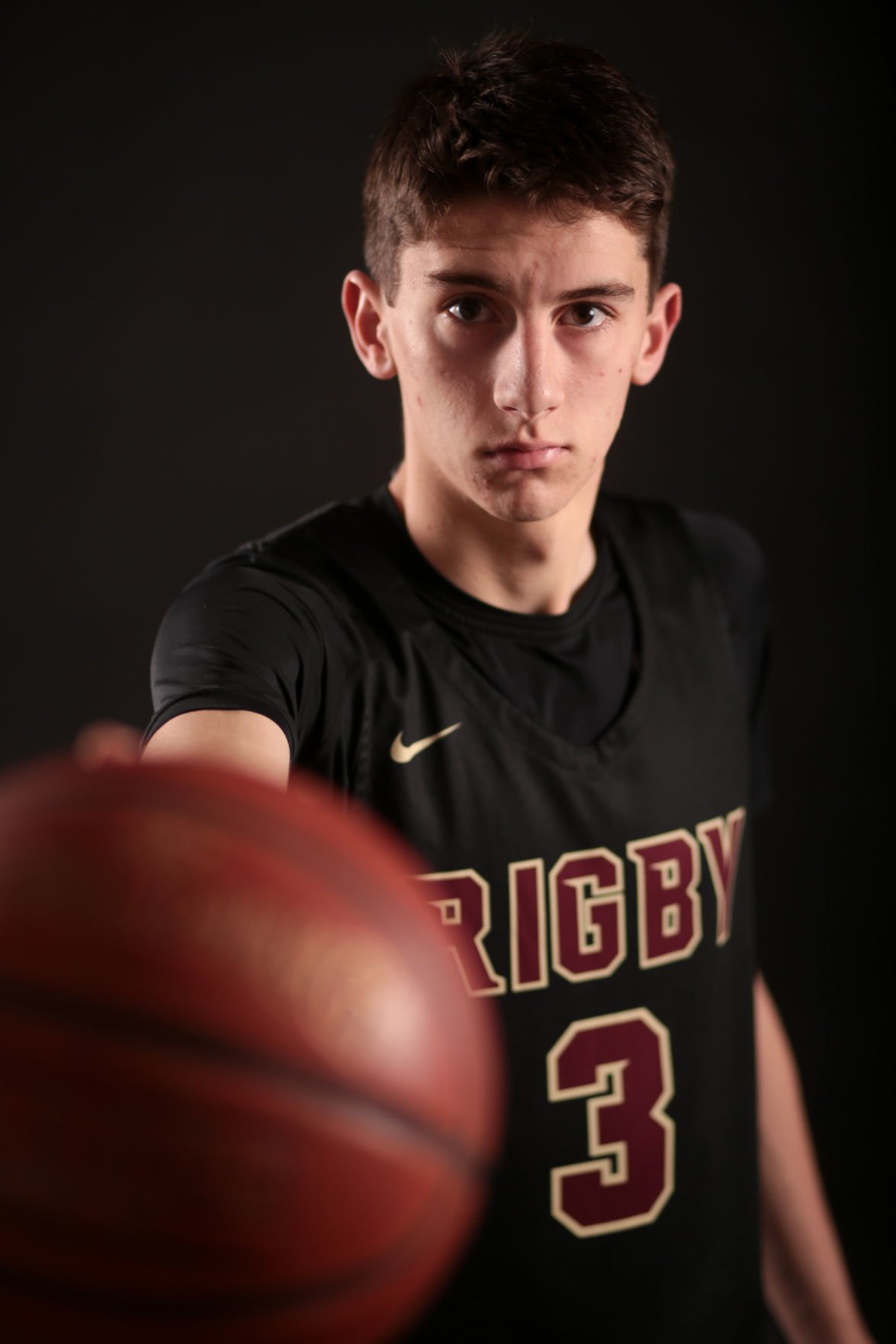 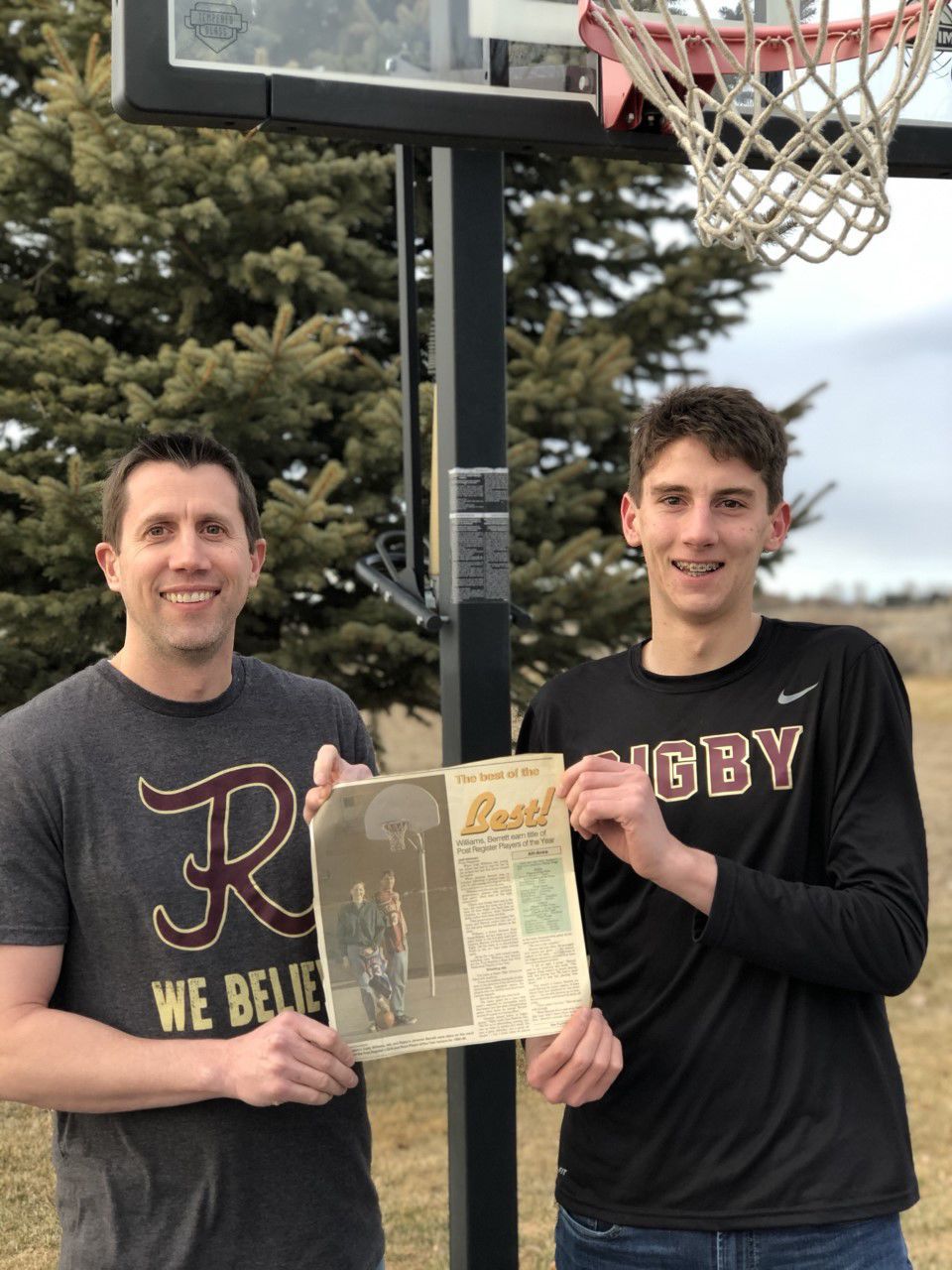 Jeremie Berrett and son Britton Berrett pose with the front page story of Jeremie's 1996 Post Register Player of the Year selection. Britton won the honor in 2020.

Jeremie Berrett and son Britton Berrett pose with the front page story of Jeremie's 1996 Post Register Player of the Year selection. Britton won the honor in 2020.

Most days Britton Berrett can be found shooting around on his hoop at home or practicing down at the local church. His father Jeremie typically joins along.

That’s the way it’s been in the Berrett household since Britton was about 2 and playing with his toy basketball hoop in the living room, Jeremie said.

At the time, there wasn’t much talk about a Berrett legacy at Rigby High, but it was clear young Britton was fascinated with the game.

Jeremie, who was part of the Rigby team that reached the state championship game in 1996, was named Post Register Player of the Year that season. Twenty-four years later, Britton earns the honor after leading Rigby to a 25-2 record and a consolation trophy at the 5A state tournament.

The youngster that grew up playing the game he learned to love from his dad, developed into the area’s best all-around player with a calmness and skill only matched by his competiveness.

“I have never seen a kid so composed throughout the whole game as that kid,” Bonneville coach John Tucker said. “That’s what really amazed me. He was always composed. I felt he impacted the game without having to score all the time. He made sure other kids got involved and did what they were supposed to do, but when they needed a bucket, he was the guy who got the bucket.”

Berrett averaged around 20 points, but on a team loaded with experience and talent, he didn’t have to be the go-to scorer.

“What he did was incredible,” said Madison coach Travis Schwab, who saw Britton pull out all the stops as Rigby defeated the rival Bobcats four times this season. “He’s legit. We’re trying to prepare against the kid and trying everything we can to stop him and he still was able to do some things. He’s a complete player.”

As basketball became his passion, Britton’s work ethic took over and his skill level was on par with older players. Jeremie said there was never a concern about burnout, even as Britton declared from an early age that his goal was to one day play for Rigby High.

At 6-foot-4, Britton could shoot over smaller guards, but also had the skill to drive to the basket. If there was space, he’d launch a 3-pointer and became deadly accurate from long range.

Those countless hours shooting at home in the driveway or at church paid off.

“You have to pay so much attention to him,” Thunder Ridge coach Lee Toldson said. “If you leave him open he can knock down a shot. If you get right up on him he can put the ball on the floor and create for himself and create for others.”

Rigby’s run to a 5A state title came up short after a loss to Eagle in the opening round of the state tournament. Britton said the disappointment was overwhelming at the time, but the Trojans won their final two games to earn the consolation trophy.

Britton will take a Church of Jesus Christ of Latter-day Saints two-year mission before deciding where to play in college.

In the meantime, he’ll be shooting hoops in the driveway.