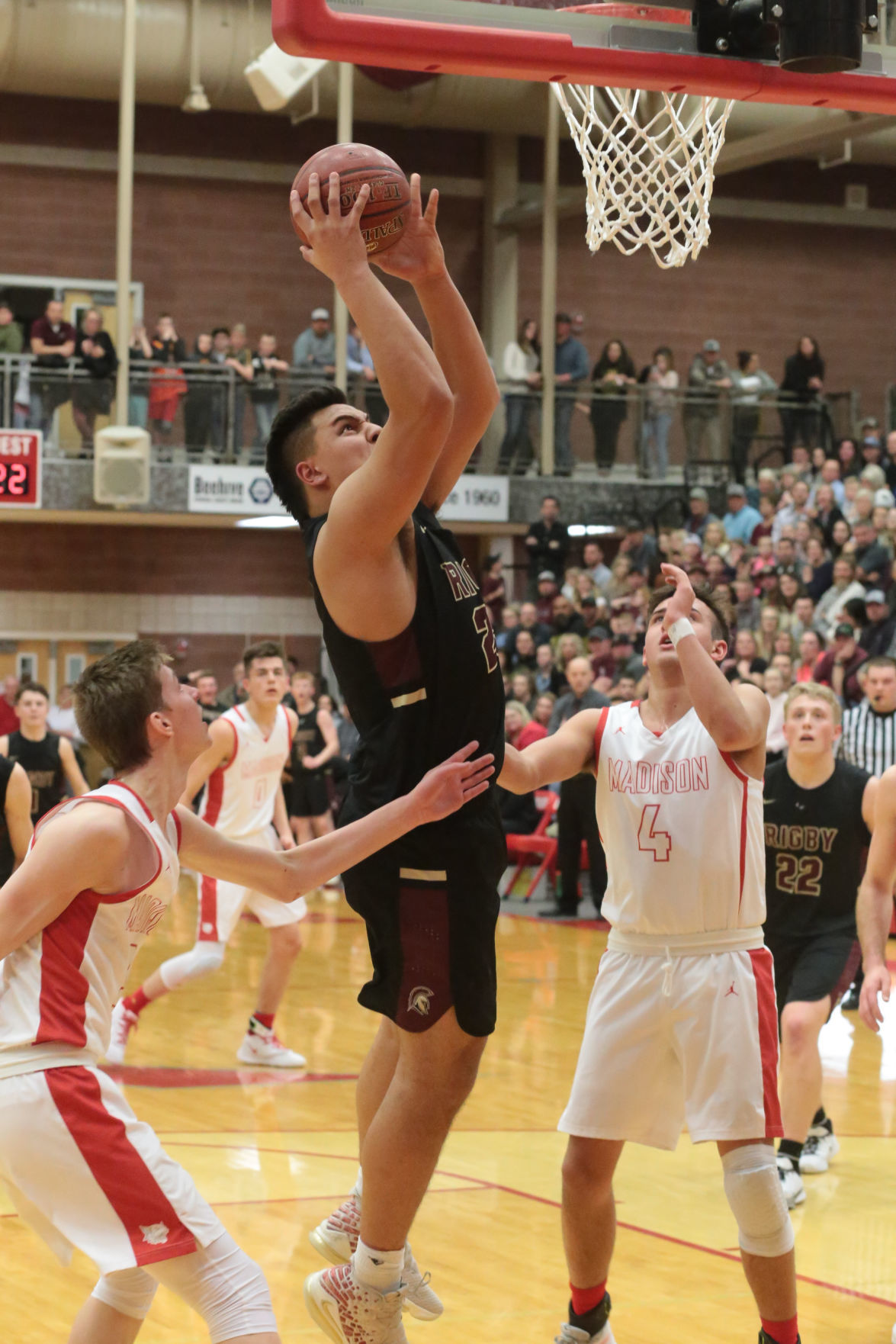 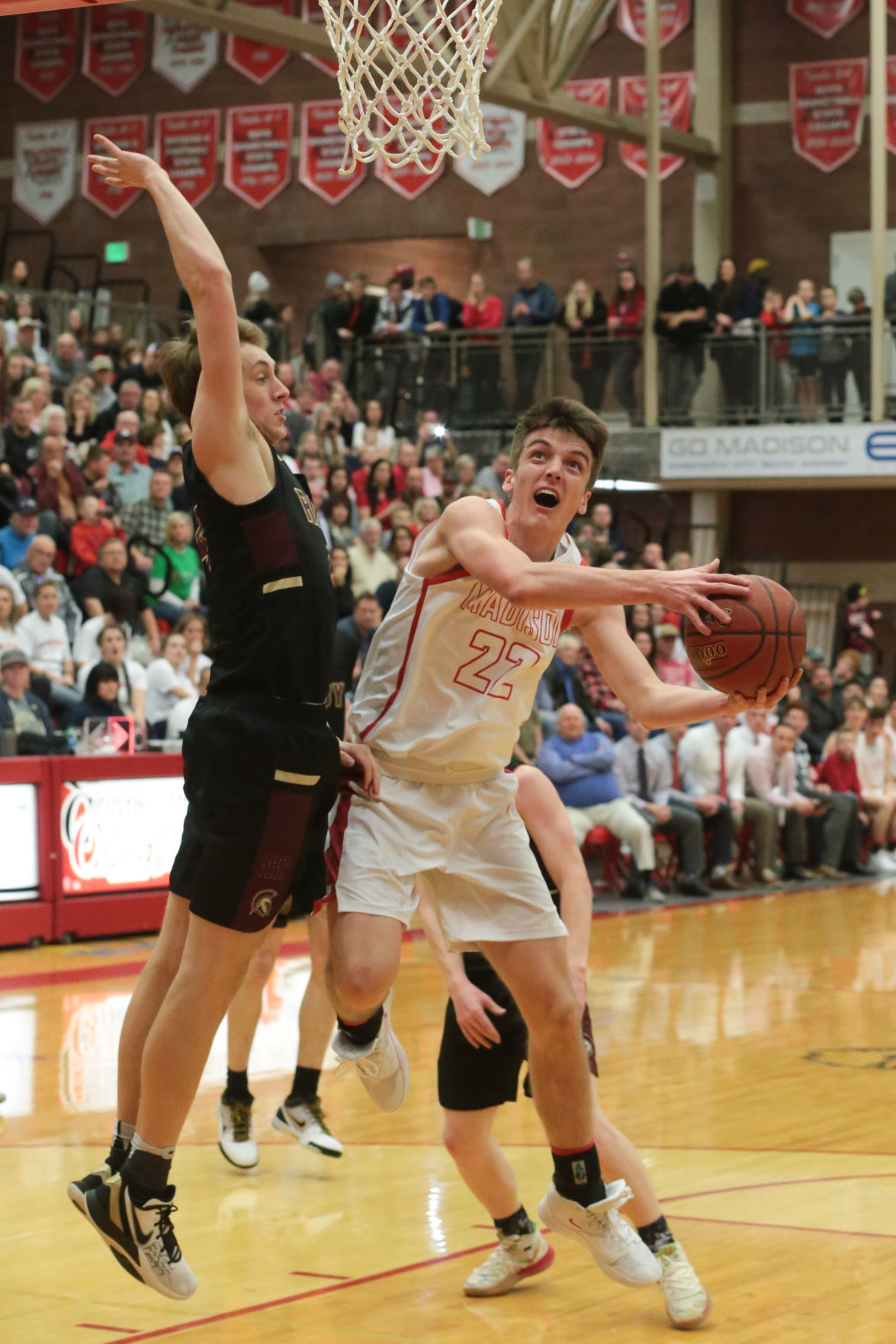 Madison's Taden King drives in for the shot during Friday's game versus Rigby at Madison High School. 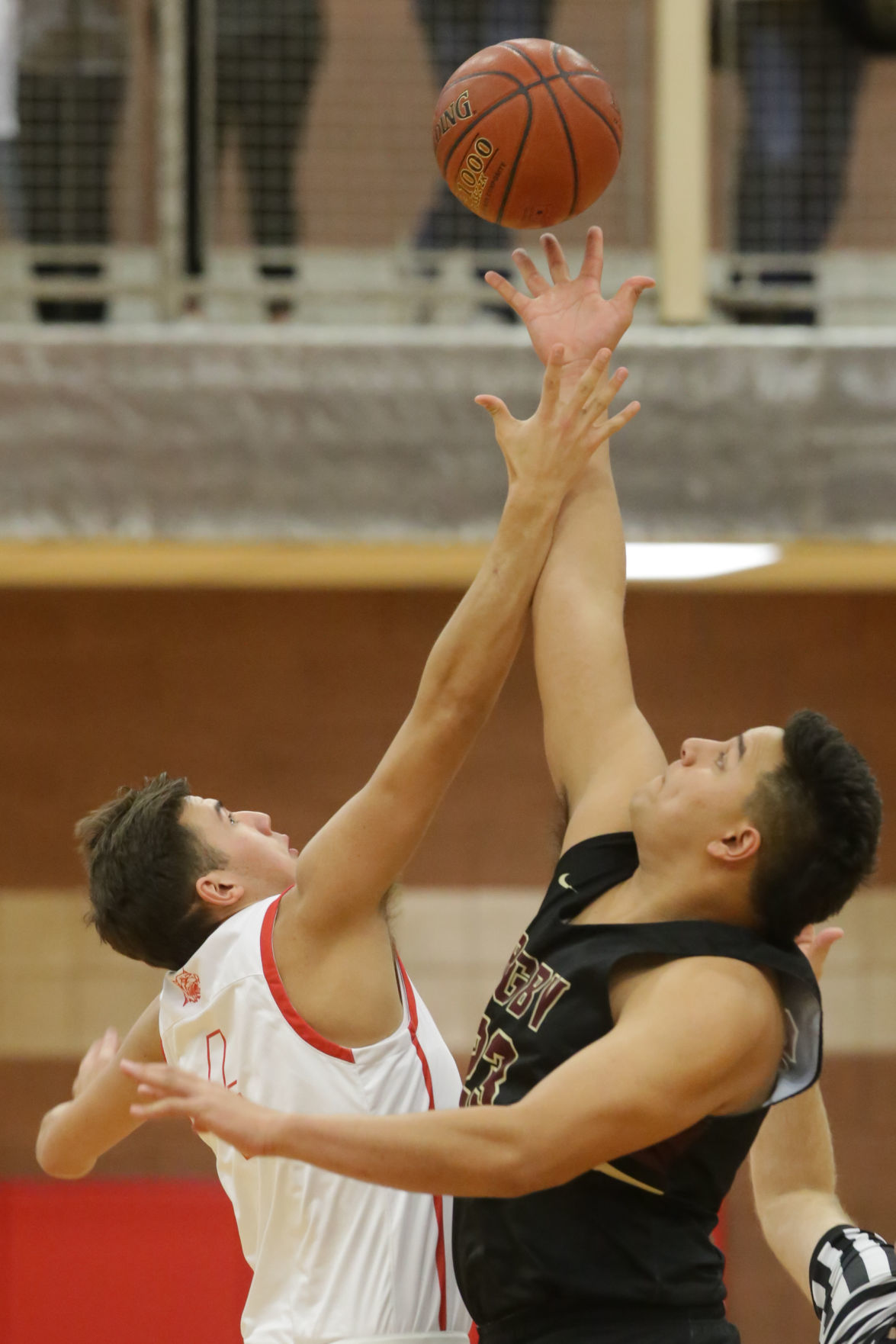 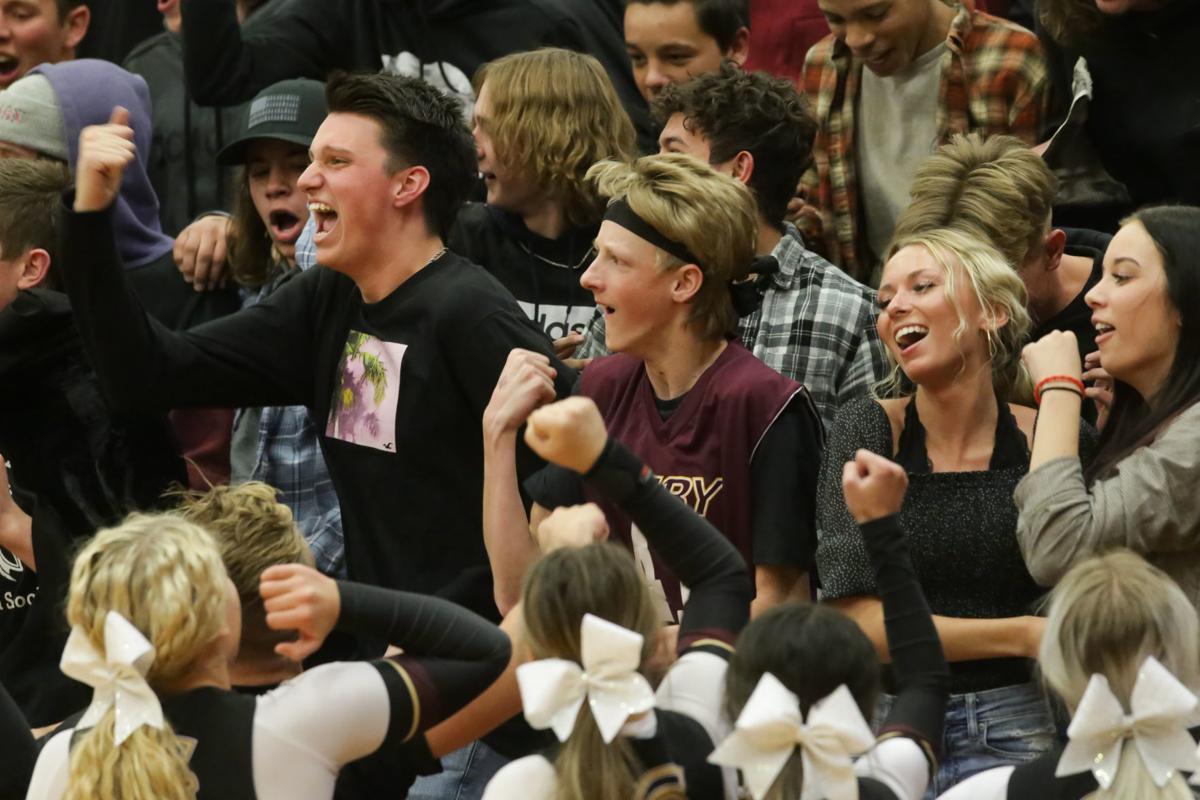 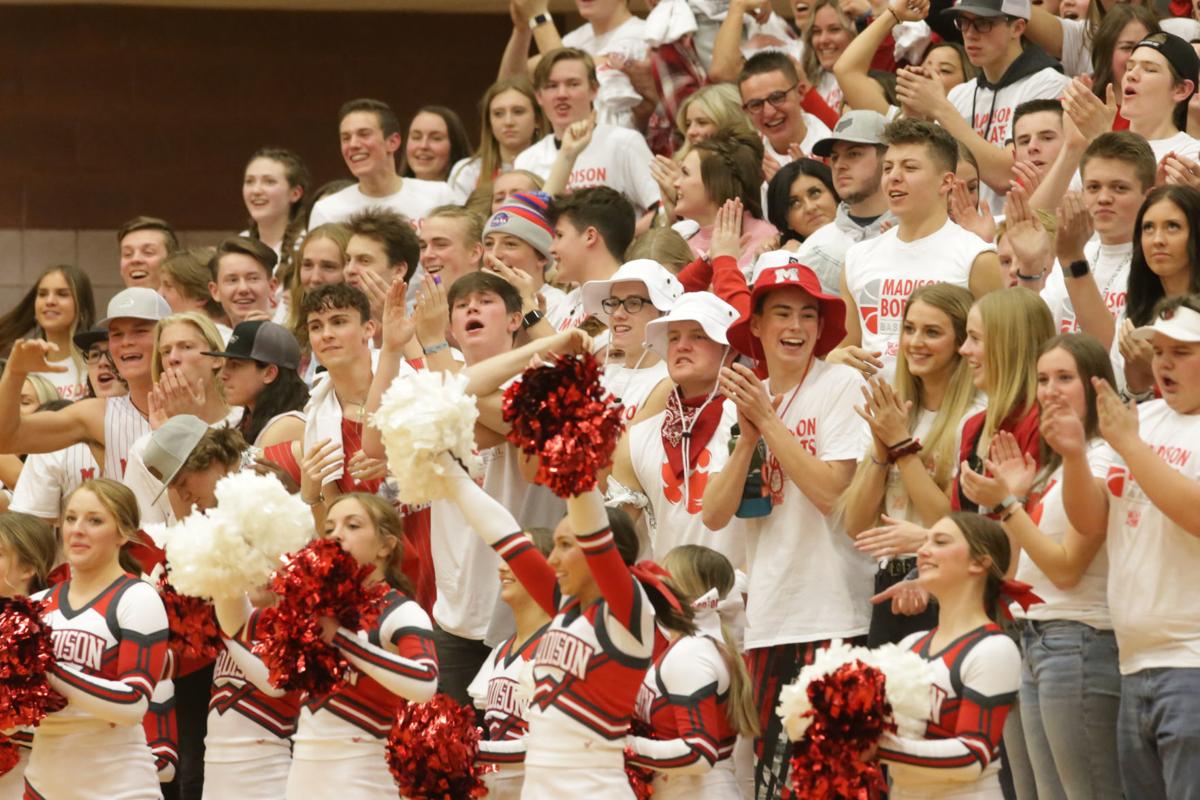 Madison's Taden King drives in for the shot during Friday's game versus Rigby at Madison High School.

REXBURG – The 5A District 5-6 boys basketball tournament bracket was already set before rivals Rigby and Madison tipped off Friday night in the teams’ regular-season finale.

Rigby already had the No. 1 seed sewn up and Madison was set at No. 2, but that didn’t diminish the intensity of the game or the fierce spirit in the packed Madison gym.

“It was an unbelievable environment,” Madison coach Travis Schwab said following another entertaining Trojans-Bobcats matchup in which Rigby took an early lead and then held off Madison late for a 73-63 victory.

The outcome didn’t have postseason implications, but both teams took away what they needed going forward, Schwab said.

“I’m so proud of our kids,” said Schwab. “Our defense had some lapses at times, but our kids never gave up.”

Rigby built a 10-point lead with 4:43 left in the first half, but the Bobcats closed the half on a 9-1 run. The one Rigby point came from a free throw by Kaden Miller after he was fouled at the buzzer.

That was the theme for the rest of the game. Rigby, with its cast of talented seniors, started to build on its lead in the third, despite Tanao Togiai sitting with four fouls.

At 10-point Trojan lead in the third was turned into a 61-46 advantage midway through the fourth, but Madison came charging back.

A 3-pointer by Taden King pulled Madison within four points with about a minute left, but the Bobcats would get no closer. Brycen Uffens scored Rigby’s next seven points as the Trojans hit their free throws down the stretch to preserve the victory, improve to 20-1 and finish 6-0 in conference.

“I think it’s just building some confidence towards the end of the season,” said Rigby’s Britton Berrett, who finished with 28 points and connected on four of nine 3-pointers. “The teams that do well at district tournaments and at state, they’re the ones that have been on a roll. You never want that loss, especially in a rivalry game like this.”

“Just to be relentless throughout the night,” Rigby coach Justin Jones said. “We didn’t get caught up in the emotion and they kept their focus in an environment like this. I’m proud of them for keeping their composure and making plays down the stretch.”

Rigby won last week’s matchup 57-53 over Madison to put itself in the driver’s seat for district play. The tiebreaker scenario if Madison won Friday was already decided. Rigby earned the potential tiebreaker by virtue of defeating the highest seed in 4A District 6 – Idaho Falls – twice during the regular season.

The district tournament starts Tuesday with top-seeded Rigby hosting No. 4 Highland and No. 2 Madison hosting No. 3 Thunder Ridge.