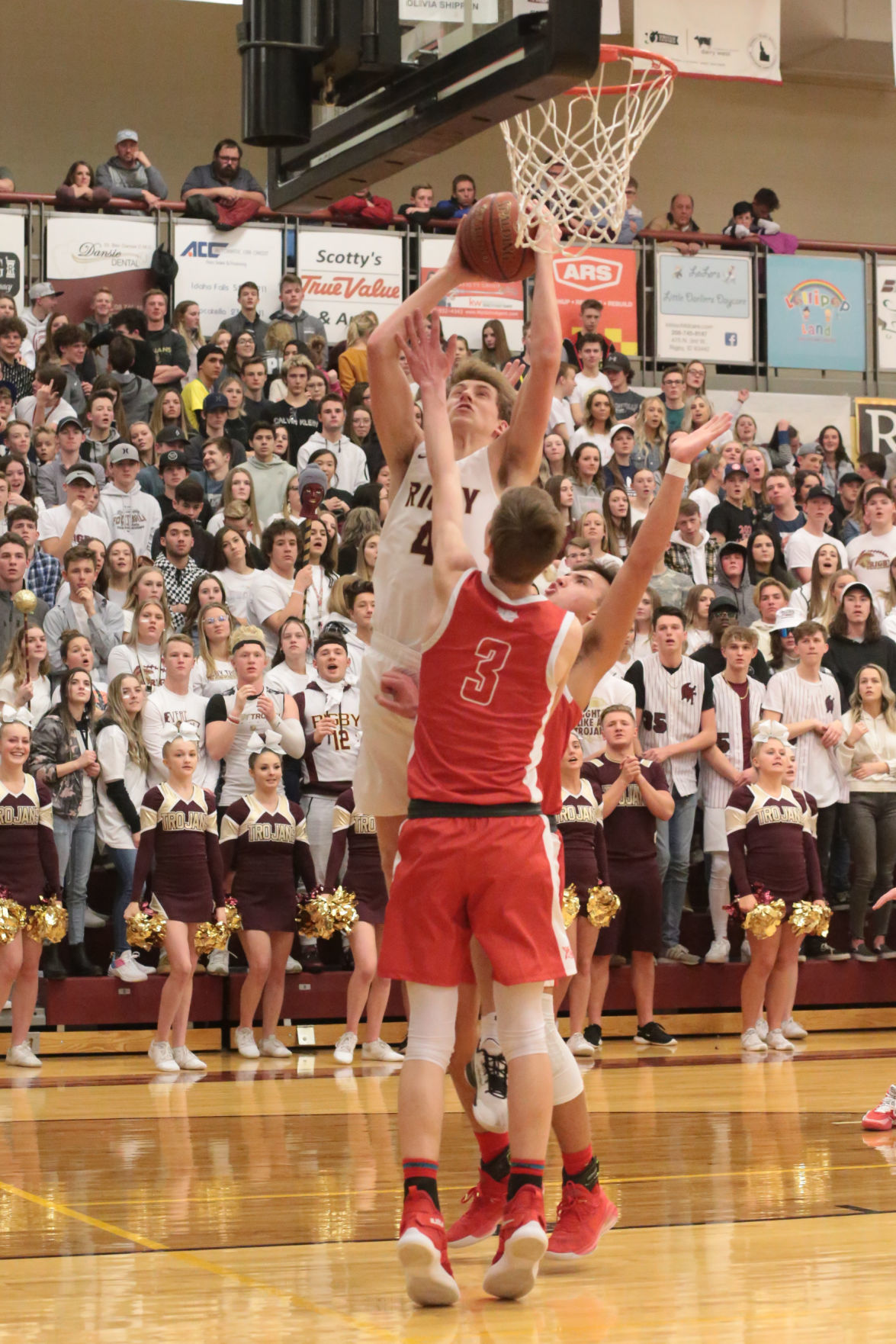 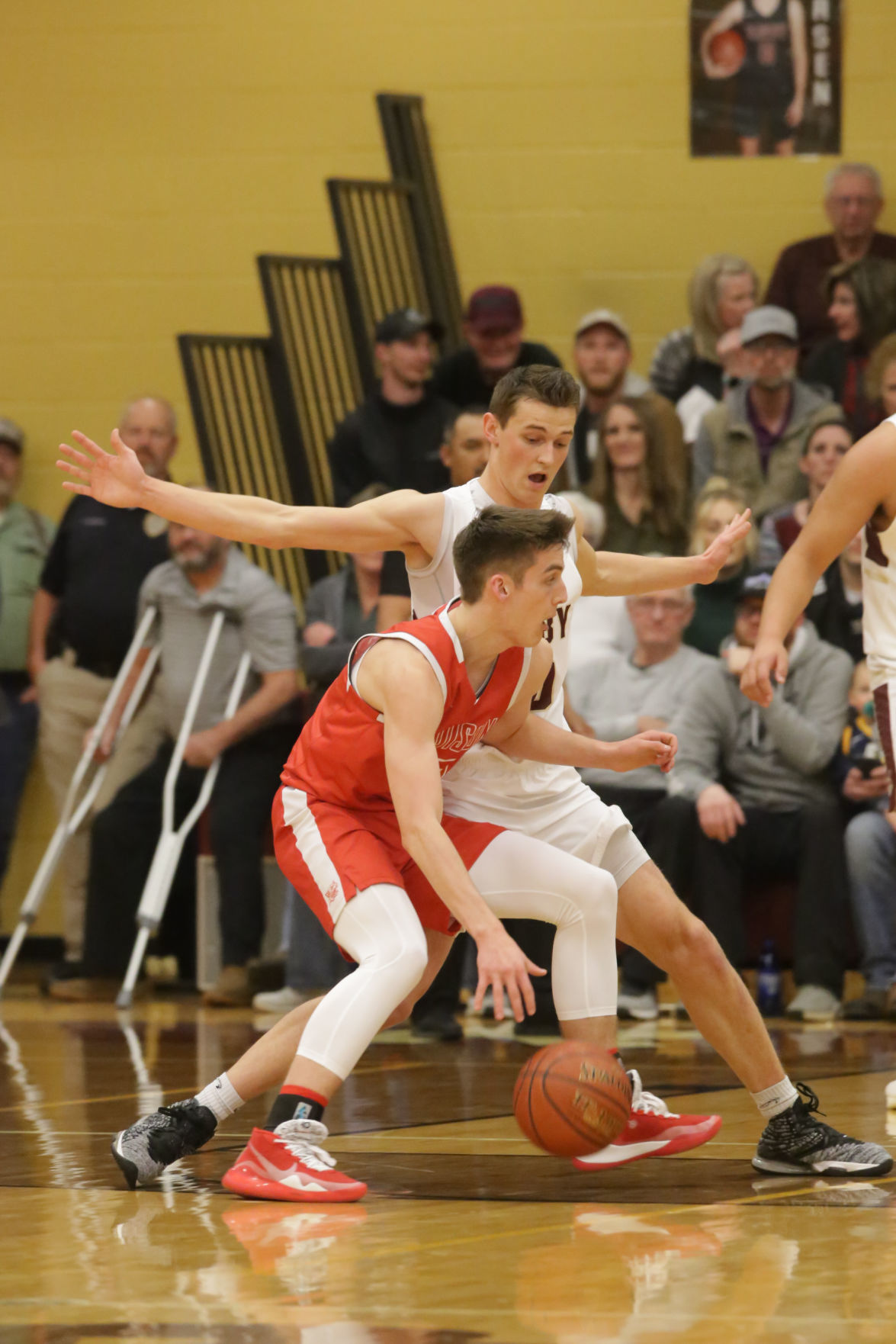 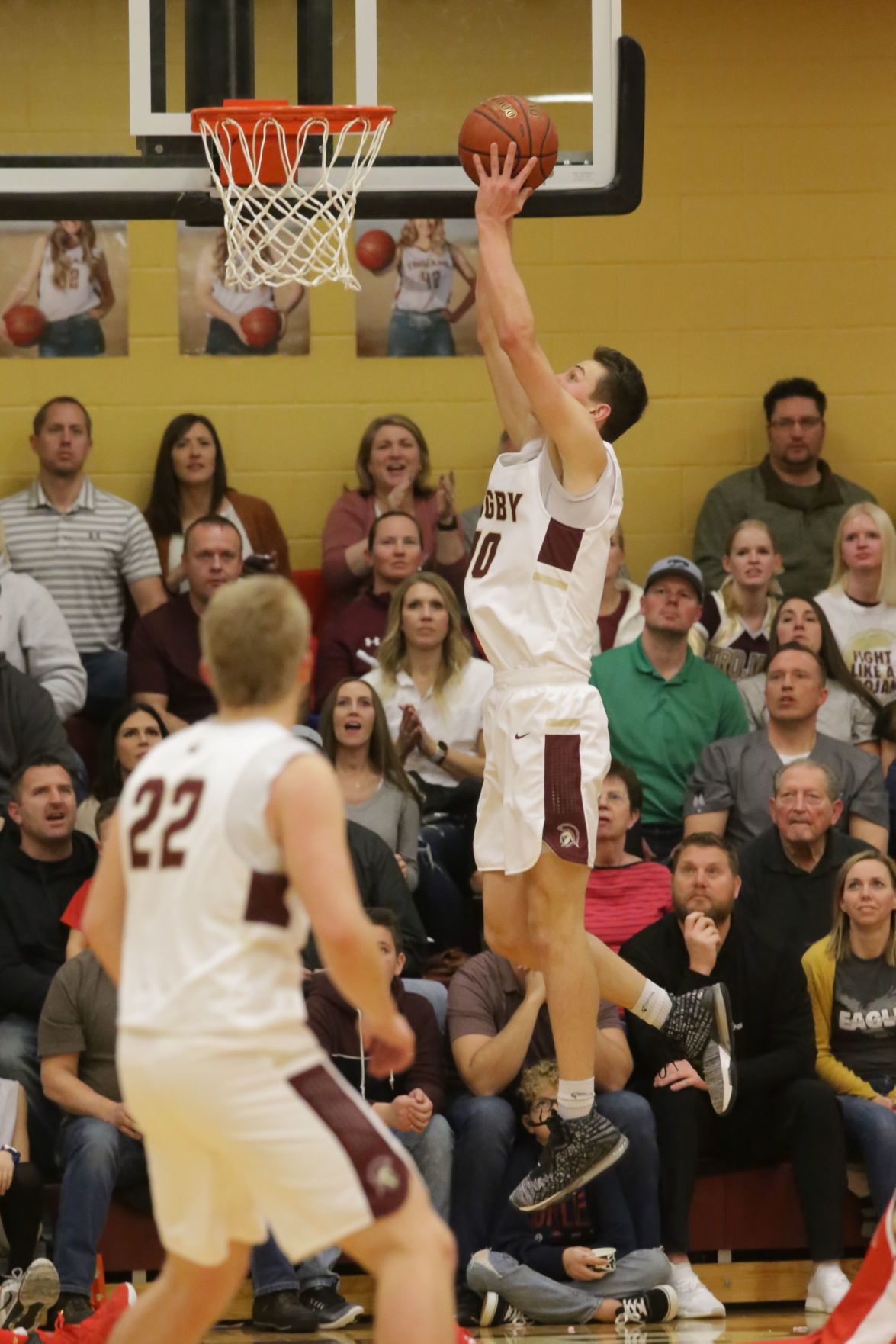 Rigby’s Keegan Thompson elevates for a shot during Wednesday’s game versus Madison at Rigby High School. 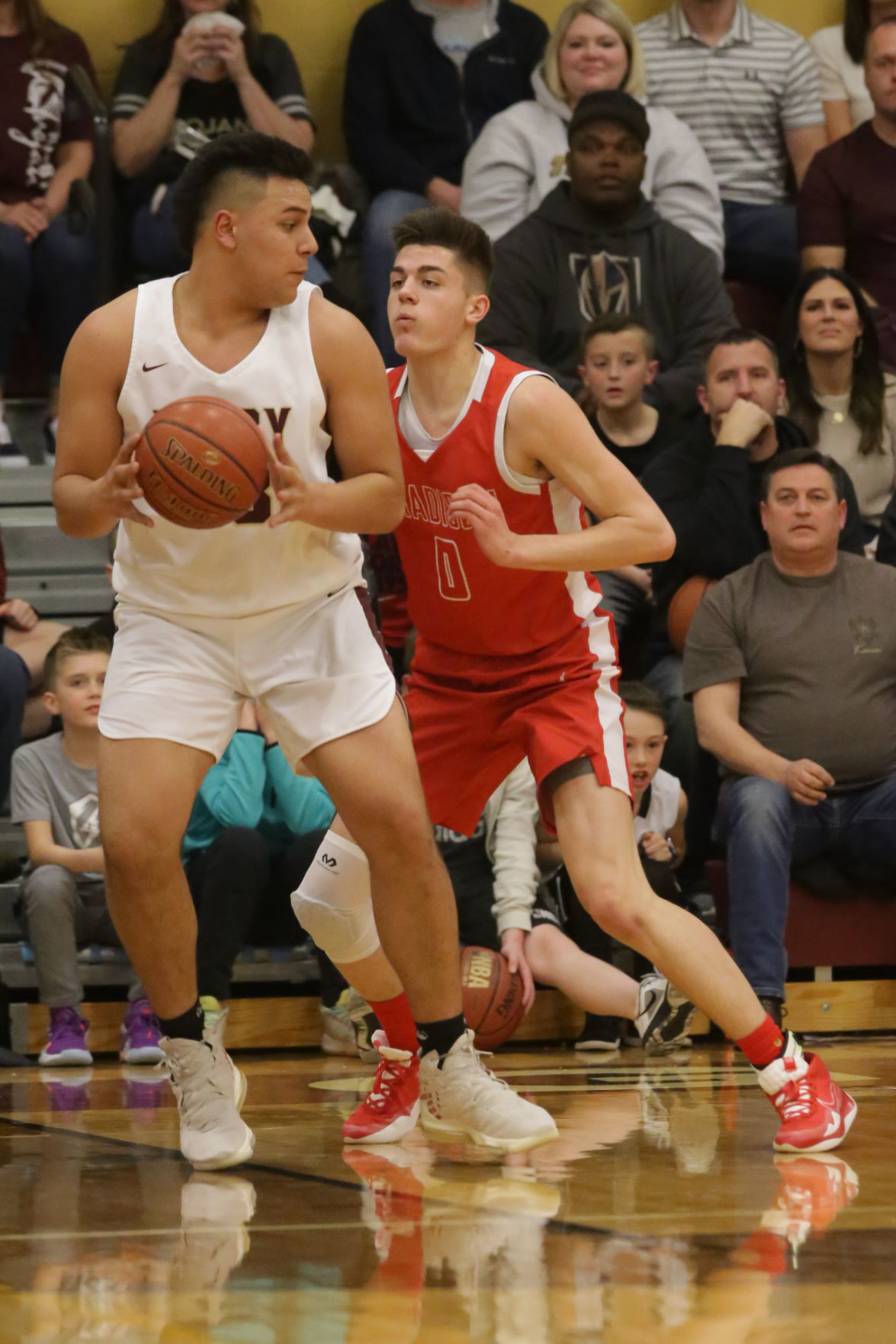 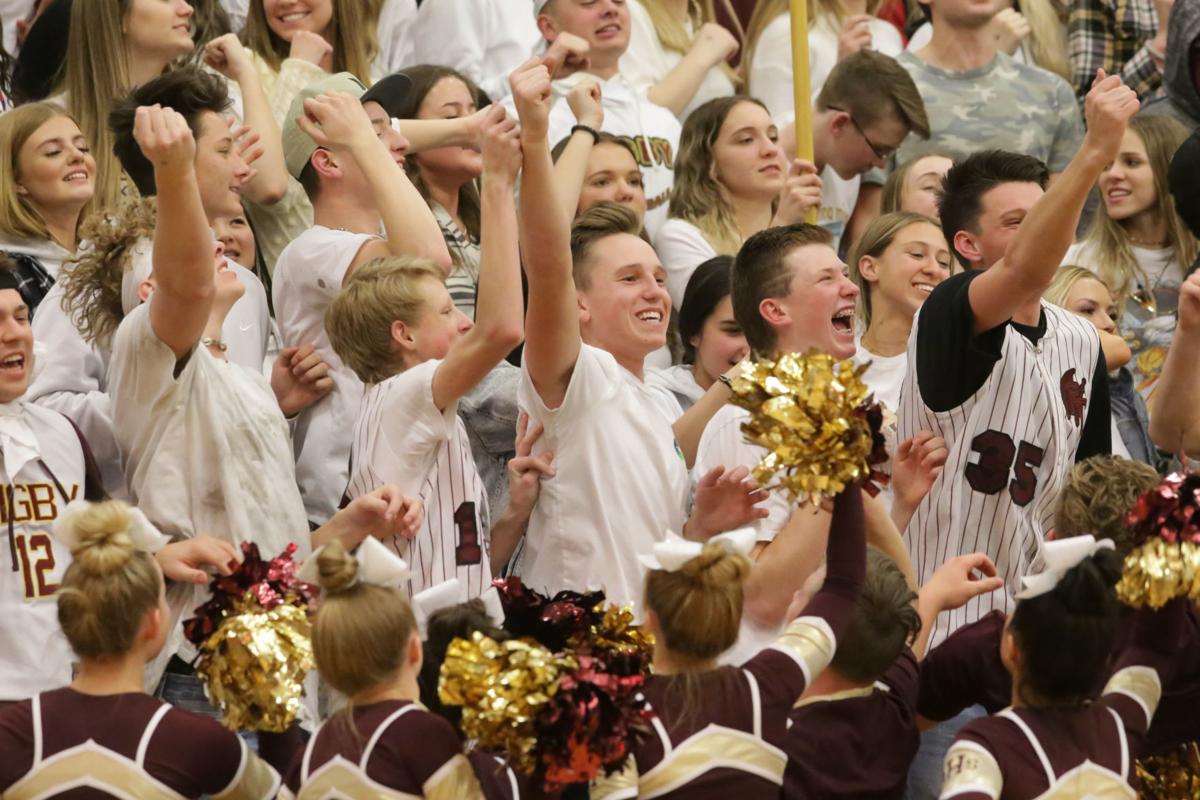 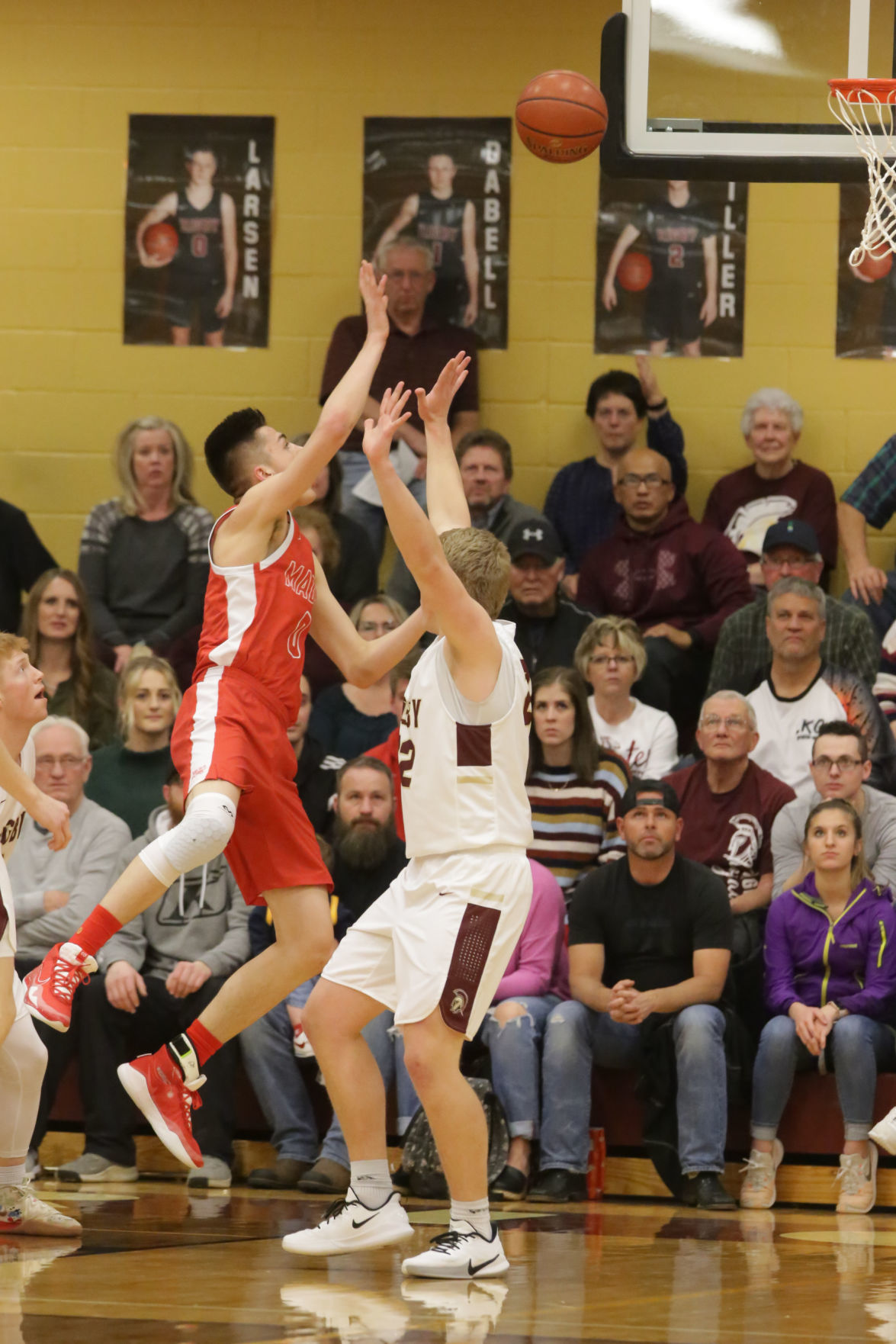 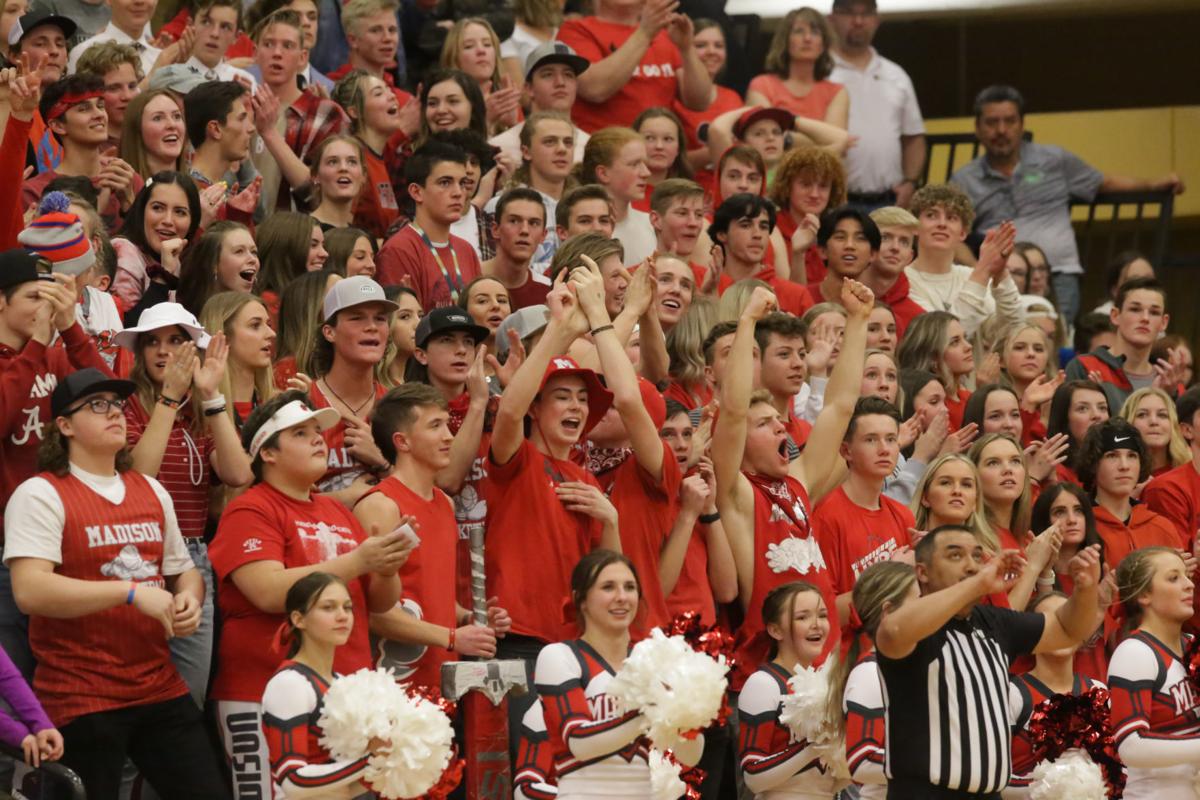 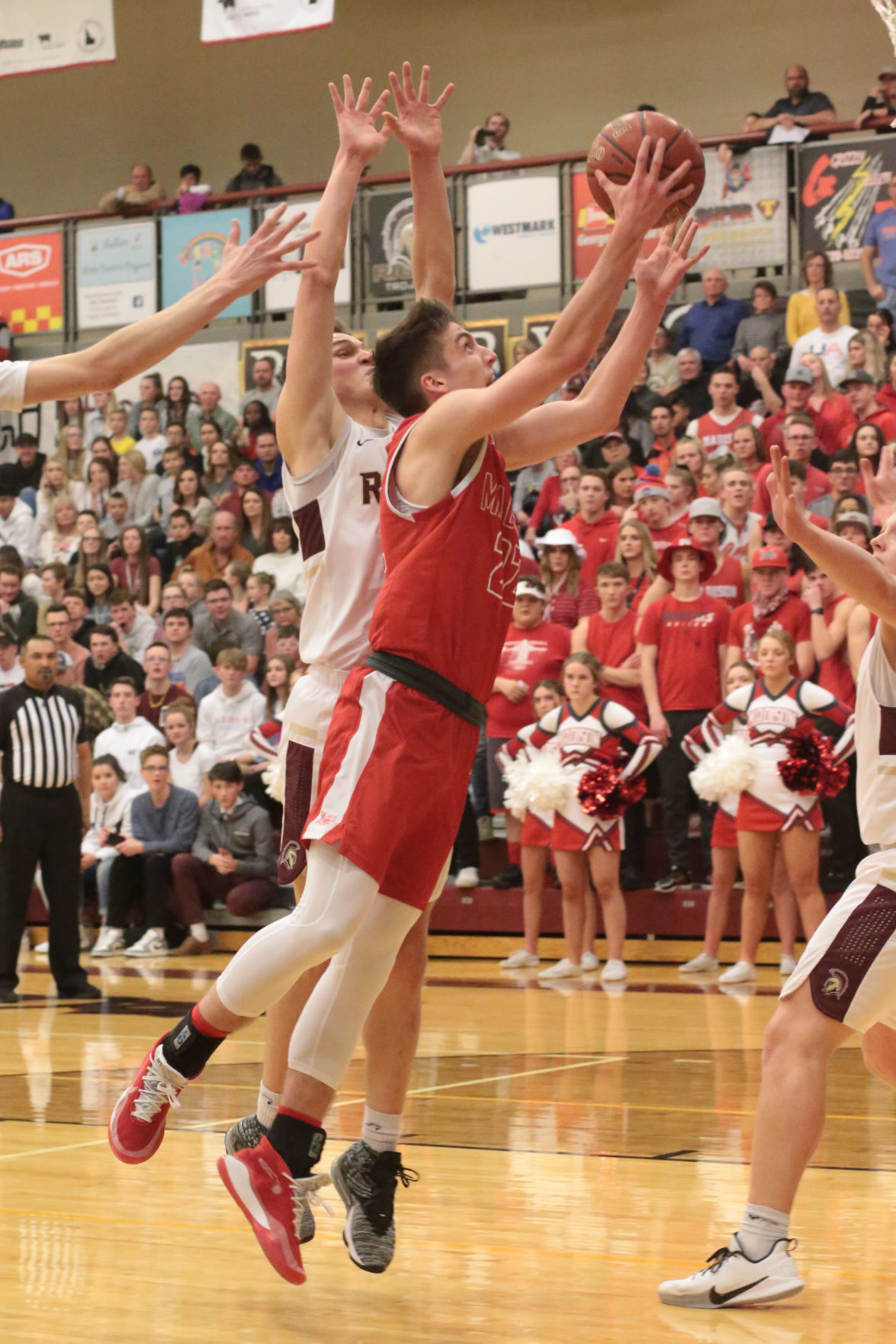 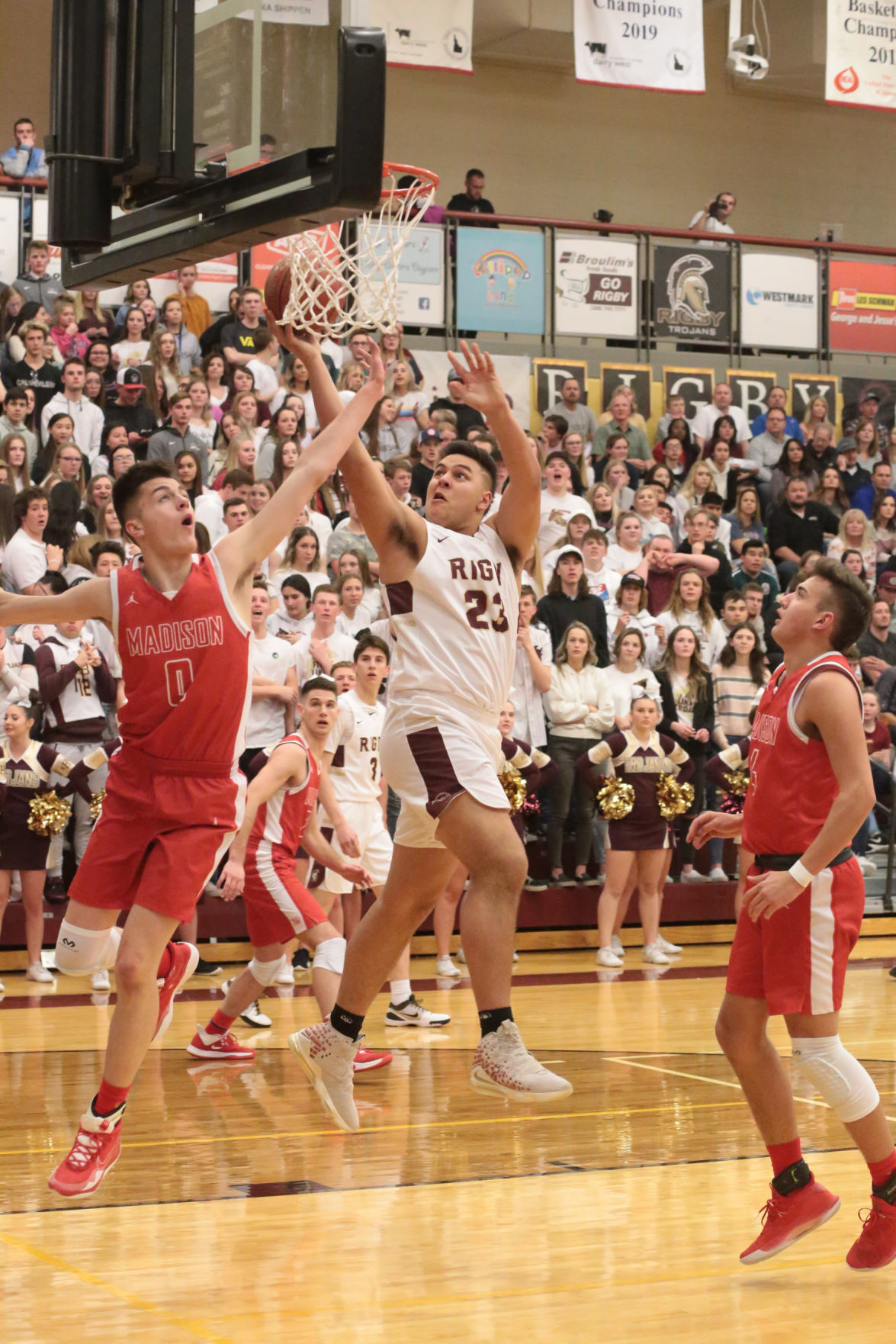 Rigby’s Keegan Thompson elevates for a shot during Wednesday’s game versus Madison at Rigby High School.

RIGBY—It was a memorable Wednesday at Rigby High as the afternoon started with football players Tanoa Togiai and Christian Fredericksen signing national letters of intent. The nightcap of the day was another thrilling basketball game between Rigby and Madison in eastern Idaho’s most fierce rivalry.

In the end, it was host Rigby celebrating a 57-53 victory as the Trojans overcame a 10-0 deficit to start the game and then held off every charge the Bobcats made down the stretch.

“This was a good test where we’re at,” Rigby coach Justin Jones said. “We responded (after the early deficit) but we still have things to work on.”

The Trojans and Bobcats entered the game unbeaten in conference and both had win streaks—the Trojans had won 11 straight and moved to No. 3 in the 5A state media poll—while Madison entered having won six of seven.

As usual for the rivalry game, the Rigby gym was packed and the compeititon was living up to the hype as Rigby overcame the 10-0 deficit and the teams entered the half tied at 27-27.

The third quarter ended tied at 42-42 and the drama was just beginning.

“It was a crazy atmosphere but everyone looks forward to it,” said Rigby’s Keegan Thompson, who finished with a team-high 17 points and was clutch down the stretch in the fourth quarter with back-to-back buckets to put Rigby up 54-51 with 1:15 left.

Madison closed within 54-53 on a pair of free throws by Taden King with 54 seconds left, but the Bobcats would get no closer.

“I’m so proud of our guys,” Madison coach Travis Schwab said. “We came in here and battled.”

The teams meet in the regular season finale on Feb. 14 at Madison, but Schwab was quick to point out the remaining conference games against Highland and Thunder Ridge. Last year, the Bobcats were 4-1 versus Rigby, winning the district title on the way to placing second at the 5A state tournament.

Dawson Wills and Carson Downey led Madison with 16 points each.