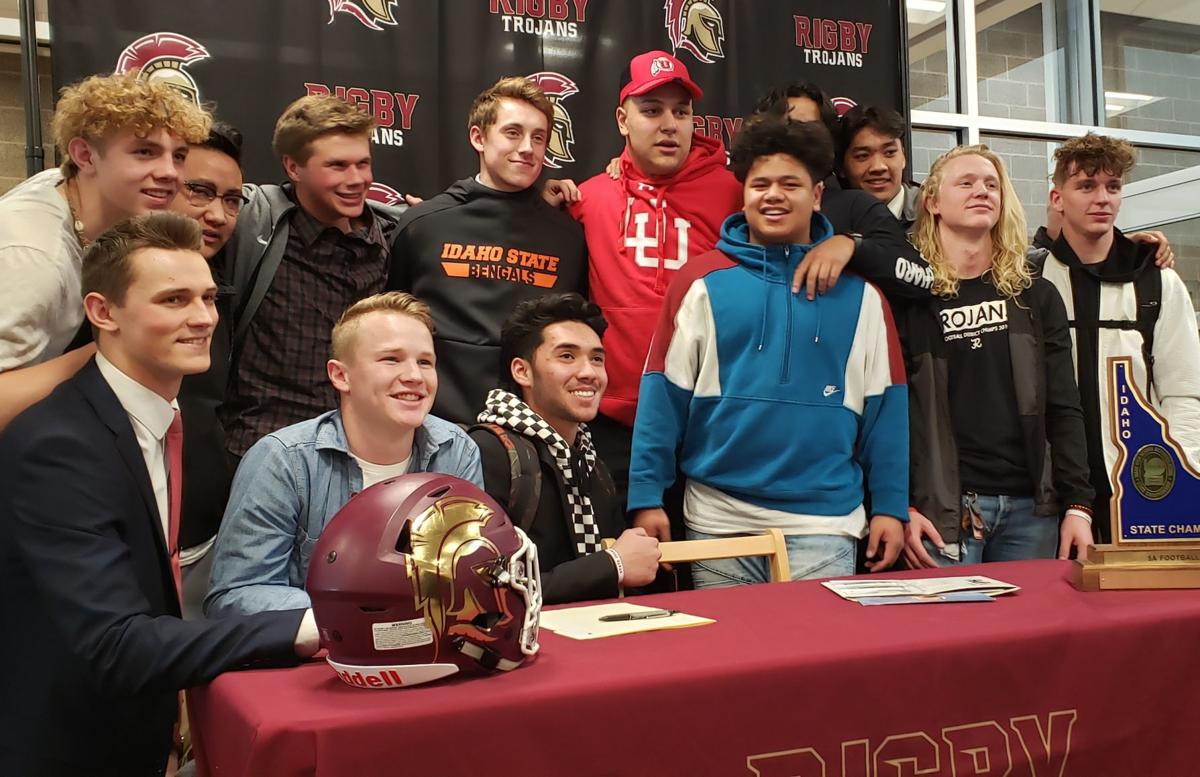 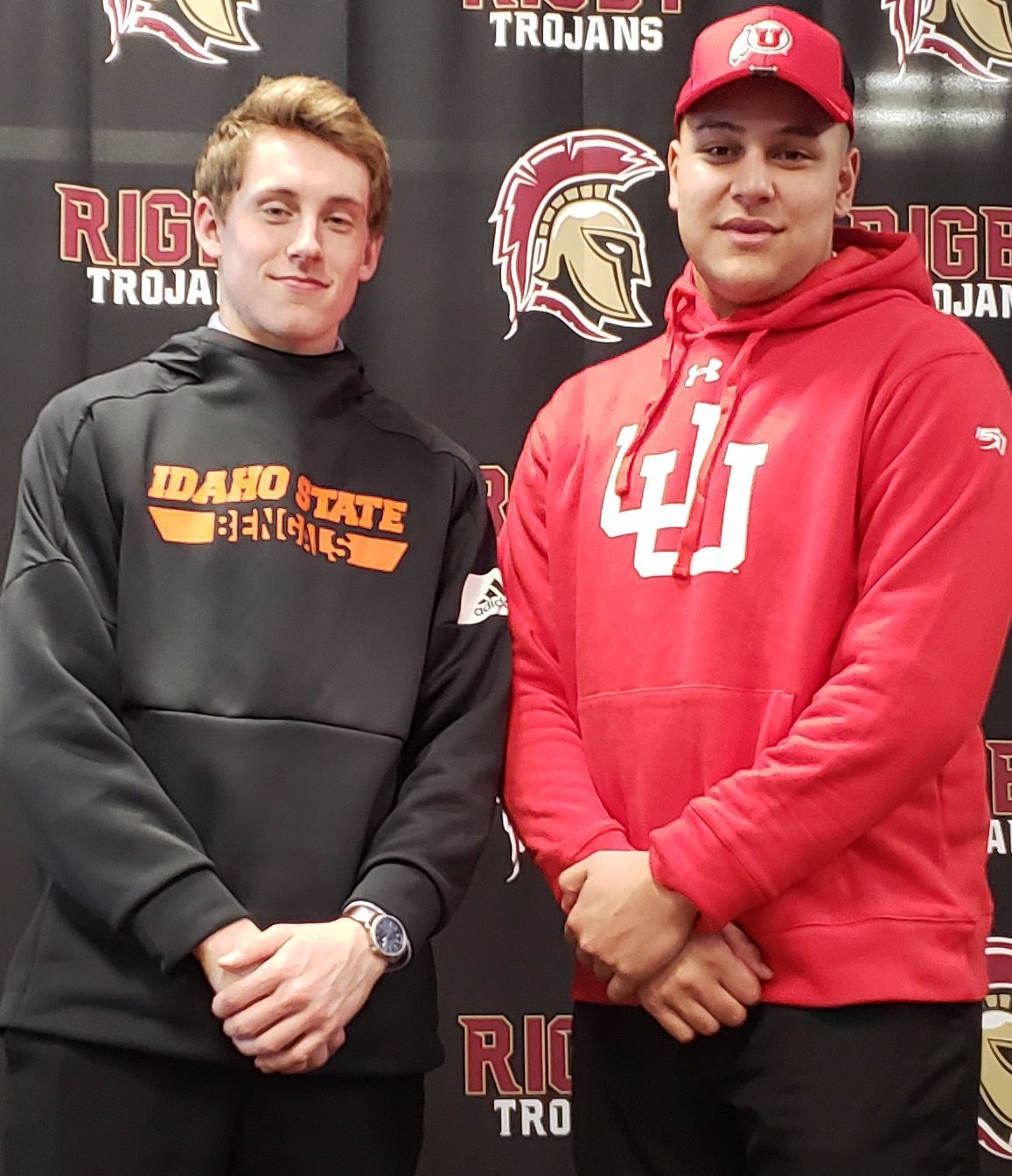 RIGBY – Tanoa Togiai, Rigby’s much heralded defensive lineman, had 15 offers from colleges both large and small, each wanting the 6-foot-7, 295-pounder to be a foundation on their defense.

As signing day approached, it appeared Nebraska was the frontrunner, but Togiai spent a lot of time going over his options and waited until the final day, finally making his pick on Wednesday afternoon in front of dozens of teammates, friends and family members in the Rigby library.

The look of relief was obvious as family members, many of whom did know which school Togiai would choose, celebrated.

Togiai said he made the final decision on Wednesday morning.

“Utah was closer to home, so all the support of my family and being able to come to my games was probably the biggest factor,” he said after posing for pictures with family and teammates.

Togiai made official visits to Kansas State, Utah, Nebraska and Washington, and said he really loved Nebraska and the coaching staff, but being closer to home was the final piece that swayed his decision.

“It’s kind of a relief,” he said after finally signing the letter of intent.

Togiai wasn’t the only Trojan celebrating on Wednesday. Receiver Christian Fredericksen was a key piece of Rigby’s run to the program’s first state championship. The 6-3 target caught seven touchdown passes in the playoffs and had 10 catches for 171 yards and four scores in the 5A state championship game, a wild 57-56 double overtime win over Coeur d’Alene.

“ISU was definitely the biggest (school to offer),” Fredericksen said, adding he made his decision when teammate Keegan Thompson signed with the Bengals in December.

Thompson, Rigby’s quarterback, piqued ISU’s interest because of his dual-threat skills. He will go on a two-year Church of Jesus Christ of Latter Day Saints mission prior to arriving in Pocatello. For Fredericksen, the chemistry of playing with Thompson in college, even with a two-year wait, helped in his decision.

“I know what he can do and he knows what I can do,” Fredericksen said. “The deep ball. That’s where I come in.”

Fredericksen said he knows several players in the ISU program and is ready to get on the field.

“I’m excited to be able to take my talents to the next level.”