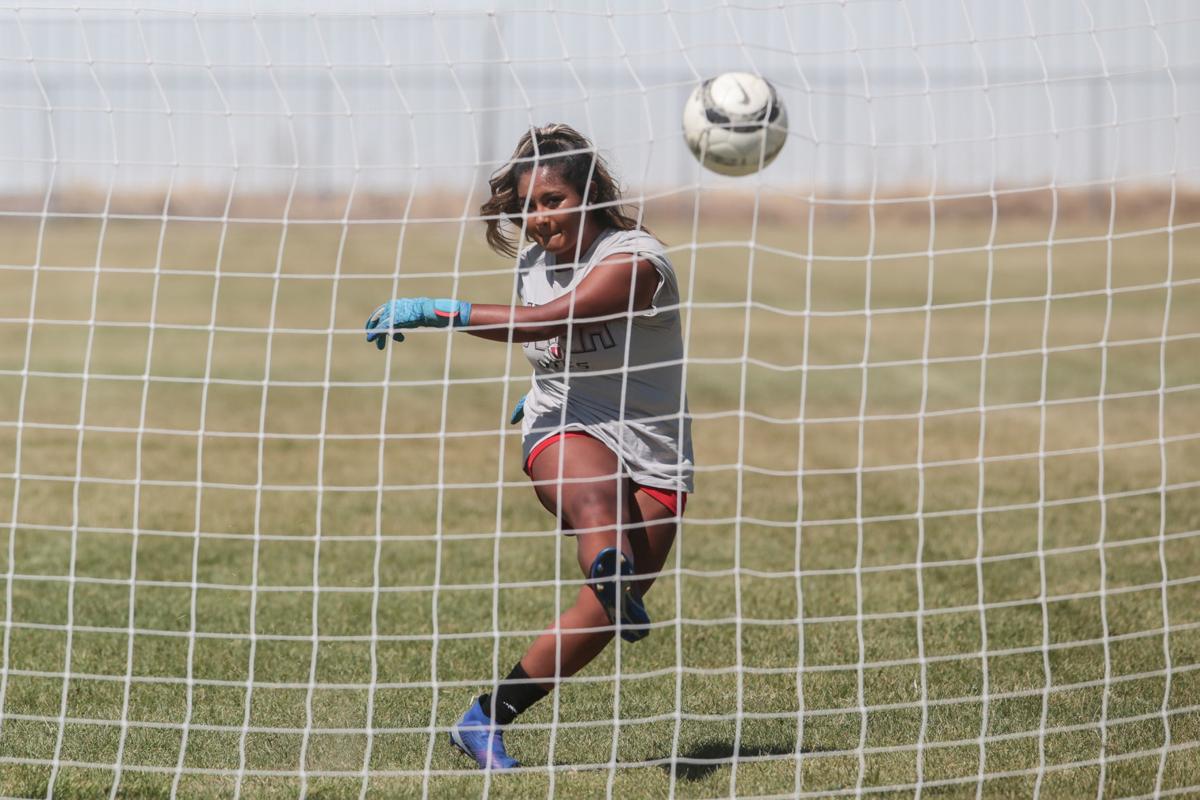 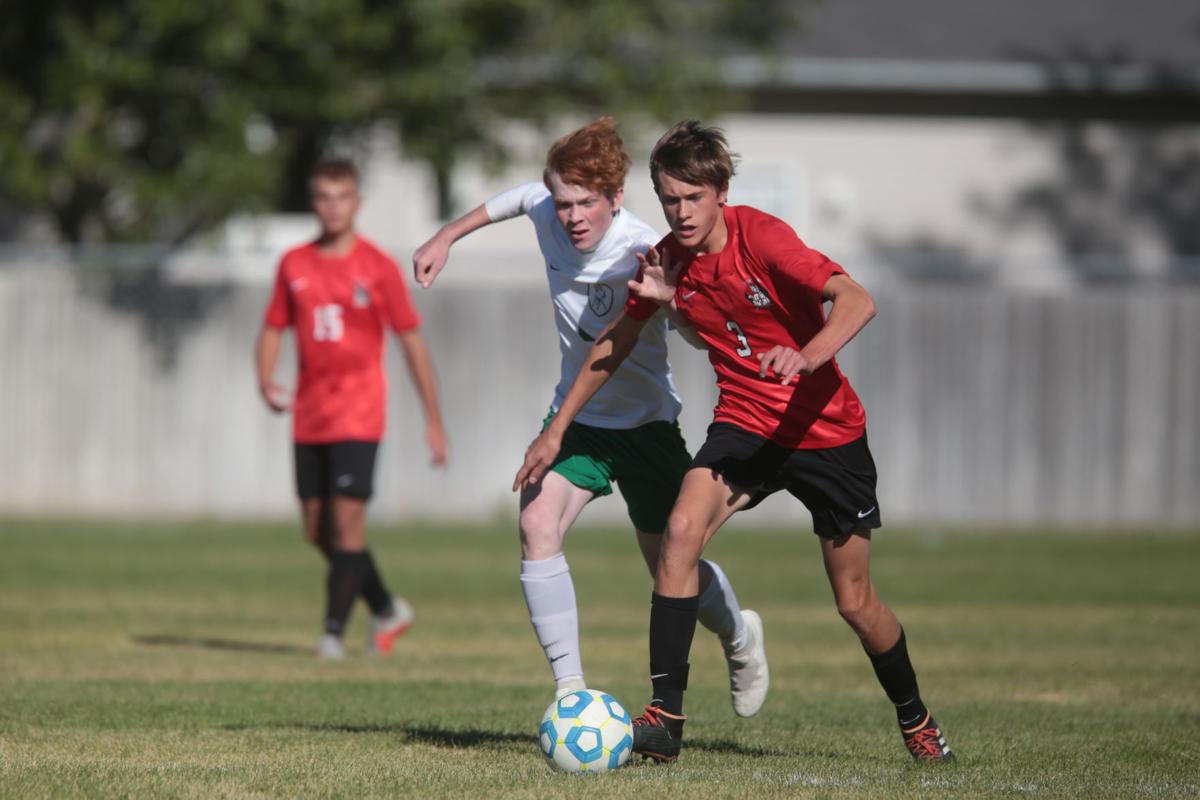 Hillcrest’s Benson Bateman and Blackfoot’s Kendall Henrickson fight for the ball during a game earlier this season. 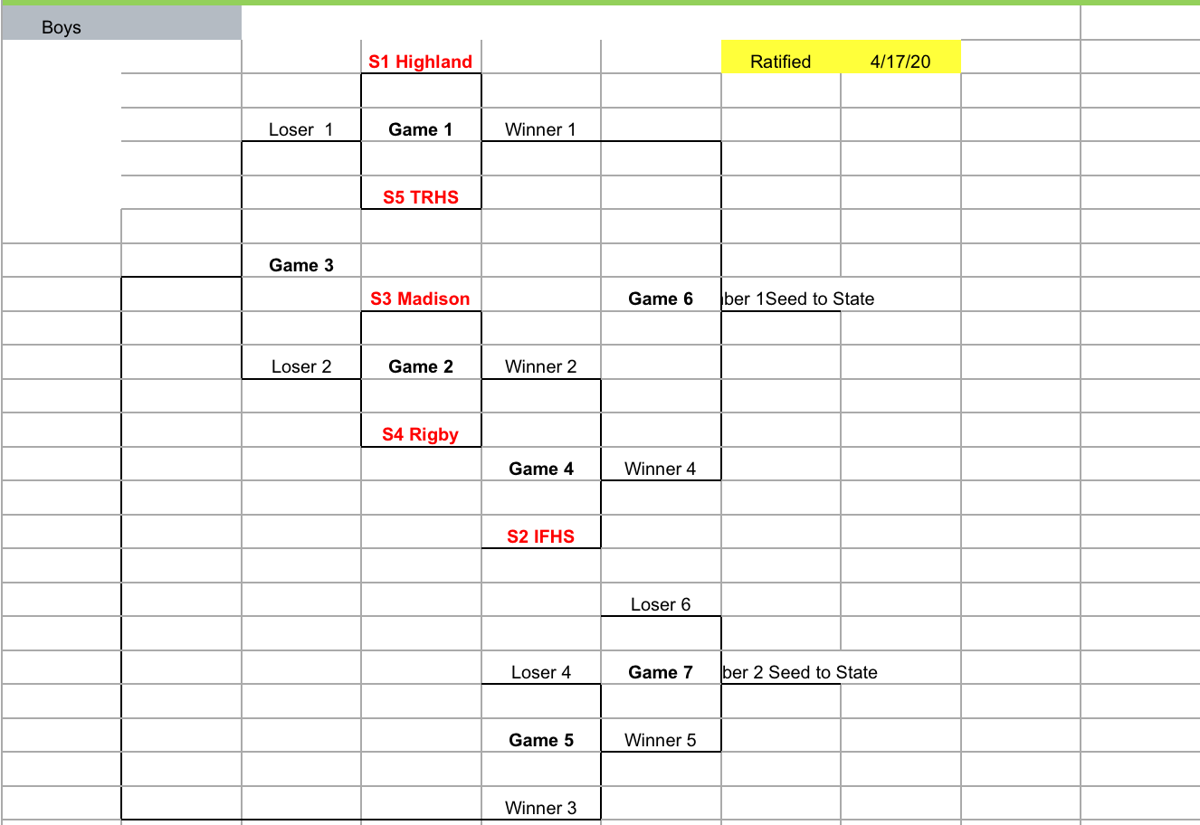 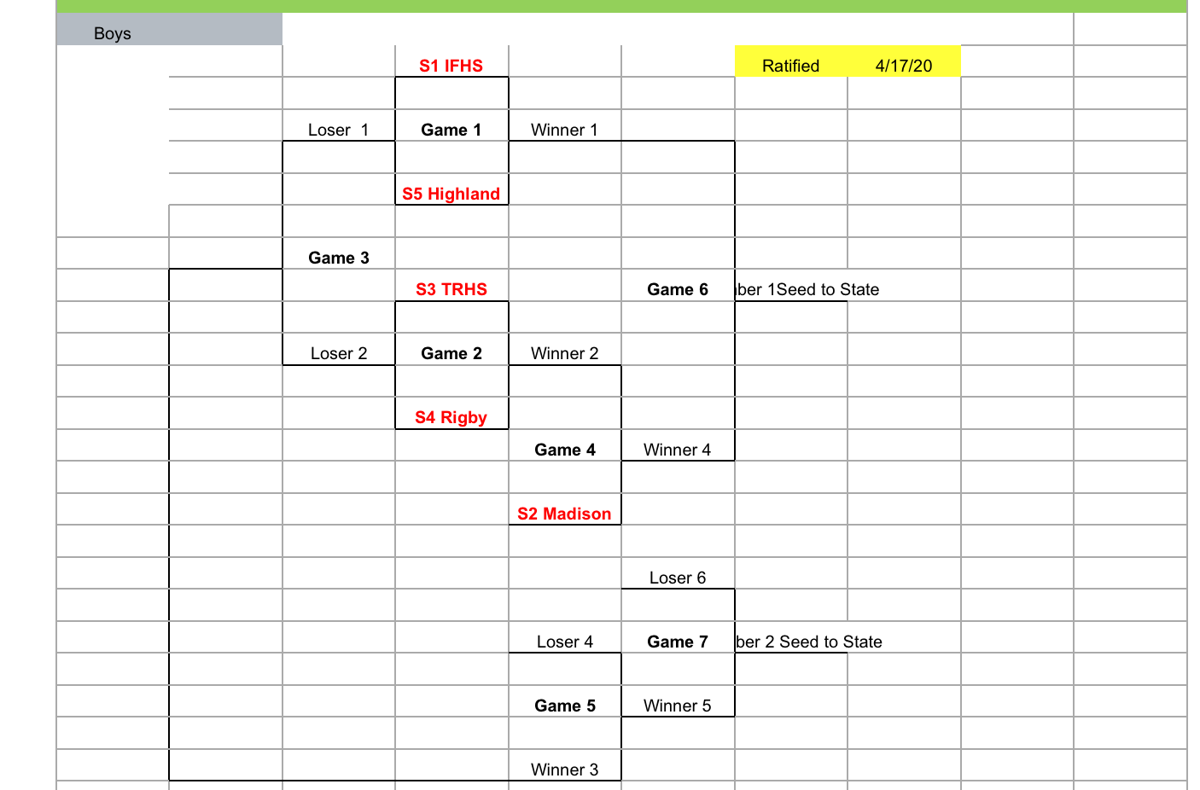 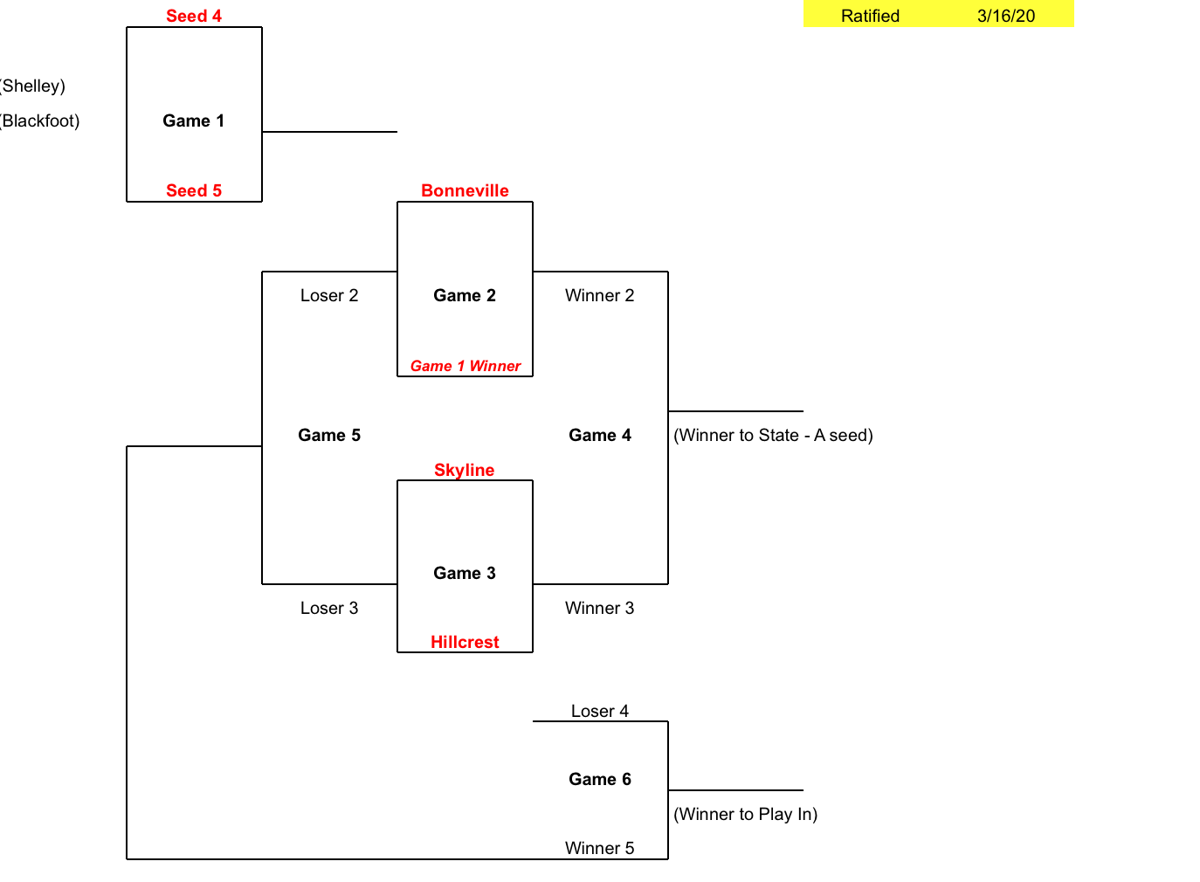 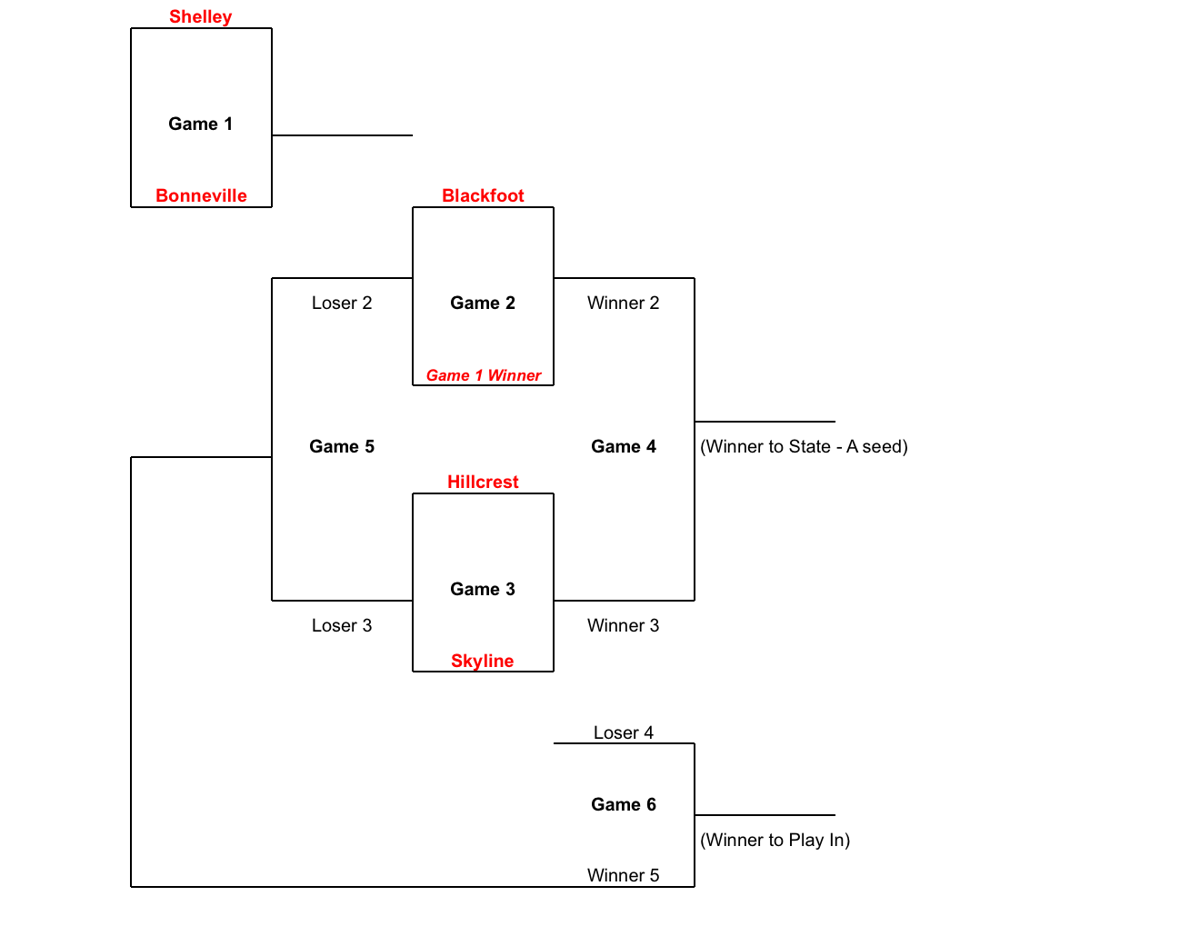 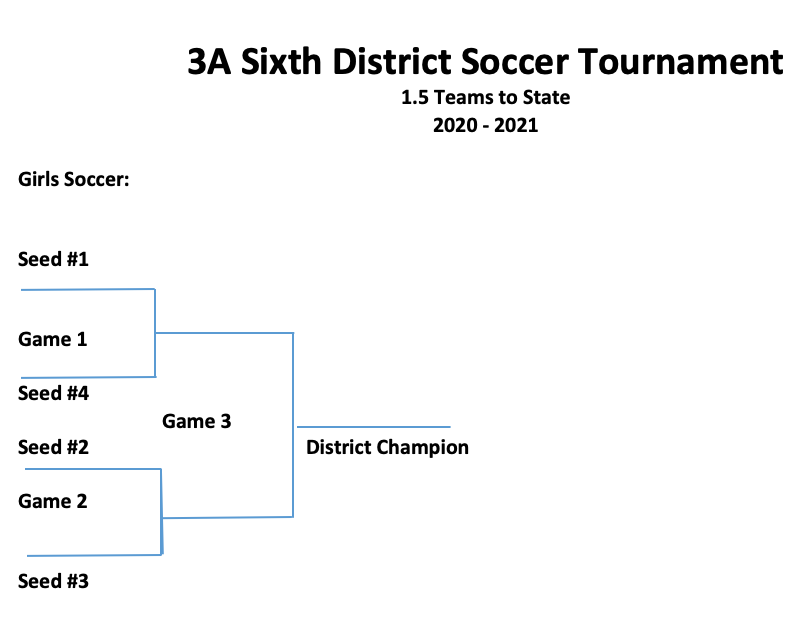 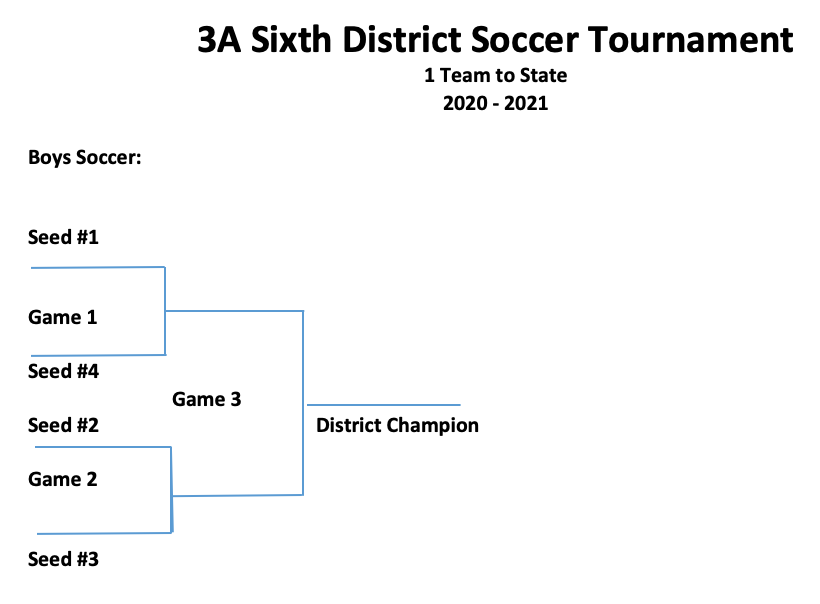 Hillcrest’s Benson Bateman and Blackfoot’s Kendall Henrickson fight for the ball during a game earlier this season.

Amy Feik can still remember the gloomier days, the months after she became Bonneville’s girls soccer coach in 2016, when the Bees could only muster a few wins per season. That was the standard at the time, and though she was brought aboard to raise it, the process took time to develop.

“We were kind of at the bottom of the rung,” Feik said.

Bonneville has reached even loftier heights in 2020.

The Bees have recorded a 12-2-2 record, their best season in program history, at least as far as anyone at the school can remember. They’ve scored more goals, prevented more goals and logged a better record than ever before.

That’s why, as the District 6 tournament is set to begin on Saturday, top-seeded Bonneville may be in as good a position as any to advance to the 4A state tournament.

Within that bracket and outside it, though, several teams will challenge for the right to advance to state.

It starts this weekend.

Highland has captured the No. 1 seed in the 5A District 5-6 playoffs, which will begin Saturday. The Rams will play Thunder Ridge, which recorded a record-setting road win over Madison back on Sept. 24, but has had trouble replicating that success since.

Game 2 will pit No. 3 Madison — which went 0-2 at last year’s state tournament — against No. 4 Rigby. The winner of that game will advance to the second round and meet No. 2 Idaho Falls.

The bracket will send two teams to the 5A state tournament in Coeur d’Alene: The winner of the district playoffs, plus another team that comes out of the loser’s bracket, which will also earn a spot in the state tournament.

These district playoffs will wrap up on Oct. 17.

Bonneville has secured the No. 1 seed in the 4A District 6 playoff bracket.

The Bees will face the winner of the game between No. 4 Shelley and No. 5 Blackfoot, which will play at 1 p.m. Saturday.

Beyond that, No. 2 Skyline — owners of a 1-1 record at the 2019 state tournament — and No. 3 Hillcrest will face off in the other semifinal.

For the Bees, it’s a chance to complete unfinished business.

With goal-scorer Ali Ellsworth and keeper Jaz Barrientos in the fold, Feik likes her club’s chances.

Two big differences in the 3A girls district playoffs: They will start on Monday, and they will send 1.5 teams to state in Post Falls.

Top-seeded Sugar-Salem will take on No. 4 Firth, while No. 2 Teton will play No. 3 South Fremont. Both of those games are set for 4 p.m. Monday.

The winners will meet at 2 p.m. Wednesday at Teton, with a spot in the state tournament in the balance.

The loser of that game will move on to the state tournament play-in game.

Idaho Falls has earned the top seed on the boys side of the 5A District 5-6 bracket. The Tigers will face No. 5 Highland.

No. 3 Thunder Ridge, looking to return to state, will square off with No. 4 Rigby. Those games are both slated for Saturday.

The winner of the latter contest will advance to meet No. 2 Madison in the semifinals, and that game is set for Tuesday.

The district championship game will take place on Thursday, but the bracket will send the winner of the loser’s bracket to state in Coeur d’Alene.

Blackfoot easily secured the top seed in the boys’ 4A district bracket, taking a 12-1-0 record into the postseason. The Broncos have a date set with the winner of the game between No. 4 Shelley and No. 5 Bonneville, which will play on Saturday for the right to face Blackfoot.

Blackfoot, which will play that winner on Monday, hasn’t lost in more than a month. In fact, its defeat to Thunder Ridge — back on Sept. 5, a 1-0 decision — represents the Broncos’ only loss this season. They’ve been scorching ever since.

One of the main reasons: Frankie Garcia, Blackfoot’s goal-scoring star who recorded a hat trick in his team’s regular-season finale, a 9-2 rout over Shelley on Tuesday.

Still, head coach Liam Pope will tell you that his team is dangerous because it employs other weapons, like Misa Reyna (three goals against Shelley) and key pieces like Cooper Hanson, Gabe Batacan and Kendall Henrickson, all of whom scored on Wednesday.

Now, the Broncos’ challenge will be translating that success to the postseason flavor.

No. 2 Hillcrest will play No. 3 Skyline at 4 p.m. Monday. The winner of that game will play in the district title game, and the winner of the loser’s bracket will secure a spot in the play-in game of the state tournament, which will take place at Bonneville.

As of Wednesday evening, the seeds for the 3A District 6 playoffs were still being solidified, but that won’t change the time and date for each playoff game.

Because the boys conference only has three teams this season, the top seed will automatically earn a berth in the district title game, while the No. 2 and No. 3 seeds will play to earn a spot in that title game, set for Wednesday.

The district title game is set for 4 p.m. Wednesday at Teton.