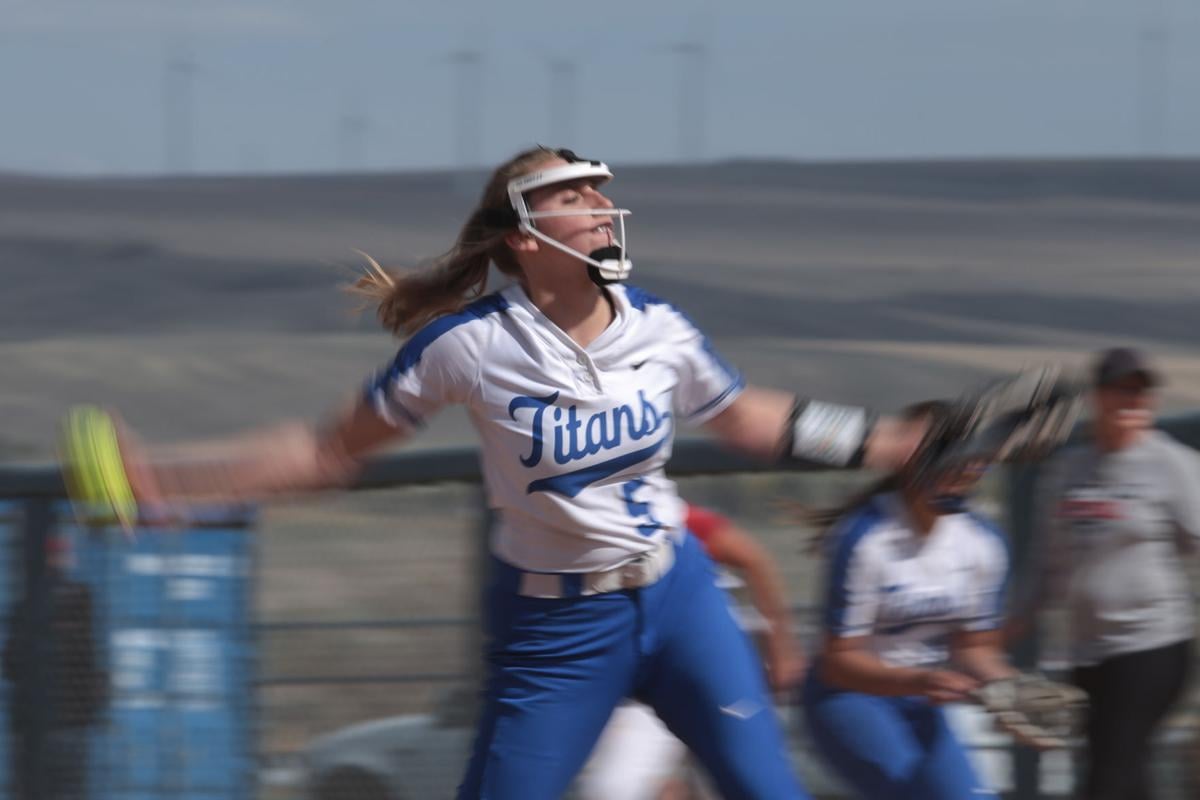 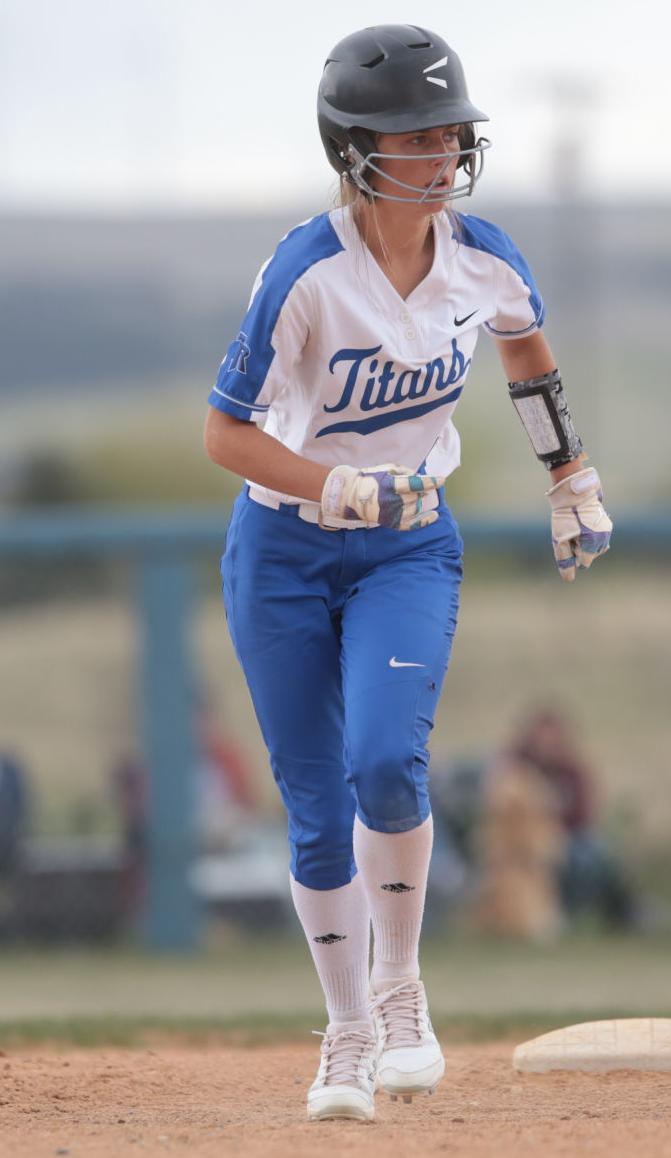 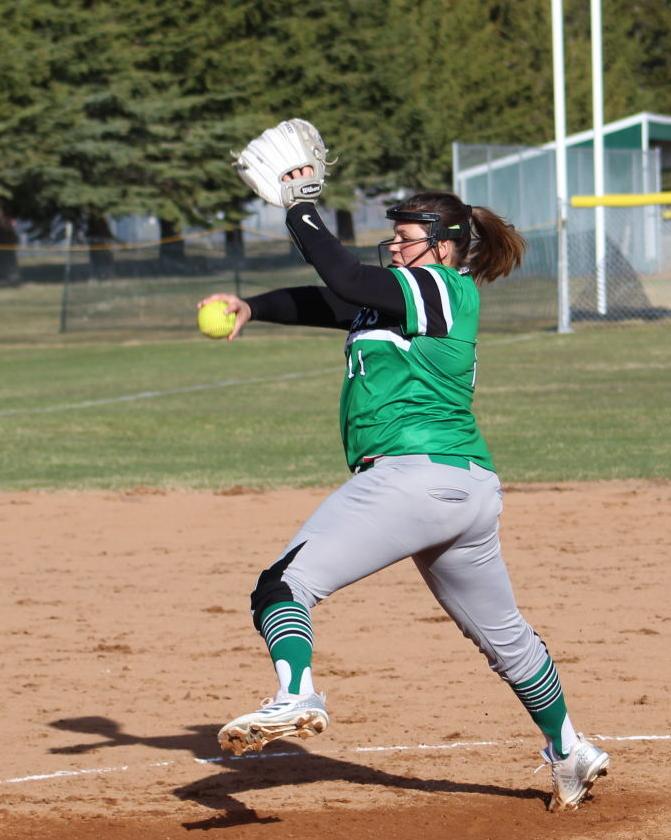 THE PLAYER: The ace of a solid Blackfoot squad, Wieland started nearly every game for the Broncos, piling up a 13-4 record, 2.79 ERA and a pair of no-hitters. Wieland — who has signed with Colorado Northwestern Community College in Rangeley, Colorado — also hit .391 and droe in 23 runs, but she made her living in the circle, confounding hitters with an array of pitches she harnessed through her previous years as a Bronco.

WHAT COACHES SAID: “I liked her because she could locate the ball where she wanted, and she had an above-average fastball. She could bang the outside corner, and then, she could come back with a speed pitch. She would get ahead of hitters, and she threw with a little bit of tempo.” — Hillcrest coach Larry Stocking

THE PLAYER: There wasn’t a better freshman pitcher in District 6 than Scoresby, who amassed 15 wins, 138 strikeouts and a 3.39 ERA in her debut season. More importantly, she helped lead her team to its first 5A state tournament, where she struck out a dozen in Thunder Ridge’s opening-round win over Timberline. Sprinkle in a .343 batting average, seven doubles and four home runs — one at state — and you get one of the best all-around freshmen in the area.

THE PLAYER: John just about did it all for Thunder Ridge this season, save for pitching and catching. A senior committed to Miles Community College in Montana, John batted a scorching .419, recorded a 1.234 OPS and provided valuable leadership for a Titans squad that beat out perennial powerhouse Highland for the 5A District 5/6 regular-season crown. They might not have without the services of John.

WHAT COACHES SAID: “You don’t see kids like her very often. You get a lot of really talented players, but when you get kids who have the work ethic and the skillset, you just sit back and enjoy the show.” — Thunder Ridge coach Brendon Kopp

THE PLAYER: A rock on both sides of the ball, Dalley batted .350, mashed four home runs and gobbled up a .934 fielding percentage. That helped Blackfoot become the best in 4A District 6, winning the district tournament and advancing to the 4A state tournament, where the Broncos reached the second round.

WHAT COACHES SAID: “She’s a great leader. She kept the kids fired up, and defensively, she improved more than any player on the team. She started coming up and taking care of bunts so well. She’s just all over them.” — Blackfoot coach Tammy Sorensen

THE PLAYER: On top of mashing a walk-off grand slam against Thunder Ridge during the regular season, Agado led the Broncos with a .521 batting average, providing a pop whenever she was at the plate. On defense, Agado finished with a .841 fielding percentage, good for third on the team.

WHAT COACHES SAID: “She did an excellent job. Defensively, her fielding percentage was really good… She played really well for us.” — Blackfoot coach Tammy Sorensen

THE PLAYER: Dabell, just a junior, quickly developed into her team’s best hitter, at least statistically. She batted a sizzling .471 and recorded a 1.219 OPS, good for second on the club. She also slugged .706, supplying the type of power hitting the Titans used to advance to the 5A state tournament.

WHAT COACHES SAID: “She just is lethal, and teams don’t know what to do with her…. Any coach would want her on the roster. As a junior, you’re going, ‘Man, I have to see her one more year?’ She’s a solid player.” — Thunder Ridge coach Brendon Kopp

THE PLAYER: Fuhriman prides herself on her ability to play all over the diamond, which she did in spurts this season. But when she became a full-time outfielder, she flourished, providing a stable presence in the grass and an imposing one at the plate, where she hit .400 and recorded 38 hits, good for fourth among the Titans.

WHAT COACHES SAID: “She is so athletic that it was easy to transition her to the outfield… She’s got a fantastic arm. She was an obvious choice to be at the top of my lineup, because every at-bat, she never gets down on herself.” — Thunder Ridge coach Brendon Kopp

THE PLAYER: Martinez solidified Blackfoot’s outfield with a strong arm and quick instincts, using an .810 fielding percentage to generate a reliable force on defense and eight RBI to produce timely hits on offense.

WHAT COACHES SAID: “Her dad coaches over at Thunder in the boys program for basketball, and I was like, why is she not over playing for my team,’ you know? She’s a great, great player.” — Thunder Ridge coach Brendon Kopp

THE PLAYER: A quick presence in the outfield, Pearson was reliable on both sides of the ball in her sophomore campaign. She mashed .418, netted nine extra-base hits and recorded a 1.062 OPS, which goes to show how much she helped rev her team’s offense to life on a consistent basis.

WHAT COACHES SAID: “She has great speed. She can run a lot of things down. That speed helped her to get to a lot of balls that you wouldn’t expect. Offensively, she led off for us, and she was very patient at the plate. When she was able to get on, we usually would score her.” — Blackfoot coach Tammy Sorensen

THE PLAYER: Powell had to be versatile for South Fremont this season. Midway through the season, a roster shuffle forced Powell to move from her most natural position, shortstop, over to catcher, where she thrived. She finished with an .881 fielding percentage, which paired nicely with her offensive numbers: .512 batting average and 1.401 OPS, both of which were tops among the Cougars, who used two breathtaking wins over Sugar-Salem to advance to the 3A state tournament.

WHAT COACHES SAID: “She’s just solid all the way around. One thing about Nicole is that she’s put in a lot of work. She’s not an athlete who just gets by and relies exclusively on natural talent. She’s one that’s put in a lot of work over the years, and she’s developed her skills and her talents.” — South Fremont coach Kris Hammond

THE PLAYER: Her team didn’t finish exceedingly well in conference play, but without Schneider, things could have been worse. Against Madison, Schneider supplied a 2-for-4, two-RBI game, and against Bonneville, she logged three hits and an RBI. One of the Tigers’ most dependable players, and one of the team’s best hitters.

WHAT COACHES SAID: “She was always energetic, and cheering on her teammates, very supportive of her teammates. She’s willing to put in the work.” — Idaho Falls coach Traci Wilkinson