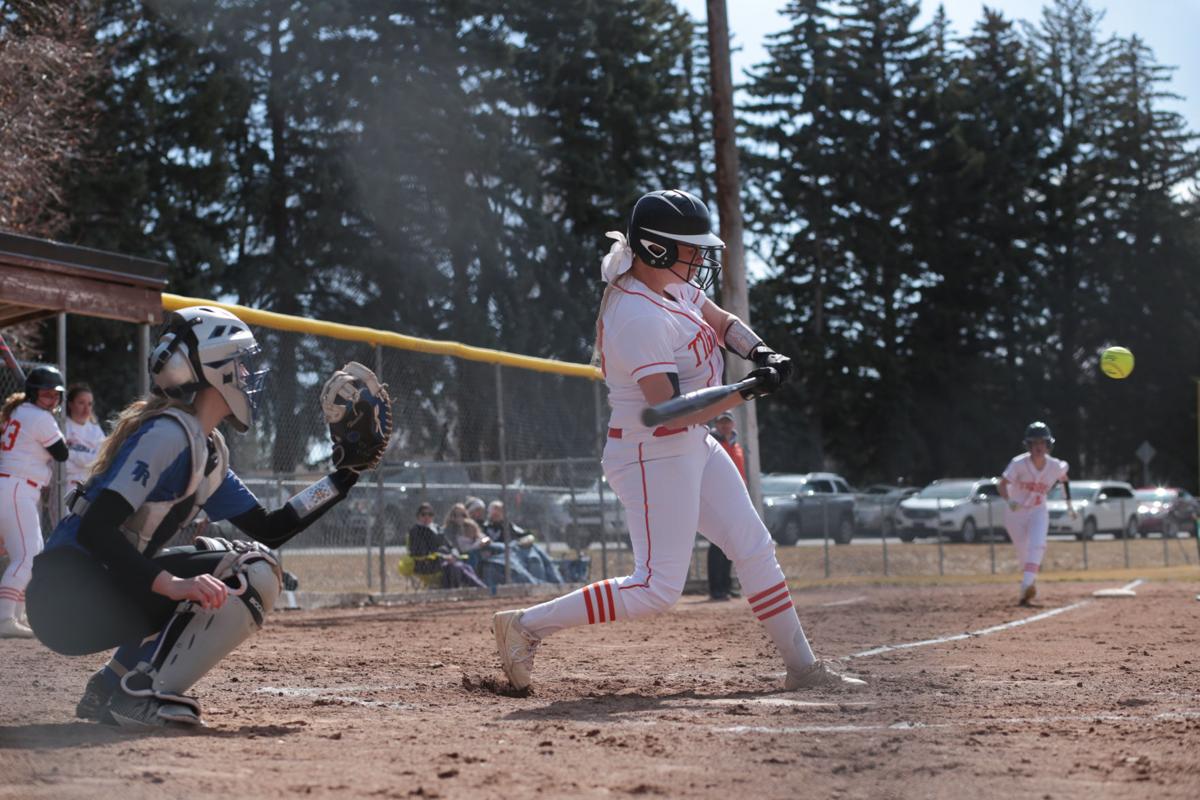 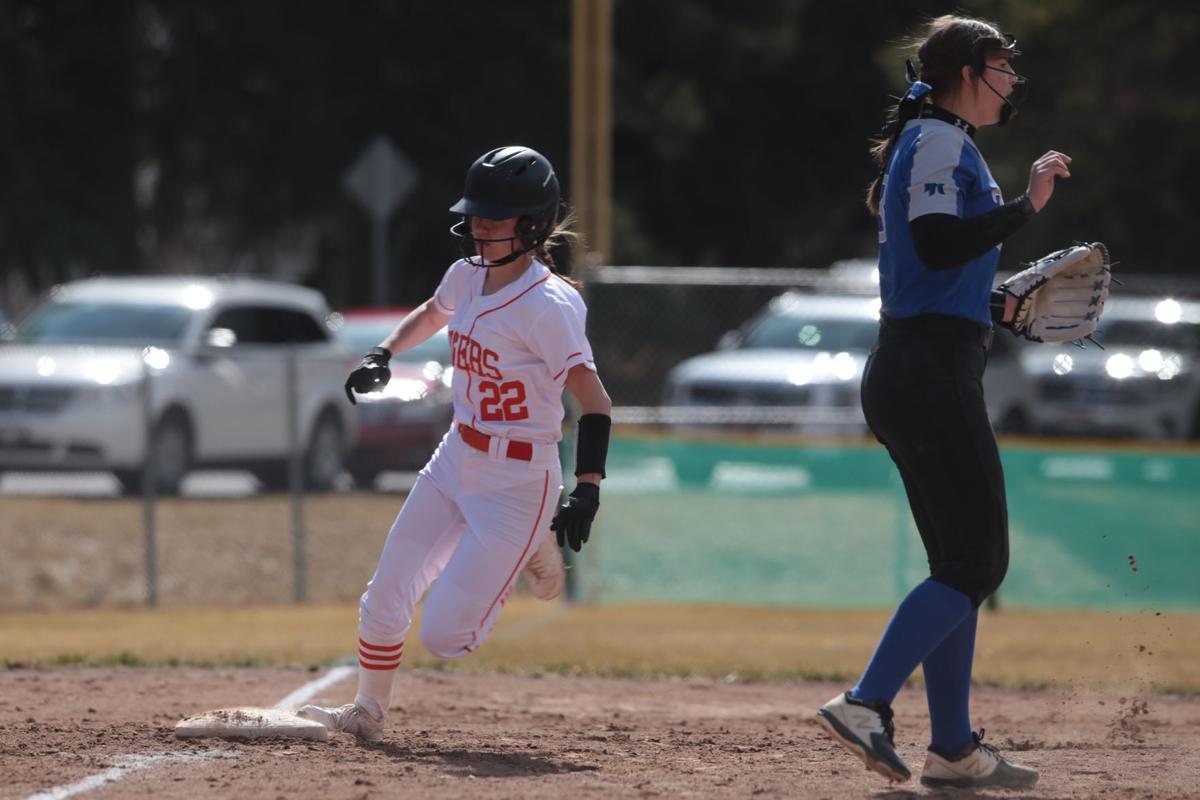 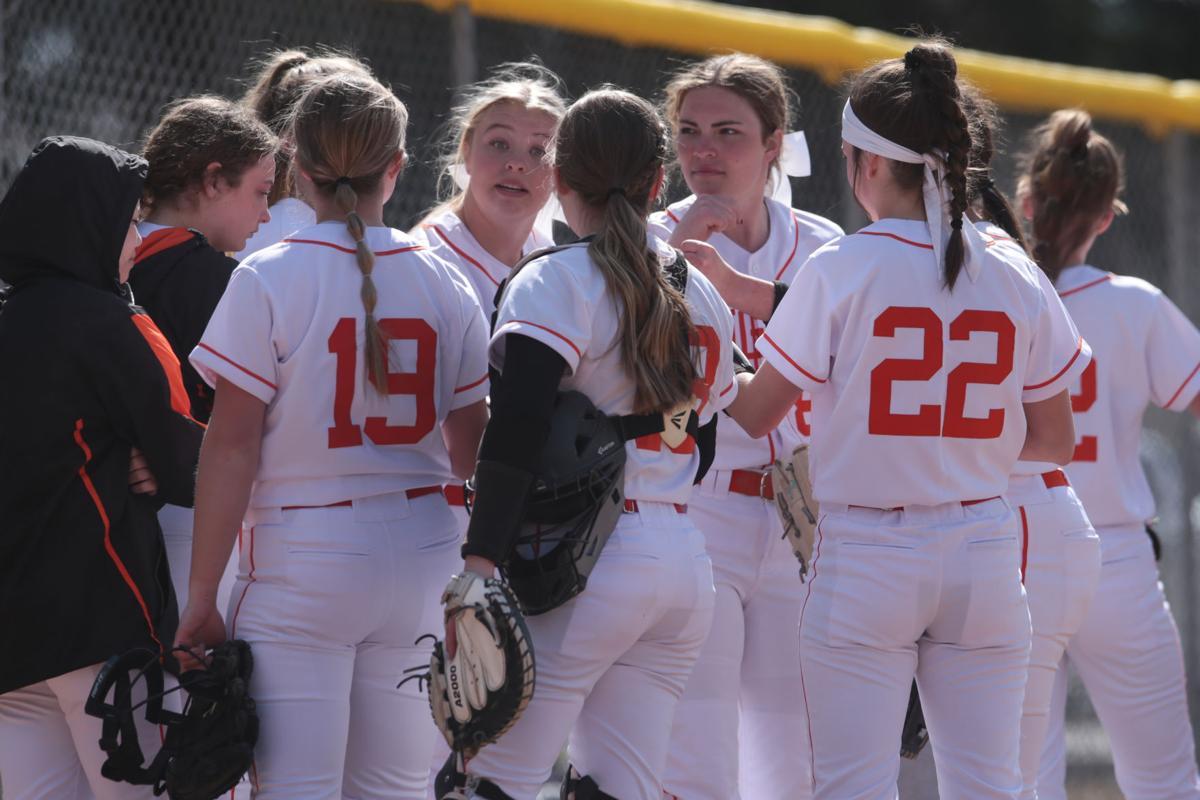 Idaho Falls players cheer each other on as Idaho Falls takes on Thunder Ridge at Tautphaus Park on Tuesday. 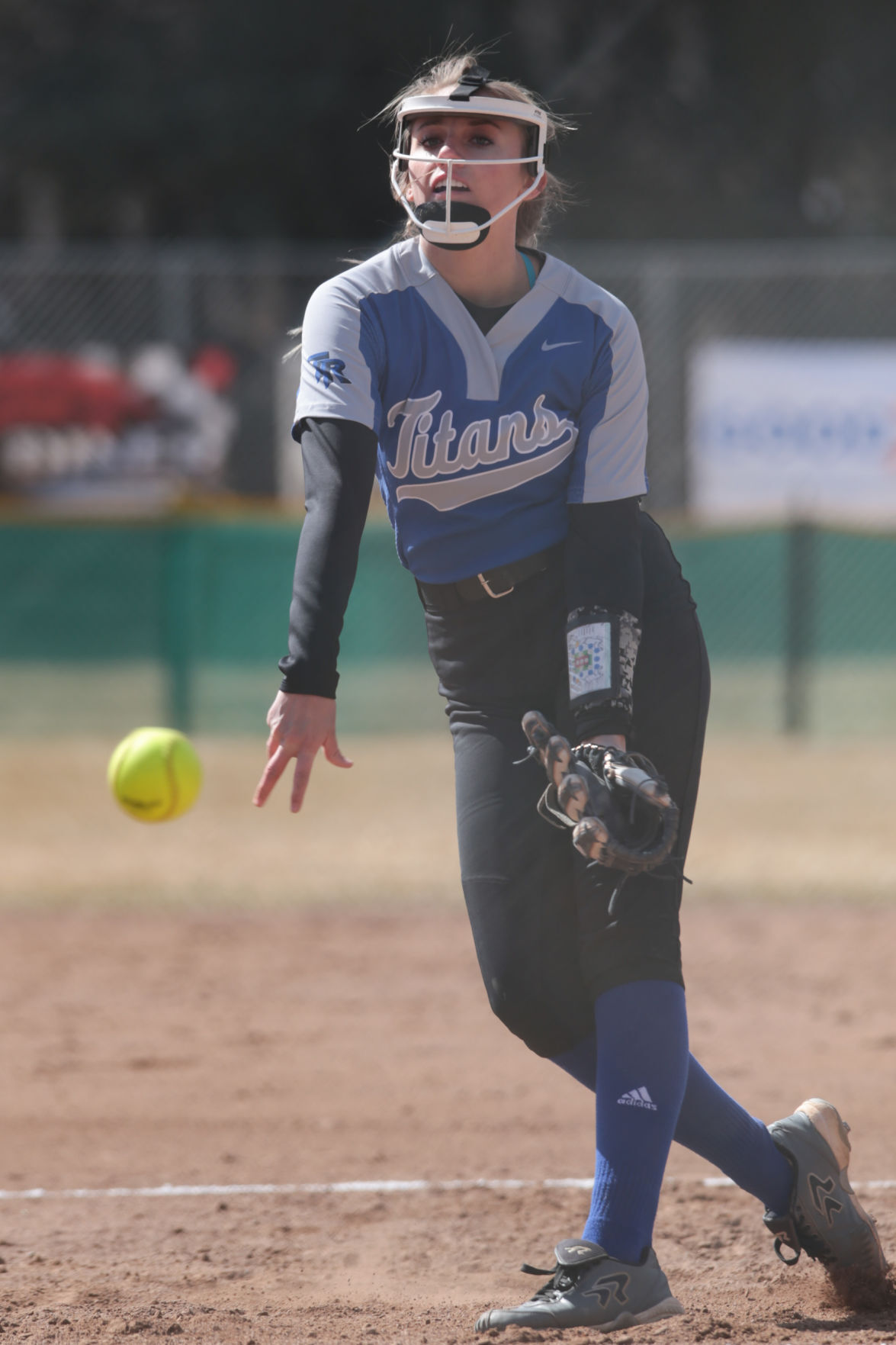 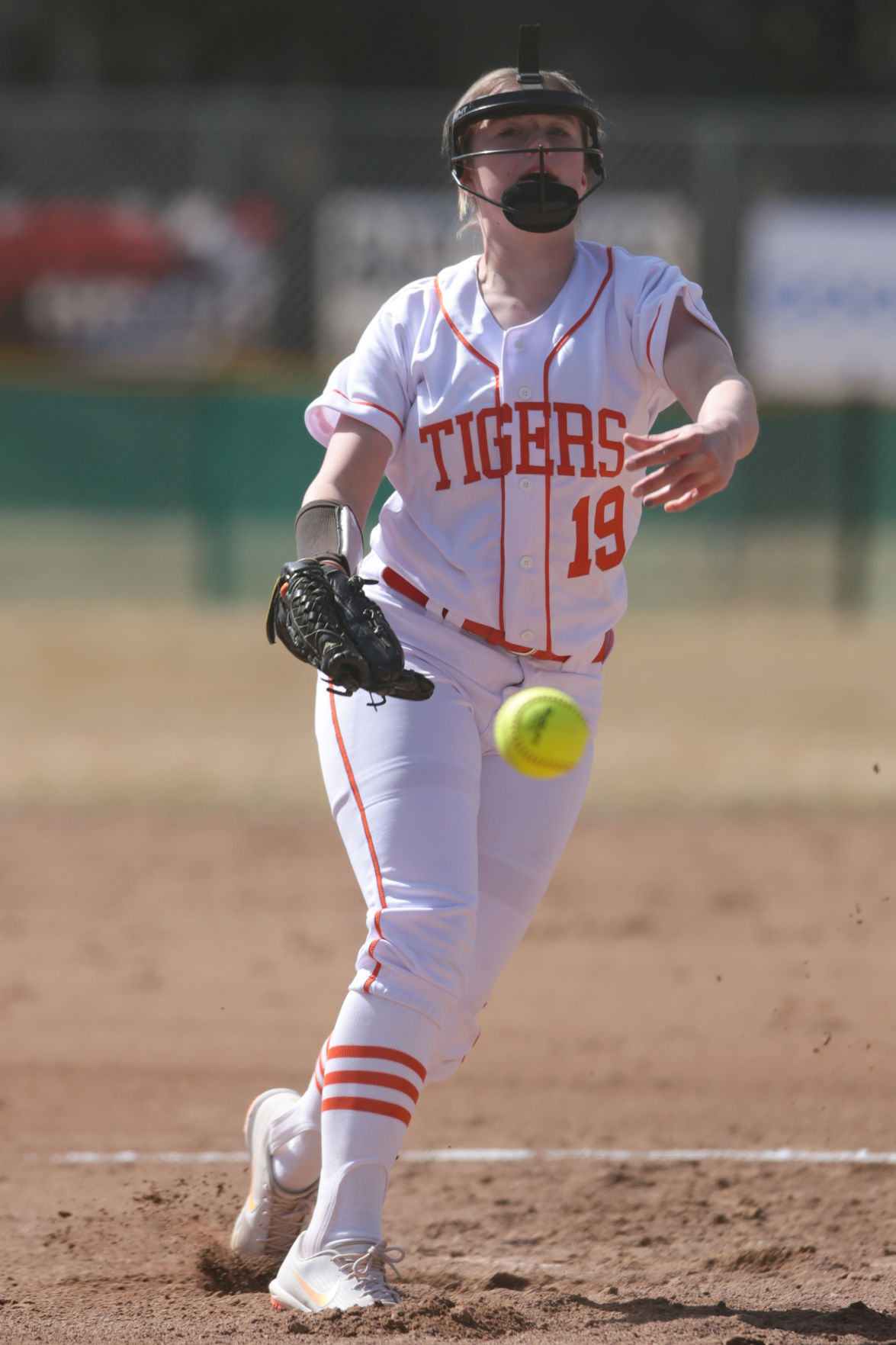 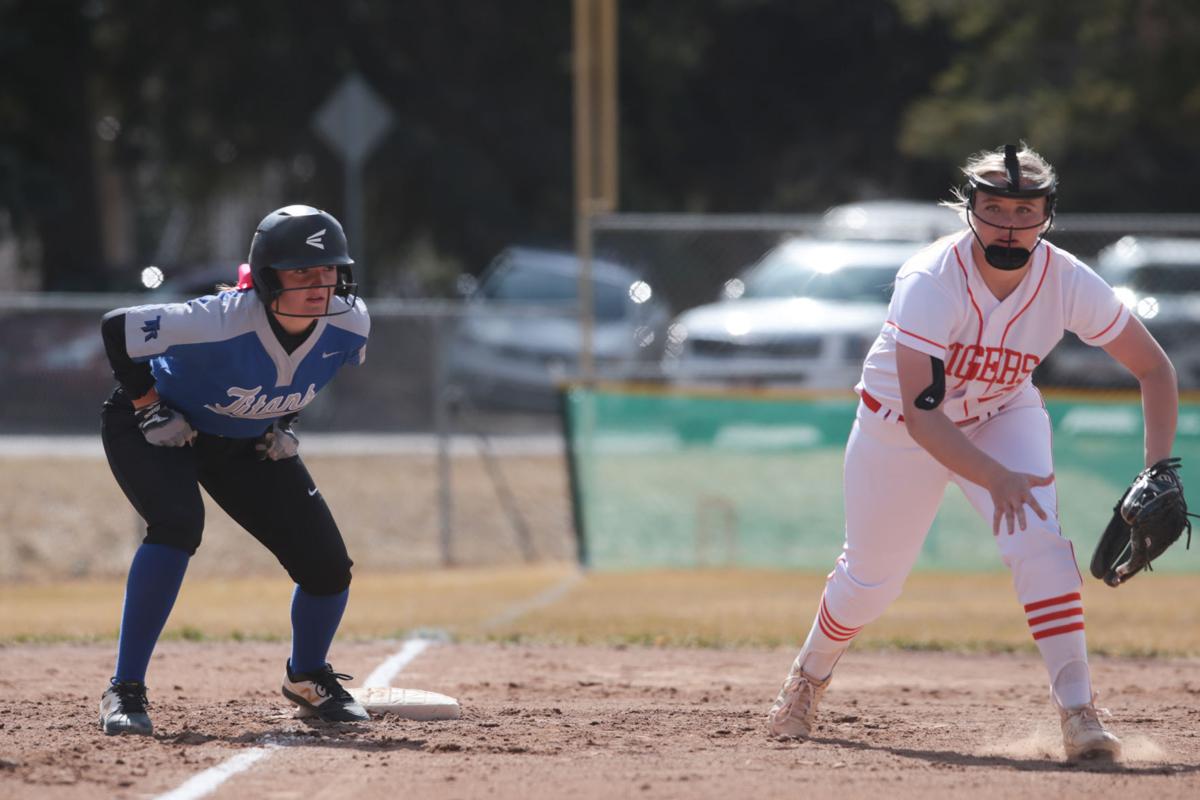 Madyson Williams leads off third base as Idaho Falls takes on Thunder Ridge at Tautphaus Park on Tuesday.

Idaho Falls players cheer each other on as Idaho Falls takes on Thunder Ridge at Tautphaus Park on Tuesday.

Madyson Williams leads off third base as Idaho Falls takes on Thunder Ridge at Tautphaus Park on Tuesday.

Traci Wilkinson thought back to her Idaho Falls team’s past three games. All turned into losses in Boise. The pitching came and went, as did the offense, and they often coincided with each other.

“Anything that could go wrong,” Wilkinson said, “did go wrong.”

That, Wilkinson said, is part of what made Idaho Falls’ 13-3 win over Thunder Ridge Tuesday afternoon so rewarding.

She likes to say that three tenets decide each game: Fielding, pitching and hitting.

“When you win all three components of the game, you’re bound to win,” Wilkinson said. “It was good to see them turn around and plow through this game.”

The Tigers (2-5) did so with ease. They actually headed into the second inning facing a 3-1 deficit, thanks to RBIs from Thunder Ridge’s Sierra John and Madyson Williams, but it didn’t take long for the hosts to respond.

Idaho Falls rattled off a whopping 10 runs in the second inning. Fourteen players came to the plate. Sheli Williams, Kennedy Robertson, Kate Rodell, Macy Cordon, Riley Schneider, Sydney Stohl and Ellie Lazdouskas all drove in runs. It was an avalanche, the kind that allowed the Tigers to run away with things.

They added two more runs in the fourth, via two-run single from Stohl, which handed Idaho Falls a 13-3 advantage. That invoked the run rule, ending the game in five innings.

It might not have ended so soon without the outings from Stohl and Schneider, each of whom logged a pair of hits in the win. Schneider drove in two runs, while Stohl logged four.

“For the most part, they were pretty relaxed,” Wilkinson said. “We spoke to Riley after the game, and she’s like, ‘That felt good.’ It was really good to see these girls just relax and trust their mechanics, and know that they can do it.”

In a way, Idaho Falls starter Giselle Kump’s outing mirrored her team’s: Slow, then resurgent. She yielded the three runs in the first inning, but then, she settled down. She limited damage and let her defense work. All told, her final line looked like this: Five innings, two earned runs on eight hits, one walk and two strikeouts.

Not bad for a performance that started with four hits before its first putout.

“The first inning, she struggled a little bit,” Wilkinson said, “but she kind of zoned in and finished the game pretty strong. We were pretty happy with that.”

The next steps for each team could hardly look different.

Thunder Ridge played just its second game of the season on Tuesday. The Titans are now 1-1. Next, they’ll hit the road to Boise to play a two-game set against Centennial on Friday. It might help Thunder Ridge establish a better rhythm, playing a more regular schedule.

Idaho Falls will visit Bonneville on April 6. That’s a decent break, too, but the Tigers have the advantage of playing seven games already.

“We worked with the girls yesterday. They were pretty relaxed, focused,” Wilkinson said. “After the Boise (trip), we just told them, ‘Hey, you guys are a talented group. You just have to believe in yourself.’ So that’s what they ended up doing.”