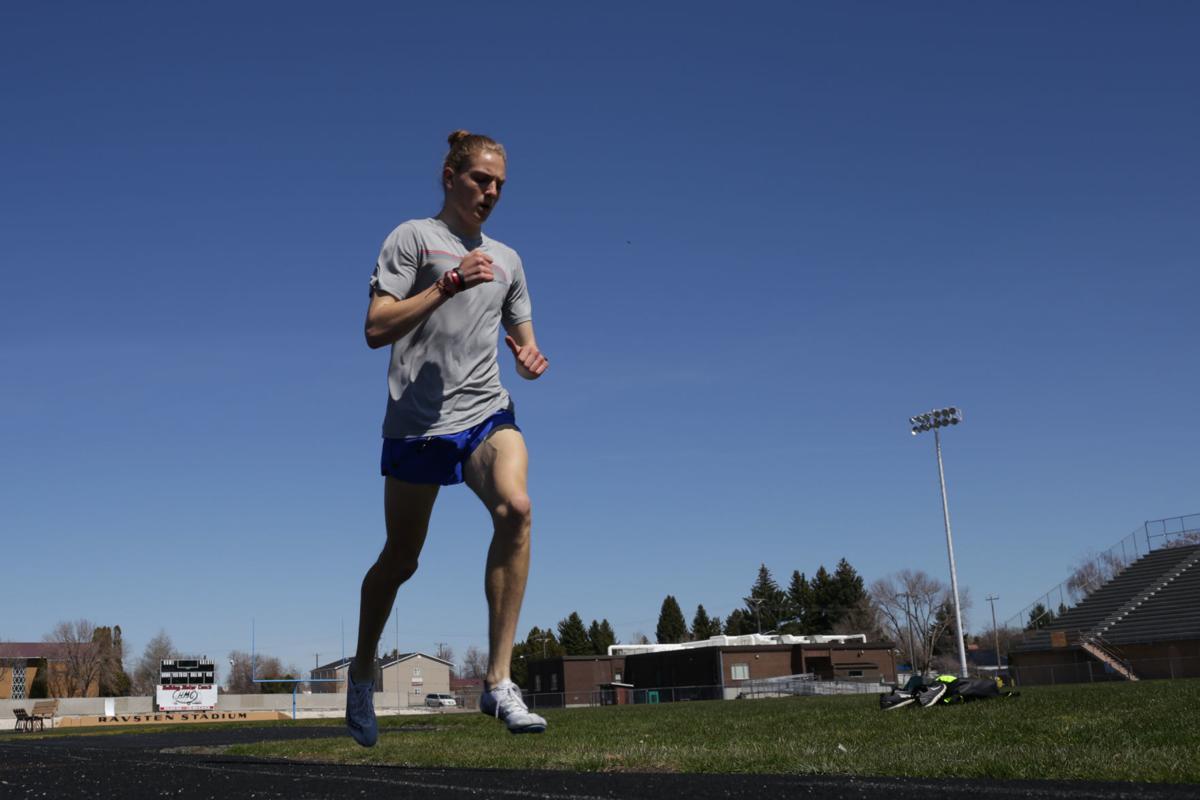 Zac Bright trains Wednesday afternoon at Ravsten Stadium. Bright said he’d prefer to not have the time off but has been training consistently. “It’s definitely been weird,” Bright said. 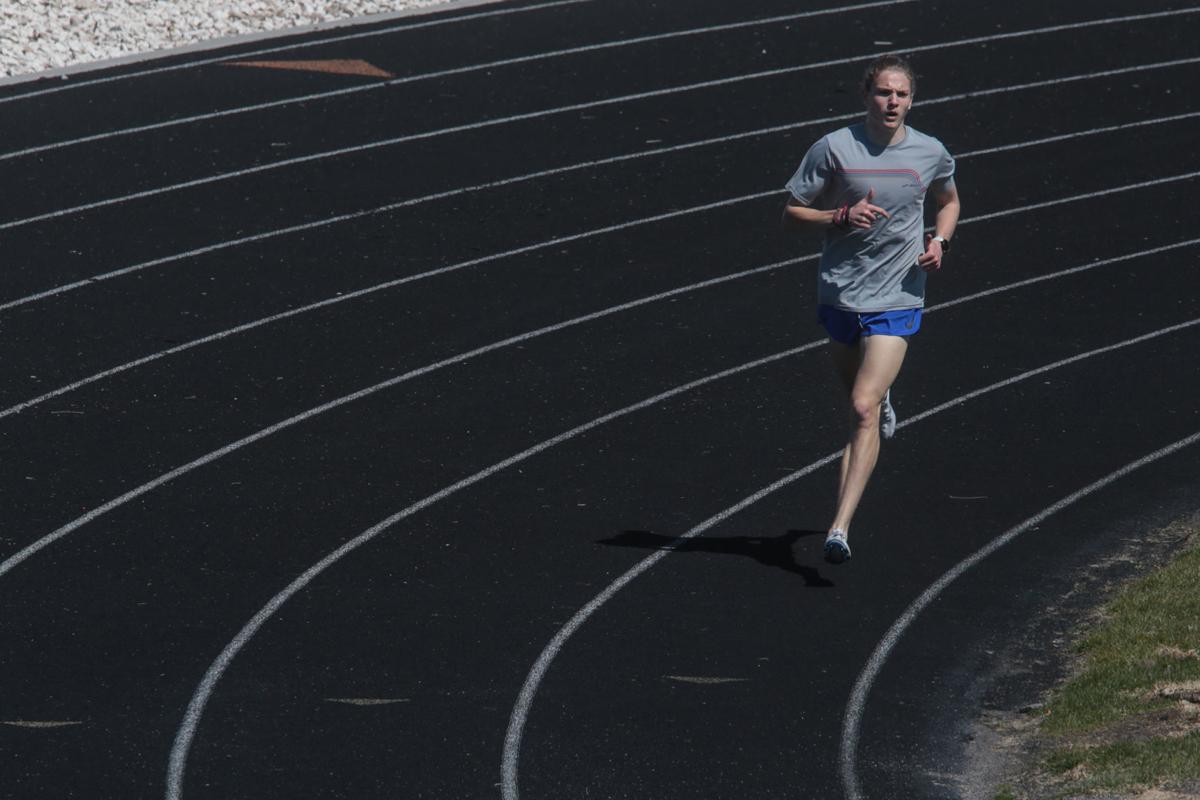 Zac Bright trains Wednesday at Ravsten Stadium. Bright said he’d prefer to not have the time off but has been training consistently. “It’s definitely been weird,” Bright said. 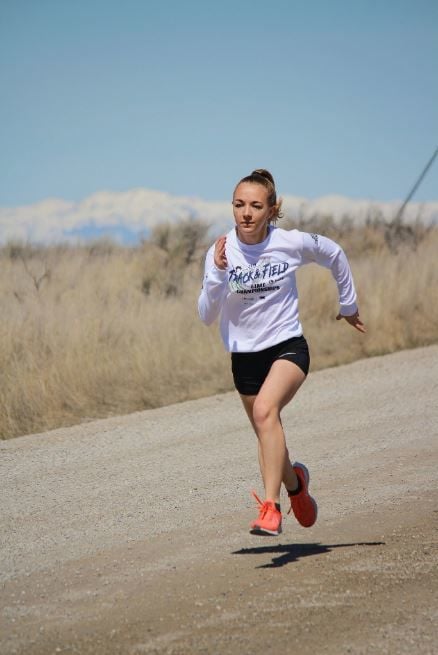 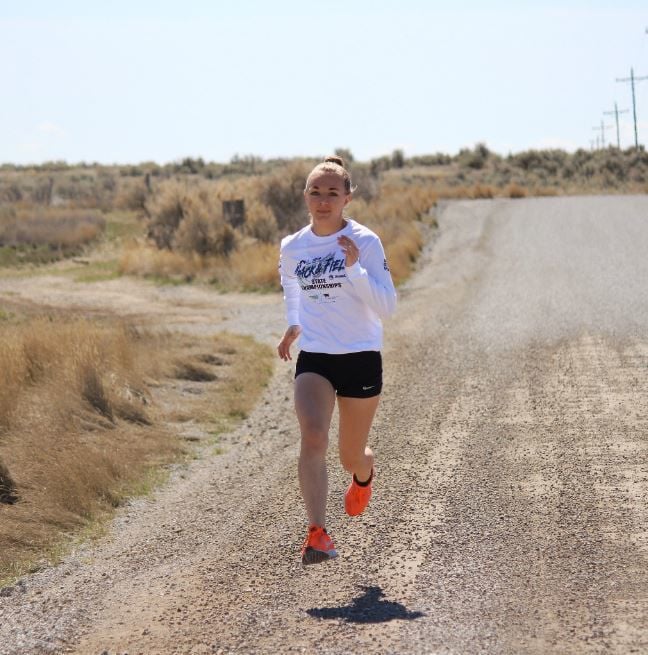 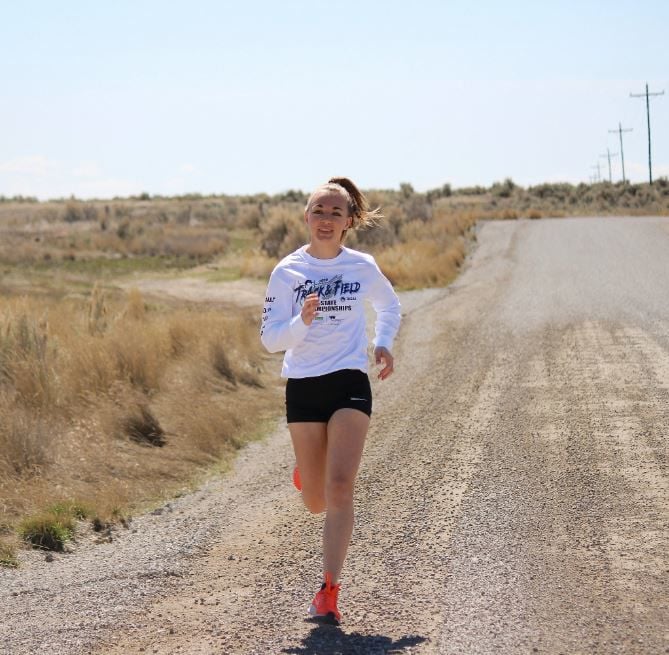 Zac Bright trains Wednesday afternoon at Ravsten Stadium. Bright said he’d prefer to not have the time off but has been training consistently. “It’s definitely been weird,” Bright said.

Zac Bright trains Wednesday at Ravsten Stadium. Bright said he’d prefer to not have the time off but has been training consistently. “It’s definitely been weird,” Bright said.

With Idaho schools closed and meets and practices suspended due to COVID-19 concerns, eastern Idaho high school track athletes have taken it upon themselves to maintain their fitness during this time of uncertainty.

The new normal varies from team to team, but track athletes from Idaho Falls to Terreton to Ashton are facing similar circumstances.

Since spring sports were suspended March 17 by the Idaho High School Activities Association, athletes have not been allowed to gather for official practices, use school facilities, compete in meets or meet with teammates and coaches. Sports are suspended in Idaho through April 20, but two school districts, Blaine County and Boise, effectively ended spring sports for the 2020 season upon deciding Thursday to keep schools closed for the remainder of the 2019-20 academic year.

Idaho Falls High School junior Zac Bright, Idaho’s defending 4A state champion in the 800 meters, said he and his teammates are fortunate to have access to Ravsten Stadium, which belongs to Idaho Falls School District 91. To prevent multiple athletes from using Ravsten at once, he stays in touch with distance teammates via group text so they can stagger their arrivals.

“Most interval workouts I’ve been doing, I’ve been going there,” Bright said. “If I’m not there, I’m in the streets. It kinda feels like the offseason has been extended. We’ve kinda essentially just reverted to winter training.”

Like other teams in Idaho, the Tigers cannot use school equipment. Bright said he feels for the sprinters, hurdlers and field event athletes.

“I know it is tougher for them,” Bright said. “We’re not allowed to use school equipment, can’t use blocks. We are lucky being distance runners.”

Skyline’s athletes are referencing workouts posted on their program’s Instagram and Facebook pages and completing them on their own. Grizz head coach Chase Meyer said Skyline coaches and athletes are also using the messenger app Remind 101, and seniors have taken the responsibility of staying in touch with younger teammates.

“Fortunately, my assistant coaches are awesome,” Meyer said in March. “They always have a great plan with how they’re taking care of individual needs around the track. I don’t have to make up practice plans for all the specialties.”

Rigby has a similar setup. Trojans head track coach James Parrish said workouts are posted to the track team’s Facebook page. Before spring sports were suspended, he gave his athletes ideas of how and where they could practice, mapped running routes around Rigby, allowed athletes to take implements home and put one athlete in charge of a group of athletes to establish and maintain communication.

He added that one athlete’s family has its own pole vault pit and another bought Rigby’s old high jump pit.

“Every kid we could, we sent home implements with them,” Parrish said. “We always issue shot and discs to every thrower. I recommended ways they could do it and gave them all the safety protocols. I know some of my hurdlers borrowed some of our old hurdles. We have some lead kids, our top athletes who are communicating workouts and ideas. Kudos to the kids. It’s just hard when you don’t have anyone to critique you.”

Also in Jefferson County, West Jefferson senior and multi-event athlete Sage Wood has turned dirt roads around her house into her training grounds. A member of the Panthers’ three-time 2A state champion 4x200 and 4x100 relay teams, the latter of which ran a 2A state record 49.80 last year, Wood practices sprints outdoors or runs on a treadmill and does 30 minutes of core work each day. Her watch, which she has switched from standard to metric measurement, keeps track of distance in meters and she also uses familiar landmarks for reference.

“I live out in the backroads on a dirt road, so there’s no cars,” Wood said. “Our dirt road has fields, so each field is a certain distance. I’m doing as much sprint and core work as possible.”

Wood has had to get creative with training under IHSAA restrictions. She can’t work on handoffs with relay teammates, use the school’s starting blocks or pole vault pit, although she does have ‘half a piece of pole’ she uses for inverting drills. Wood said fellow West Jefferson senior, thrower Mayla Ivie, has her own throwing implements at home and her dad is coaching her, and she is aware of a North Fremont pole vaulter who uses a pit in a spud cellar.

She added that she and her teammates have an Instagram group message to stay in touch and exchange quarantine related memes to ‘try to find some humor’ amid uncertainty.

“For me, I’m doing what I can with what I have,” Wood said. “It’s not ideal, not the best, but I’m still putting in the work hoping the season will come back at least for a little bit.”