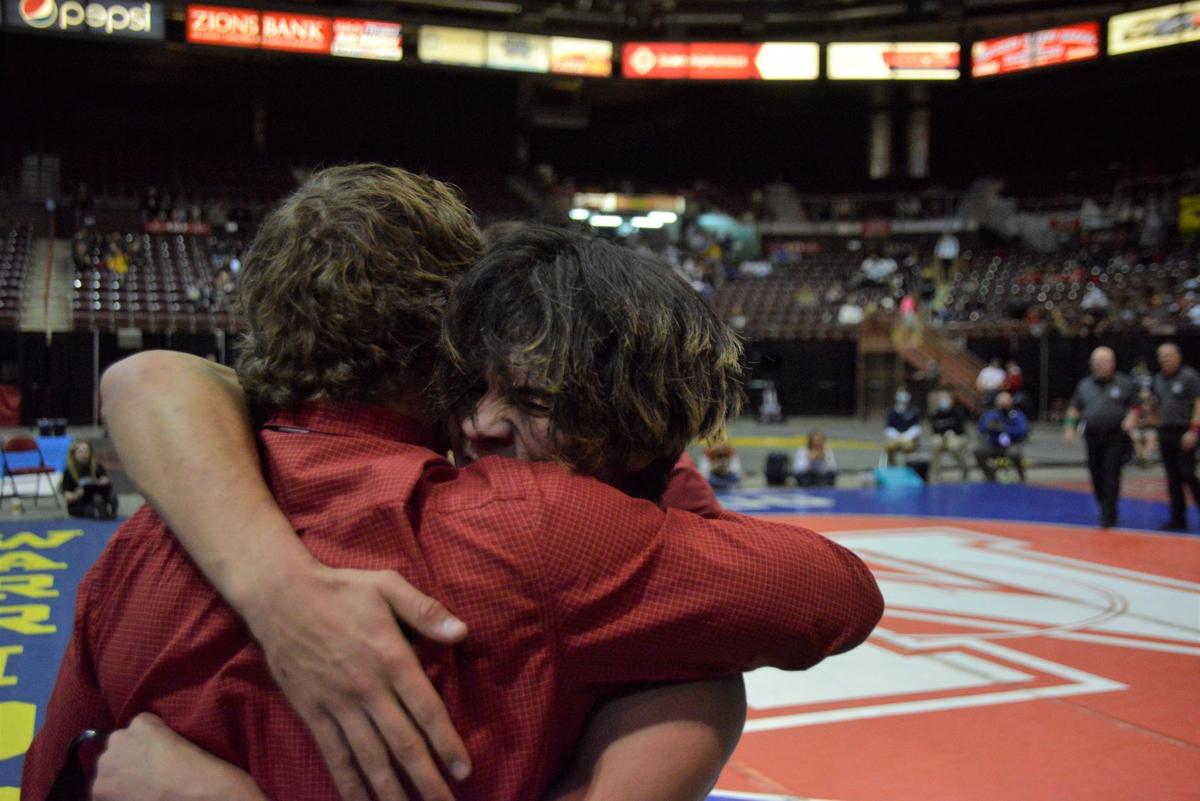 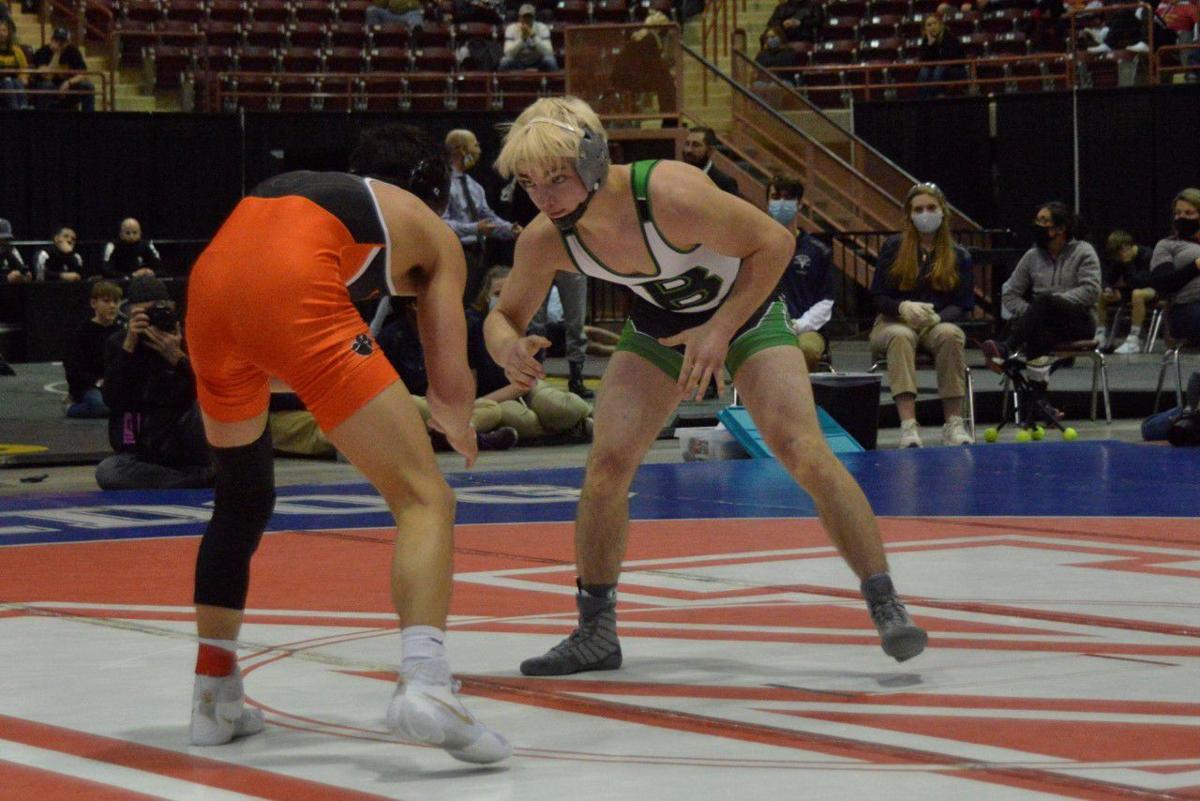 NAMPA — A wrestling season that almost didn’t happen ended with a 5A/4A state tournament where guts and endurance were paramount. With all the action crammed into one day, Idaho’s best wrestlers had to dig deep to find championship glory at the Idaho Center.

For Shelley senior Kolton Stacey, it was a fitting end to an illustrious career. After losing the state final match last season, the 120-pound senior was a man on a mission, compiling a 44-3 record. Stacey capped it Friday with a narrow 5-4 victory over Columbia’s Simon Graeber in the title match.

“It was a long day — kind of a roller coaster and very nerve wracking,” said Stacey, who pinned his first two opponents and won a major decision in the semifinals. “I just wanted to finish out on top. The final was such a close match, it could easily go either way, but it’s fun to wrestle in those and I’m really happy I won.”

While Stacey goes out as a three-time winner, eastern Idaho’s other champions Friday were first-timers. Starting things off was Blackfoot freshman Matt Mauger, who capped a 39-1 season by earning a 9-4 decision over Nampa’s Dedrick Navarro in the 98-pound final.

“My strategy was to stay in position and gain inches, just stay on top as much as I could,” said Mauger, who celebrated his win with a backflip. “When the match ended, it was the best feeling ever.”

“It was an amazing experience,” Eck said. “He scored the first point, but I just had to keep my cool and keep going. I was able to stop his body from moving away and seal the pin.”

Hillcrest senior Lorenzo Luis provided one of the highlights of the day. Having never placed at the state tournament in three tries, Luis put the finishing touches on a storybook senior year by defeating Minico’s Milton Hernandez 7-0 in the 152-pound final.

Luis, who also won the Tiger-Grizz, the Madison Invitational, the Red Halverson Invitational and the District 6 championship this season, finishes 41-4. He was dominant Friday, winning by technical fall, pin and 10-0 major decision in the first three rounds. After his title victory, he even took down one of his coaches for fun.

No team from eastern Idaho earned a top-four trophy Friday. Meridian ran away with the 5A title, while Jerome was the 4A champion. Kuna senior Michael Mitchell also entered the record books by earning a rare state championship four-peat.