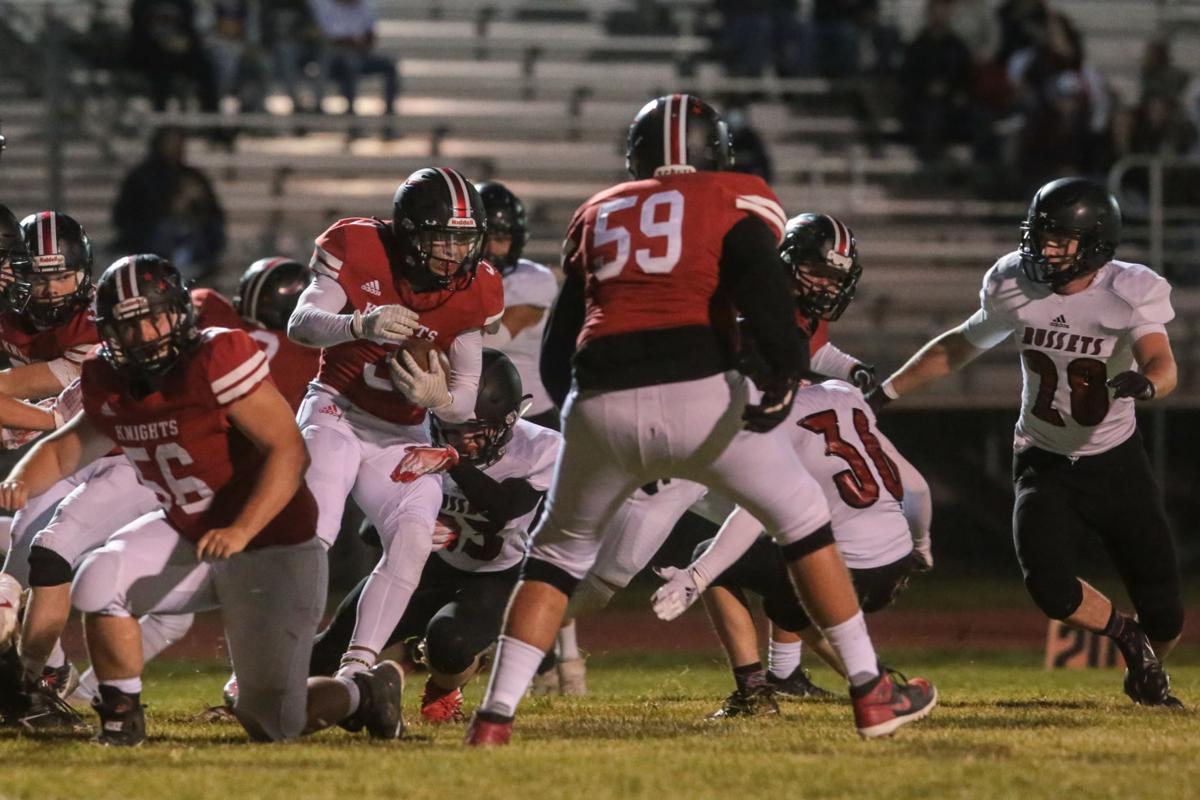 Hillcrest's Tre Kofe tries to squeeze through the Shelley defense during Friday's game. 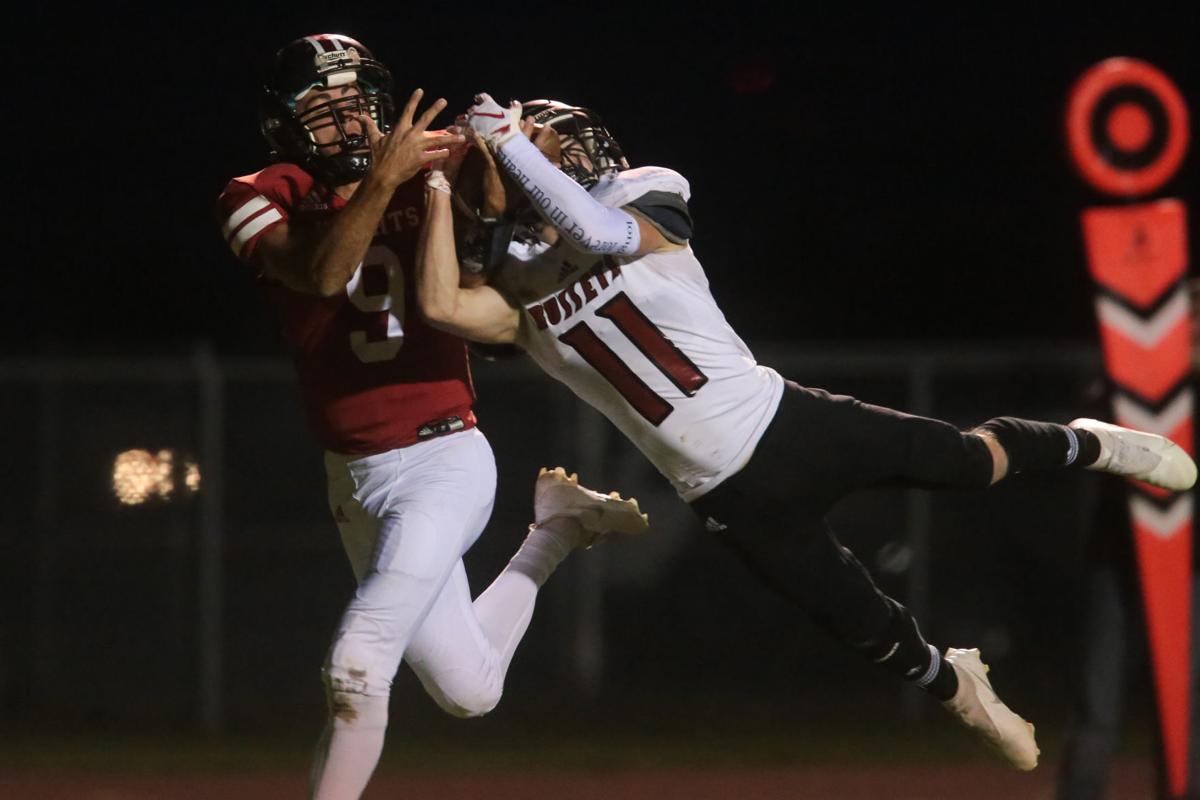 Hillcrest's Tre Kofe tries to squeeze through the Shelley defense during Friday's game.

There were two clear takeaways from Friday's football game between Hillcrest and Shelley.

First, the Russets may be the most improved team in the area and their defense is solid.

Secondly, when the Knights can run the ball, they are almost unstoppable on offense.

That was the case Friday as Shelley took a one-point lead into the half before Hillcrest finally found some room to run on the way to a 34-14 victory in the 4A District 6 opener for both teams.

Tre Kofe scored on runs of 37 yards and a back-breaking 96-yard sprint through Russet defenders in the third quarter to put the Knights in control.

"We just weren't mentally prepared," Kofe said of the first half, noting some penalties and unfinished drives.

The Russets (2-3, 0-1) led 7-6 on a 57-yard scoring run by Brayden Johnson and took the lead in the second quarter when Kaden Kidman connected with Tommy Bradshaw for a 24-yard touchdown.

Hillcrest coach Kevin Meyer said he challenged the team at halftime. Last week the Knights were shut out at Rigby, but the offense found a spark on the second drive of the third quarter as Kofe made a cutback move at the line of scrimmage a burst through for the long run. A 2-point conversion run by quarterback Demik Hatch put the Knights in the lead for good 21-14.

"You can't overlook anybody," Kofe said of Shelley's improvement and tenacity on Friday. "They smacked us in the first half."

But it was all Hillcrest (3-2, 1-0) in the second half. The defense forced the Russets to punt or turn the ball over on downs on every possession and Hillcrest's ability to control the running game finally took a toll.

"I took the blame for the Rigby game," Meyer said of last week's sluggish offense.

The running game, which usually wears down opponents by the second half, didn't work against Rigby, but it finally did against the Russets. Trailing 34-14 in the fourth quarter Shelley was forced to try to pass to catch up and the Hillcrest defense was up to the challenge.

Kidman was the workhorse for Shelly running 18 times for 33 yards and passing for 76. Johnson finished with 135 yards rushing on 12 carries.

Kofe tallied 197 yards and three touchdowns while Hatch and Keegan Porter each ran for 51 yards and touchdowns.