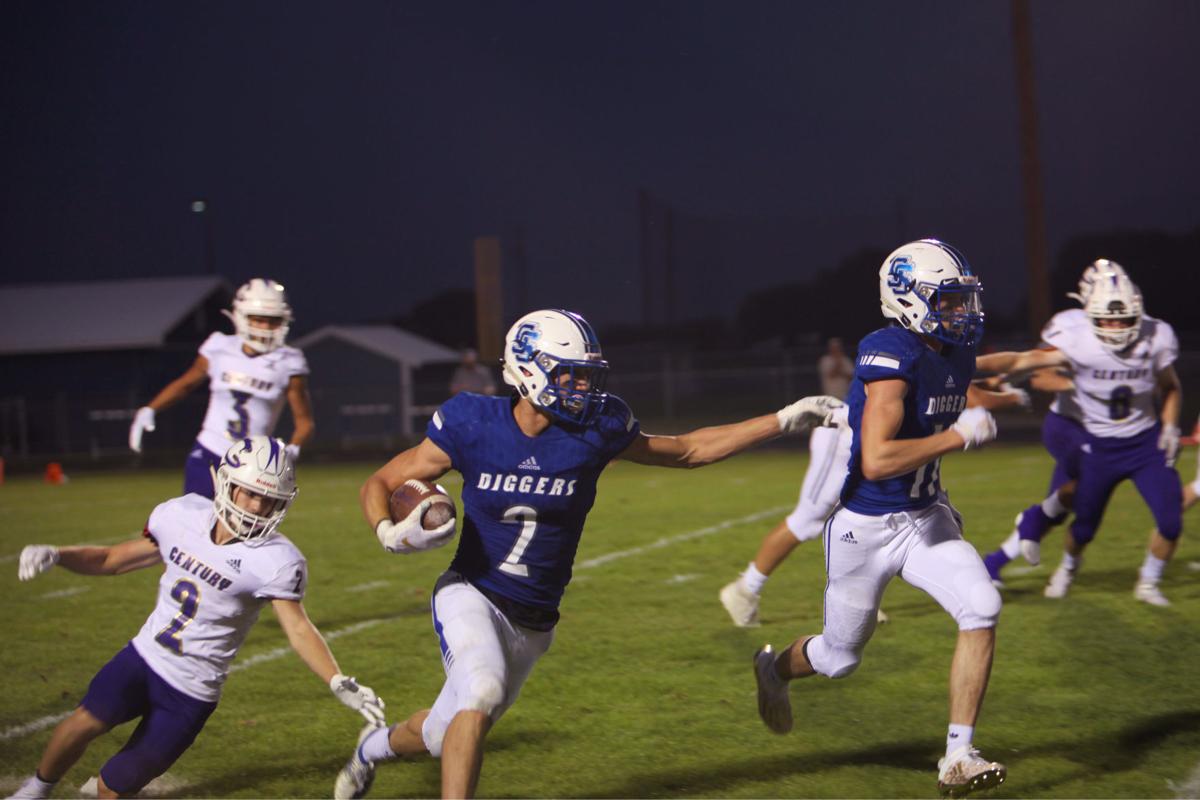 Sugar-Salem’s Brigham Lee directs his blockers as he returns a kickoff against Century in Sugar-Salem’s 13-7 win Friday. 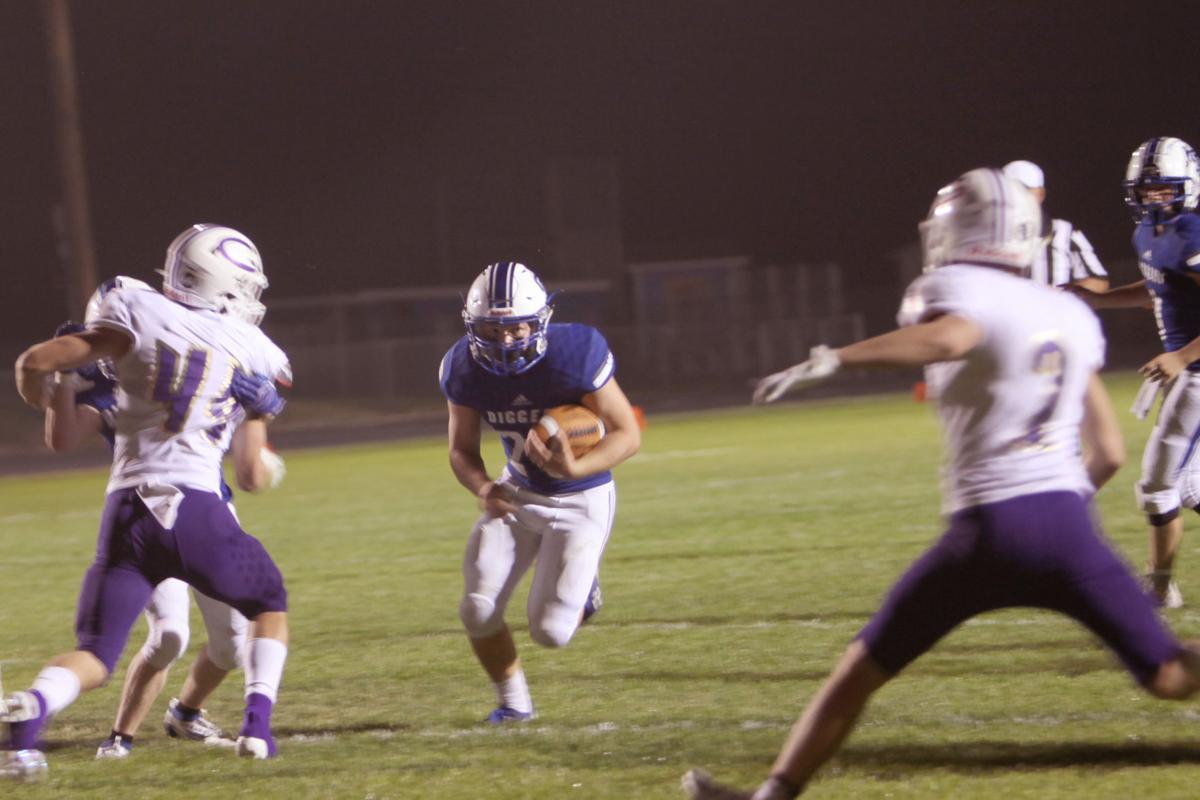 Sugar-Salem’s Daxtyn Zollinger runs through an open hole on his way to the endzone for the game-winning score.

Sugar-Salem’s Brigham Lee directs his blockers as he returns a kickoff against Century in Sugar-Salem’s 13-7 win Friday.

Sugar-Salem’s Daxtyn Zollinger runs through an open hole on his way to the endzone for the game-winning score.

After what feels like years of lopsided victories, Sugar-Salem’s opener Friday came down to the final play. Jonah Schulthies and Brigham Lee combined to for force the ball away from the Century ball carrier and Jerek Rammell jumped on the fumble to secure a 13-7 overtime win over the Diamondbacks.

“It’s that grit,” Richins said. “Our kids were in the right place and that comes from us coaching them up and them playing assignment football — doing their job. They don’t worry about playing selfish football. It’s not about them as individuals — it’s about doing their responsibility.”

The tackle that ended the game came after Sugar-Salem running back Daxtyn Zollinger scored on a 7-yard touchdown run on the Diggers’ first possession of overtime. The Diggers failed to convert their two-point conversion but it didn’t end up costing them. (In Idaho high school football each team alternates getting the ball from the 10 in overtime until one team leads after they’ve had an even number of chances at scoring.)

That score came as a relief because it was the first score for Sugar-Salem since the 5:17 mark in the second quarter when running back Logan Cutler rushed it in from one yard out.

“I was feeling pretty dang good,” Richins said about the moment after the overtime score. "Just with being able to score.”

The game was a defensive battle throughout especially after Sugar-Salem star running back Crew Clark went down with an injury in the second quarter.

The game saw more than its share of fourth-down conversion attempts with Sugar going three of five on those attempts while Century went two of four.

Richins said he’s not sure if he likes stress such a tight game induces.

“I don’t know if I like (the adrenaline rush of a tight game),” Richins said. “I guess the fans enjoy it. The fans are happy about them. But for the coaches, that’s how you take years off of your life and hair off your head.”

The Diggers play another 4A opponent next week when they face off with former District VI rival Shelley in Shelley.