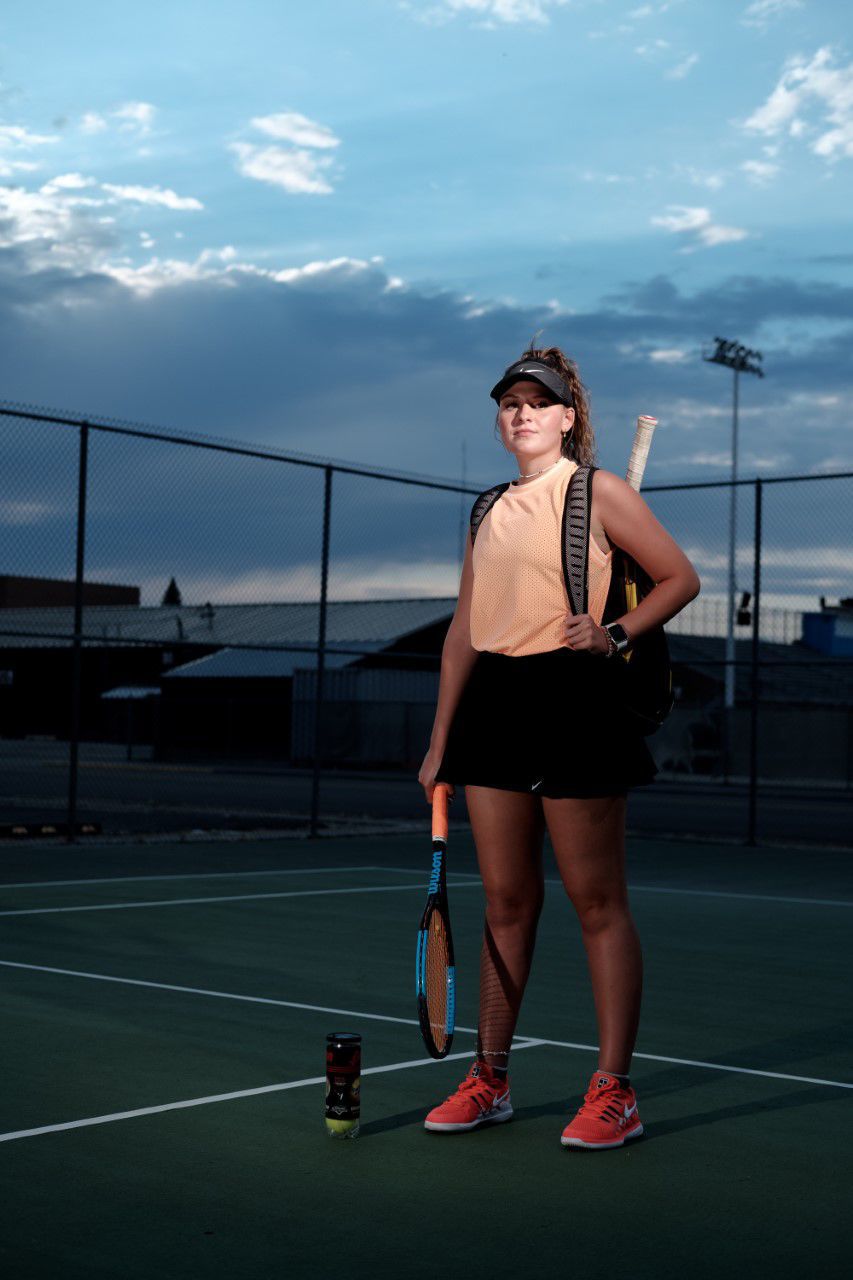 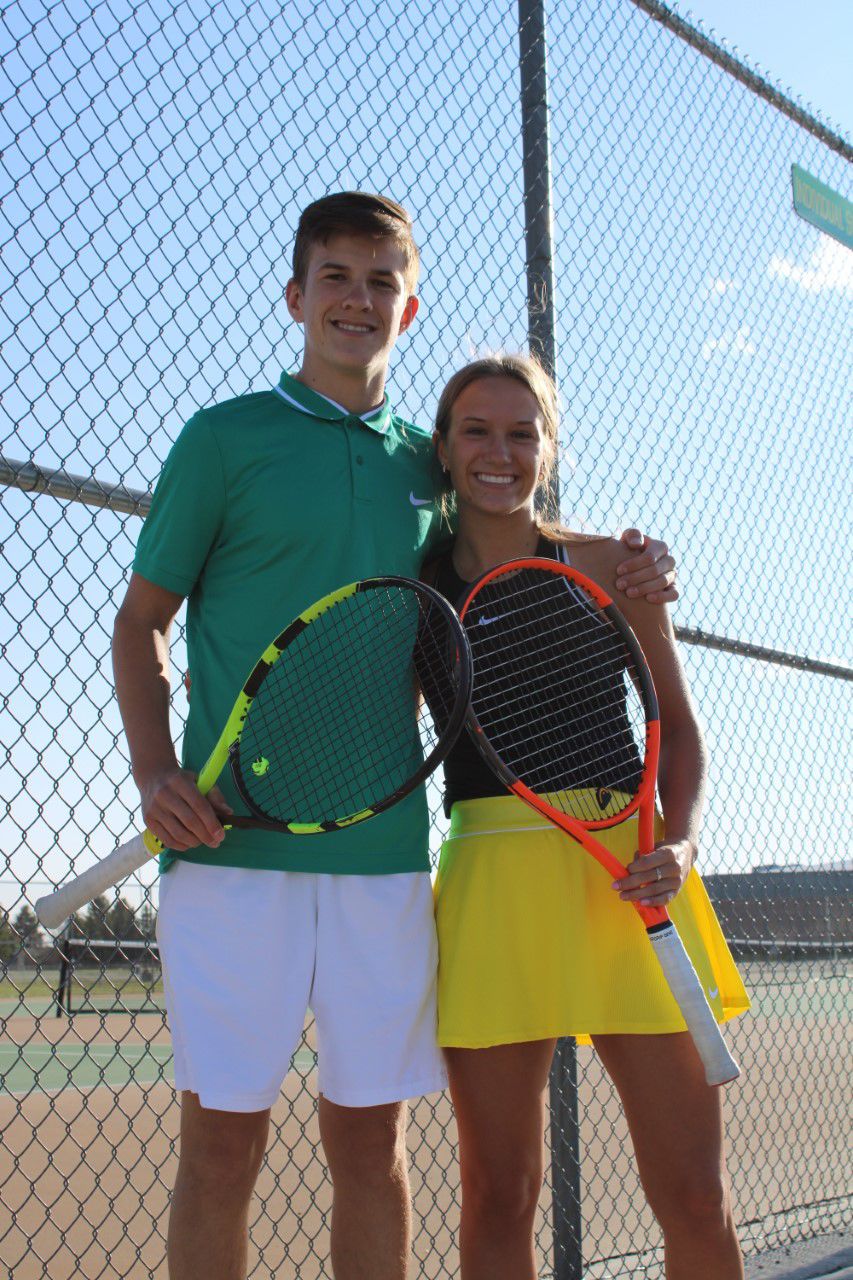 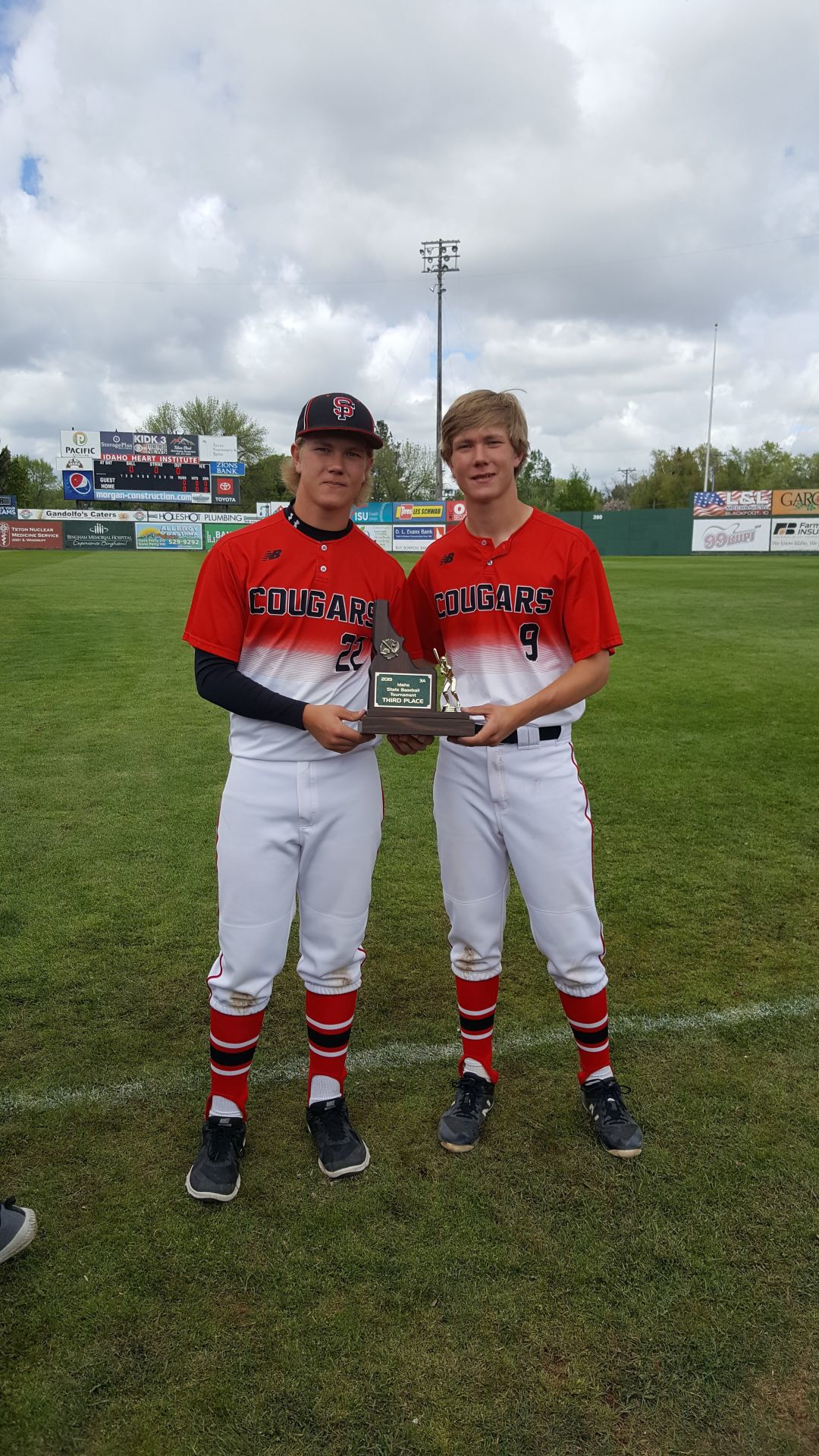 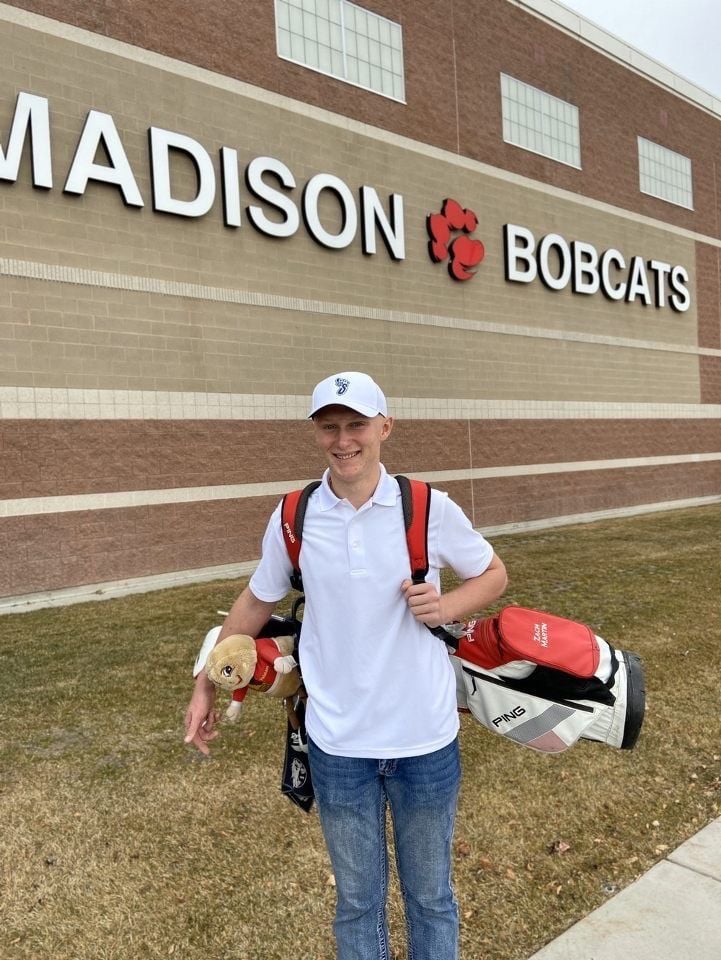 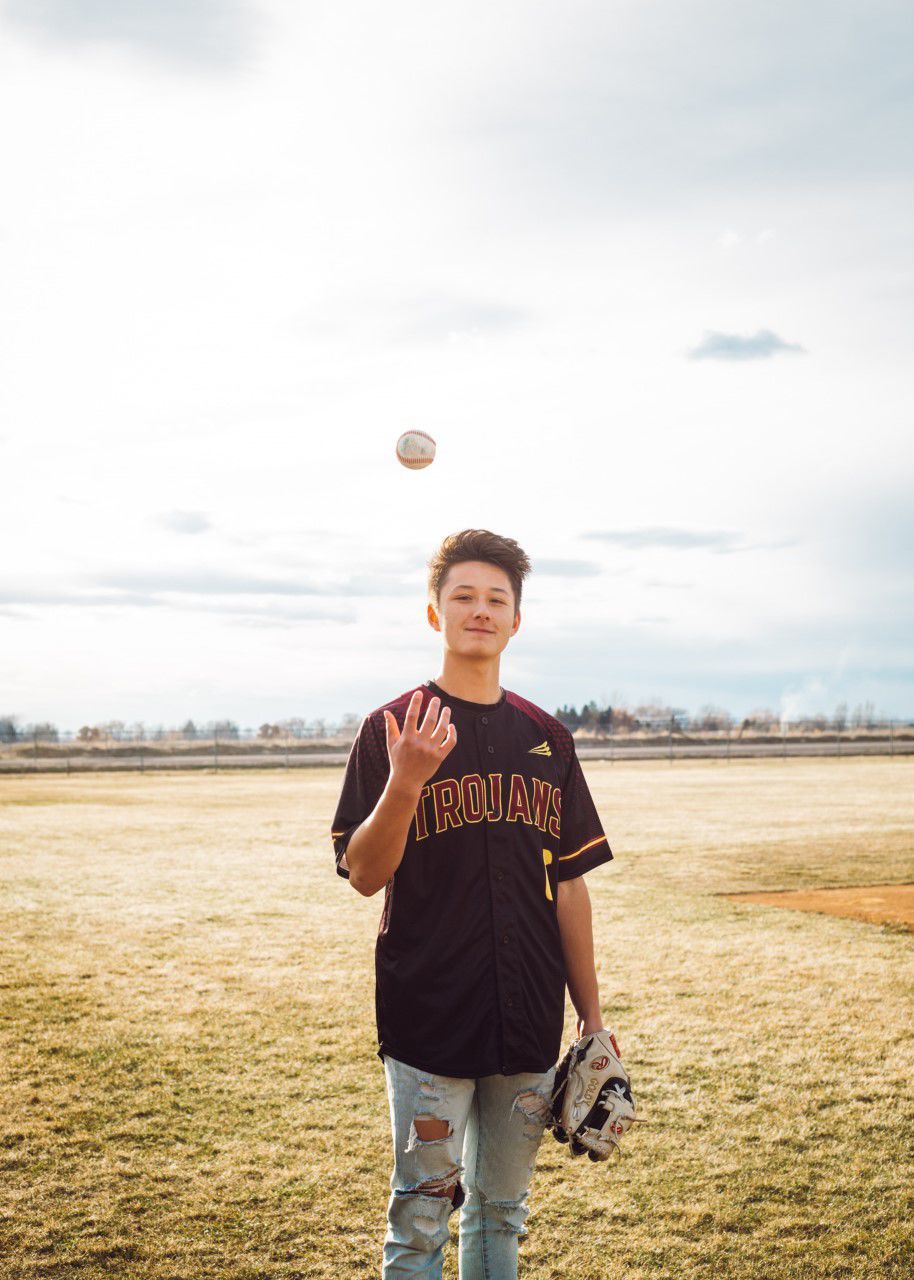 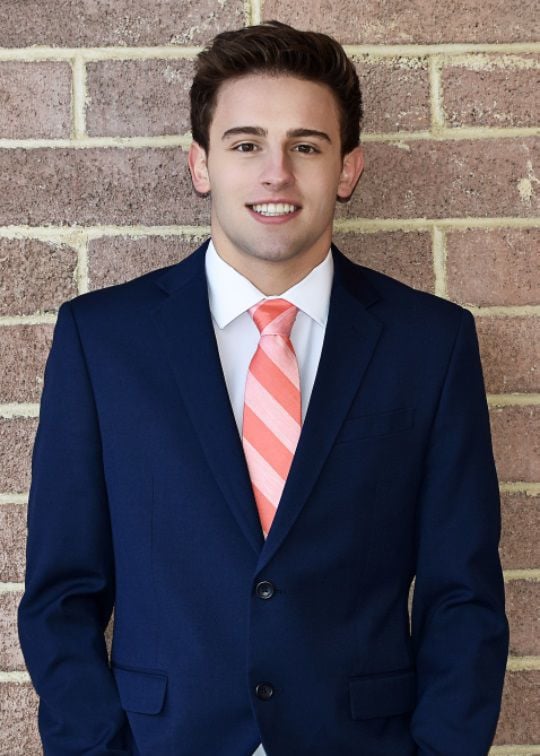 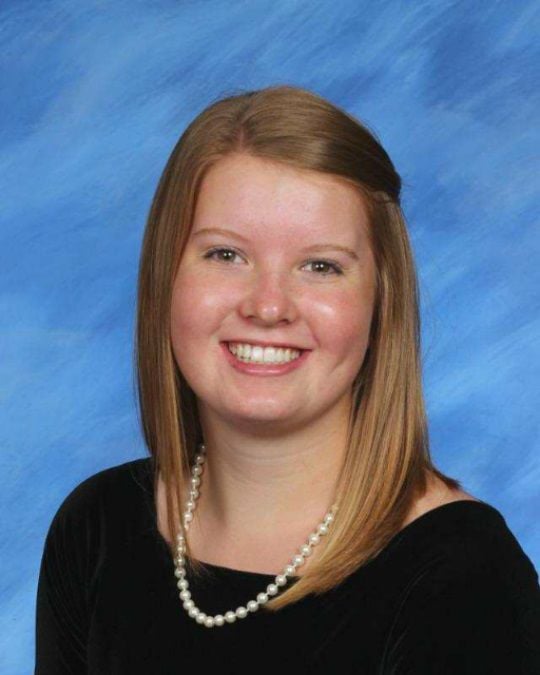 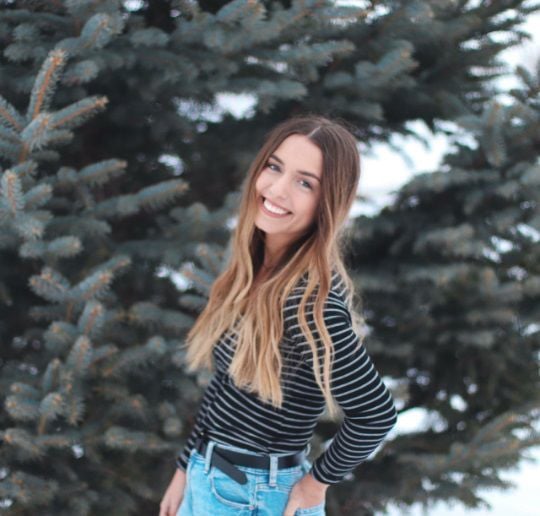 Disappointment, despair, and sadness. That's the overriding sentiment among area seniors whose careers were cut short due to the COVID-19 pandemic. Here are a few of their stories.

Being a part of the Tigers team that reached the 4A state championship game last season, Miller said he had high hopes for his senior year after recovering from an arm injury.

The outfielder, who also played quarterback on the football team, played in 25 games last season. One of just two seniors on the Tigers along with Chris Dompier, coach Trent Johnson described Taggert as having a football mentality on the baseball field.

Miller said he plans to join the military.

“It’s been disheartening to see how fast the virus progressed throughout the nation,” he said. “I think it was pretty obvious (the season) was going to get canceled just because it was probably the right thing to do. It’s still heartbreaking to know that all the work and effort and time you put in with your teammates and by yourself is just gone.”

The Bees twins have advanced to the state tournament with respective doubles partners Kade Belnap and Sage Leishman and were primed to make a return trip this spring. Both have played tennis since a relatively young age, Chris at age 8 and Hannah at 10. “I just loved it,” Hannah said.

With the season suspended, Chris said he kept practicing every day in hopes the season would eventually resume, but that dream ended last week. “My first thought was that all that work was for nothing, but I started thinking about it and realized the aspect I’ll miss most is the team part of it.”

Hannah and doubles partner Leishman were part of the Bonneville state championship basketball team that finished undefeated and won the 4A state title. She hoped to carry that success over into the spring.

With some of the state’s top seniors from last year graduating, Hannah said they were ready to make a run at the state doubles title. “We were looking forward to having a pretty good season, but things fell through.” she said.

Both Chris and Hannah are headed to Utah State and will likely play intramurals. Chris plans to study engineering and Hannah will pursue a teaching degree.

“Reflecting on the past I have no regrets,” Chris said. “Of course you can sit there and say we could have done better at state last year, but we had a good time.”

“My high school experience was something I’ll never forget,” Hannah said. “That was the season I looked forward to the most. I loved it so much more than competing at different tournaments … I’m heartbroken it’s over.”

Black and former doubles partner Rachel Harris finish third in the 4A state tournament the past two seasons. Harris has since graduated, but Black planned on another successful season this spring in mixed doubles. Black was a team a captain, but the season ended after just one match.

“It’s super sad,” she said. “It’s really disappointing I never got to close that chapter of my life the way I wanted to.”

Black said she was expecting to add another medal to her collection. She played mixed doubles as a freshman and was in the process of getting teamed with a new partner for the new season.

She plans to head to Utah State and play intramural tennis.

“I think for now my competitive tennis days are over,” Black said. “Which is super sad … High school tennis was the highlight of high school for me. It’s super fun.”

Named after former Major League slugger Mark McGwire, Jephson was a four-year starter for the Trojans and a key part of the American Legion East Idaho Rockies.

“I was pretty depressed,” Jephson said after hearing the season was canceled. “Just knowing I worked really hard the last three years in my high school career leading up to this point.”

Jephson worked out at home in hopes of the season resuming and worked out at a local park. Last year he hit .400 for Rigby and led the team with 25 runs, 30 hits and 11 doubles and was among team leaders with 15 RBIs.

Jephson said plans include playing at a two-year college and serving a Church of Jesus Christ of Latter Day Saints mission.

Sawyer and twin Seth were part of the Cougars’ team that reached the 3A state semifinals a year ago. A handful of seniors returned for another run this season.

“We were excited for the season,” Sawyer said.

The duo had an interesting dynamic with Sawyer pitching and playing outfield and Seth playing catcher.

Sawyer said the plan is to eventually play in college, possibly at College of Southern Idaho.

“We realize there’s nothing we can do about (the cancelation),” Jephson said. “Millions of other seniors are in the same spot as us, it’s happening to the whole 2020 class, so we don’t need to feel sorry for ourselves.”

Golf was the one sport not impacted by facility closures. After finishing third at the 5A state tournament last season, Martin was able to practice on local courses, primarily Teton Lakes, and had his goals set high for 2020.

“I was looking forward to it for a long time,” he said.

Martin said this year’s Bobcat team was the best he’d played with and had a shot at challenging for the state team title. Even during the suspension, he said there was hope of maybe playing the district and state tournament.

While disappointed, Martin was optimistic about having his future plans lined up. He’s already signed to play at Spokane Community College and study science, possibly focusing on biology, he said.

A multi-sport athlete, Cummins was working toward returning to the 1A state track meet in four events.

A member of the defending 1A state champion boys 4x200 team, Cummins came within two inches of breaking Butte County's long jump record and fractions of a second from the 200 record. He and his senior teammates have been friends since kindergarten, and he said he loves the community behind small school sports.

“It’s kinda sad, but you've just gotta look ahead. Almost all the boys in my class, we do track too. I hope (my younger teammates) see us and how we succeeded and they'll keep doing track and keep living up to the name because we kinda made a name for ourselves. This is your sport. You need to do the best you can."

He plans to serve a Church of Jesus Christ of Latter Day Saints mission, study biology at Utah State and follow in his sister's footsteps in becoming a doctor.

Ivie comes from a family of throwers and established herself as one of the best girls throwers in District 6 last year with personal bests of 37-1 in shot put and 118-7.5 in discus, both top 20 marks in Idaho for any classification. She aspired to win titles at the annual Tiger-Grizz Invitational and at least one title at the annual BYU Invitational, pursue gold medals at the 2A District 6 and 2A state meets and help the Panthers continue their district title streak and state trophy streak.

She said she felt disheartened and robbed by the IHSAA's decision, but added that if it helps to end COVID-19, she is ultimately okay with it. Ivie plans to attend BYU-Idaho and pursue a career in the medical profession.

“Being able to watch my teammates and being able to cheer for them and them cheering for me, everybody just being together and just having fun, that's the part I'm gonna remember the most.”

Hawkes began playing softball at age 5, when she could first swing a bat and hit off a tee. She played multiple positions, but found an ideal fit playing third base for the first time last season.

She spent the IHSAA suspension working with a net and tee in her backyard and is still trying to wrap her head around the abrupt end to her high school career. With no prom, senior night of softball or graduation, she said she has been reminded of the importance of family and to not take anything for granted. She said she had no doubt the Titans would reach the 5A state tournament this spring.

Hawkes plans to attend college for a year before serving a Church of Jesus Christ of Latter Day Saints mission, and ultimately becoming a speech pathologist.

"In softball, one thing I felt like I was always good at was just being able to take my failure and use that as motivation, motivation for myself and for other people. I love to bring people up. A lot of my teammates tell me I'm the hype girl. I always want to make sure people play their A game and don't sell themselves short."