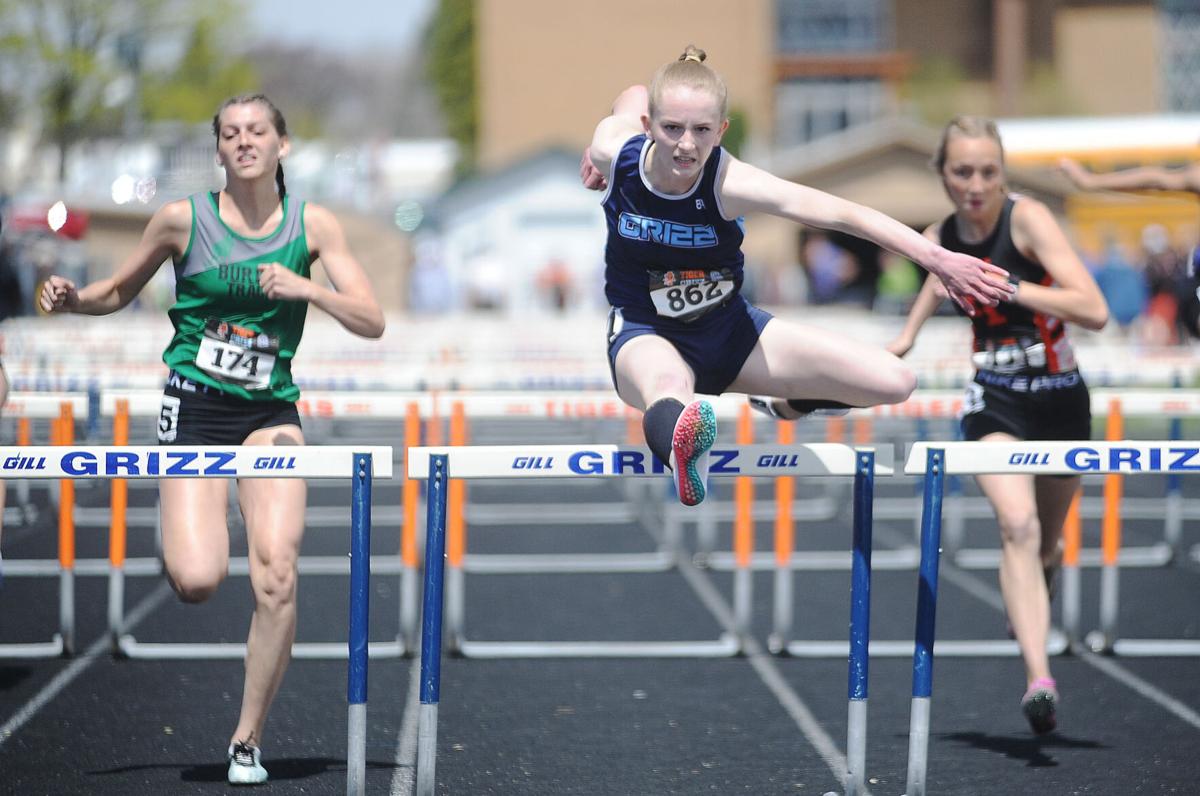 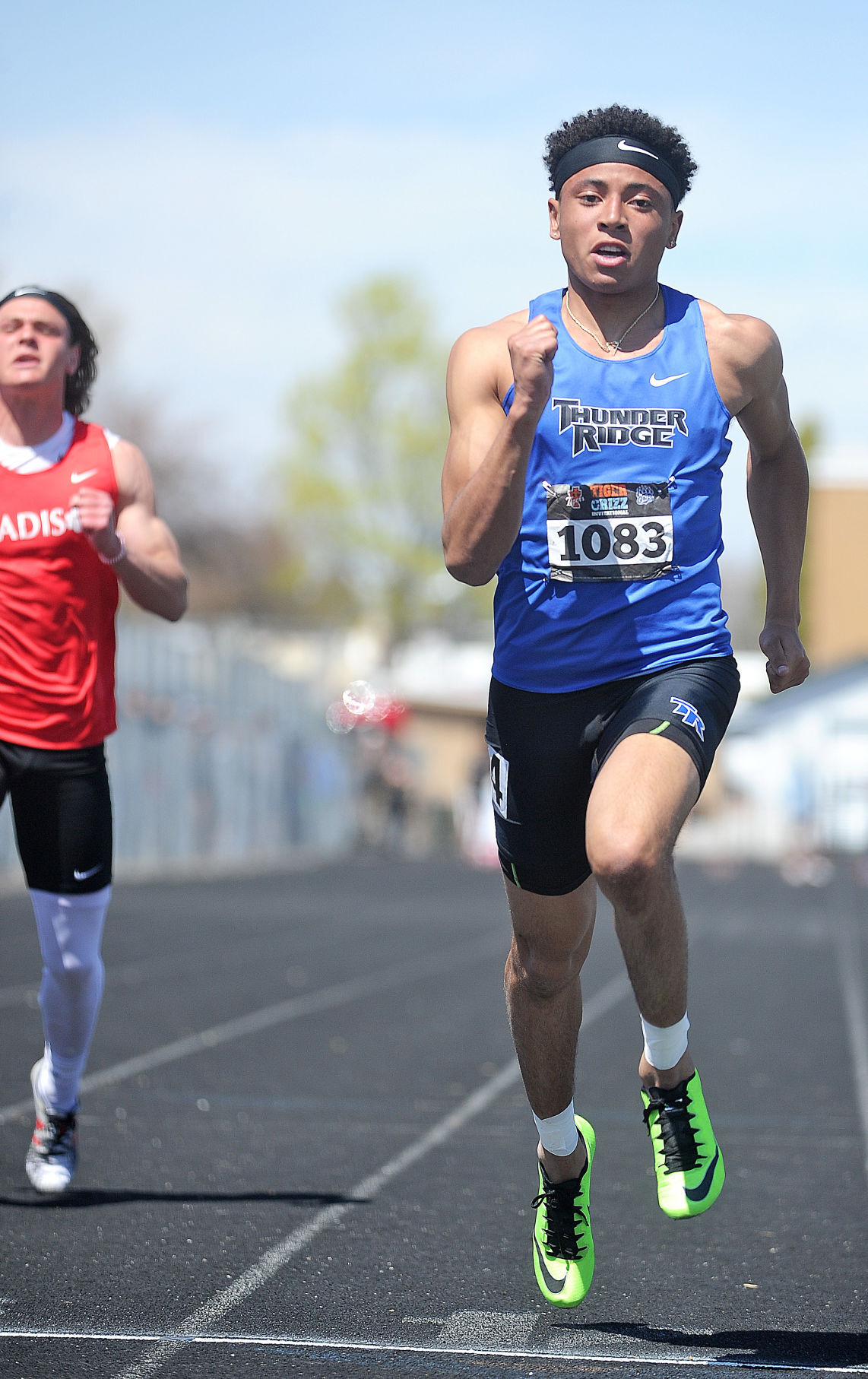 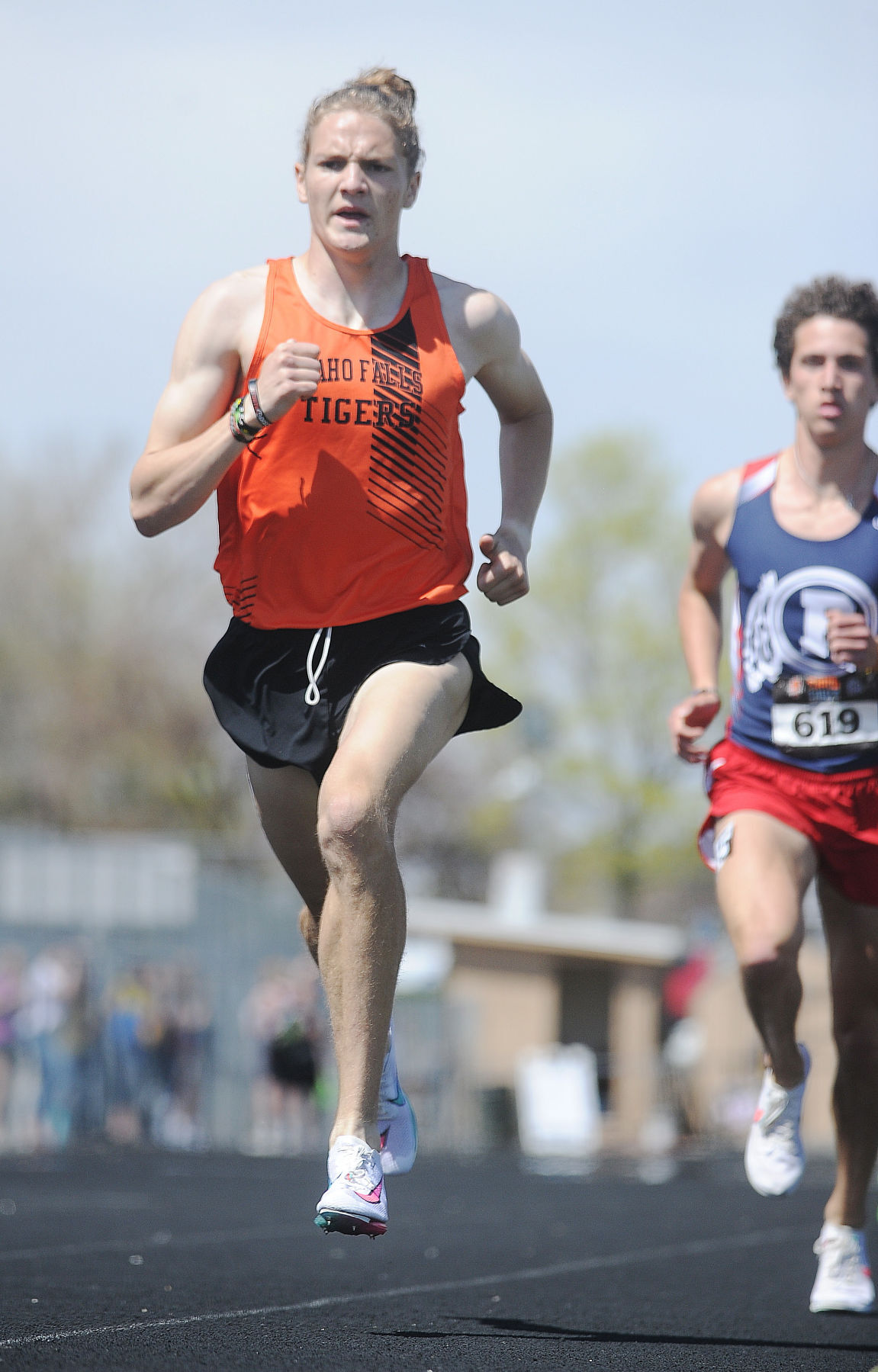 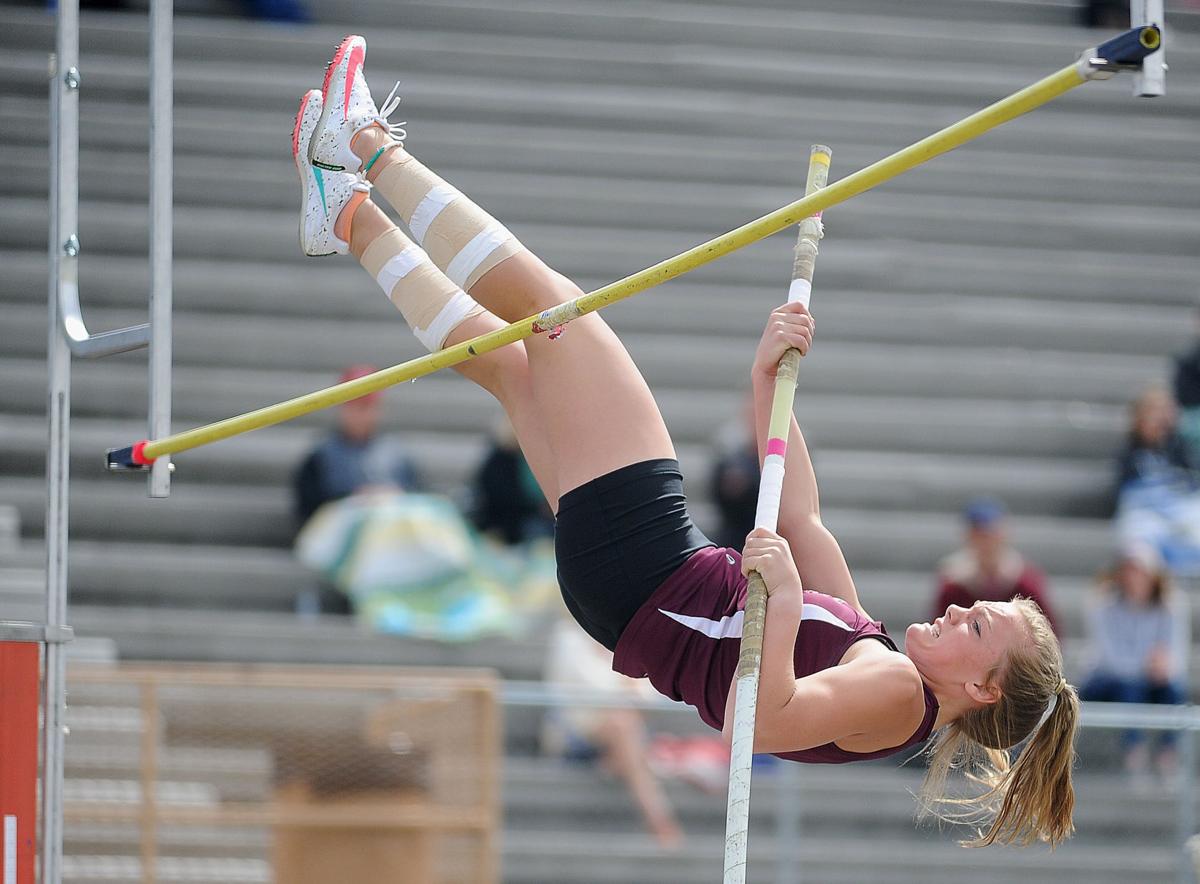 The filled stands at Ravsten Stadium were a welcome sight to behold for District 6 track athletes Saturday as competition concluded at the first Tiger/Grizz Invitational since the onset of COVID-19.

For Skyline sophomore Claire Petersen, the annual meet was a debut of sorts. She never experienced the meet as a freshman due to the Idaho High School Activities Association’s decision to cancel the spring sports season last April.

Petersen continued a family tradition with the honor, as her dad won an athlete of the meet award at the 1996 Tiger/Grizz, and she added another plaque to Skyline’s collection — as teammate Sariah Harrison won the award in 2019.

“I didn’t know there was a plaque for it,” she said with a smile. “It was so much fun to go out there and compete against these great athletes from all over.”

Petersen is currently undefeated this season in both hurdles events, and she has won all but one 100 race, running faster than 13 seconds each time. She said she hopes to break 15 seconds for the 100 hurdles, break 45 or 44 seconds in the 300 hurdles and reach the finals of the events she qualifies in for the 4A state meet.

While those goals are at least a couple weeks away, the sophomore had plenty to take in Saturday at a long-awaited meet at a stadium that hosted several of her middle school meets.

“To look up and see the stands full of people meant so much,” Petersen said. “It was great to get to be here and show them what we are made of.”

Skyline’s co-host and rival Idaho Falls also had a multiple gold medalist in senior Zac Bright. The senior and University of Idaho signee anchored the Tigers’ winning boys 4x800 on Friday, finishing in 7:59.73 to put them No. 1 all-classification in Idaho thus far this season. Bright also won the boys 800 on Saturday in 1:54.3 to break a 26-year-old meet record.

Bright said he and 4x800 teammates Joseph Ereaux, Taylor Wehausen and Luke Athay were going for meet and school records, which they obtained, but breaking eight minutes was a bonus.

“It all came together really great,” Bright said. “They all had such great starts that all I had to do was finish the race.”

“I just ask that I can do my best on that day,” Bright said.

Robbins and Smith know each other from when Smith attended Blackfoot, and the two exchanged congratulations immediately after their photo finish.

“I didn’t know how much she would fight for it,” Robbins said. “She fought so hard, and that pushed me.”

Her winning 400 time was a personal best for Robbins, who said she is going after Firth’s school record of 58.08. Her Tiger/Grizz medals also came against athletes from all five classifications in Idaho.

“It’s amazing because this meet just brings some of the best people,” Robbins said. “To see a small town girl like me win, it’s so fun.”

Like Petersen, this weekend was a Tiger/Grizz debut for Thunder Ridge’s Tao Johnson. The junior multi-sport athlete, whose personal best 10.62 from April 16 is currently No. 1 all-classification in Idaho, won Saturday’s varsity boys 100 in 11.13.

“It’s definitely very cool, but I’m really just trying to focus on districts and state and getting locked in,” Johnson said.

Johnson is a first-year track athlete.

“What I’ve noticed from track so far is it’s competitive but also relaxed,” Johnson said. “I like being able to meet the other athletes.”

“We try to set up our hurdles next to each other (at practice),” Porter said. “We push each other, which is good.”

Porter, who also competes in the 100 and 4x100, said he was drawn to hurdles in middle school and stuck with it.

“I just got really good at it,” Porter said. “Every year, I’ve seen my body improve.”