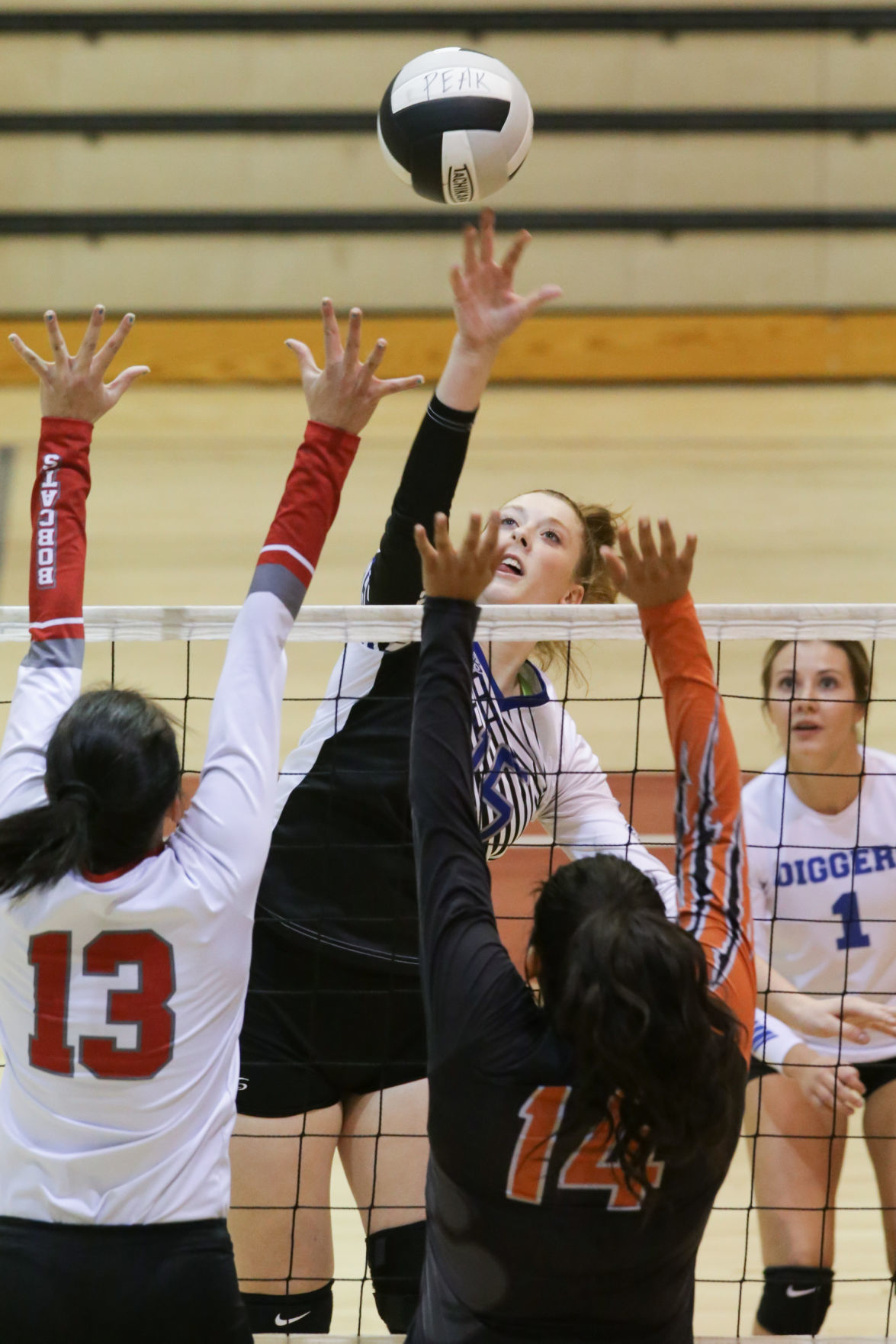 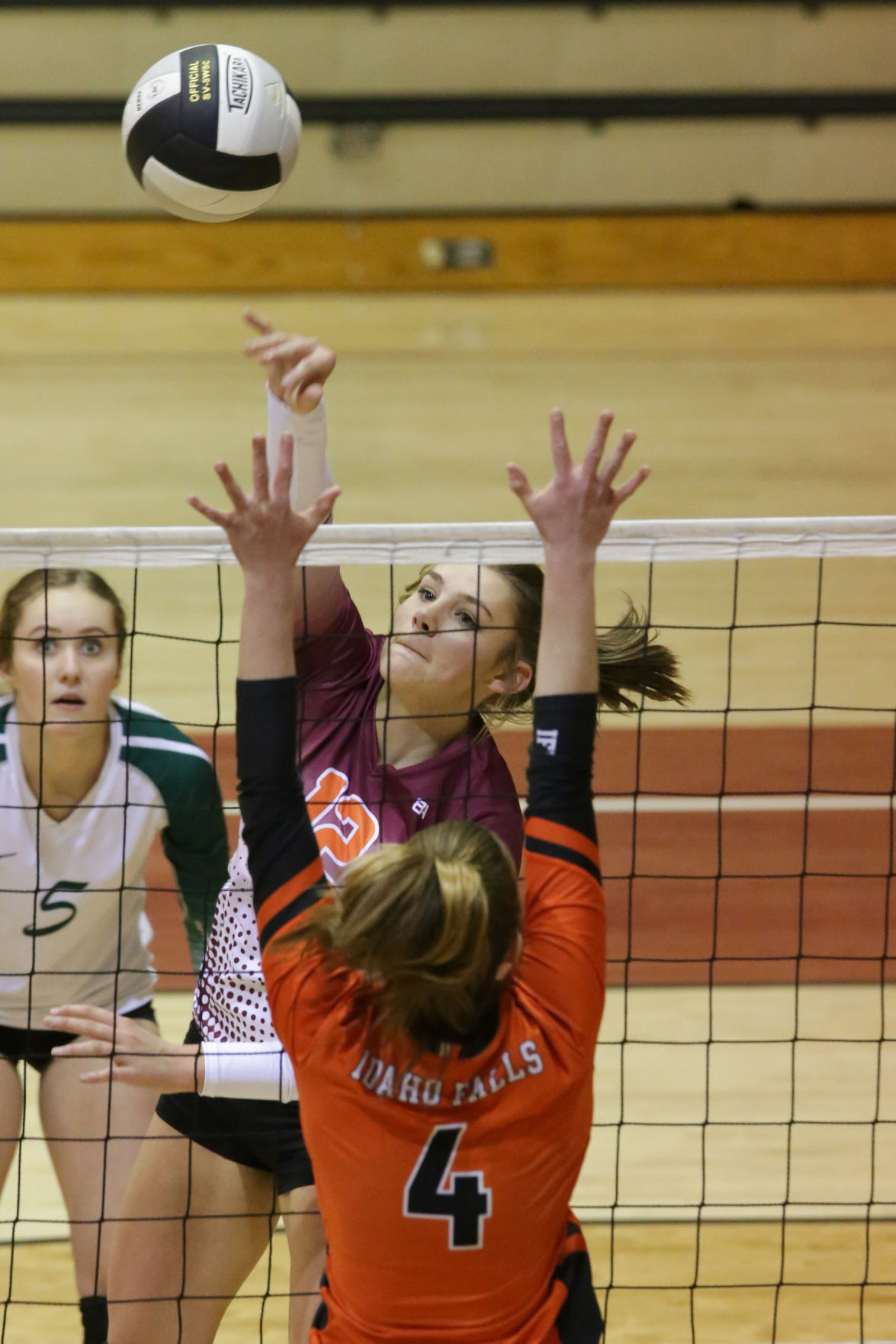 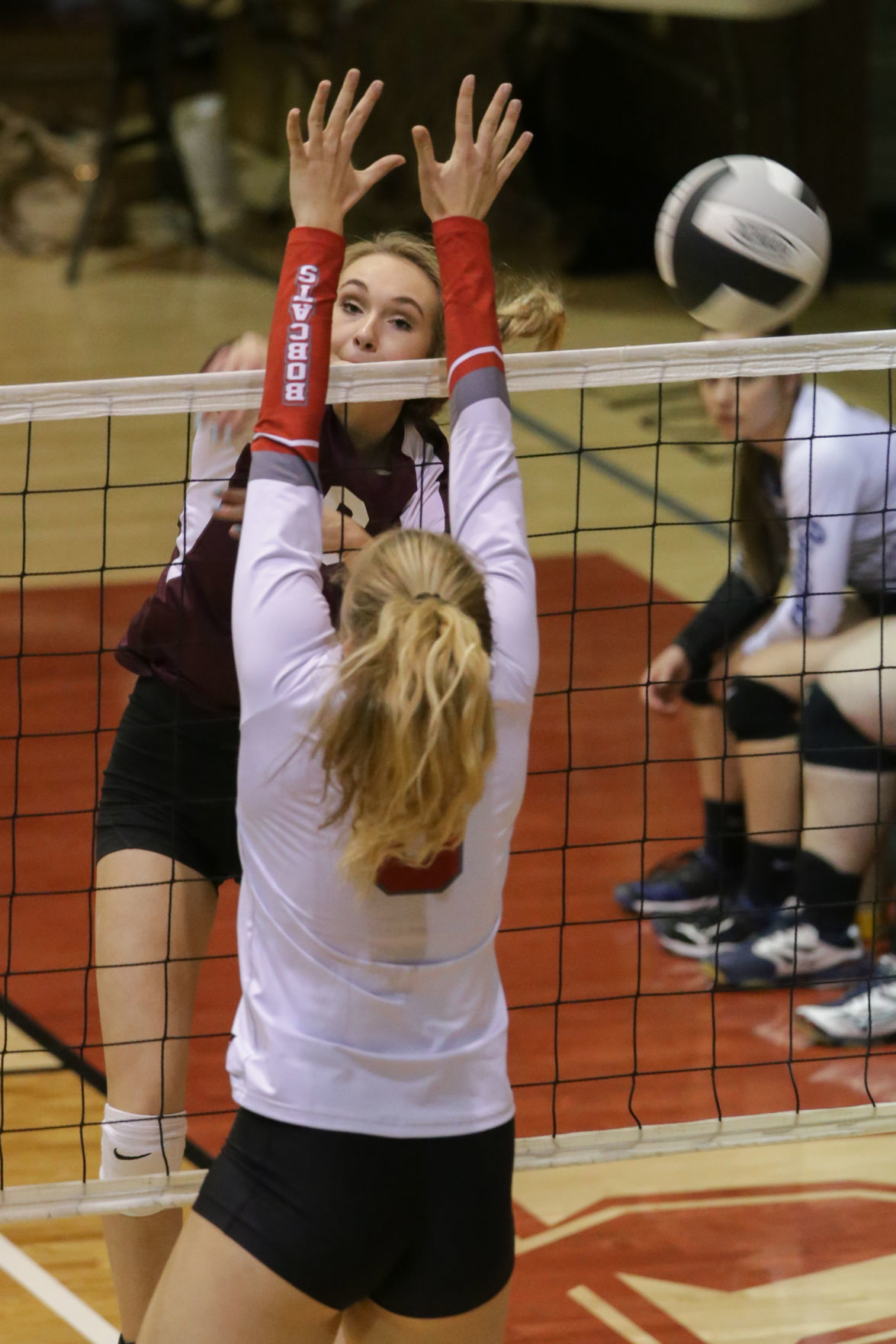 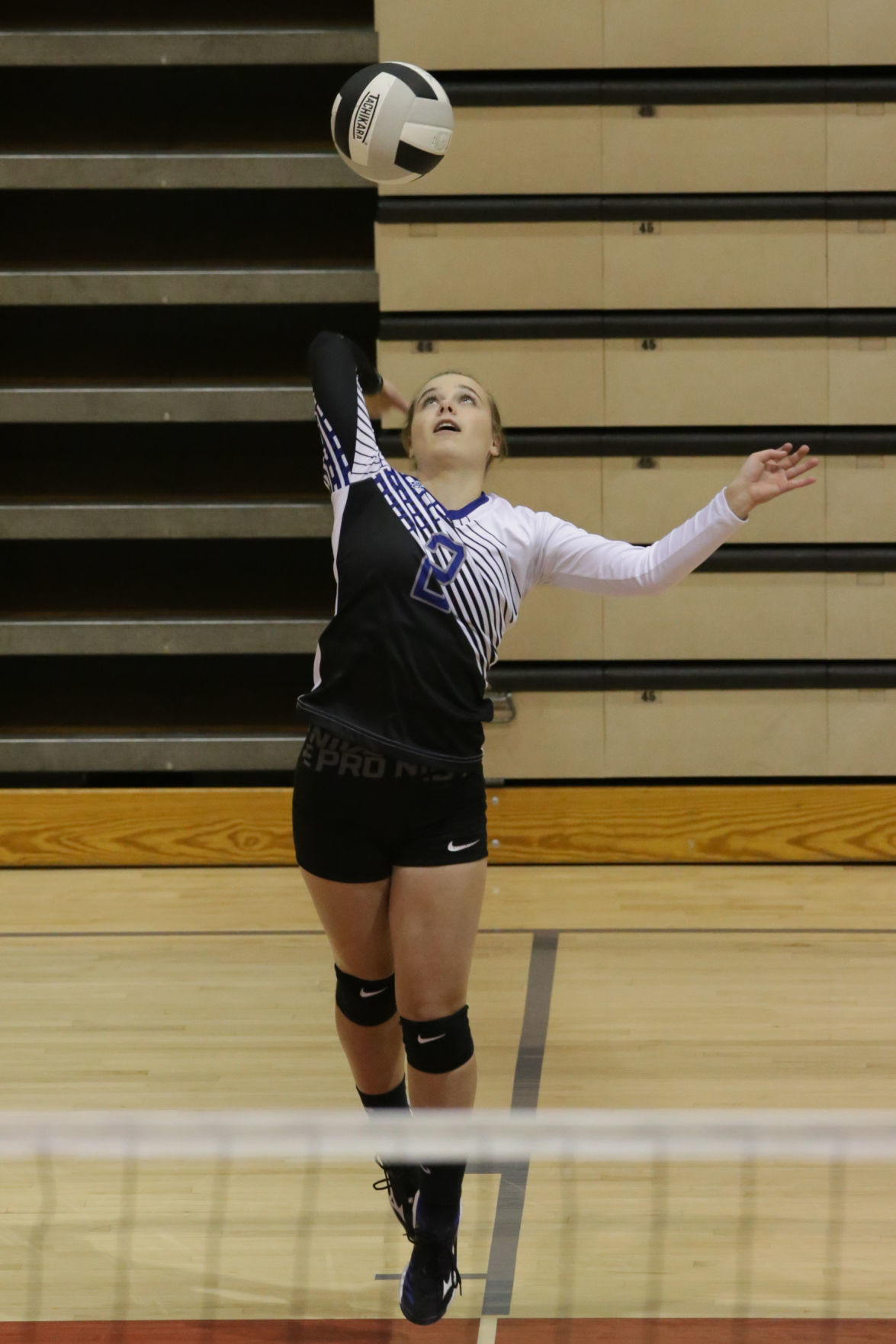 The all-star game added to an already memorable week for Sugar-Salem senior setter Camber Dodson, whose team won the 3A state championship on Saturday in Coeur d'Alene. After the first match of the evening, Dodson was awarded the annual scholarship from District 6 officials. She was nominated by her mother, Sugar-Salem head coach Cami Dodson.

This is not the first time the scholarship went to an athlete whose mother nominated her. At the 2015 all-star game, Bailee Burgess was a scholarship recipient and was nominated by her mother, Salmon head coach Tracy Burgess.

Camber said Cami did a good job of keeping the scholarship nomination from her, because she was genuinely surprised to hear her name announced Wednesday.

"I had no idea," said Camber, who played with the South team Wednesday consisting of Sugar-Salem, Firth, West Jefferson and Rigby athletes. "She likes to keep the big things from me."

She added that she was touched to hear what her mother wrote about her in the nomination letter, which was read aloud by District 6 officials.

"It was amazing," Camber said. "She does a good job of separating being my mom from being my coach and asks me who I want to talk to, my mom or my coach. She coached my sister, Chaise, who is exactly four years older than me, so she's had a lot of practice."

A four-year varsity player, Camber played in a state title match all four years for Sugar-Salem. The Diggers won back-to-back titles her freshman and sophomore years before taking second to Filer last year. Camber went out a winner Saturday, however, as Sugar-Salem defeated Fruitland to claim the title in a particularly loaded 3A field.

Camber, who signed Tuesday to play volleyball at Utah State Eastern, said the scholarship will help to pay for books. She added that she will be playing against one of her Digger teammates, who signed with Snow College.

Representing one of the smallest District 6 schools Wednesday was Watersprings senior setter Joanna Hayes, who played on the West team consisting of athletes from Watersprings, Blackfoot, Thunder Ridge, Challis and North Fremont. Hayes said height disparities and multiple options of people to set were the eye-openers Wednesday after playing all four years on a roster with limited available subs.

"It was very different, especially because coming from a small school and you're not used to having tall people on your team," Hayes said with a laugh. "It was weird because I had (Watersprings teammate) Abigail (Yadon) on the front row but I also had Avery (Turnage) from Thunder Ridge."

Hayes said she not only enjoyed playing alongside and against other athletes from around the district, but the T-shirts that the District 6 officials provided to the athletes and coaches. Printed on the back of each shirt were the names of the five district teams that won state titles on Saturday: Thunder Ridge in 5A, Bonneville in 4A, Sugar-Salem in 3A, Firth in 2A and Watersprings in 1AD2. Of Saturday's six title games, District 6 won five of them.

Watersprings concluded a 32-2 season Saturday upon winning its second state title in three seasons, and among those wins were the eventual top three teams from the 2A state tournament (Firth, Nampa Christian and Malad) as well as some 4A schools at the Skyline Classic. Hayes said those wins gave the Warriors confidence.

"It's amazing to see how things fell into place this year," Hayes said. "We didn't panic. We all just played our game."

Hayes said it is hard to believe her Watersprings volleyball career ended, and the reality of that started sinking in during Saturday's 1AD2 title match versus Salmon River. Like Camber Dodson, Hayes got to go to state all four years and play for a trophy. The Warriors placed third in 2016 and 2018 and won titles this year and in 2017.

"In the last set of the Salmon River game, I looked at my teammate Rylee Winkleman and said, 'This could be the last five points of my volleyball career,'" Hayes said. "Coming in freshman year, we had seven players on our team. It is crazy how fast this season went by.

Rigby's Kiffin Finn and Taiylor Bybee won the setting and hitting contest, which came down to the wire between them and Ririe's Erith Hayes and Kelsey Crystal, while Bonneville's Makayla Sorensen won the serving contest.

Check out photos from the 6th District Volleyball Senior All Star Game held at Hillcrest High School on Wednesday, Nov. 6, 2019.