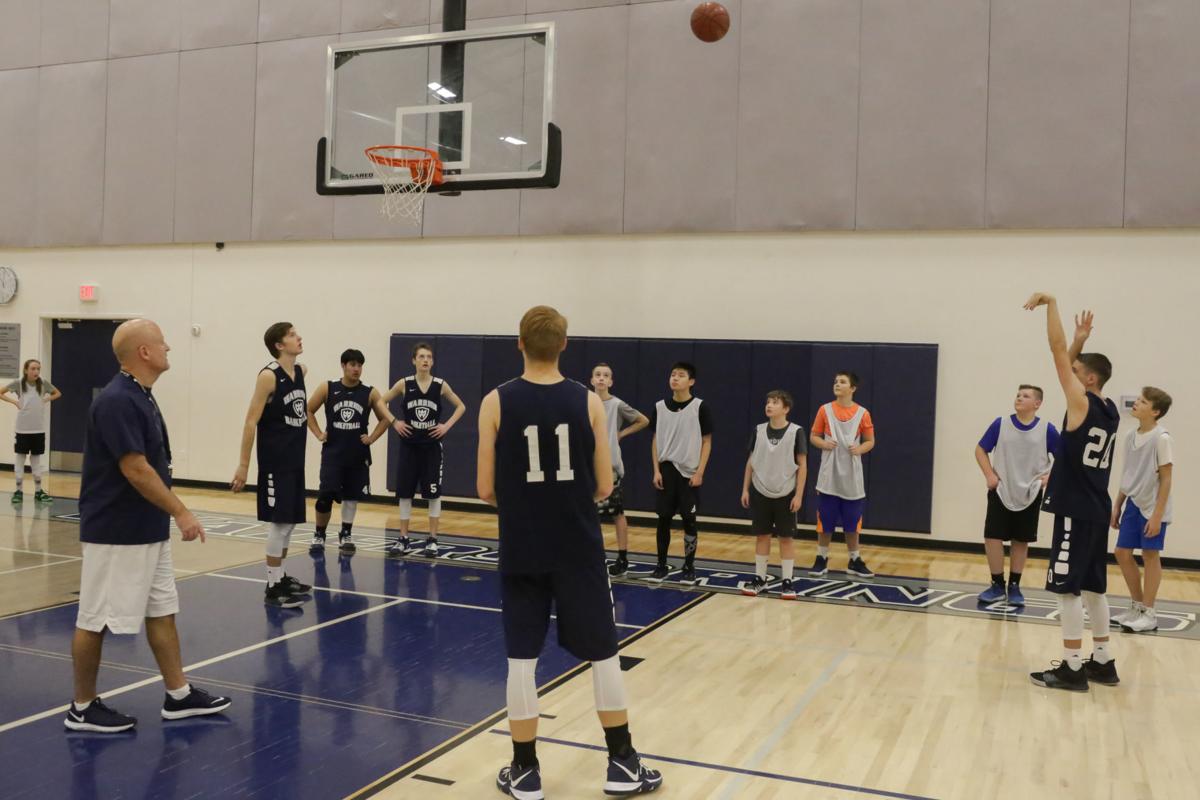 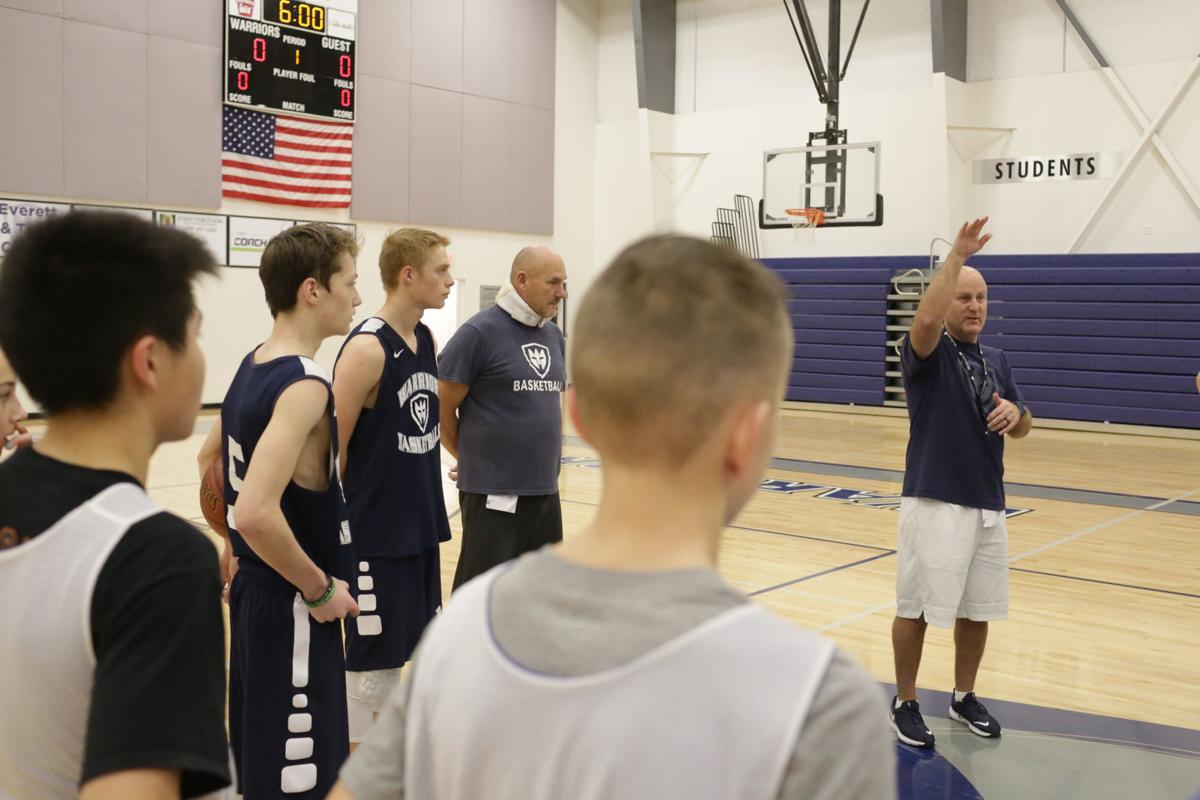 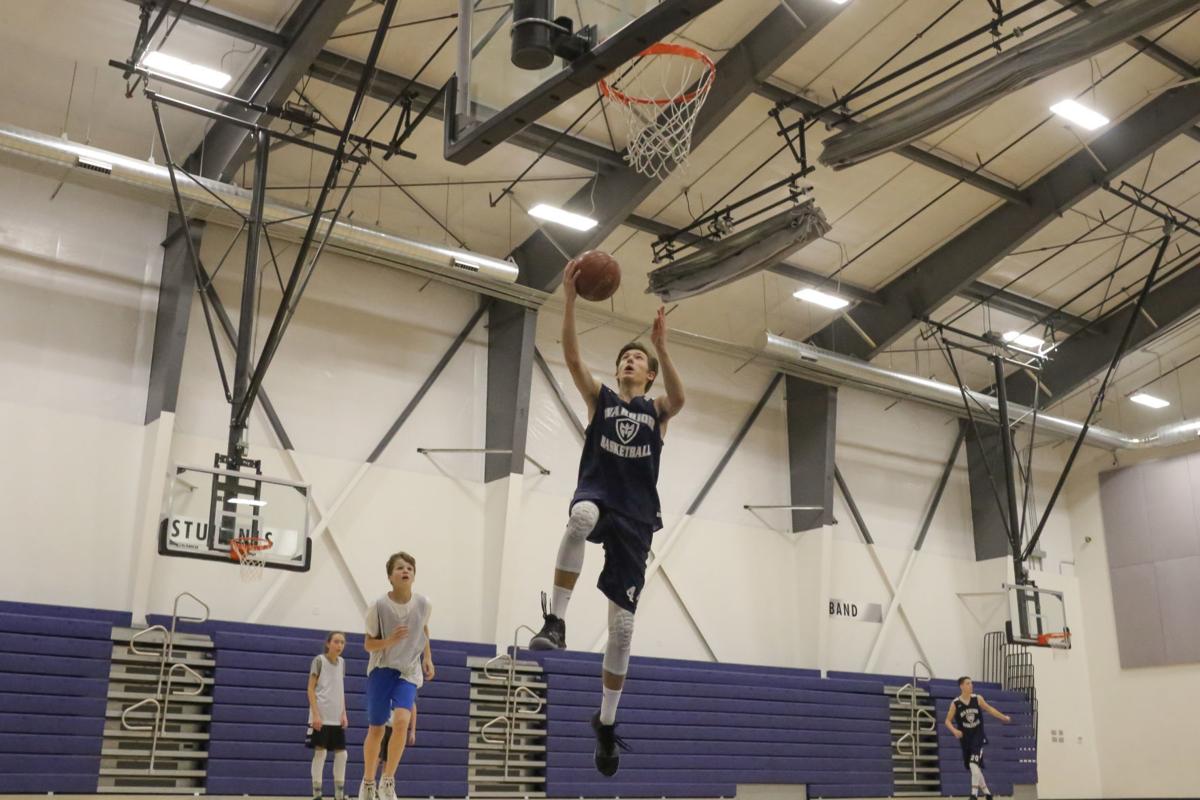 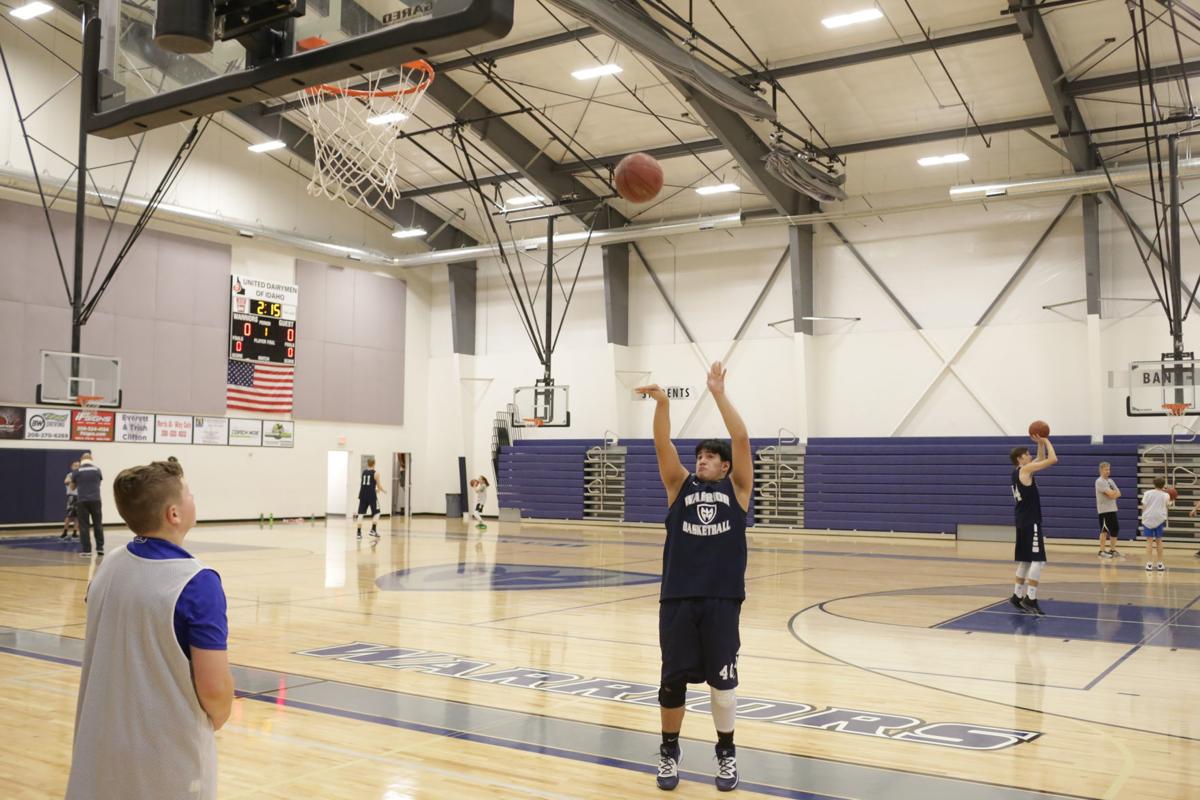 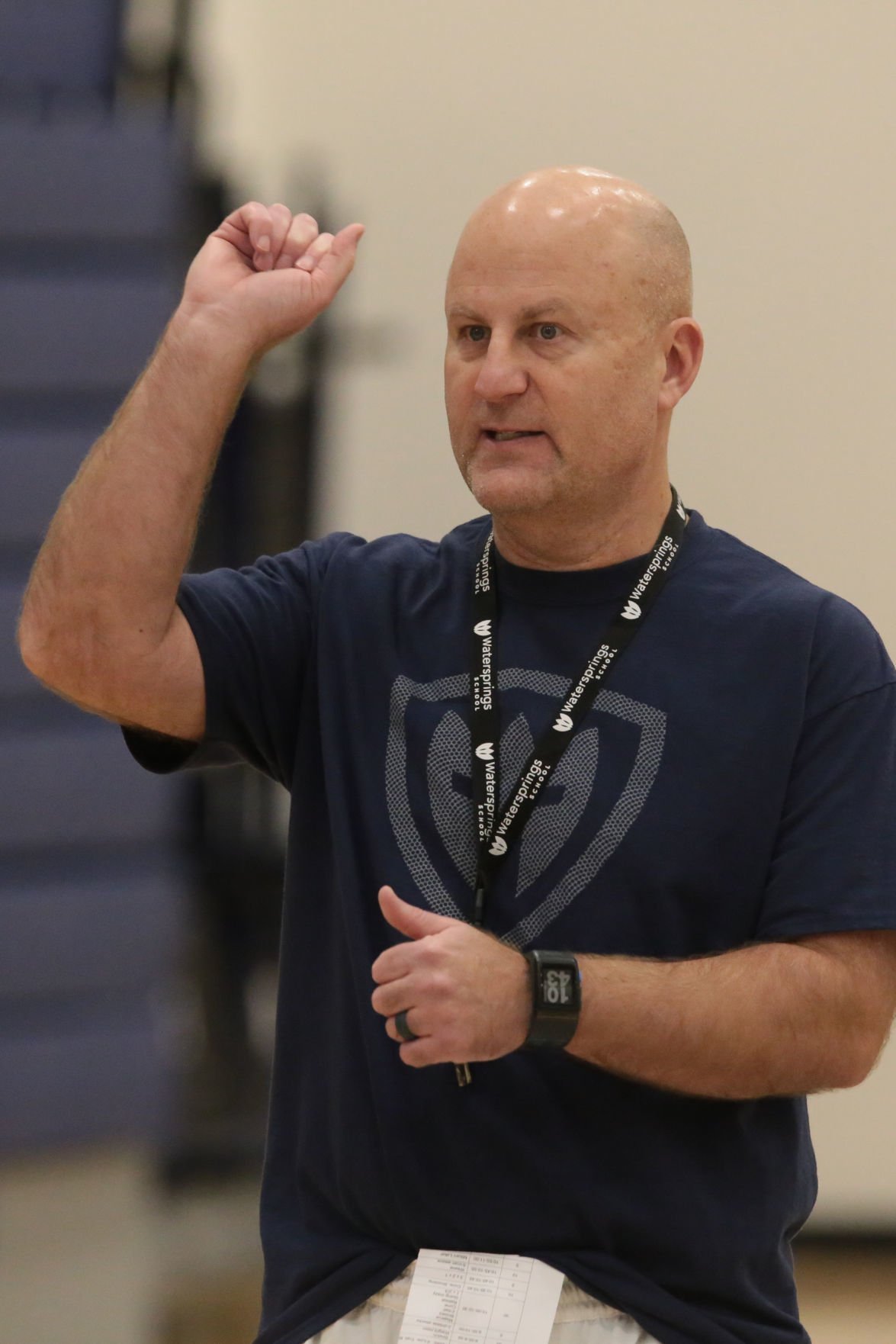 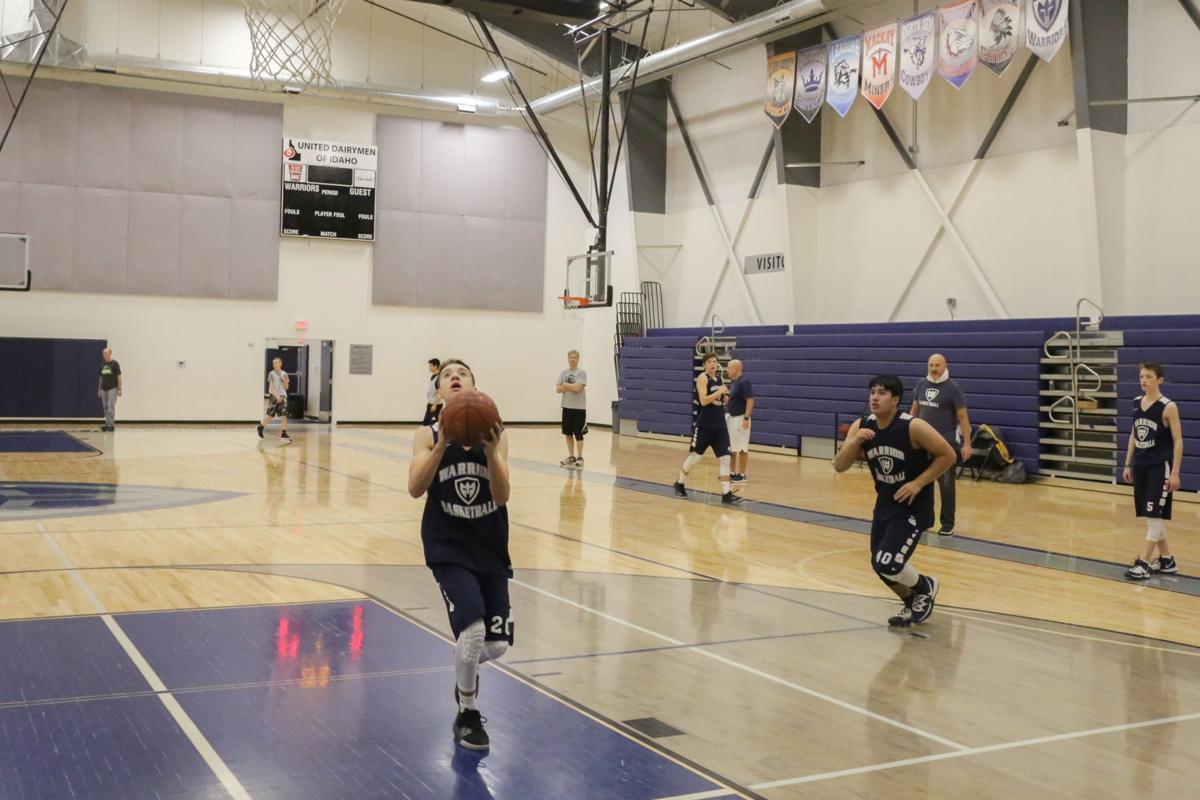 Of course none of the Warrior players were around when the original Fab 5 starred at the University of Michigan nearly 30 years ago, but that’s not the point.

Watersprings’ roster consists of only five players and is comprised of a junior, two sophomores and two freshmen. There are no junior varsity or freshmen teams waiting in the wings. There are no breaks, no subs, no full-on scrimmages during practice, but there is plenty of room on the learning curve.

For Moe, the challenges of competing with just five players are plenty. But so are the rewards.

“We’re trying to change the culture around here a little bit,” said Moe, who is in his second season at Watersprings after coaching in Washington state. “We’re trying to instill a work ethic, commitment, sacrifice. We’re really passionate about becoming the best we can possibly be. That requires work and not all kids like to work … Fortunately we got five kids that are grinders and workers.”

“Initially I was a little nervous,” Robert Canfield said of starting the season with just five players. Canfield is the most experienced player on the roster in his third varsity season.

“But I was excited about the prospect of the challenge," he said. “We had five players who were committed to the game and a great coaching staff.”

Moe said his preferred style is to press and run, but that’s not really an option with just five players, where foul trouble or even a minor injury can swing a game. The tendency might be to play a conservative style of ball, but that’s not an option either. At least for Watersprings.

“I realize we have five guys, but let’s not pace ourselves, let’s go all out every possession, every game,” Moe said. “But we’re also trying to play sound, fundamental defense.”

Playing smart is crucial. The team practices how to compete with four players and has even had to play games this season with three players. Moe said practices have to be creative to get the most out of his limited roster. He’s even toned down pre-game warm-ups to keep players fresh. Timeouts are used not necessarily for strategizing, but instead to get players a much-needed breather. The team was able to practice with middle school players during the recent break.

It’s a challenge the players seem to embrace.

“We go into each game feeling like we’re not at a disadvantage,” Robert Canfield said. “We’ve prepared well with the team we have, so much so that we don’t feel afraid to go into any matchup with anybody.”

“It’s been a challenge,” said freshman Daniel Canfield. “We try to focus on what we’re looking to do. We don’t worry about who we’re playing.”

The Warriors entered Saturday’s game at Challis with a 3-6 record. The six losses were by an average of just 8.5 points.

Moe noted that the scoreboard doesn’t always tell the story of the game. The young players are getting invaluable varsity experience while still being competitive against deeper and more seasoned lineups.

“It’s when we lose and we know we could have worked on stuff, that’s when a loss hurts,” Smith said.

Players said once they realized they would be shorthanded this season they tried to recruit friends or classmates to join the team, but with no success. Moe said the “woe is me” attitude didn’t fly.

“Instead of going down that path, this is the hand we’re dealt,” he said. “Let’s go to battle and see how good we can get and let’s build it up … This year, we’re going with the Fab 5 and we’re going to try and have as much fun and become the best we can possibly be.”

Even so, the Fab 5 almost never materialized. In August, Dostal moved in and completed the final piece of the roster.

While they grind through the trials and tribulations of the season, players said the experience will indeed be beneficial for the in upcoming seasons.

“Focusing on the present will prepare us for the future,” Smith said.

Sitting in his office, Moe points to a list on a wall of all the students at the private 1AD2 school. The classes are small, but the sixth to eighth grade classes are a little bigger, meaning there’s potential for more boys in the pipeline to come out and play basketball. The youth program is also on the rise, Moe said. There are 61 kids in the program, with 20 boys playing at the sixth to eighth-grade level.

“I had a lot of people tell me you’re not going to make it through the season,” Moe said. “But we’re going to go to battle with the five guys we got.”