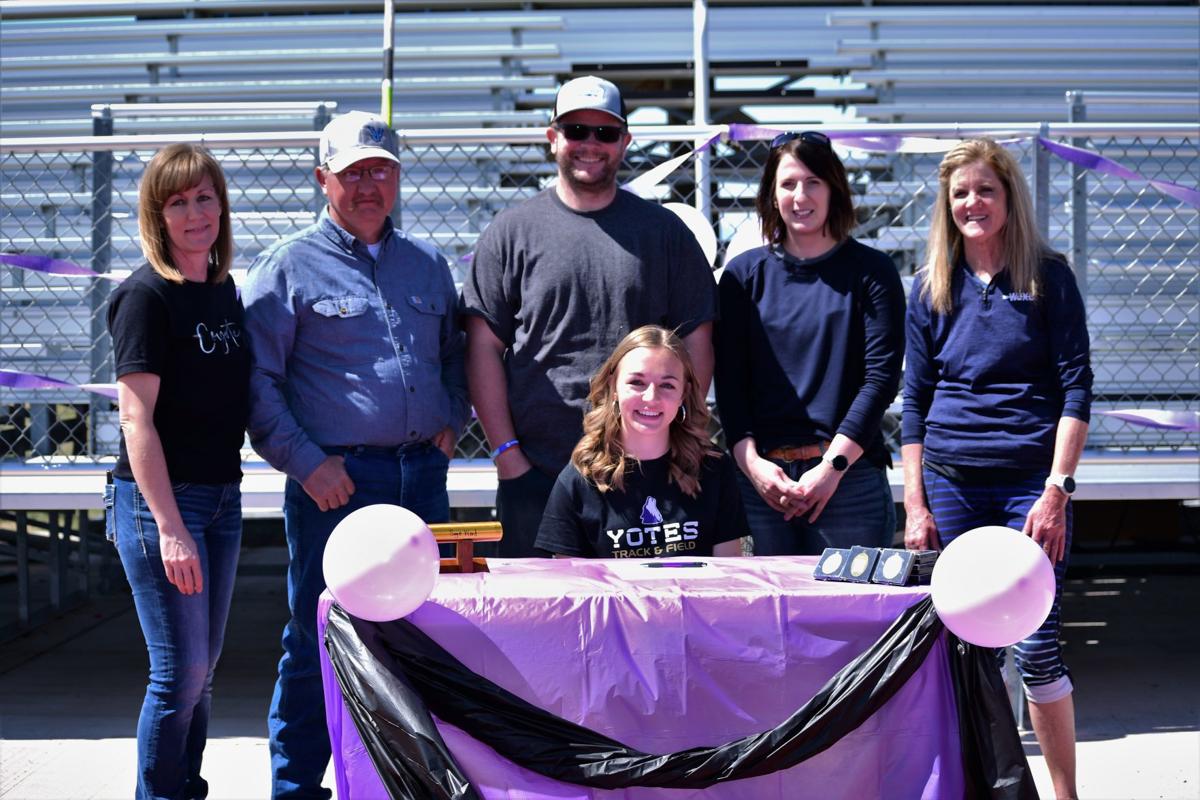 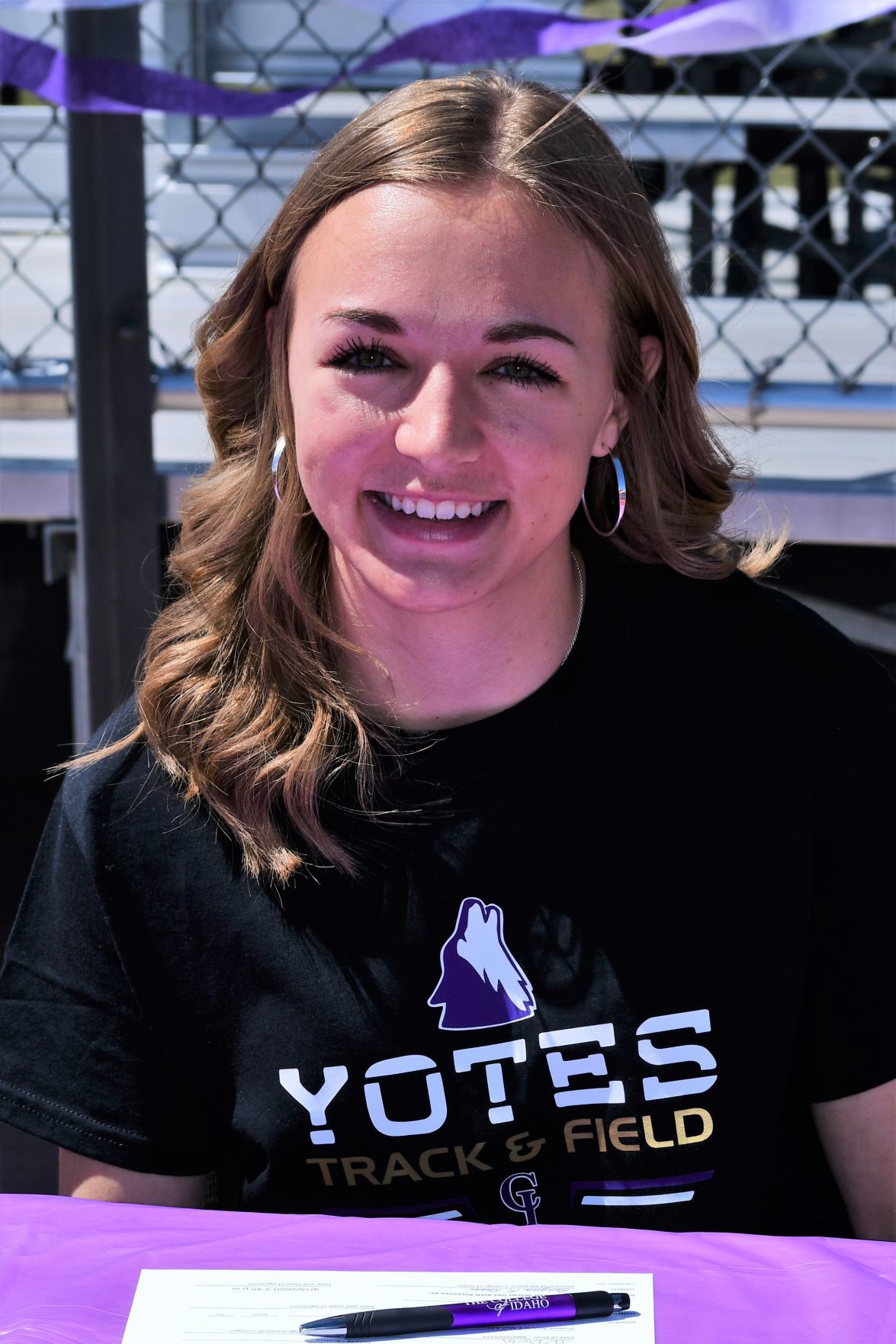 West Jefferson's Sage Wood will be exchanging blue for purple as she continues her running career.

The senior signed with College of Idaho's track program on Monday at West Jefferson's track before a small group of supporters including her parents, teammate Malaika Rogers, coaches Melinda Schwieder, Linda Smuin and Chet Packer. Wood said she had held off on signing with hopes that she would be able to do so at school, but when schools did not re-open due to COVID-19, her mom suggested signing at the track in front of a few people. She will study exercise science or biology to ultimately become a physical therapist.

Wood, who has wanted to run in college since she started track in sixth grade, said College of Idaho reached out to her on Instagram last summer. She visited and Northwest Nazarine University in February and came away most impressed with College of Idaho.

"Luckily the scholarship wasn't contingent on my senior year," Wood said Thursday in a phone interview. "It was all based on my previous years. The coach is so nice. I got to have lunch with a couple of team members. I was just like, 'Man, I like it.'"

A sprinter, relay runner and pole vaulter, Wood said she will continue sprinting and vaulting and might take up long jump. She also would like to run relays if given the opportunity.

"The whole time (this last month), I was reminding myself that I am very lucky to run in college," Wood said. "I know a lot of seniors don't have that chance. There's definitely mixed emotions but I'm grateful for this opportunity and that my career isn't over."

Wood also expressed gratitude for being part of a successful run at West Jefferson. In her first three years of track, Wood was a member of West Jefferson's three-time 2A state champion 4x200 and 4x100-meter relay teams, the latter of which ran a 2A state record 49.80 last year, and she also won individual medals in the 200 (third last year, fourth in 2018) 400 (sixth place in 2017) and pole vault (fifth place last year, sixth place in 2018). She also contributed to West Jefferson's second place finishes as a team at the 2018 and 2019 2A state meets and the school's first ever girls track district championships those same years.

"It's crazy that we've had a lot of good athletes come through West J girls track, but never in the abundance that we had to be able to win districts back to back," Wood said. "Our district is so competitive, but the rest of the girls are so nice. I've made great friends competing at districts and state."