Kayla Vail looks to defend her title this weekend at the Tiger-Grizz tournament. 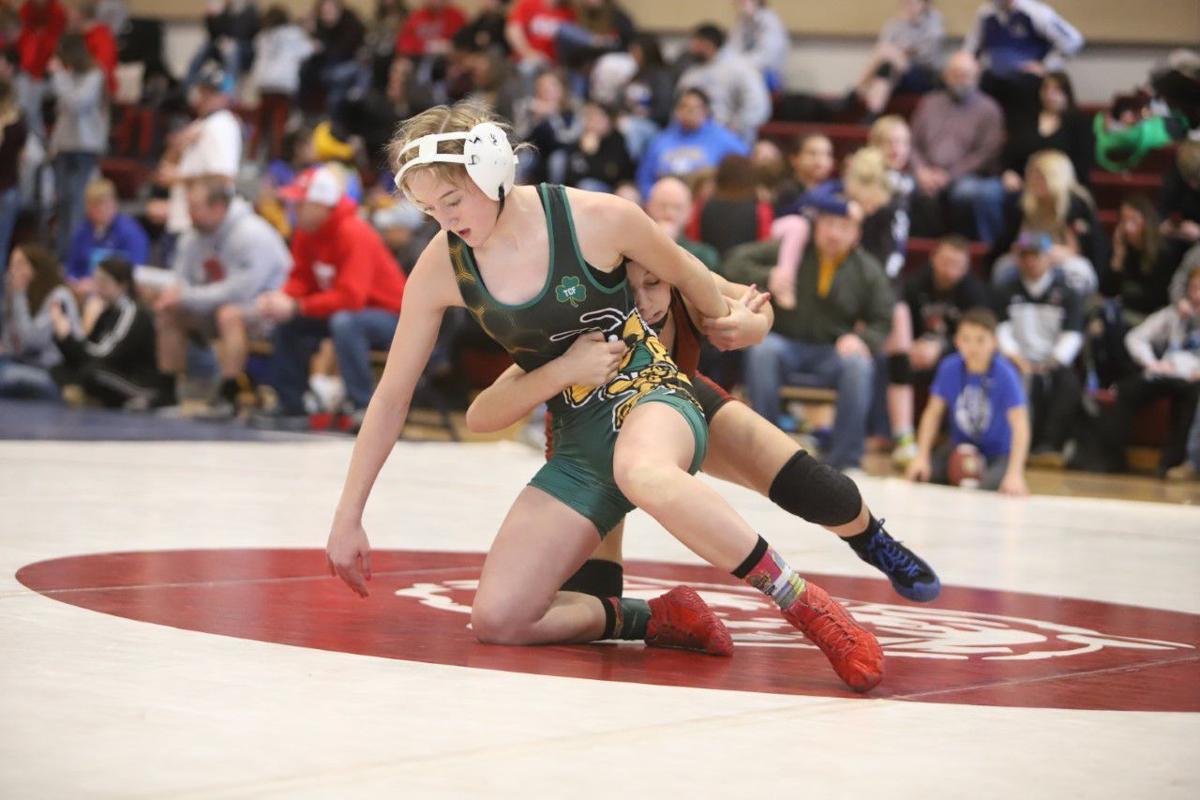 Kayla Vail looks to defend her title this weekend at the Tiger-Grizz tournament.

Girls and women’s wrestling has been a growing sport for the past two decades.

The pace has been a little slower in Idaho, so when the Idaho High School Activities Association announced in September that the state would sanction girls wrestling beginning in 2021-2022, Bonneville’s Kayla Vail had the obvious reaction.

“I just jumped up and was freaking out,” said Vail, a sophomore on the Bees team who’s has been wrestling competitively since age 12.

It’s easy to witness the growth of the sport. For the second straight year, this weekend’s Tiger-Grizz wrestling tournament at Skyline and Idaho Falls High, will have a girls division. The Tiger-Grizz meet is one of the largest competitions in eastern Idaho. Last week the Rollie Lane Invitational in Nampa featured the top girls in the state with 36 schools represented, and Pocatello will host another girls championship meet after a successful tournament last year.

Vail, who finished second in the 109-pound bracket last week at Rollie Lane, looks to defend her Tiger-Grizz title this weekend.

Like most female wrestlers, Vail competes against boys and girls. The growth of the sport has given her more opportunities to wrestle girls. Last year she was the only girl on the Bonneville team but this year there are four.

“She came in, she embraced it and went to work and did everything she could to find success and she found success,” Bees coach Zairrick Wadsworth said of Vail showing up for practice last season as a freshman.

Wadsworth said Vail is believed to be the first girl to wrestle at Bonneville.

“I was terrified,” Vail said of her first days of practice.

That would be a typical freshman response, but being the only girl in the wrestling room added pressure. Some friends wondered why she wanted to compete in a male-dominated sport.

“I understand where they’re coming from because at one point that was me,” she said, noting her dad, who’s a wrestling coach at the school, wanted to see if she was interested in wrestling. “This is a boys game, it’s not something I want to do,” was her response.

But that sentiment changed and youth wrestling took over. Vail said she couldn’t wait to get to high school and join a school team.

“It’s the feeling of doing something that everyone thinks is impossible,” she said. “You’re doing the impossible in some people’s eyes … the adrenaline rush is just awesome.”

While once a ‘terrified’ freshman, Wadsworth said Vail has already become a pioneer in the sport as it continues to grow. With coveted state championships on the line beginning next season, interest in the sport amongst girls should continue to grow.

Vail said she wants to be part of that growth.

“Just in the short time I’ve been wrestling, it’s like a bomb exploded of girls that want to wrestle,” she said.

Of course the sport is not for everyone, Vail cautioned.

“Wrestling is something you have to love in order to really want to do it because it is hard,” she said. “Anything in the beginning is going to be hard. The girls we have this year understand that.”

Vail has wrestled with Team Idaho, a group of high school girl wrestlers that compete against the top girls from other states. She said the competition is fierce, but the Idaho squad held its own against bigger states with established girls programs. It was time for Idaho to sanction the sport, she said.

“The part I’m in love with is knowing everything is on me,” she said. “It’s all on me to win.”