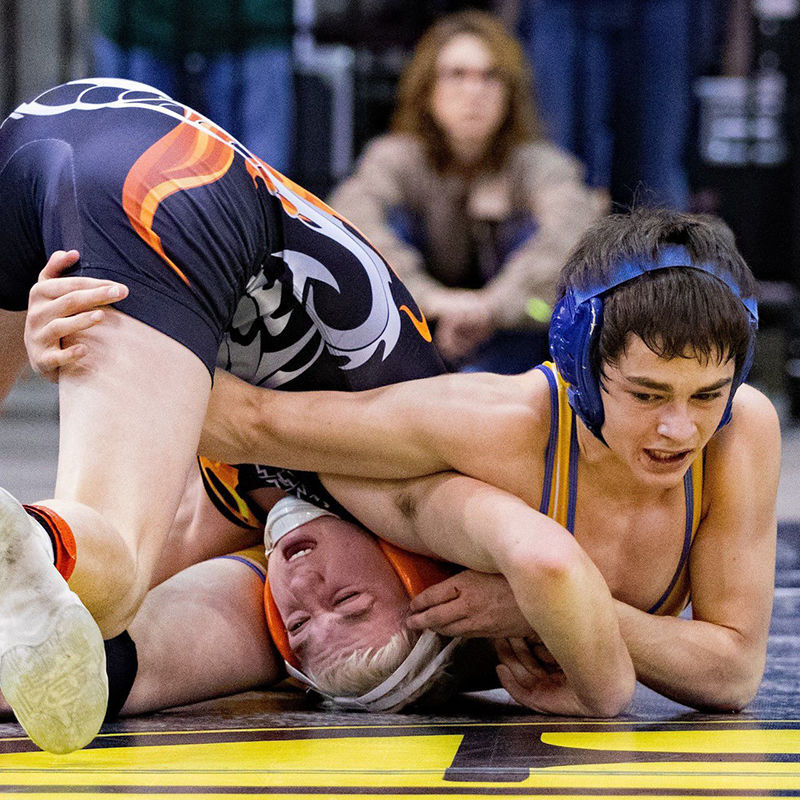 Ririe’s Connor Parkinson wrestles Tayson Davis of Malad in the 2A 106 final. Parkinson won the match in a 3-1 decision. 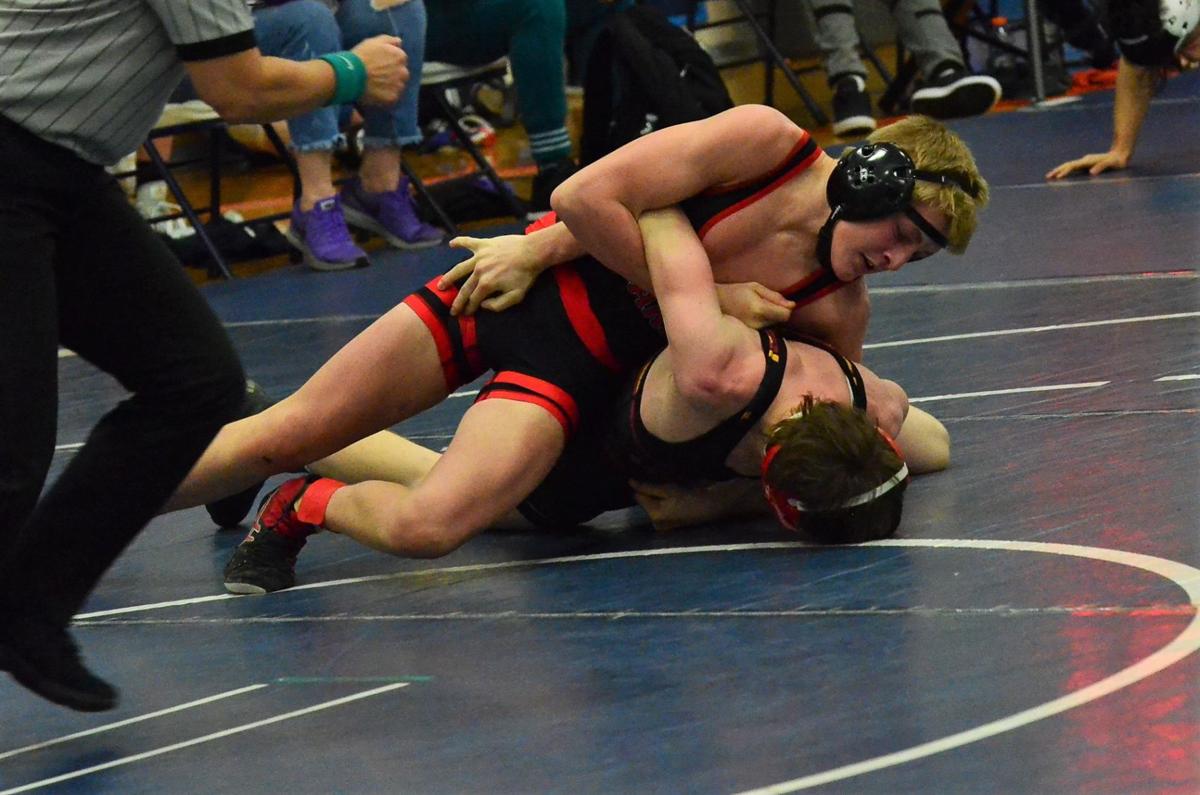 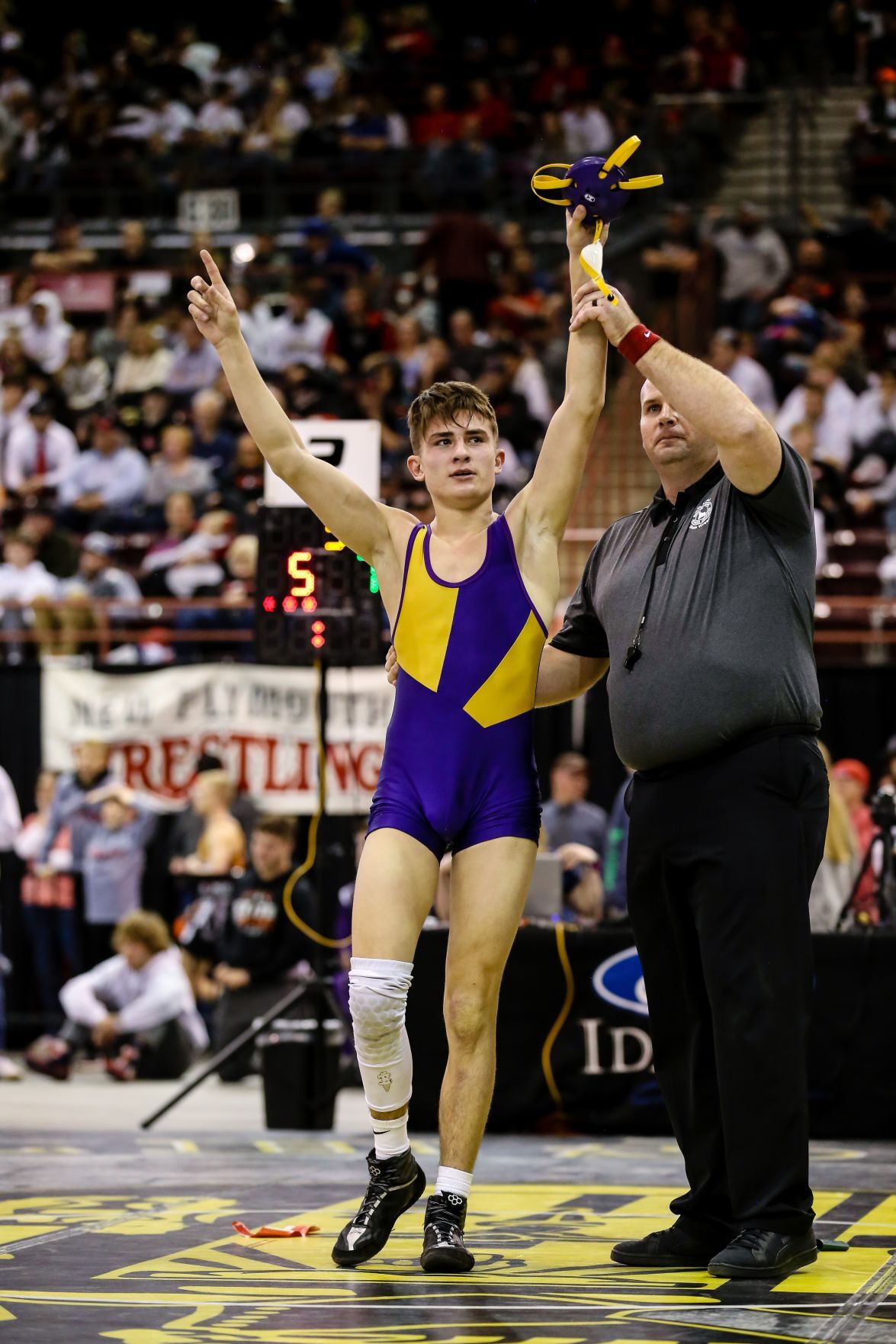 Ririe’s Connor Parkinson wrestles Tayson Davis of Malad in the 2A 106 final. Parkinson won the match in a 3-1 decision.

On the state stage, east Idaho wrestling has become a small school play.

To be more specific, east Idaho wrestling has become an east Jefferson county road-show troupe (Ririe) from the hill country, loosely connected to a band of itinerant snake handlers from the upper valley (South Fremont, Sugar-Salem).

First and six-most on this stage of gypsies, we have Ririe.

With a state record-tying six straight state titles entering this season (Teton 1968-73), Ririe is a legitimate threat to push to seven, and redefine the word “dynasty.”

Maybe to a shortened version of “Ririe-nasty” that rolls off the tongue like “Ri-nasty.”

Ririe wrestling — which only really lists Chris Harris as head coach because someone’s got to be called when there’s blue and yellow headgear stuck in the basketball net — operates as a three-headed coaching hydra.

A firespitting merchant of death behind the curtain (two bits a gander), featuring Harris, Jeff Smith and Brad Parkinson — with two rings per head, you could say.

The Harris head often speaks (or spits fire) for the other two heads, and is quick to distribute the credit even deeper than three co-coaches.

“It starts with the community, really,” Harris said during the 2020 championships in Nampa. “The program grows itself from the grade school level on up, and that is a credit to the people of our community.”

Sugar-Salem had won four straight coming into 2019-20, but South Fremont reached across the conference and claimed state gold.

Beating conference power Sugar-Salem at their own game was sweet revenge, sure.

Sweeter than revenge, of course, is satisfaction — and for the first time since 1985, South Fremont was sweetly satisfied as state champs.

“We’re really deep right now, and that’s a really good problem to have (in the wrestling room),” South Fremont coach Jed Clark said. “I’m really confident in our guys, and I think we have a really good shot to make a run at state. The biggest thing is to get them there, considering the toughness of our district.”

It has been more than a decade (Idaho Falls 2009, Blackfoot 2008) has brought home a big school state championship, as the gold trophies continue trending north (Post Falls) and west (Kuna, Columbia).

Of the nine District 6 wrestlers who mined state gold this past March, five are back for more.

Connor Parkinson Ririe, senior: Backing up a bronze medial finish in his trip to  the 2019 state championships, Parkinson finished his junior season 51-7 and claimed his first state gold, topping the bracket at 106.

Hunter Hobbs. South Fremont, sophomore: Youth was also served in the 3A ranks when freshman Hunter Hobbs (61-8) flipped the script by turning a late third-period deficit into a pin, and a win at 132 for the state champion Cougars.

Kohl Nielson, North Fremont, senior: Proving his sophomore state title was no fluke, Kohl Nielson wrapped up a 56-4 season with a 7-5 decision in the title mat, Kohl Nielson backed up his 2019 championship. Nielson now has one silver and two gold medals in three trips to state.

Gabe Sommers, Ririe, junior: With one silver to go with two golds in his state wrestling career, Gabe Sommers has proven to be one of the most consistently tough outs in 2A wrestling. Sommers, who finished 51-7 as a junior, has one more chance at the top of the podium,