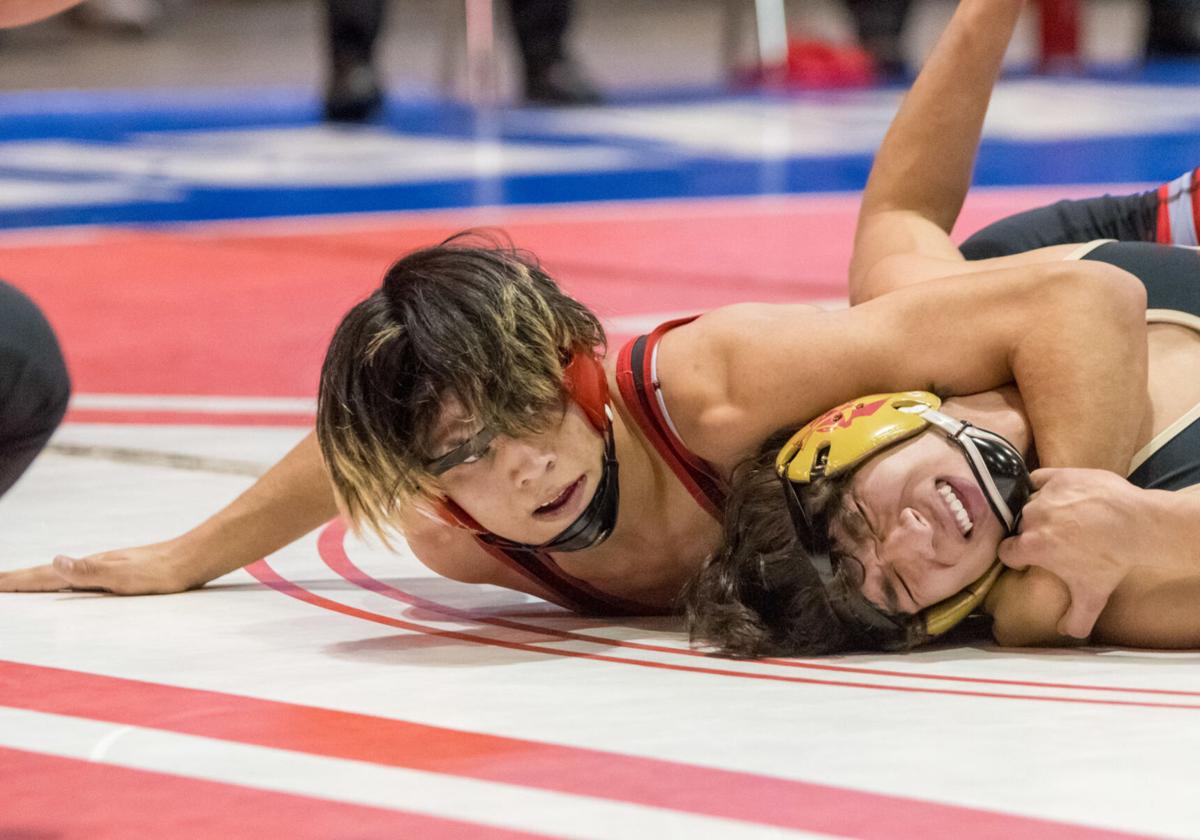 Hillcrest’s Lorenzo Luis works for a pin at the state tournament. 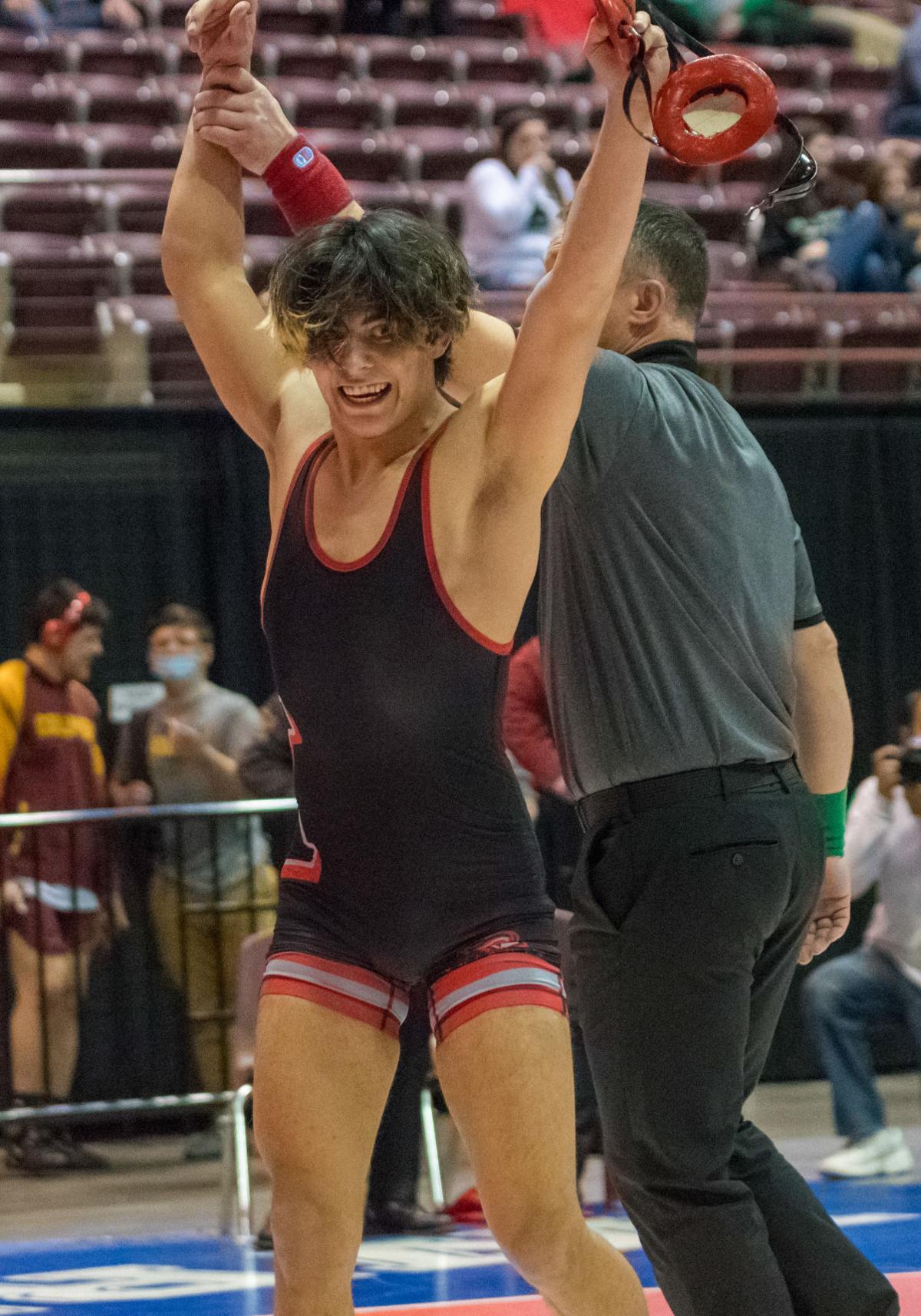 Hillcrest’s Lorenzo Luis works for a pin at the state tournament.

Though exceedingly rare, there have been occasions when lightning has struck out of a clear blue sky.

Commonly known as a “bolt from the blue,” this exceptionally rare and curious meteorological event is enough to keep nervous mothers looking over their shoulders in almost any weather.

The almost unheard of cloud-to-ground arc of such a bolt can follow a path close to 30 miles from a thunderhead, typically with no warning whatsoever.

Also almost unheard of is the wrestling room-to-championship podium arc followed by Hillcrest senior Lorenzo Luis — the 2021 Post Register All Area Wrestler of the Year.

Not so for Luis.

When Luis stepped onto the Idaho Center floor for his final shot at gold, he was all misses at 0 for 3.

Tracing his timeline of DNP-DNP-DNP-CHAMP at the state tournament begs the question, what changed?

“All through junior high and the first part of high school, I had a new coach every year,” Luis said. “Then we got coach (Corey) Tolliver, and the whole energy of the room changed. He helped me focus and go out with a bang.”

Luis made the most of his final spin around the Idaho High School wrestling carousel, winning every tournament he entered in 2021.

Luis then changed it up to 152, but really nothing else changed at all.

He cruised to the individual title at the 4A District 6 championships, and was slotted atop the 152 bracket for a date with destiny in Nampa.

Immediately following his win at the Tiger-Grizz, Luis prophesied, “Now I am going to go on and win state,” with a confidence rarely seen in a zero-time state medalist.

“I’ve been coaching for a long time, and he’s by far the most talented athlete I’ve ever coached,” Tolliver said. “When I got there, he wasn’t focused and wasn’t really disciplined. But coach Vandeermeer got him there.”

“Matt was able to take that talent and focus Lorenzo’s technique,” Tolliver said. “I may have provided the atmosphere, but coach Matt Vandermeer is definitely the one who should get the credit.”

Luis finished his prep season at 41-4 at weights considered by most to be the most well-balanced and competitive. He then went on to represent eastern Idaho with a trip to the prestigious USAW High School National Recruiting Showcase in Iowa.

So what’s next for the Hillcrest Lightning Bolt?

When reached at the USAW event, Luis sounded like a young man with the world on a string.

“In all honesty, I don’t know,” Luis said. “I’m just out here (in Iowa) having fun, living the good life.

“If the right (collegiate) offer comes, I’ll take it. But right now, I’m just living out the rest of my senior year as a state champ. It’s a dream come true.”