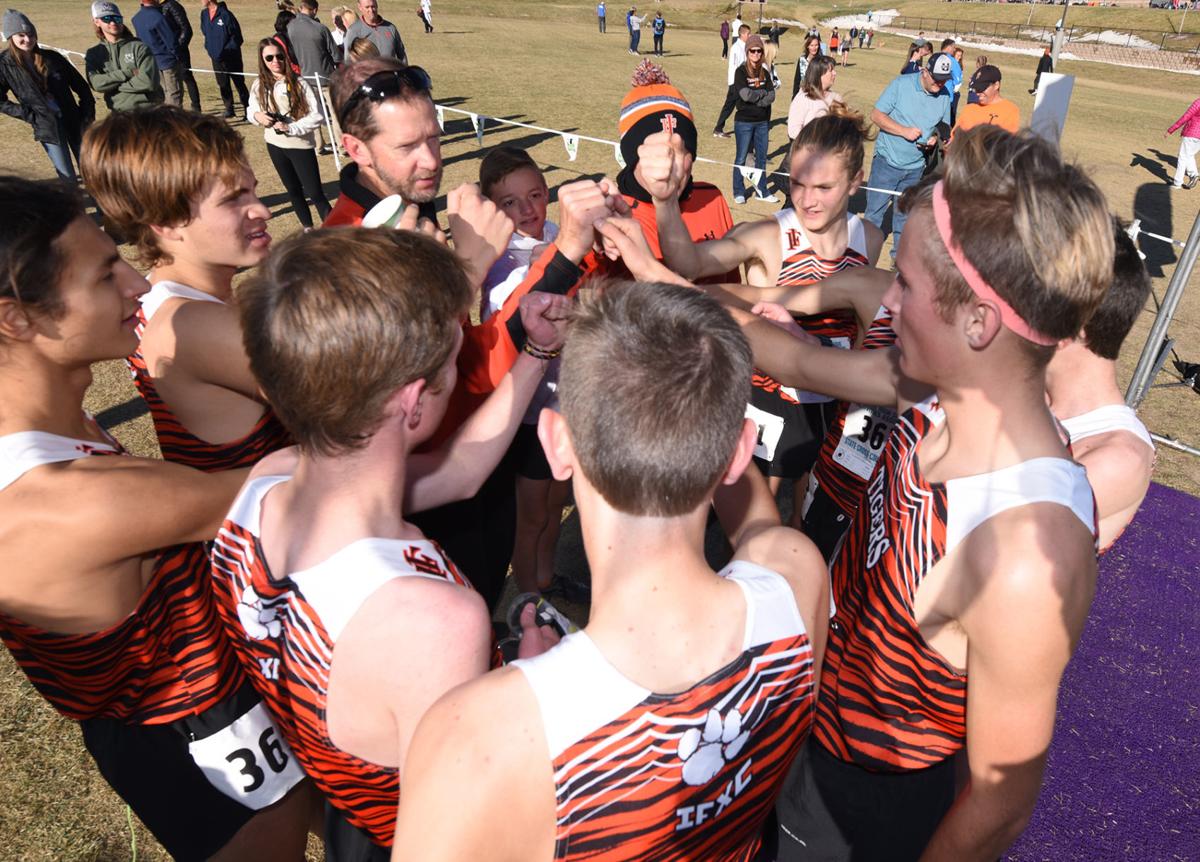 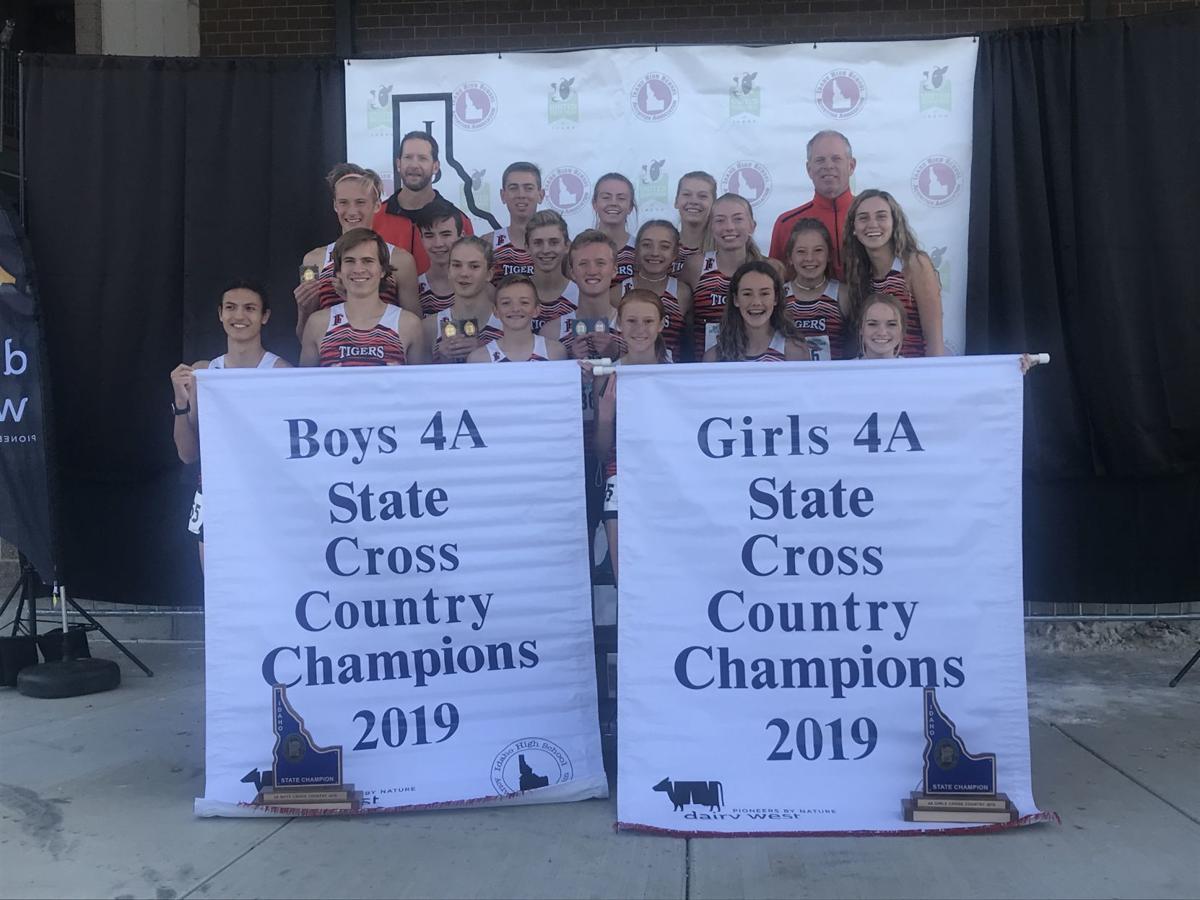 The Idaho Falls boys and girls cross-country teams and coaches pose with their 4A state championship banners and trophies Nov. 2 at the Portneuf Wellness Complex in Pocatello.

The Idaho Falls boys and girls cross-country teams and coaches pose with their 4A state championship banners and trophies Nov. 2 at the Portneuf Wellness Complex in Pocatello.

The Idaho Falls High School boys cross-country team has left District 6 and Idaho’s 4A teams in its wake the last three seasons.

The Tigers concluded their final season in the 4A classification by going 7-1 in meets where they had their full varsity, culminating with a third consecutive state boys team title and Zac Bright’s individual state title in 15:23.3.

This fall, however, the boys were not the only ones collecting hardware. The girls rose to the top this fall, claiming their first district title since 2014 and program first state title. En route to the elusive blue trophies and banners, the Tigers accomplished what is believed by longtime coaches to be the first sweep of varsity A and JV titles at the annual Tiger-Grizz Invitational, swept city meet titles and completed their first district title sweep since 1998.

Idaho Falls head coach Alan McMurtrey and his Tigers entered rare territory in November upon completing the first 4A state title sweep by a District 6 program, which furthermore solidified him receiving both All-Area Boys and Girls Cross-Country Coach of the Year honors today.

“He did a very incredible job this year with those kids,” said Sugar-Salem head coach Brett Hill, whose teams swept the 3A state titles for the third consecutive year. “To win both 4A titles and to have the best team in the state on the boys side, and he’s bringing all them back.”