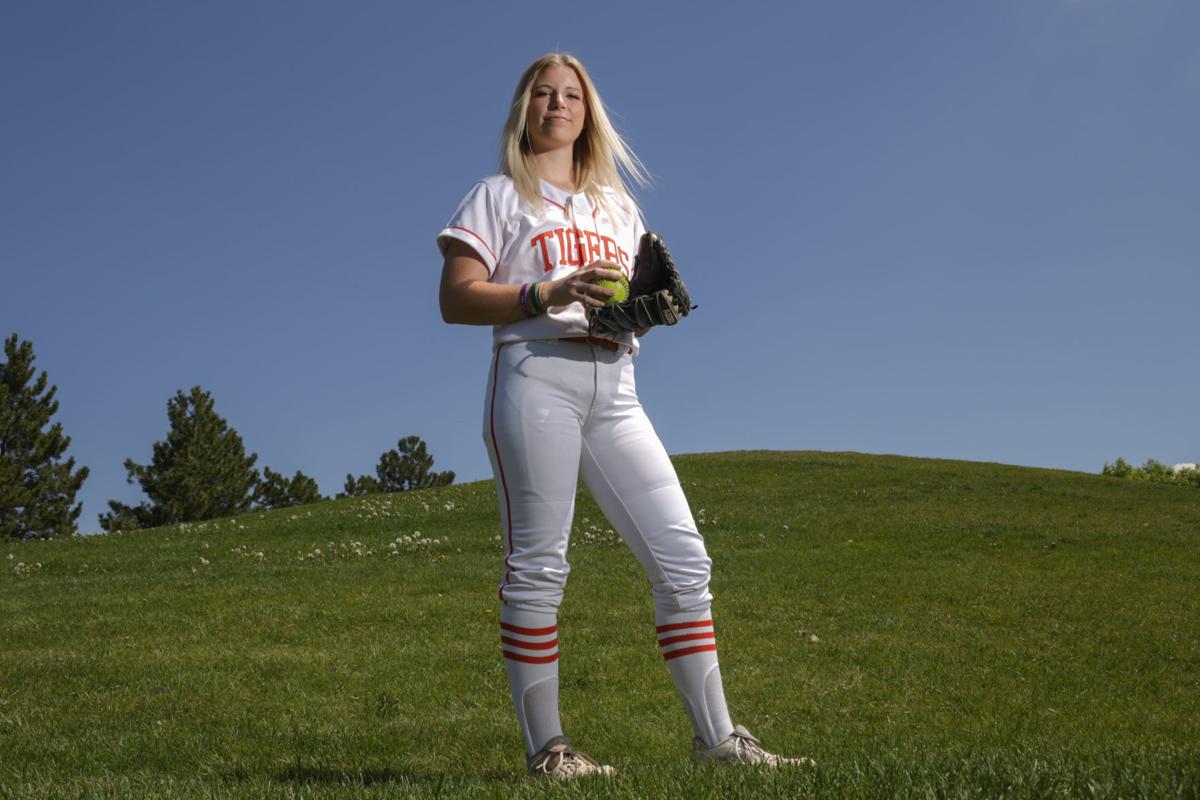 Jaidyn Clement, second baseman for Idaho Falls, poses for a photo on May 31 at Community Park. 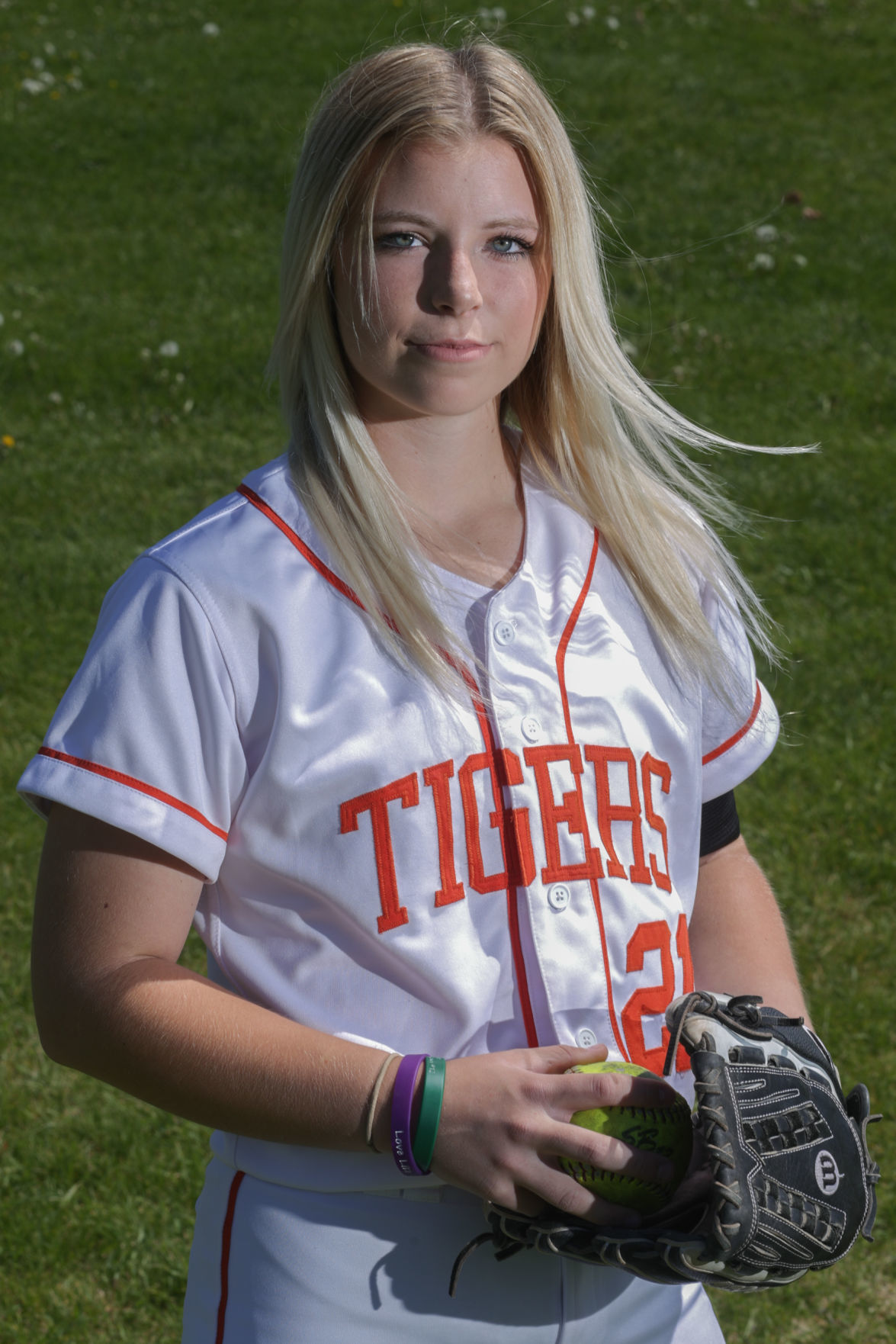 Jaidyn Clement, second baseman for Idaho Falls, poses for a photo on May 31 at Community Park. Clement is the Post Register's all-area softball player of the year.

Jaidyn Clement, second baseman for Idaho Falls, poses for a photo on May 31 at Community Park.

Jaidyn Clement, second baseman for Idaho Falls, poses for a photo on May 31 at Community Park. Clement is the Post Register's all-area softball player of the year.

Before recent Idaho Falls High School graduate Jaidyn Clement donned cleats and toted a bat, ball and glove, she was a gymnast.

She took up the sport at age 4 and started competing at age 7. Softball came into her life at age 8, by which time she was no stranger to rigid schedules. At the busiest part of her competitive gymnastics career, she spent four hours a day in the gym for six days a week. She was 12 when college gymnastics was first brought up by her coaches. Recalling that moment, Clement said she was not ready to hear that yet, and decided to focus on softball.

Eight years of gymnastics, however, provided her with a strength that carried over onto the diamond.

“When I got into softball, my mom told me I shine under pressure,” Clement said. “I think the times I come out and play my best is when I’m under pressure.”

That characteristic was evident during arguably the most enduring moment of Clement’s senior season in the eyes of Idaho Falls High School head softball coach Traci Wilkinson.

Idaho Falls faced Ridgevue — the same first-round opponent as a year ago — to begin the 4A state softball tournament on May 18 in Coeur d’lene. Rain prompted tournament directors to change the schedule to one day single elimination, raising the stakes for each game.

The revamped tournament schedule also made each game five innings, and extra innings were forced when Idaho Falls scored in the bottom of the fifth to tie Ridgevue 1-1. After a scoreless sixth inning, Ridgevue had a runner on third base with one out in the seventh. As the runner headed for home on a hard hit up the middle, second baseman Clement threw to catcher and fellow senior Shaylee Robertson for the out that preserved the 1-1 tie.

“When we played Ridgevue, she got the majority of the outs,” Wilkinson said. “The Ridgevue coach at one point in the game turned to me and said, ‘We know your second baseman can field.’”

Idaho Falls took advantage of the extended game as Kennedy Burton scored the game winning run off Hannah Gardner’s sacrifice fly in the bottom of the seventh. The Tigers defeated former conference foe Pocatello 7-2 in the semifinals to reach their first state championship game in program history, ultimately falling to Bishop Kelly 1-0.

Softball coaches surveyed for all-area remarked at how Idaho Falls had the complete package in 2019--solid pitching, staunch defense and a fiery lineup. The No. 2 batter in Idaho Falls’ lineup, Clement ended her senior season with a .435 batting average (No. 2 on the team), an on-base percentage of .664 (team best), a slugging percentage of .457 and tallying 15 RBIs and 42 runs scored. It was her defense, however, that made her stand out on a loaded team. She had 32 putouts, completed four double plays and committed nine errors in 29 games, ending the season with a .906 fielding percentage.

It is because of that defense that Clement is the Post Register’s 2019 All-Area Softball Player of the Year.

“I don’t know if we ever got her out,” said Blackfoot head coach Jeff Dalley, whose team played Idaho Falls four times this season including the 4A District 6 championship game. “She was a solid second baseman. Nothing really got past her and she was money at the bat for them against us.”

One of Idaho Falls’s captains this season, Clement attended and played for Hillcrest her first two years of high school. Primarily a pitcher for Hillcrest, Clement credited one of her coaches from the Pocatello-based travel team Idaho Impact for helping to teach her to play second. With fellow seniors and twin sisters Madi and Kennedy Burton, Clement made up Idaho Falls’ pitching trio at the beginning of this season. She pitched in 14 games, going 11-1 with a 3.79 ERA in 48 innings, but it became evident as the season continued how valuable she was at second.

Wilkinson added that the Tigers made it a goal to cut down on errors this season and it showed. Idaho Falls averaged two errors per game, down from four to six errors per game in previous seasons according to Wilkinson. Clement said the unity of this year’s team motivated her defensive efforts.

That motivation reached a new level at the 4A state tournament, when the team unity was combined with a sense of urgency for Idaho Falls’ eight seniors. Those feelings set in once the tournament schedule was revamped, and Clement lit up when recalling how the Tigers responded.

“When we heard that it all got moved to one day, we were like ‘We’re not going home. We didn’t come this far for it to be our last game,’” Clement said. “We knew we had to step up to be able to reach our full potential. I have to say our pitching at state was phenomenal. Madi and Kennedy Burton, I’m so proud of them. We definitely played like a family on that field.”

Clement, who graduated May 29, signed on Mother’s Day to play for GateWay Community College, a two-year college in Phoenix, Ariz., that discovered her at a softball showcase last fall in Phoenix. Her next chapter starts soon, as she will move to Arizona on Tuesday to live with her brother and spend the summer playing with future college teammates on a travel team called the Firebirds.

Starting a college softball career, something she always dreamed of, is particularly meaningful considering she had surgery over the winter to repair a broken left wrist from diving for a ball with her non-throwing hand. Six months later, she has a scar from that surgery and renewed passion for softball.

“It showed me that this is something I want to do,” Clement said. “Softball is something I love to play and I’m going to keep playing for as long as I can.”

Wilkinson said Clement’s transfer to Idaho Falls as a junior was made easier by being a humble, coachable athlete. She believes Clement’s willingness to learn and her confidence and determination will help her in college.

“As the season progressed, she became more of a leader by example than by words,” Wilkinson said. “She’s always eager to learn and if we felt like she needed correction on some things, she took it to heart. Some girls take it as criticism. She always took it as, ‘They’re trying to make me better.’”

Clement said the Tigers were welcoming upon her arrival, adding that the late Olivia Johnson was among the first to introduce herself. Johnson, who would have been one of Idaho Falls’ seniors this spring, died last June in a vehicle crash. The Tigers honored her throughout this season with ‘Love Like Liv’ bracelets, shirts and decals, black arm bands with her initials and No. 12 jersey number sewn into them and having a tribute to her on their senior night.

“She was one of the first people that came up to me at open gyms,” Clement said. “I felt like I belonged.”

While she will be trading her Idaho Falls orange and black for blue, black and white in Phoenix, Clement said the memories from her two seasons as a Tiger will be enduring. Particularly making history this season with a 4A District 6 title, a 24-5 final overall record and program-best state runner-up finish.

“It’s always gonna stick with me,” Clement said. “It makes me so happy to be able to play for this team and have my teammates as a family.”