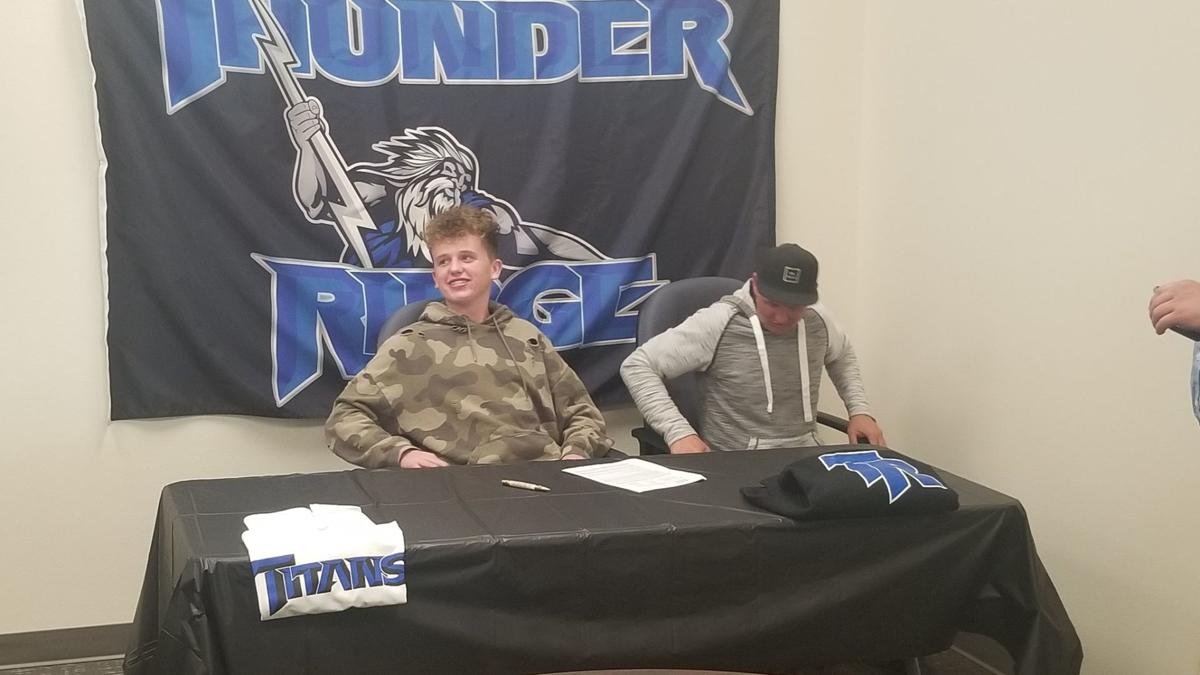 Kyler Hartman (left) celebrates after signing with Idaho State Thursday at Thunder Ridge. Hartman is the first collegiate signee ever for Thunder Ridge. 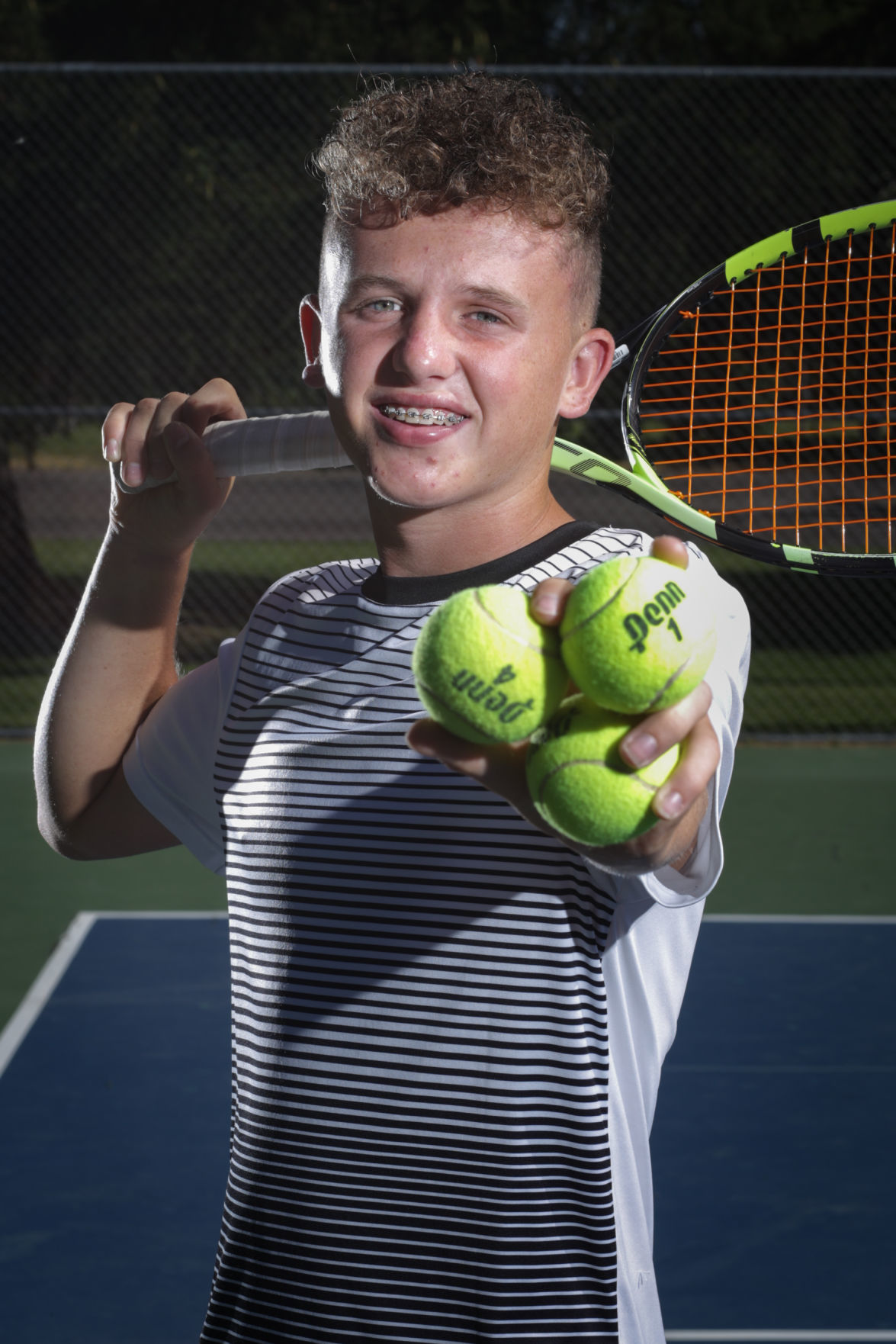 Kyler Hartman (left) celebrates after signing with Idaho State Thursday at Thunder Ridge. Hartman is the first collegiate signee ever for Thunder Ridge.

“I’m just excited to start a new journey in my life,” said Hartman, who received a free Thunder Ridge t-shirt and hoodie. “It will be fun.”

The senior said he wanted to stay closer to home, though he expressed excitement for his future with the Bengals.

Hartman received a full scholarship with ISU, though the exact amount changes year-by-year, Kyler and his father, Heath, said.

“I’ve been talking to the coach at ISU (Mark Rodel) for a couple of few months now, I just really liked him and felt like he could help me with my game,” Kyler said.

A three-time All-Area Tennis Player of the Year with Hillcrest, Hartman finished third in the 5A boys singles bracket last spring — the highest any District 6 boys player finished.

Hartman has been playing tennis since he was about five yearsold, spending most of his time traveling to tournaments around the Intermountain west.

He’ll look to stay put in Pocatello for the next few years. ISU finished 6-13 last season.