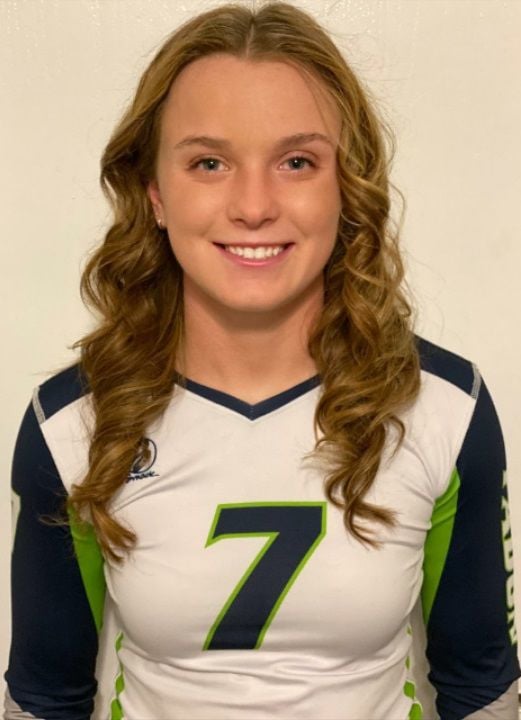 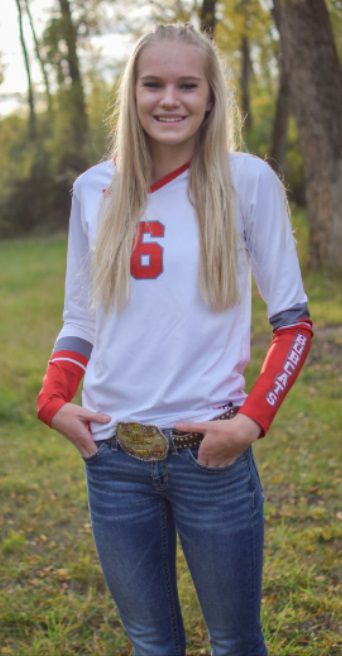 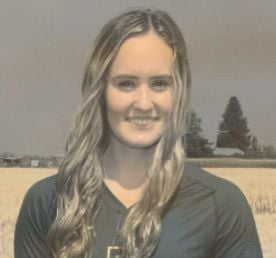 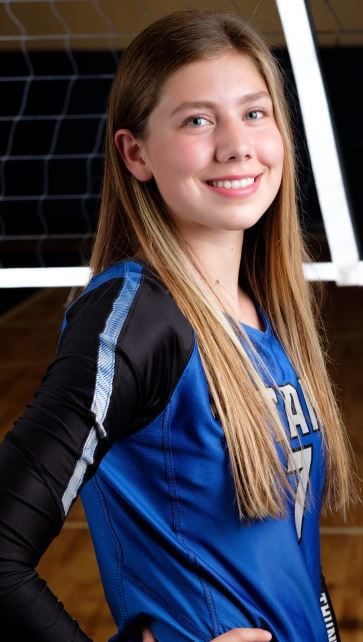 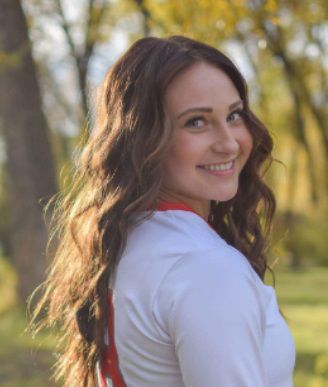 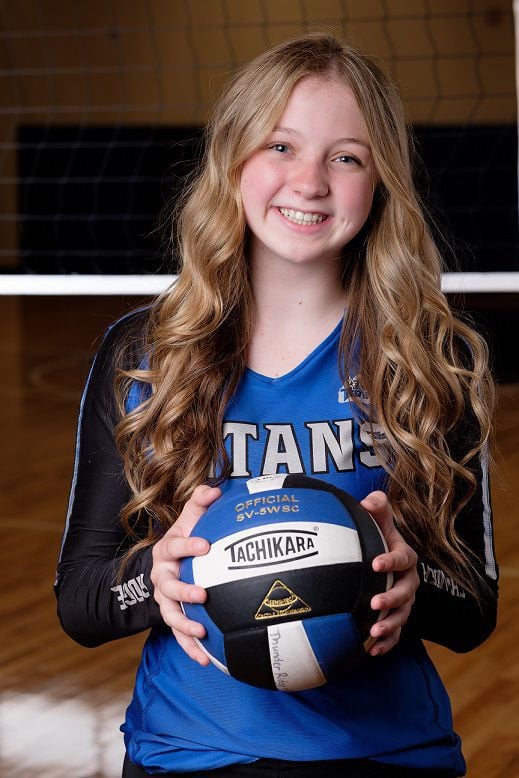 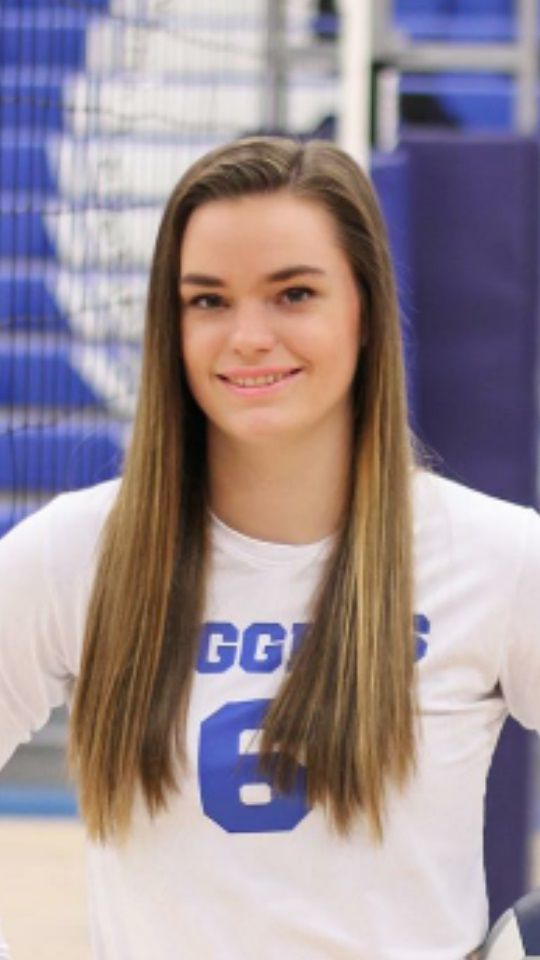 THE PLAYER: While Yadon played in the smallest classification of volleyball in Idaho, District 6 coaches from 1A to 5A said they would love to have her on their team. Some coaches compared her to 2019 West Jefferson graduate and three-sport athlete Jordi Holdaway (now playing volleyball at Boise State) due to her selfless and humble attitude, her speed, her work ethic, her versatility and her ability to play bigger than she is. After missing her entire junior year of sports to recover from ACL and meniscus surgeries, Yadon had 97 aces, 305 digs, 45 assists and a team-best 574 kills and 26 blocks for the 32-3 1A Division II state champion Warriors this fall.

COACH'S QUOTE: "She is so freaky athletic. I swear to God that kid has a 31, 32-inch vertical. She’s so athletic and she’s so competitive. I would take her, hands down." -Idaho Falls coach Kaitlyn Zarpentine.

THE PLAYER: Parker played both outside hitter and middle blocker for the repeat 5A District 5-6 champion Bobcats this season. Outside hitter Charity Wilson tearing her ACL earlier this year prompted Parker to step into that vacancy, and head coach Meranda Maestas said she became unstoppable once she worked on improving a few little things. That work paid off in spades as she accumulated 435 kills, 45 blocks and 320 digs for the 29-15 Bobcats, who placed third at the 5A state tournament.

COACH'S QUOTE: "I just like the fire she brings in the middle. That is fun to watch. I like that she brings that fire to her teammates and to the court." -Hillcrest coach Amanda Wade.

THE PLAYER: High volleyball IQ, solid court vision, a powerful arm swing, great ball control and an ability to get around blocks like no other were all strengths Sorensen was commended for by District 6 coaches. One of three-year varsity players for the 4A state champion Bees, Sorensen concluded a historic Bonneville volleyball career this fall with a team-best 525 kills, team-best 429 digs, 44 blocks and 38 aces. The Weber State commit leaves Bonneville as all-time leader in career kills (1,858), No. 4 all-time in career aces (219) and No. 4 all-time in career digs (1,420).

COACH'S QUOTE: "In the past she's been all about placing shots, which she's done wonderfully with, but this year, she figured out the power of the hit. It was pretty unstoppable. She was not gonna just hit a ball...it was gonna be hit somewhere nobody was standing. She's fun to watch and Bonneville will definitely miss her." -Madison coach Meranda Maestas.

THE PLAYER: An outside hitter with a background as a middle blocker, Turnage led the Titans in every category en route to the 5A state title. The 6-foot senior's season stats were staggering: 693 kills, 97 blocks, 261 digs and 152 aces. District 6 coaches that played or watched Thunder Ridge this fall described her as a powerful hitter, a great passer and a 'wall' in the middle who played with much confidence as a senior, had an incredible state tournament and could go on to play for a Division I school.

COACH'S QUOTE: "When it really mattered, she really stepped up at the state tournament. She just never faltered and did her job and what she was supposed to do. She's also a really nice girl." -Madison coach Meranda Maestas.

THE PLAYER: 'Fearless' is a fitting attribute for the Madison senior, who puts safety concerns aside when she chases a ball. Bobcats head coach Meranda Maestas said she's so fast and so determined, she thought she was going to run into the whiteboard during a practice before districts. Weaver ended up falling down with Maestas, who had reached out an arm to stop her. Maestas added that Weaver read hitters more this year upon the graduation of middle blocker and 2018 All-Area Player of the Year Lexi Garner, and she did her job well to the tune of 529 digs, 56 aces and 48 assists.

COACH'S QUOTE: "I've seen her fly into benches and chairs. She's really got a tough serve which is a big thing for a libero. We didn't serve at her. A libero has to have a certain kind of energy that they bring to the court. Not all liberos have that. When Lexi is up, it feels electric." -Bonneville coach Chantal McMurtrey.

THE PLAYER: Clark was a major contributor to Thunder Ridge's historic season. Described by District 6 coaches as competitive, athletic and capable of playing other positions when needed, the 6-foot Clark set three rotations and hit three rotations for the Titans this fall. As a result, she tallied impressive numbers in multiple categories. She ended the season with 284 kills, 99 blocks, 262 digs, 824 assists and 46 aces for the 5A state champion Titans.

COACH'S QUOTE: "She has a great block. She attacks when she needs to. I think the best thing she brings to that Thunder Ridge group is she brings her excitement and attitude to the team." -Skyline coach Bryant Neibaur.

THE PLAYER: Like Abigail Yadon, Dodson was an athlete that coaches of various classifications in District 6 were familiar with this season and said they would gladly take on their team. A four-year varsity player, Dodson impressed not only for her setting, but her serving, her defense and her attack for the Diggers, who won their third state title in four seasons. Coaches added that Dodson, who has signed with Utah State University Eastern, is tenacious, competitive and can play all around.

Megan Pannell, Sugar-Salem sr. OH: A 3A Mountain Rivers Conference first team selection, Pannell was a deemed a 'powerhouse' impact player for her solid blocking and vigorous hitting for the 3A state champions.

Hailey Gee, Firth sr. MH: The 2A Nuclear Conference Player of the Year played middle blocker and middle back this fall and had 287 digs, 17 assists and a team-best 307 kills and 42 blocks for the 2A state champion Cougars.

Macie Gordon, Madison sr. S/RS: Dubbed one of the best right sides in the area this fall, Gordon had 191 kills, 65 aces, 68 blocks, 275 digs and also set for the 5A state third place Bobcats, totaling 603 assists.

Mariah Jardine, Bonneville jr. MB/RS: A player coaches said has great length and one of the best verticals in District 6, Jardine compiled 263 kills, 88 digs, 60 blocks and 42 aces while playing middle blocker and right side for the 4A state champions.

Alexis McMurtrey, Bonneville sr. S: One of three four-year varsity players for the 4A state champions and an Eastern Oregon commit, McMurtrey had 1,240 assists, 89 aces, 32 blocks and 258 digs this fall and will leave Bonneville as No. 1 all-time in career assists (4,819) and aces (302).

Brooklyn Rose, Thunder Ridge sr. L: Commended for how well she read hitters and her tenacity to get digs, Rose had 589 digs, 31 assists, 96 assists and six kills for the 5A state champions.