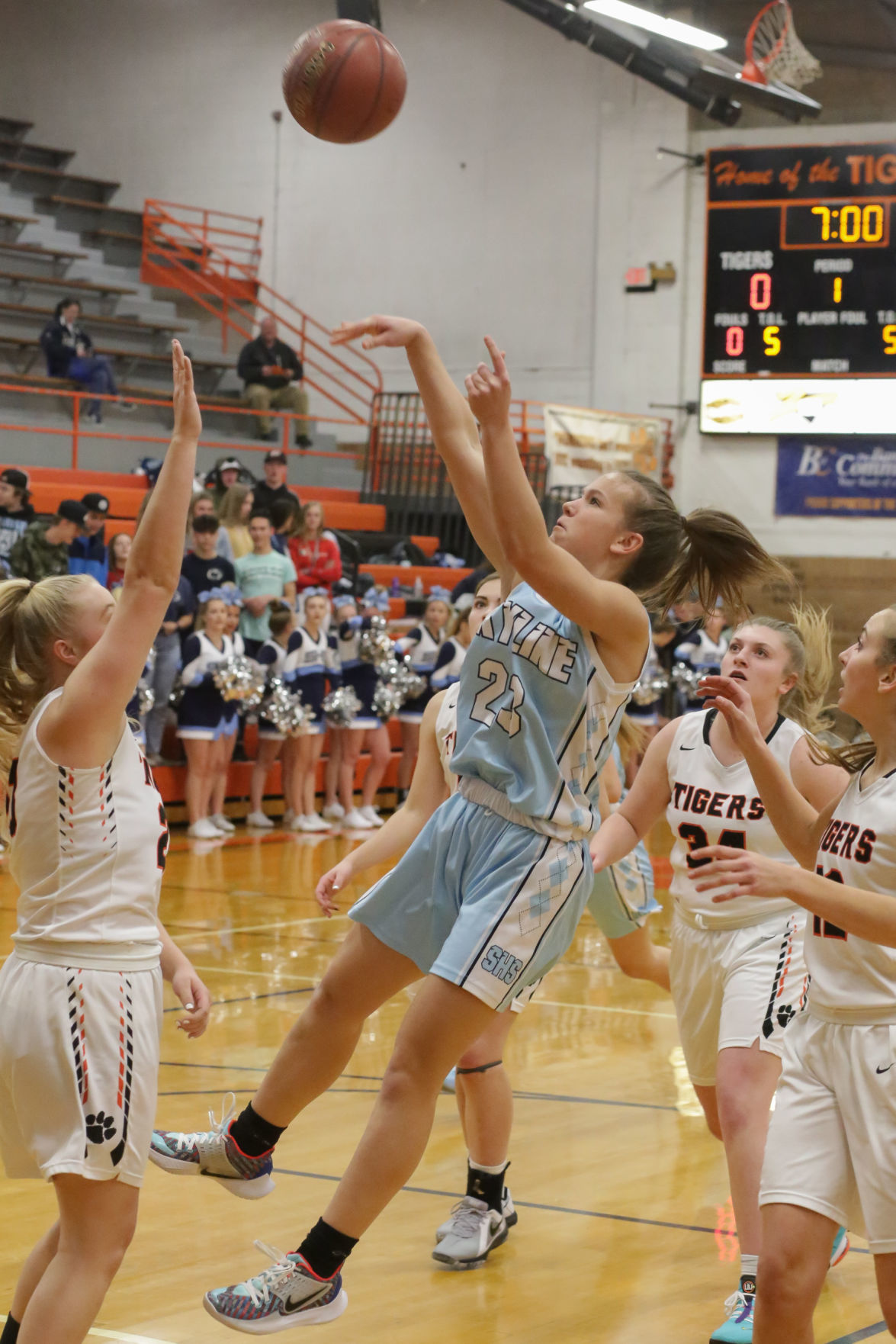 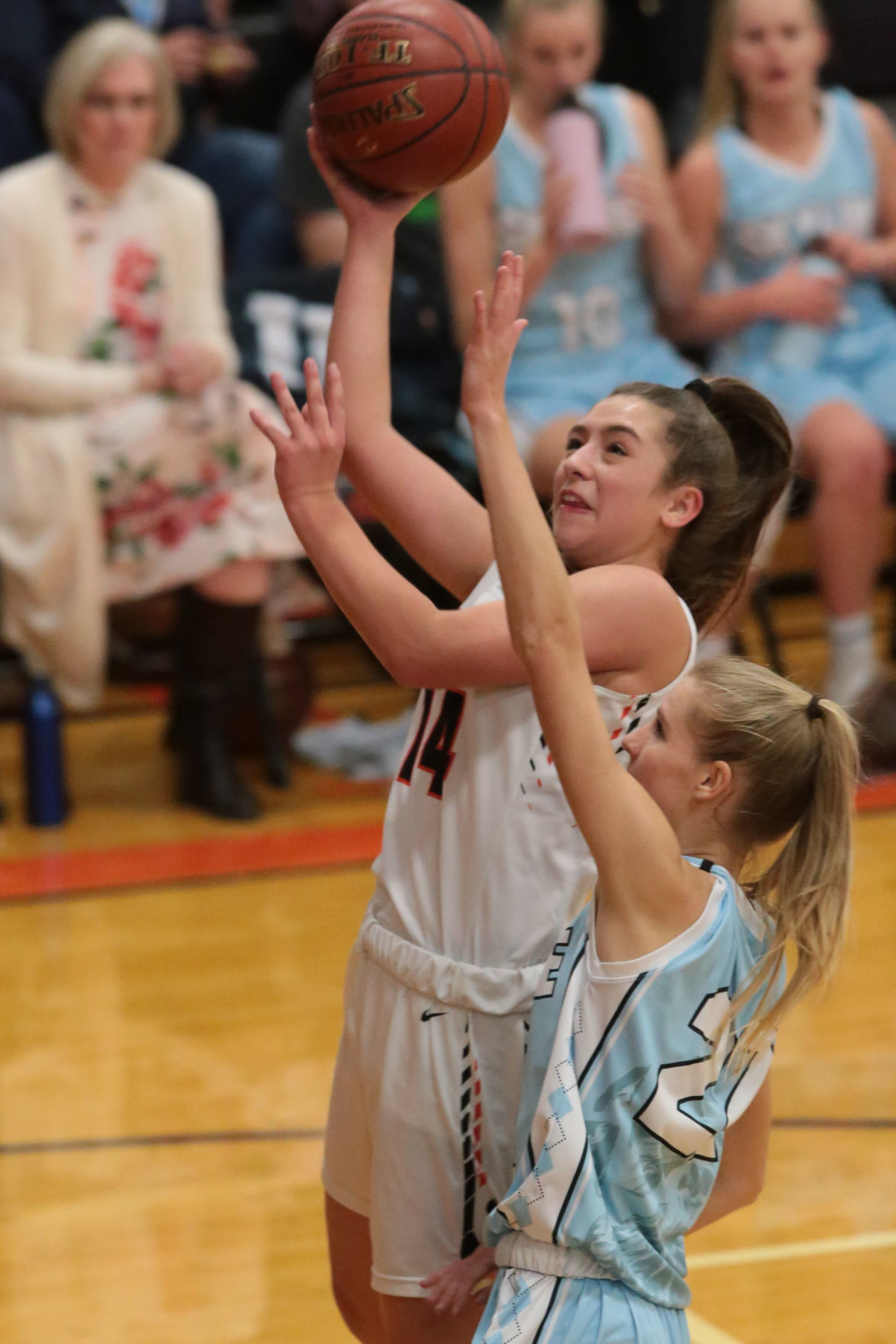 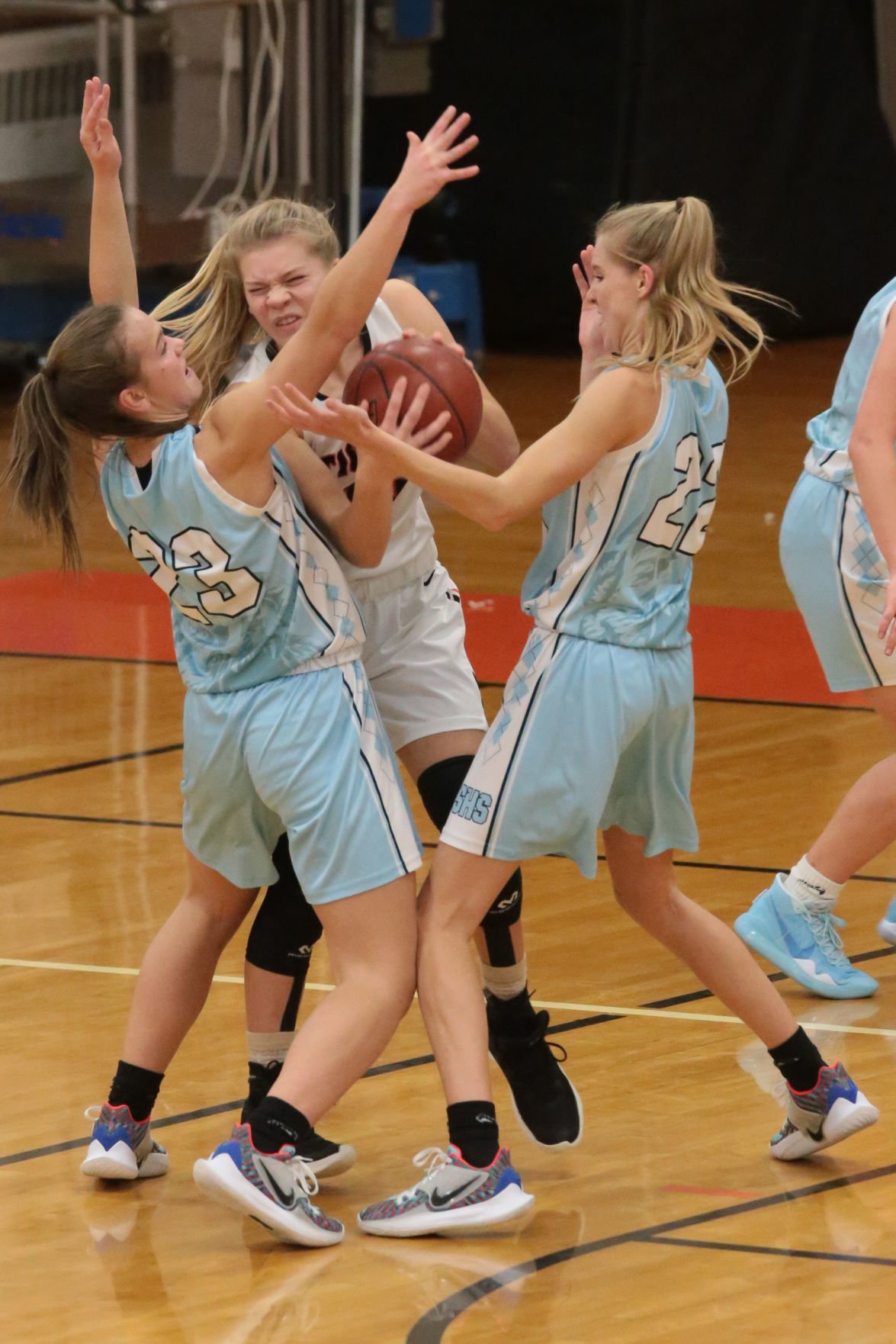 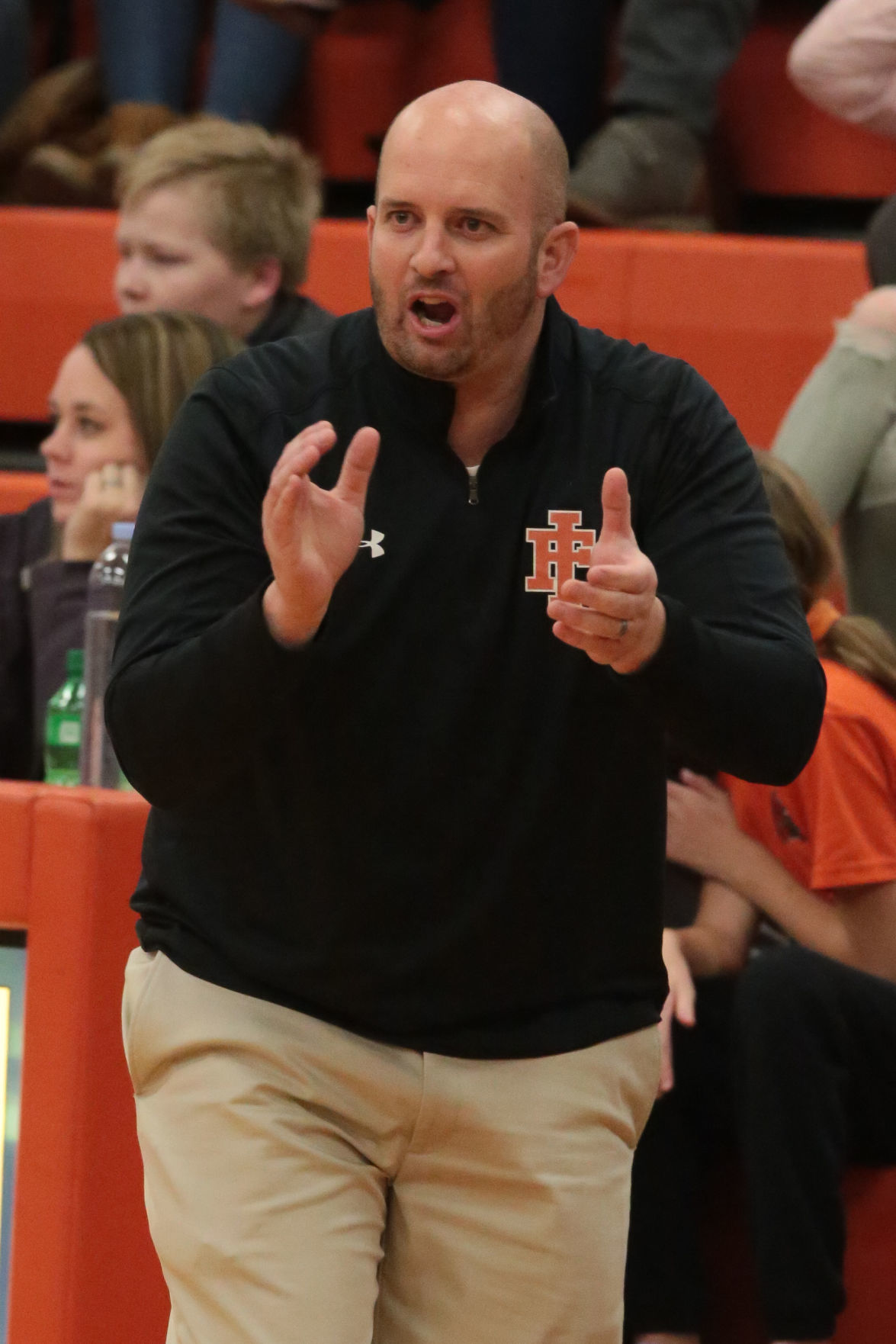 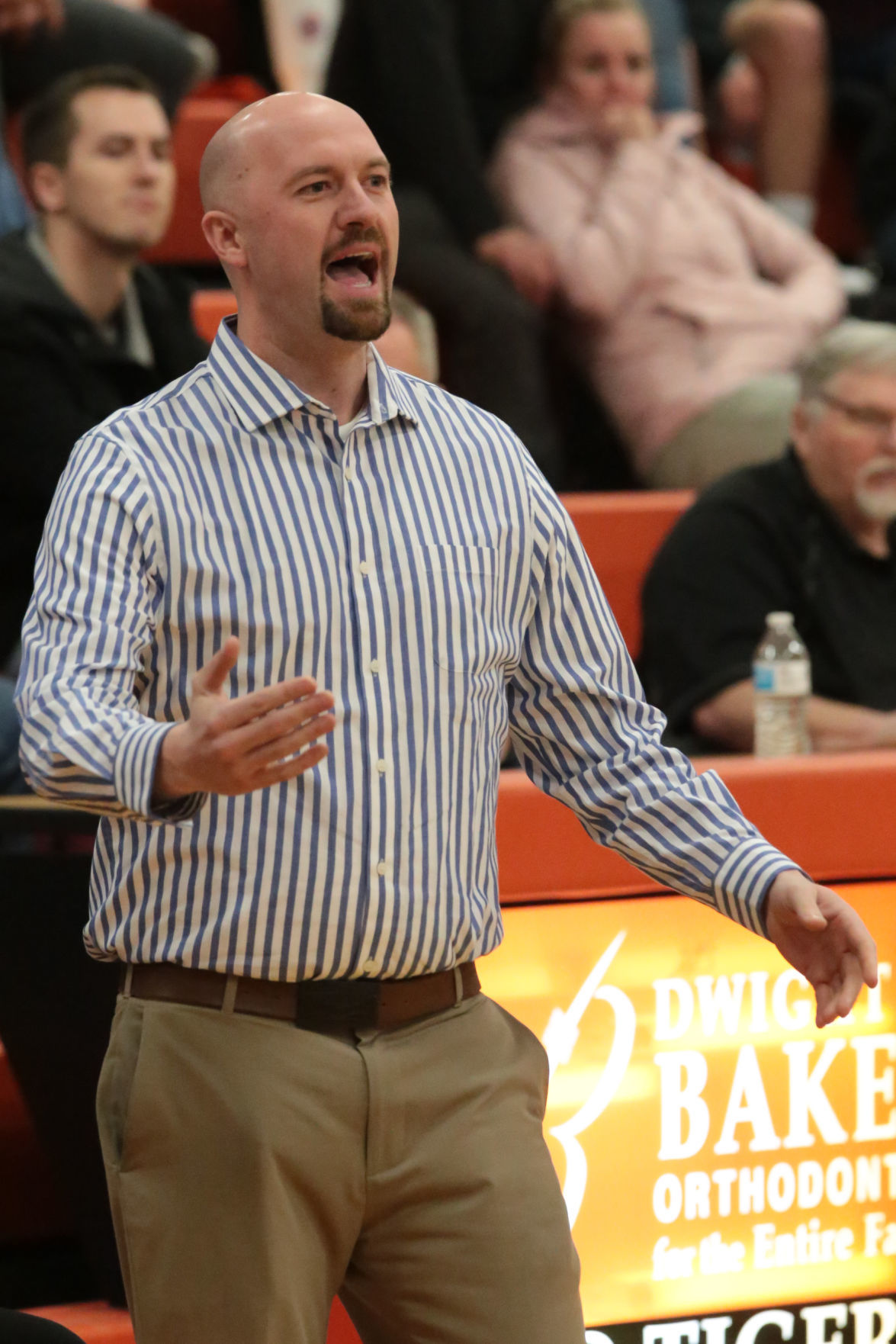 Having a career night in the process for the Grizzlies, who made 27 field goals, was sophomore Mattie Olson. The guard had 32 points and made five of Skyline’s 3-pointers, and was contested for several of her baskets.

“I felt great tonight,” said Olson, who is Skyline’s youngest starter. “I’ve really put in a lot of work and it’s paying off. My teammates were getting me open.”

Skyline coach Ty Keck said the 32 points were not only a career best for Olson, but her five 3-pointers likely matched or surpassed her previous single-game best for total made 3s.

“She probably had five or six assists, too,” Keck said. “She really helps her teammates elevate their game.”

The Grizz (4-5, 1-2 4A District 6) wasted no time in search of their first conference win Tuesday. Skyline poured in 22 points in the first quarter and built a 33-22 halftime lead, ending the half with four made 3s.

Olson scored the first points of the second half and older sister Macy, a senior, pushed Skyline past the 50-point mark with a 3-pointer with 30 seconds left in the quarter to make it 51-32 Skyline. The game was paused four seconds later when Idaho Falls’ Caroline Keller collapsed near her team’s bench and did not move for several minutes. She was carried out of the gym to the athletic training room by five adults and did not return to the game.

Keller is one of I.F.’s two seniors.

“I can’t speak for her family, but she hasn’t been feeling well,” Idaho Falls coach David Vest said. “She just collapsed. She gives us a lot of great energy whether she starts or comes off the bench. I hope she can come back for us.”

Idaho Falls ended the third quarter down 51-37, getting a 3-pointer from Calyn Wood and a jumper at the buzzer from Cassidy Sanders. In Keller’s absence, the Tigers cut their deficit to 54-43 with 6:59 left in the game thanks to a 6-3 run by Wood, Aubree Duffin and Kennedy Robertson. Both teams had subbed out their starters by the 1:13 mark in the fourth quarter, when the scoreboard read 75-49 Skyline.

A junior, Robertson scored eight of her 12 points in the fourth quarter to finish as I.F.’s leading scorer Tuesday.

“She’s really coming into her role quite nicely,” Vest said. “She’s one of those players that can go all night and play 100 percent until the final horn.”

The younger Olson said she always has nerves before games, but she loves playing versus Idaho Falls.

“It’s always a packed gym,” she said. “The atmosphere is insane. I love it.”