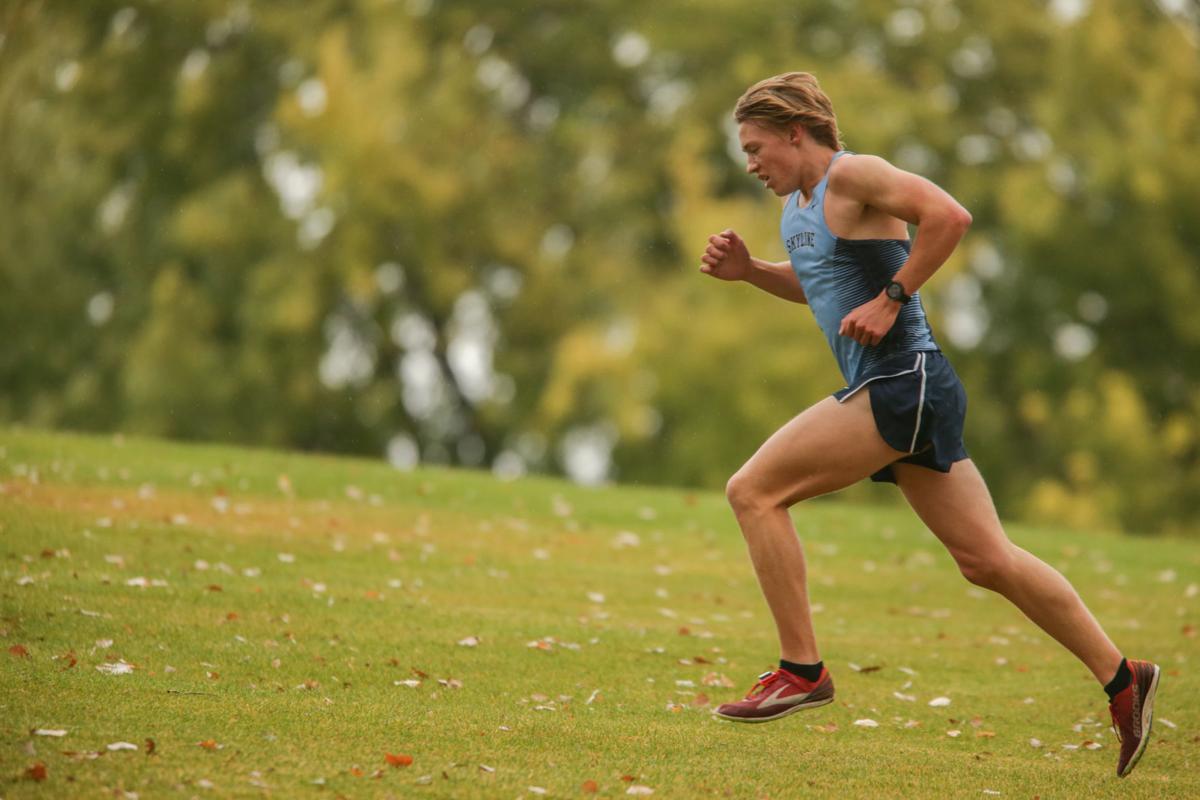 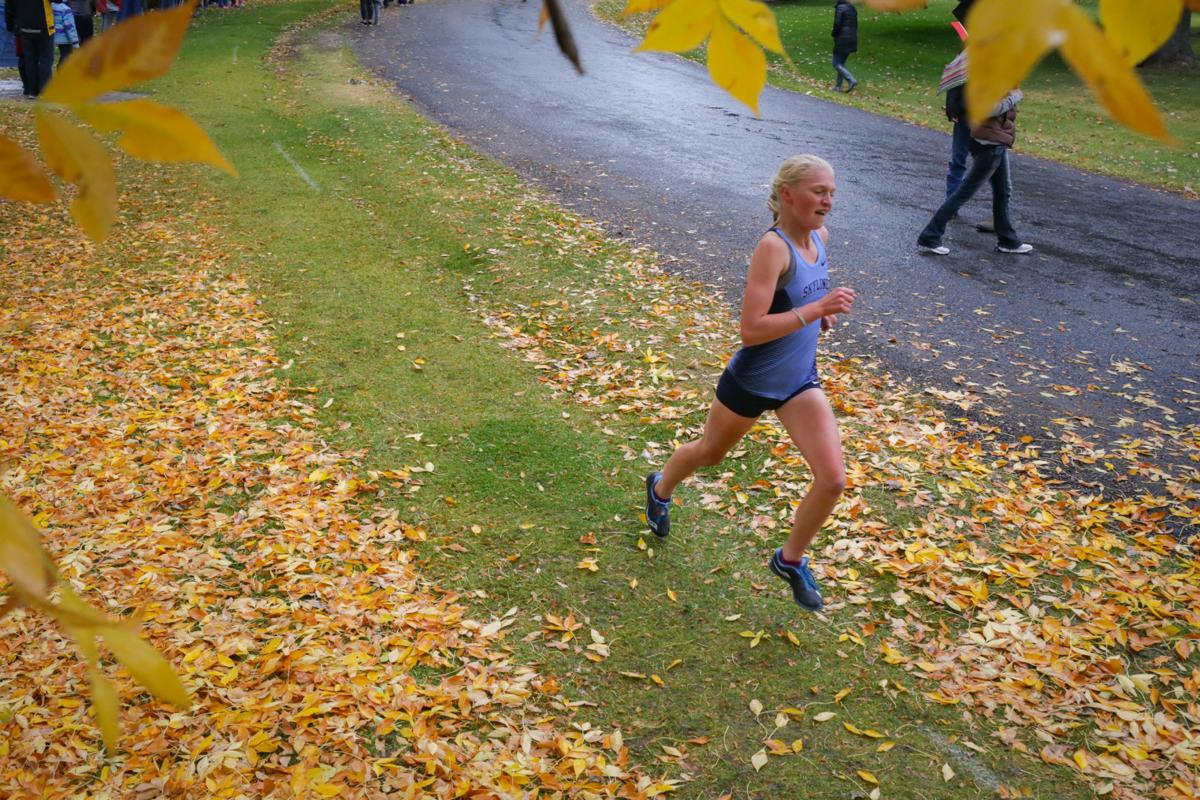 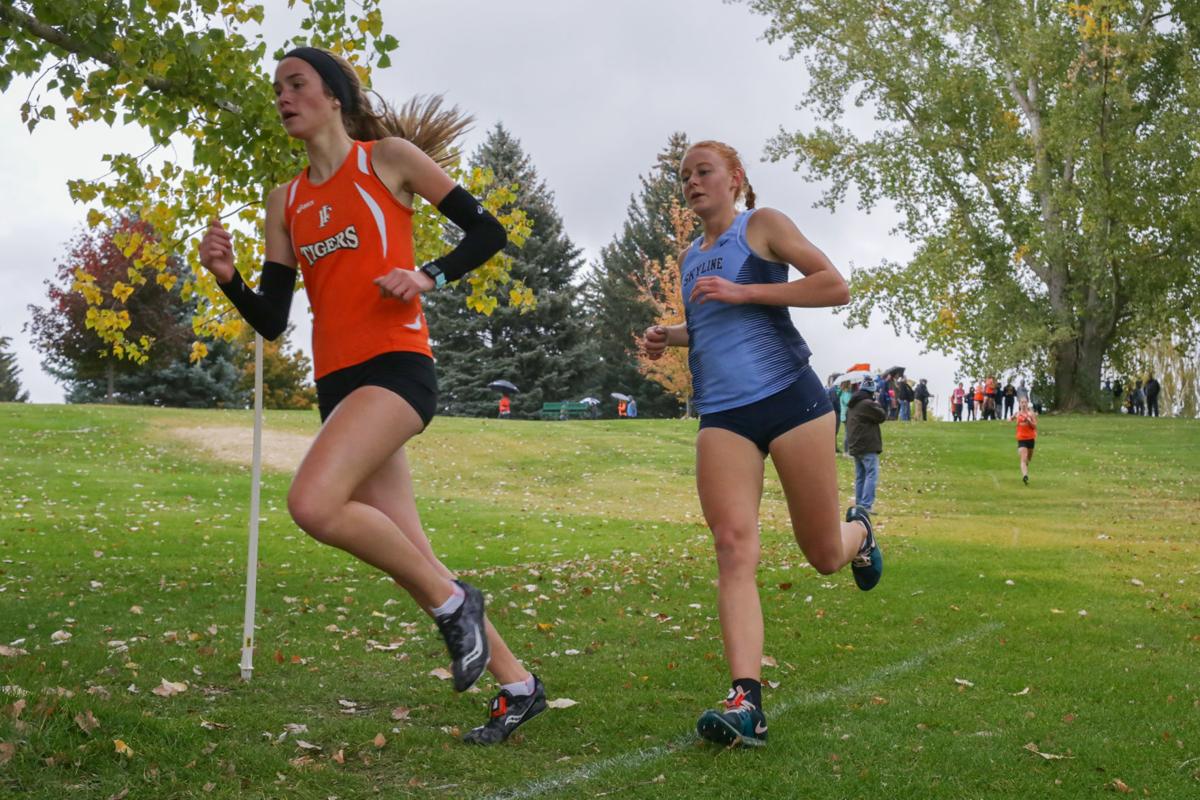 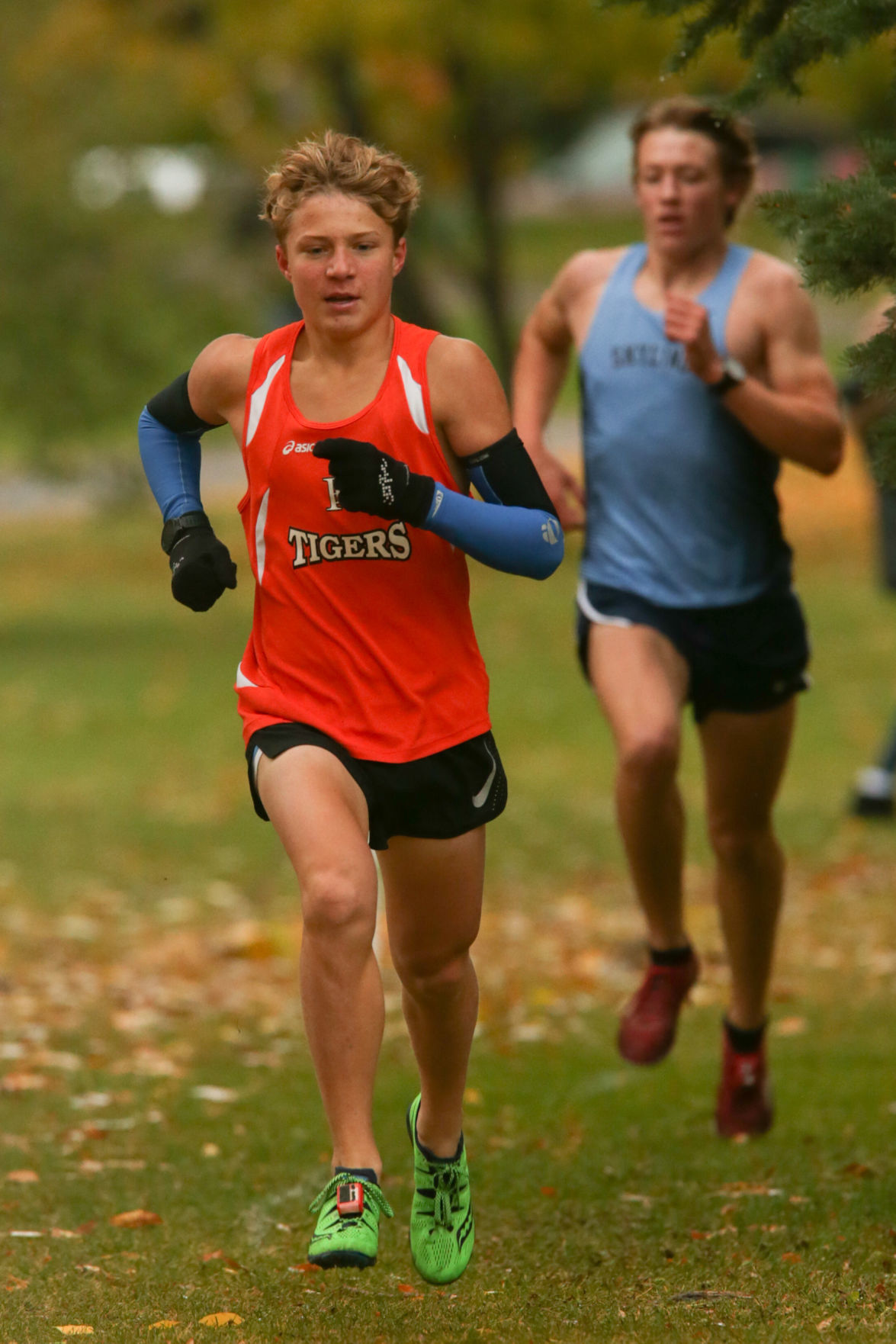 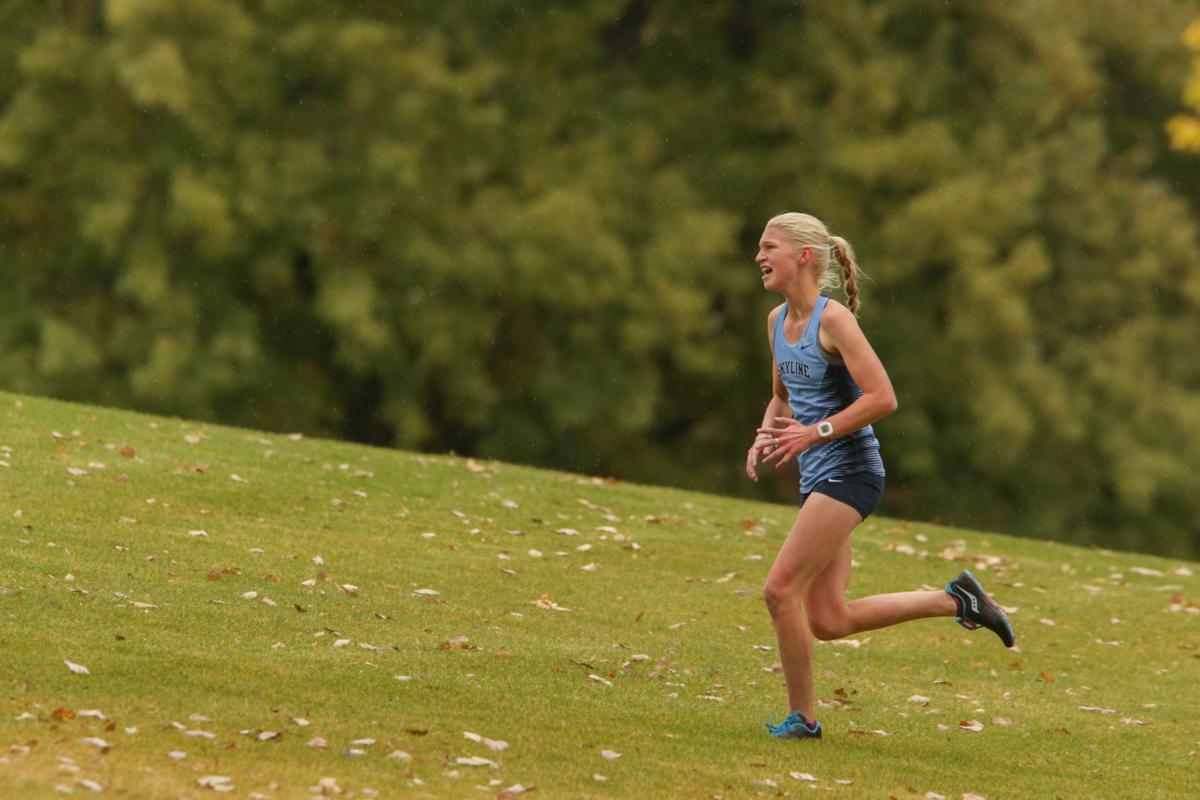 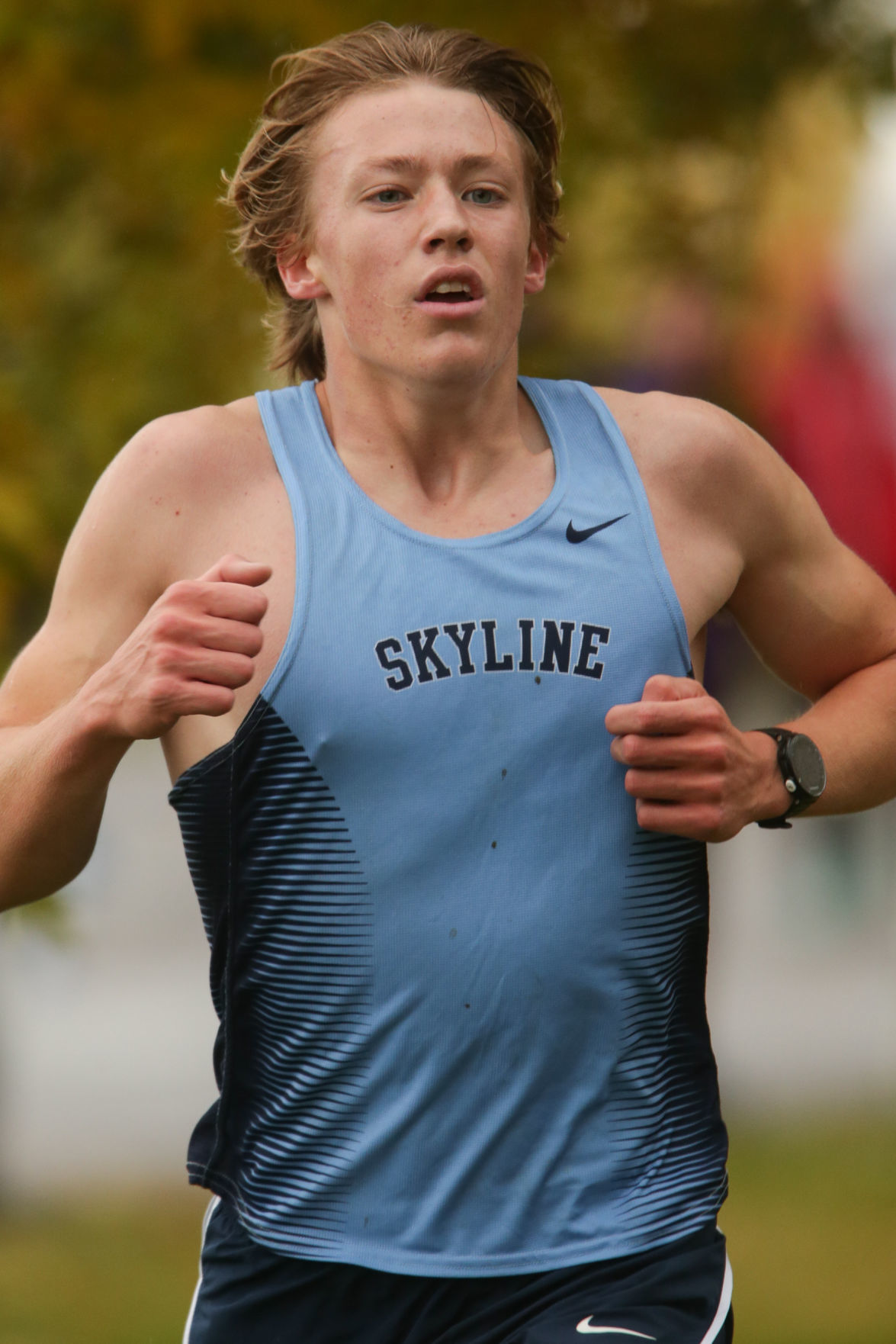 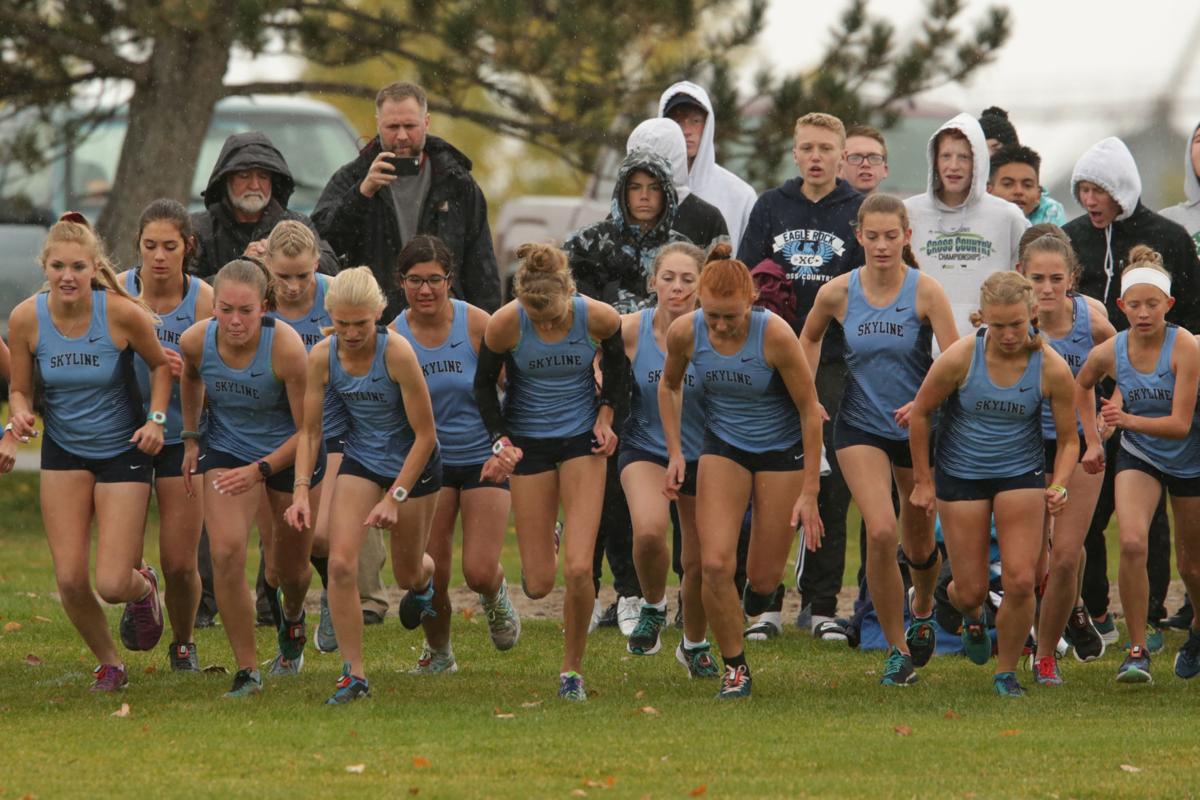 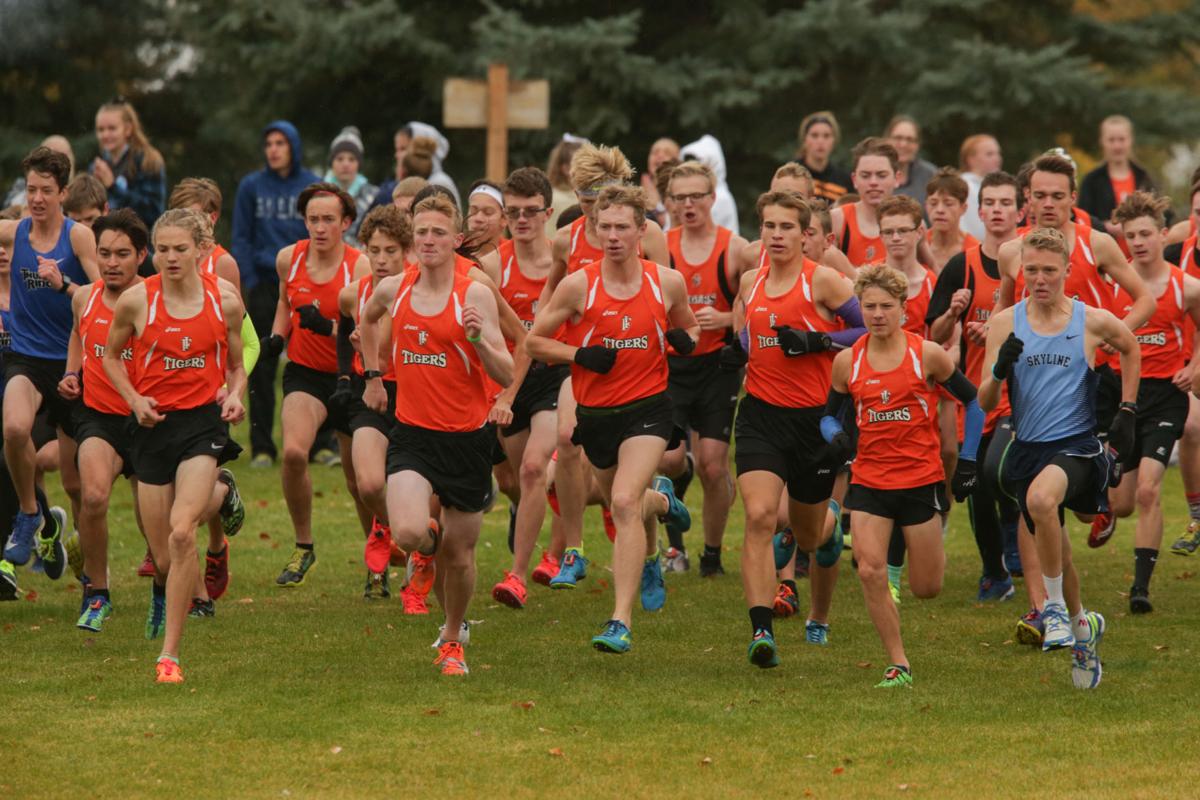 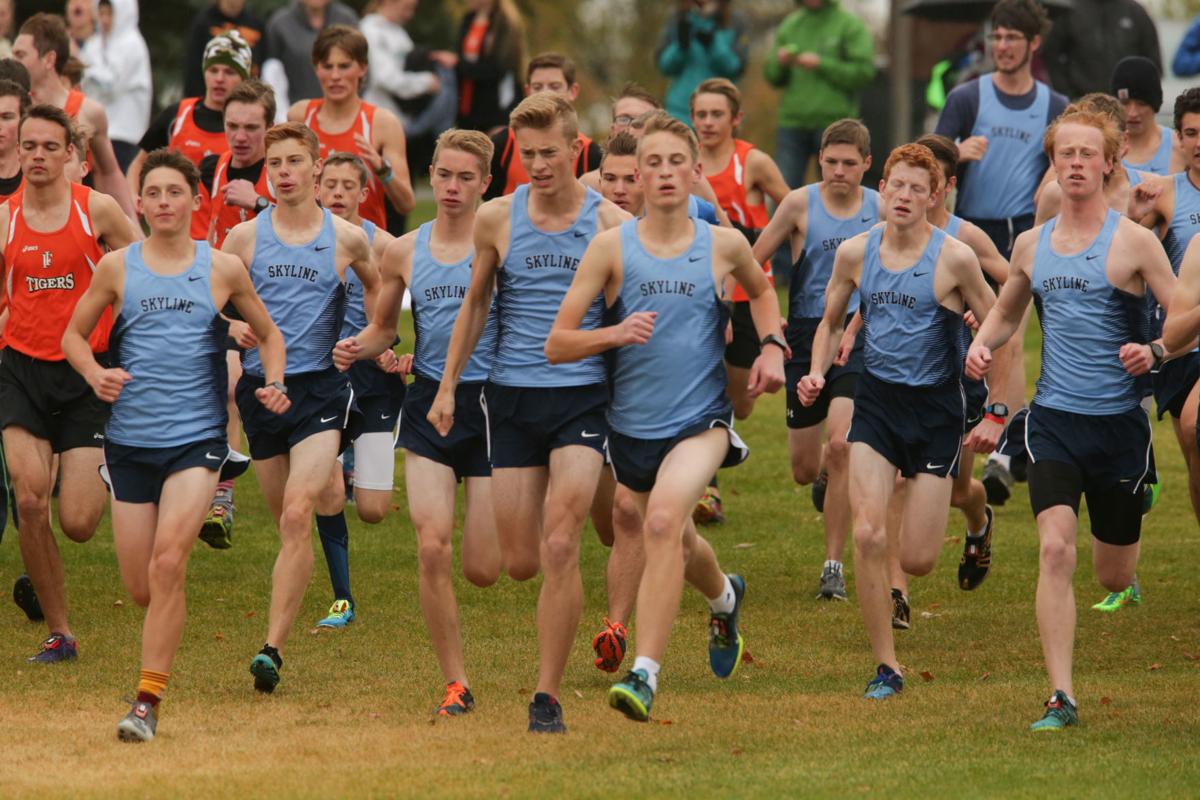 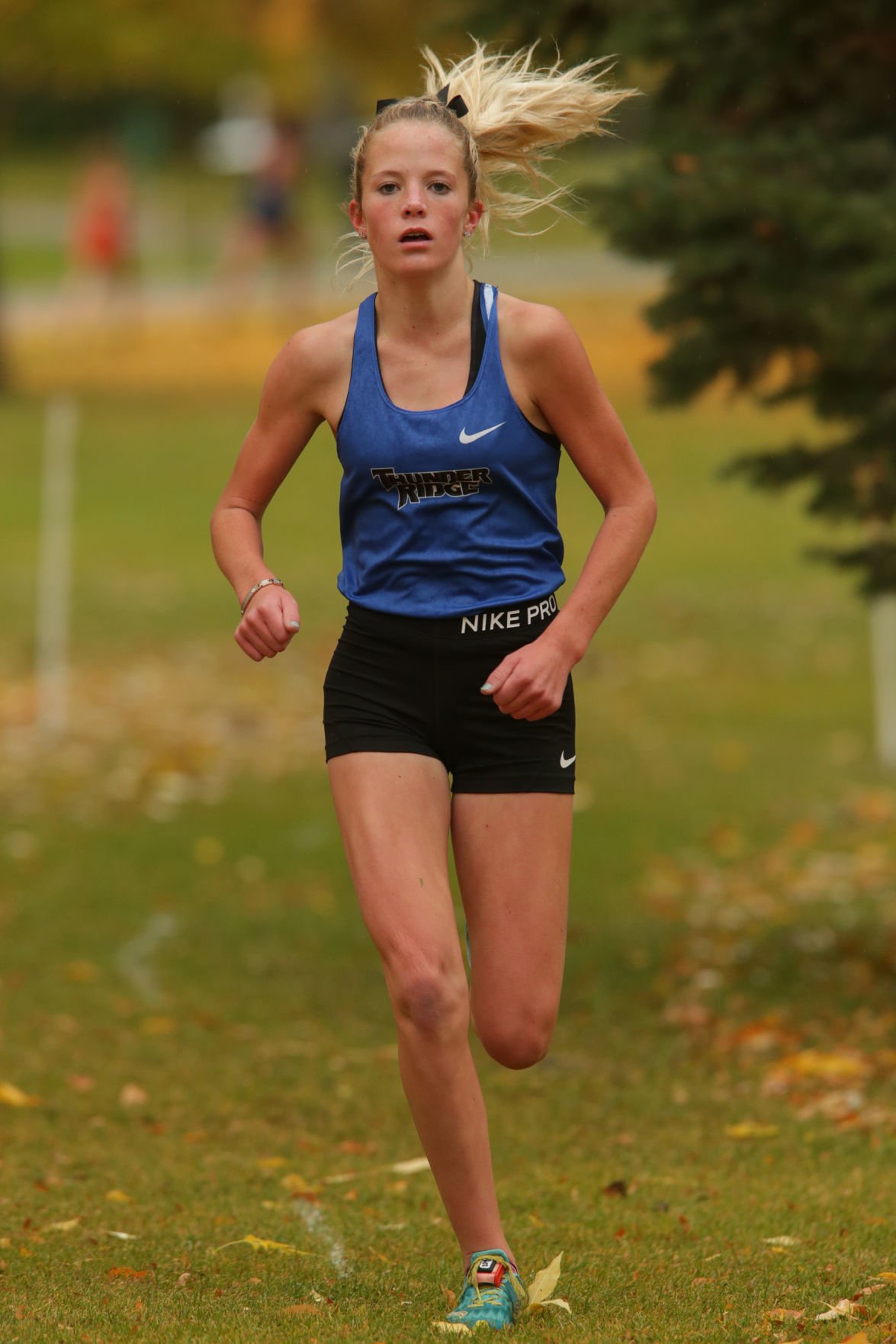 For the first time in three years, individual titles at the annual Idaho Falls city/county cross-country meet went to runners from the same school.

In rain and temperatures hovering in the low 40s, Skyline sophomore Sariah Harrison repeated as city/county girls champion in 19 minutes, 17.23 seconds and senior teammate Dallin Hart claimed the boys title in 17:01.31 Wednesday at Freeman Park. Post Register and Athletic.net records going back to 2007 show Idaho Falls and Hillcrest have swept individual titles at the same city/county meet before, but not Skyline within that same time frame.

Bonneville, which hosted the meet, swept the course free of fallen leaves before the races, but the ground was saturated due to steady rain since Monday evening. Even in the weather, Harrison established her lead early and beat her winning time from Tiger-Grizz a month earlier on the same course (19:28.5). She raced in spikes, which she said helped with the slick surface, but she had to be cautious at some portions of the course.

“I did notice it on a few corners,” Harrison said. “I slowed down a little bit. It was pretty cold at the start when it started pouring.”

Several lead changes occurred in the boys race. Nearing the creek, Idaho Falls senior Reed Eddington led Hart. By the ascent of the hill to the war memorial, Hart had taken the lead and maintained it.

“I was shooting for third until I got to the starting line and heard Zach (Erikson) and Stetson (Moss) weren’t running,” Hart said. “Then I thought, I’ve got a chance.”

The Skyline teammates said they’re looking forward to finishing the season in the next two weeks. The defending individual district champion and state runner-up, Harrison was unable to run at the Rob Campbell Invitational in Shelley on Sept. 28 due to illness, but has recovered and hasn’t missed a meet since.

Hart said he had hoped to be a little faster by this month, but is happy with the finishes he has had so far in his final season for the Grizzlies.

“I’m happy with the places I’ve gotten, for sure,” Hart said. “I took my training more seriously this year.”

The team titles went to the Skyline girls, 31-44 over Idaho Falls, and the Idaho Falls boys, 25-33 over Skyline. Numerous runners from all five participating schools opted not to run in order to rest for next week’s district championship meets, but a tight battle between first and second in the team races persisted.

Skyline head coach Sean Schmidt said the goal is to again send both Grizzlies teams to state, adding that his defending 4A state champion girls have some competition from the rival Tigers. The Grizzlies were without state medalist Adria Roberts, who was injured over the summer, until Tiger-Grizz. Schmidt said Roberts is doing better and the Grizzlies are ‘still getting her into shape.’

“Our boys ran really well today,” Schmidt said. “If they run that well next week they probably can qualify for state. It’s our goal to get them to state. Our girls, I.F. was without two of their girls today. I’m a little bit nervous about what they could do.”

I.F. head coach Alan McMurtrey also acknowledged Wednesday’s tight team battle, and the depth of his program. The Tigers are coming off a 1-2 finish over the weekend at the Inland Empire Challenge in Lewiston on the same course where the state meet takes place on Oct. 27. I.F.’s defending 4A state champion boys won 42-76 over University (Wash.) and the girls took second 29-85 to 5A Mountain View, getting several personal records in the process.

“I’m very pleased with our entire program,” McMurtrey said. “This is where you want to be in mid-October. Our girls took fifth last year and just missed out on a trophy. That’s been their motivation for this year. That was our goal from the beginning of this year to bring home two state trophies.”