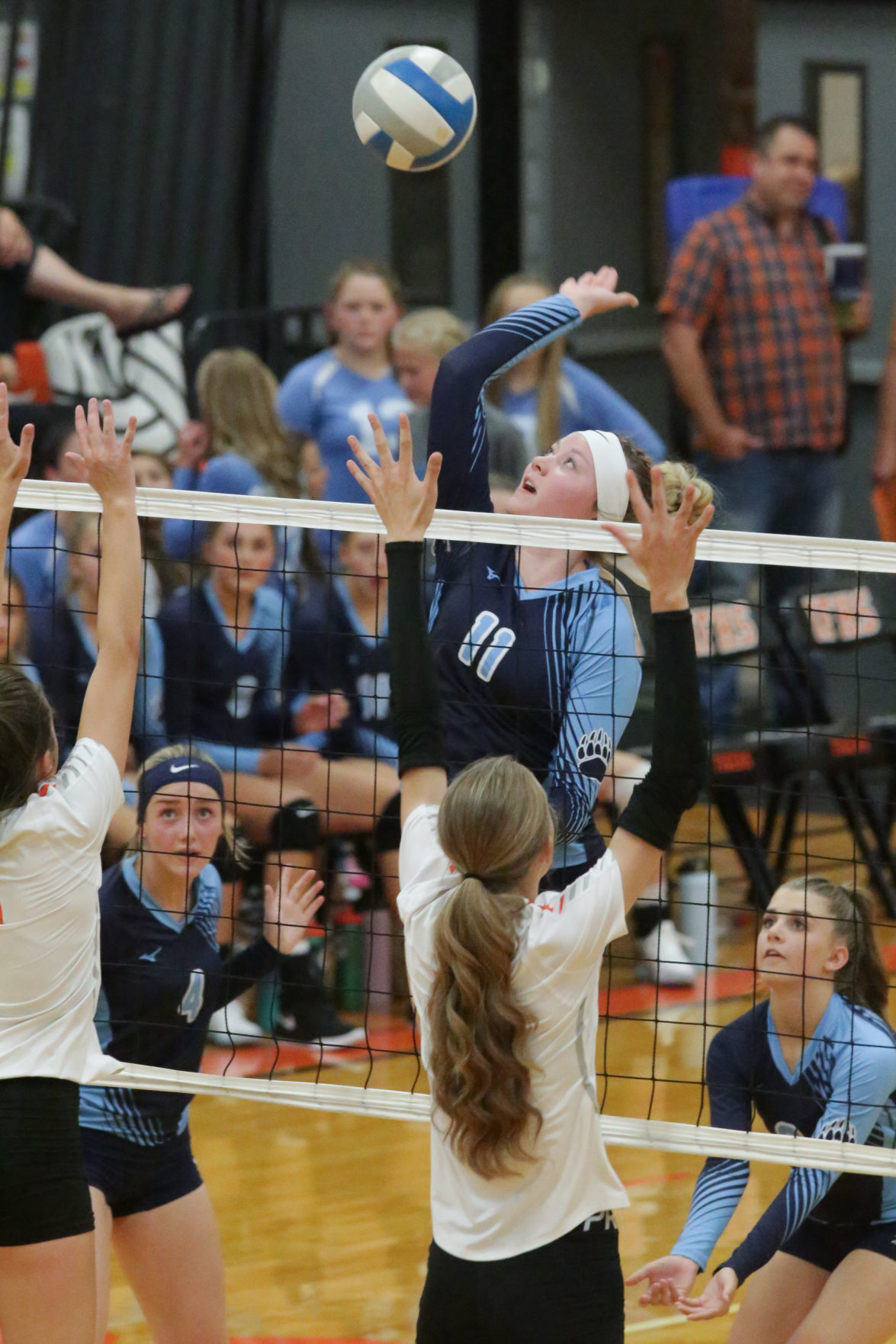 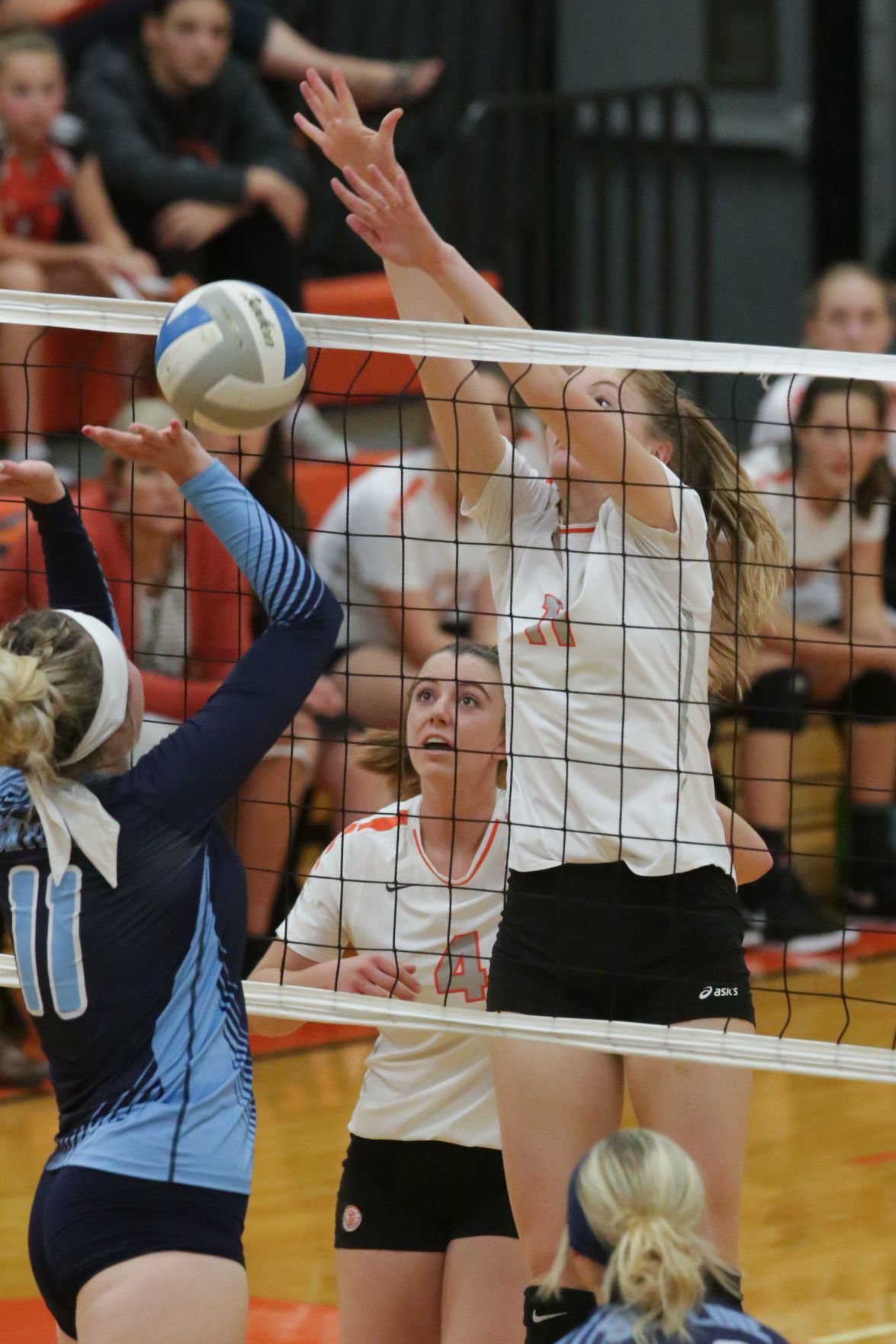 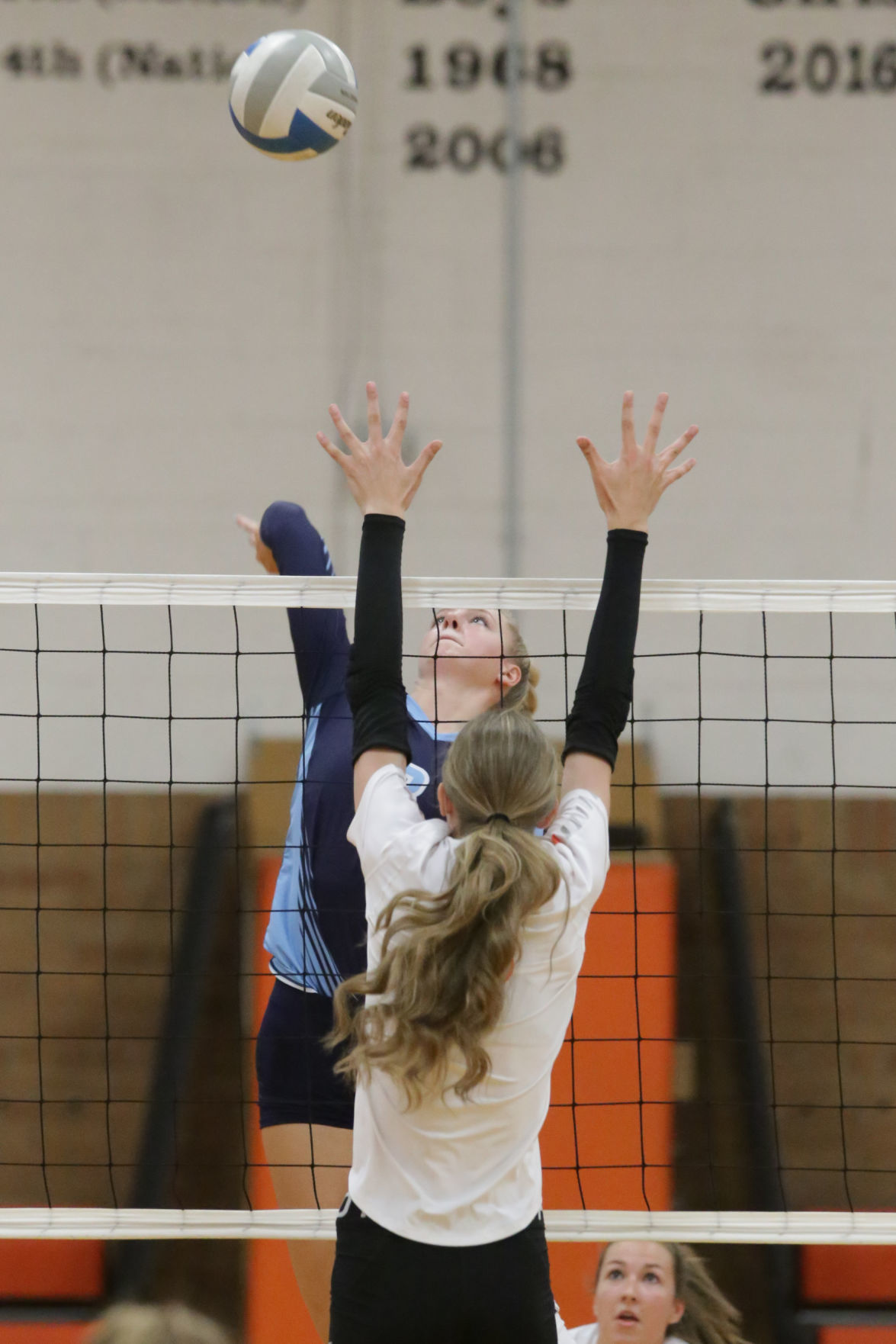 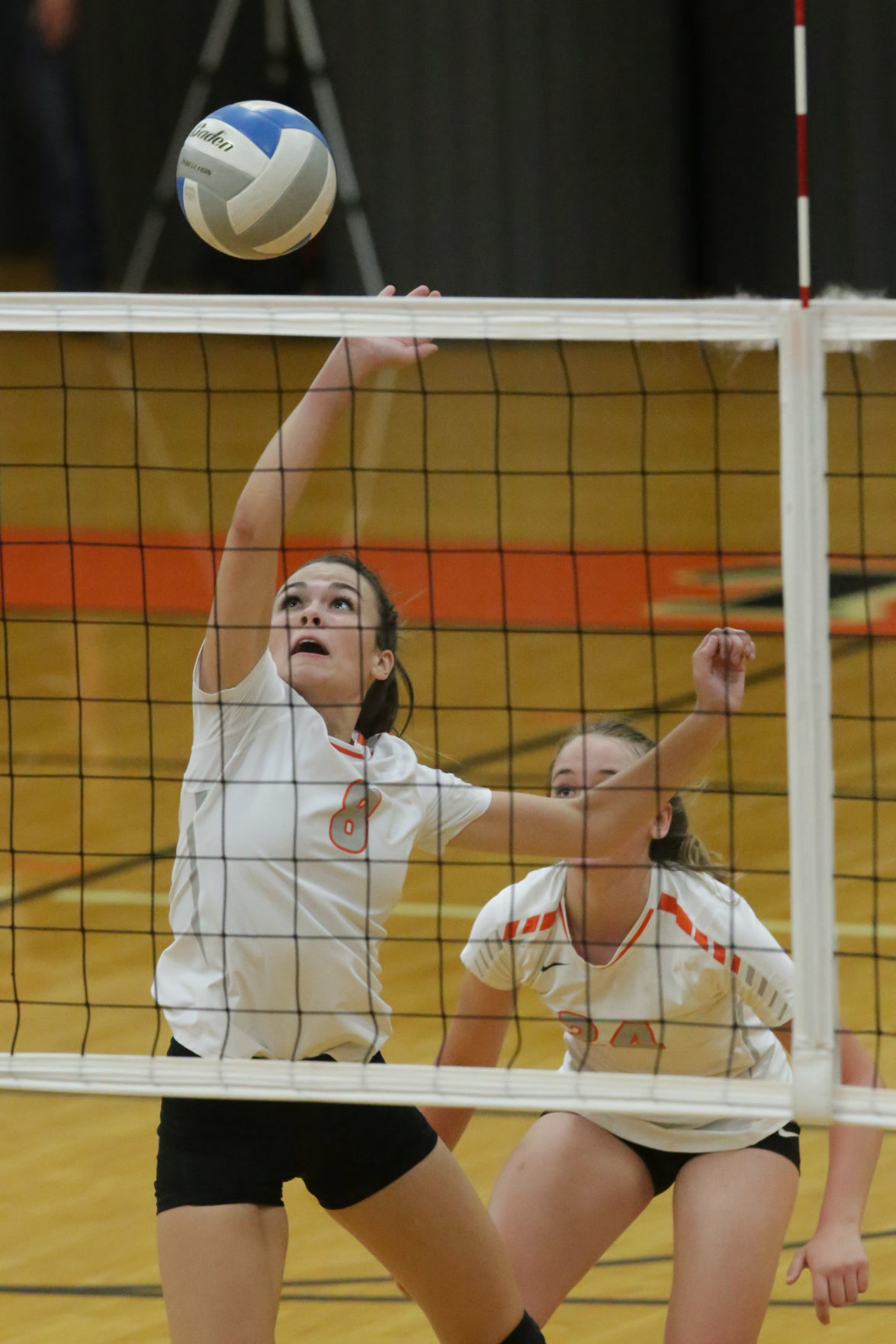 Idaho Falls' Samantha Sleight sends the ball back over the net in Thursday's match versus Skyline at Idaho Falls High School. 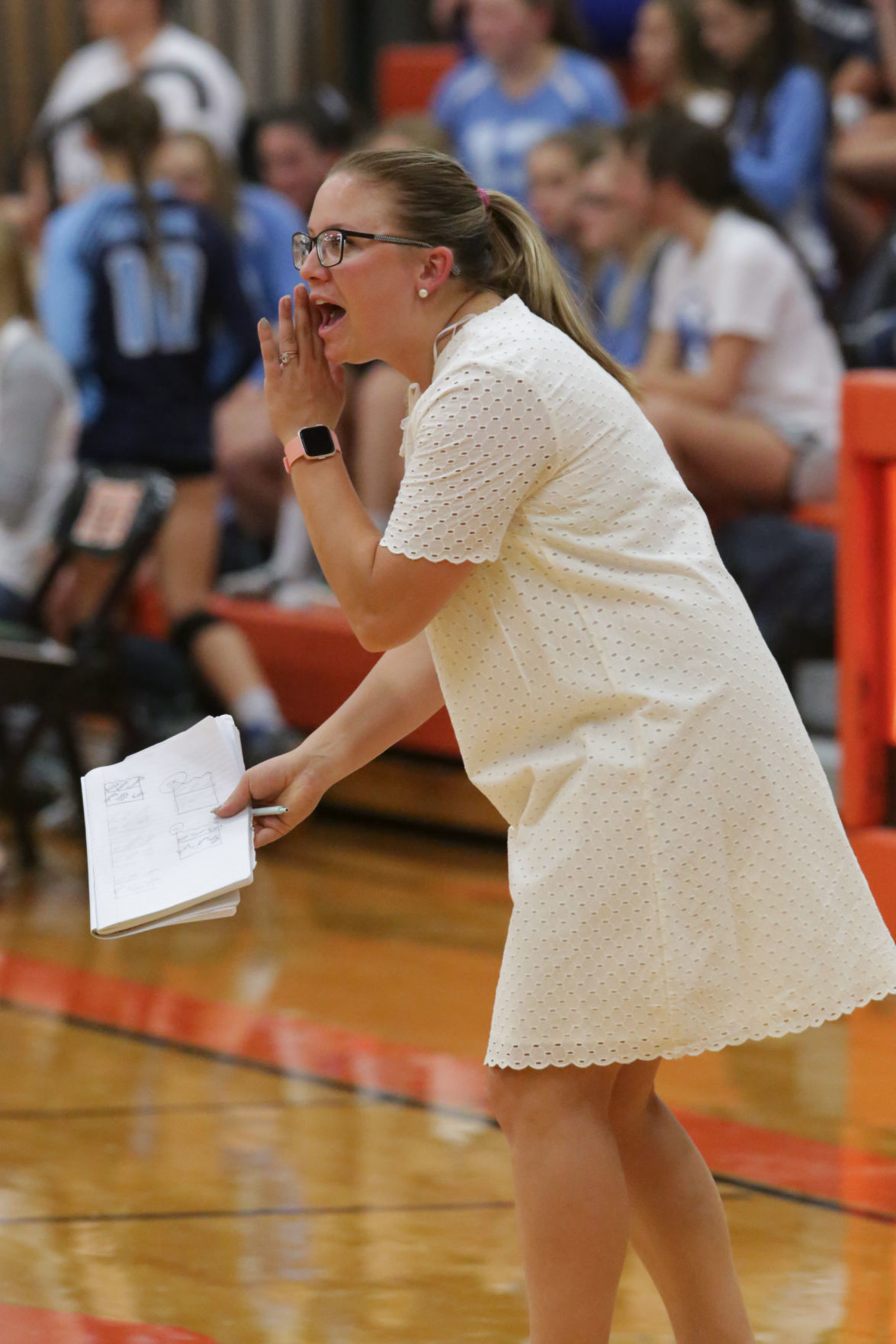 Idaho Falls' Samantha Sleight sends the ball back over the net in Thursday's match versus Skyline at Idaho Falls High School.

Skyline has had the edge in the Skyline-Idaho Falls volleyball series recently, and Thursday the streak continued.

The Grizzlies are now 4-0 versus their District 91 rivals, a streak that began in last season’s first meeting.

“We’re always super excited every time we get to play I.F.,” said Skyline junior Sophie Anderson, who had a team-best 15 kills. “I knew they were going to underestimate us. We knew if we brought our ‘A’ game, we’d win.”

Thursday was first-year Skyline head coach Bryant Neibaur’s introduction to the rivalry game, and he was impressed.

“It was a great atmosphere,” Neibaur said. “My kids, they came here and beat I.F. last year and they came into tonight wanting to do it again. Our first match of the season, we were a little bit nervous. This game, I noticed a confidence in them.”

The Grizzlies began the evening with a commanding first set win, maintaining at least a four-point lead and ending the set with six unanswered points. The gym became more lively after set two, which the Tigers tied three times before falling to 0-2 in the match. Set three belonged to I.F., which never lost the lead and was on the winning end of several rallies. The Grizzlies came from behind early in set four, building leads as large as 15-5 and 19-9 before holding off the Tigers down the stretch.

Both Neibaur and first-year Idaho Falls head coach Kaitlyn Zarpentine said the match came down to serve receive, with Neibaur adding that the Tigers served the Grizzlies ‘off the court’ in set three.

“I feel like our serve receive settled in (during set three),” Zarpentine said. “I just thought we came out a little too lackadaisical (to start the match), then we had to dig ourselves out of a hole. We’ve just gotta get back to work. I think this is just scratching the surface of what we can do.”

Like Neibaur, Thursday was Zarpentine’s first Skyline-Idaho Falls match as a coach. Providing an extra layer to the experience was the fact that she and her entire coaching staff are former Idaho Falls volleyball players.

“I really like this rivalry with them,” Zarpentine said. “You just never know what’s gonna happen with these teams. Every time I.F. and Skyline play, a lot of extraordinary things happen.”

Kara Koplin had five blocks, Morgan Wattenbarger had 23 digs, Taryn Chapman had six aces and Aubrey Hazekamp had four blocks for Skyline (6-4, 1-0 4A District 6), which hosts the Skyline Classic on Saturday. Sydney Hess had 10 kills, Sage Berrett had three blocks and Brenna Clyde had six kills for Idaho Falls (2-2, 1-1), which plays Tuesday at Bonneville.