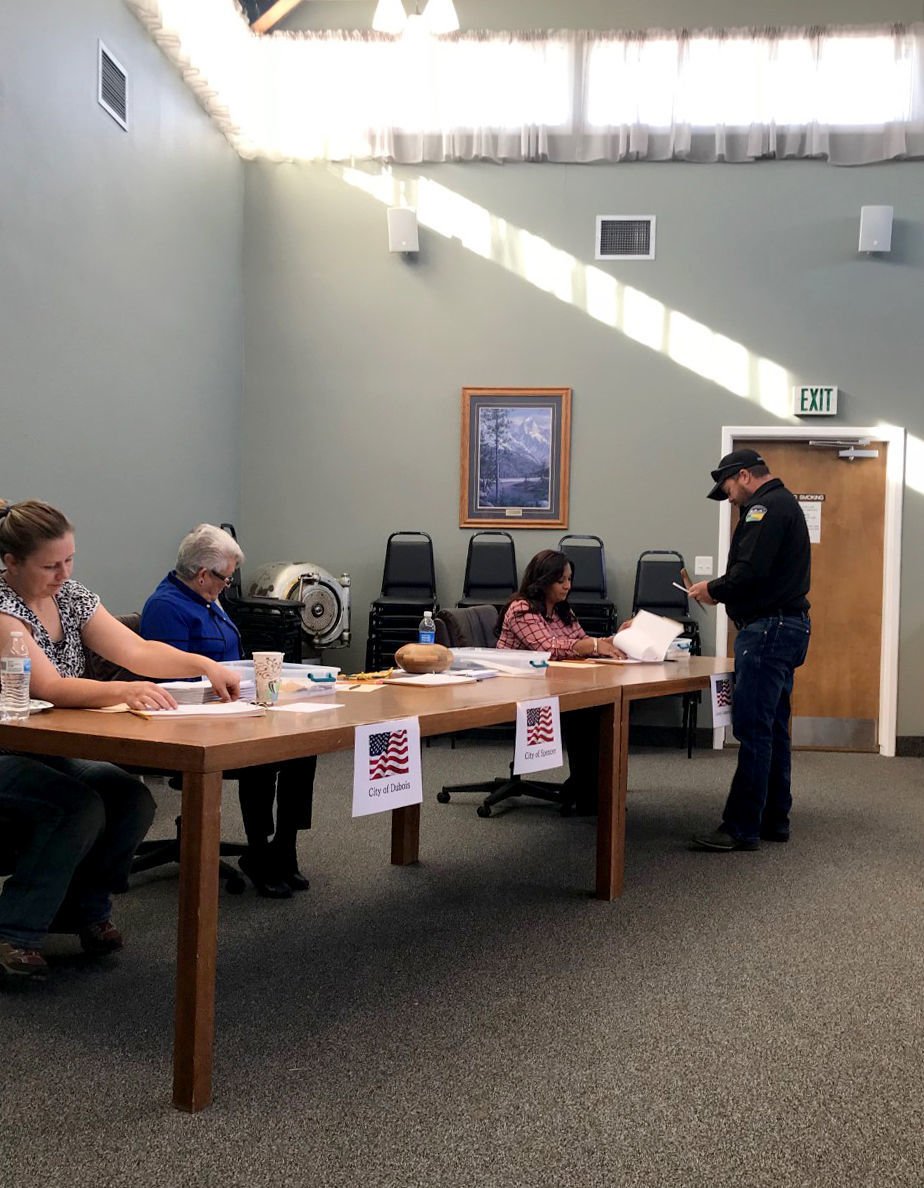 Sheriff Bart May gets ready to vote as election board members Heidi Billman, Cindy Bramwell and Erica Perez work Nov. 5. 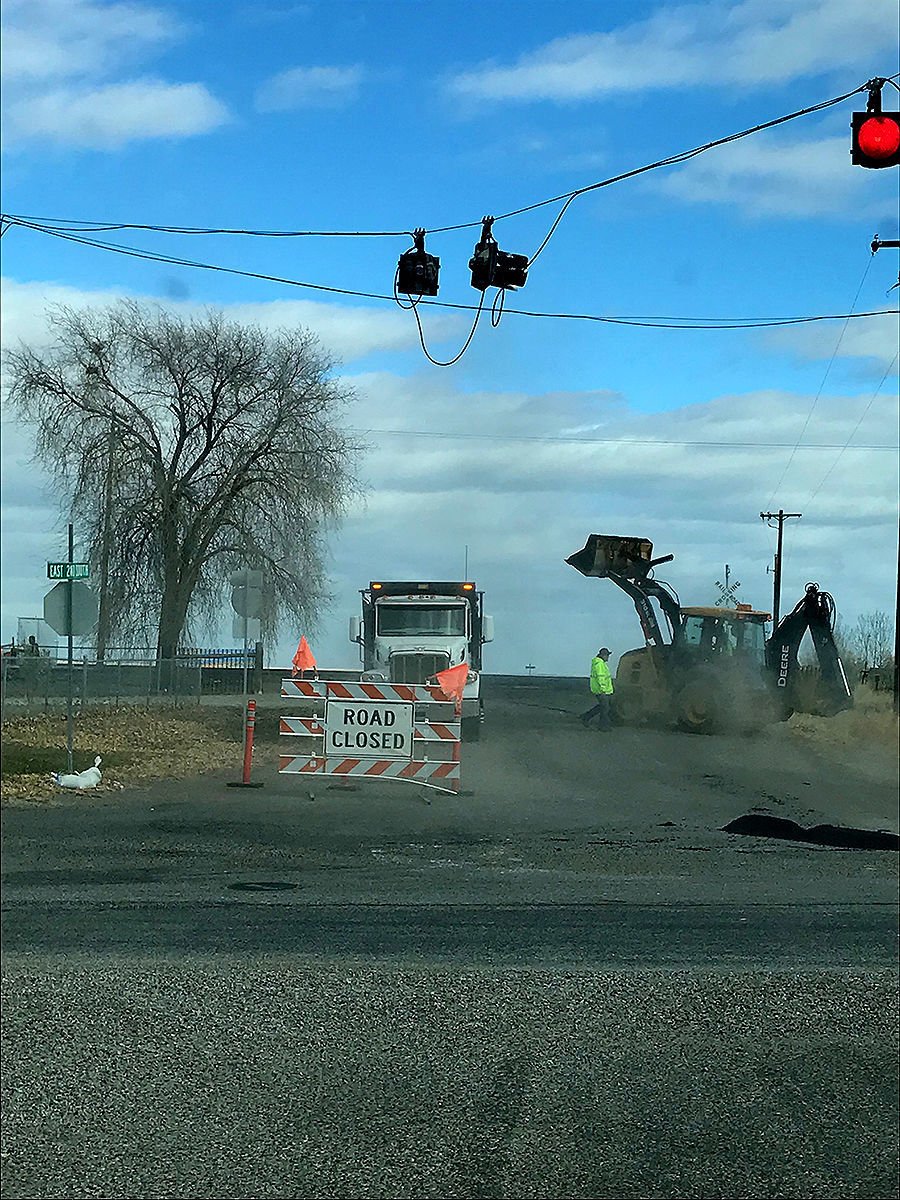 Workers finish up a new Union Pacific Railroad crossing in Dubois onto the County A2 road. The last day of work was Nov. 4.

Sheriff Bart May gets ready to vote as election board members Heidi Billman, Cindy Bramwell and Erica Perez work Nov. 5.

Workers finish up a new Union Pacific Railroad crossing in Dubois onto the County A2 road. The last day of work was Nov. 4.

CLARK COUNTY — November is a month in which we give extra thanks. In Clark County there many people, places and things for which to give thanks. Along with the agricultural land, animals, camping, hunting and fishing spots, we also have people who work together at community benefit gatherings. With the colder weather blowing in, the indoor fun begins in this area. The Turkey Shoot and then Search and Rescue dinner are two sure signs of winter on its way.

Here are the winners of prizes from the Dubois Lions Club Turkey Shoot: The most coveted prize, the vortex gun scope, went to Darlene Bitsoi of Idaho Falls and Spencer. Richard Larsen, a Lions Club member who was at the auction, had donated a helicopter ride for one of the drawings. At one point, a ticket was drawn for that ride and the name on it was that of one of Mr. Larsen’s office staff. He was announcing the winners by then, so he said “draw again! She can have a helicopter ride any time!” The next ticket that was drawn for the helicopter ride was for ... Richard Larsen himself. When all was said and done that evening, Angie Calzadais and family were the names drawn for Larsen helicopter rides. There were many other donated prizes and winners.

The Union Pacific Railroad crossing in Dubois that connects to the County A2 road has been replaced and is in use. The project was completed Nov. 4. After the cold snap, it took some extra time to get the process finished. The warmer weather aided the workers from not only the UPRR contractors, but some Dubois and Clark County crew members.

Lane and Rachael Grover of Dubois have put a new roof on their house. It was a group effort and some of the folks who worked together on the roof were out until dark last week finishing the project.

Jon and Sheree Farr of Dubois have a new grandbaby named Rochelle Ann Farr. She was born Oct. 11. Her parents are Tucker and Brooke Farr. Other grandparents include Charles and Maryann Phipps of Glendive, Mont. Great-grandparents are Susie Whiting of Centerville, Utah; and Steve and Kathy Farr of Payson, Utah.

The Clark County Public Library has featured the book entitled “The Boy who Harnessed the Wind,” a non-fiction book about William Kamkwamba of Malawi, Africa. A stained class started at the library Nov. 8. It is part of the 21st Century “Bobcats after the Bell” and 4-H programs.

The Mud Lake Telephone Co-op will meet at 7 p.m. tonight.

Westernsprings Cowboy Church will be meeting at 12:30 p.m. Nov. 17 at the Dubois Community Center. Attendees are encouraged to bring food if they are able or just come eat at the open table and experience the Christian worship service that day.