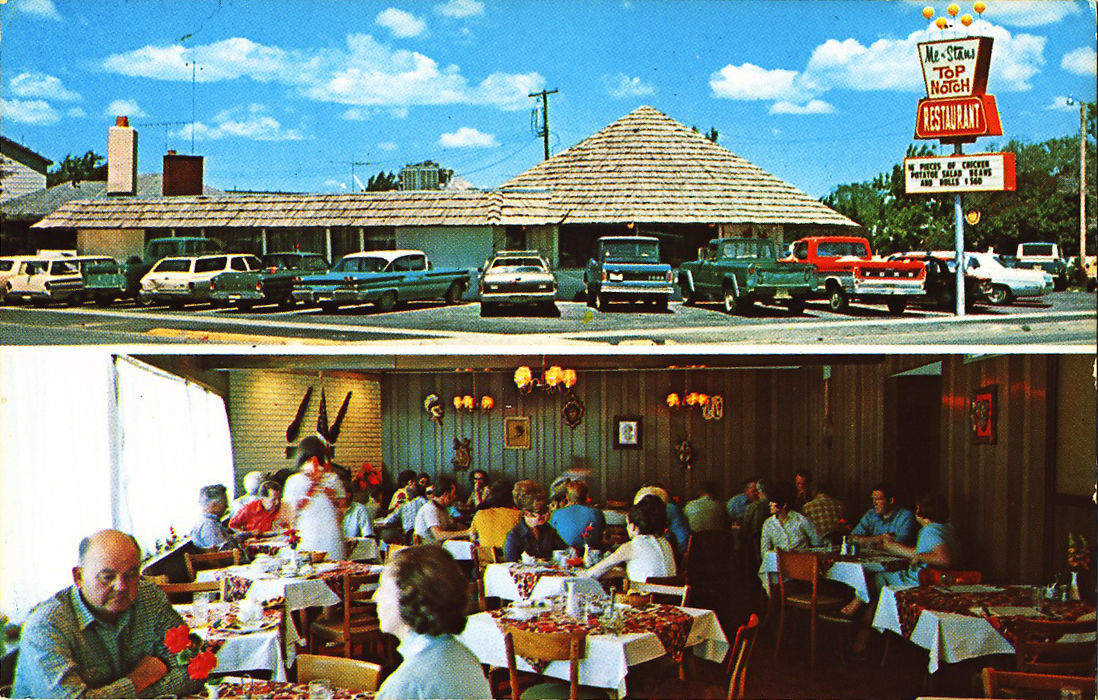 A post card featuring the exterior and dining area of the original Rexburg Me ‘n Stans. The building was wiped out in the 1976 Teton Dam flood. 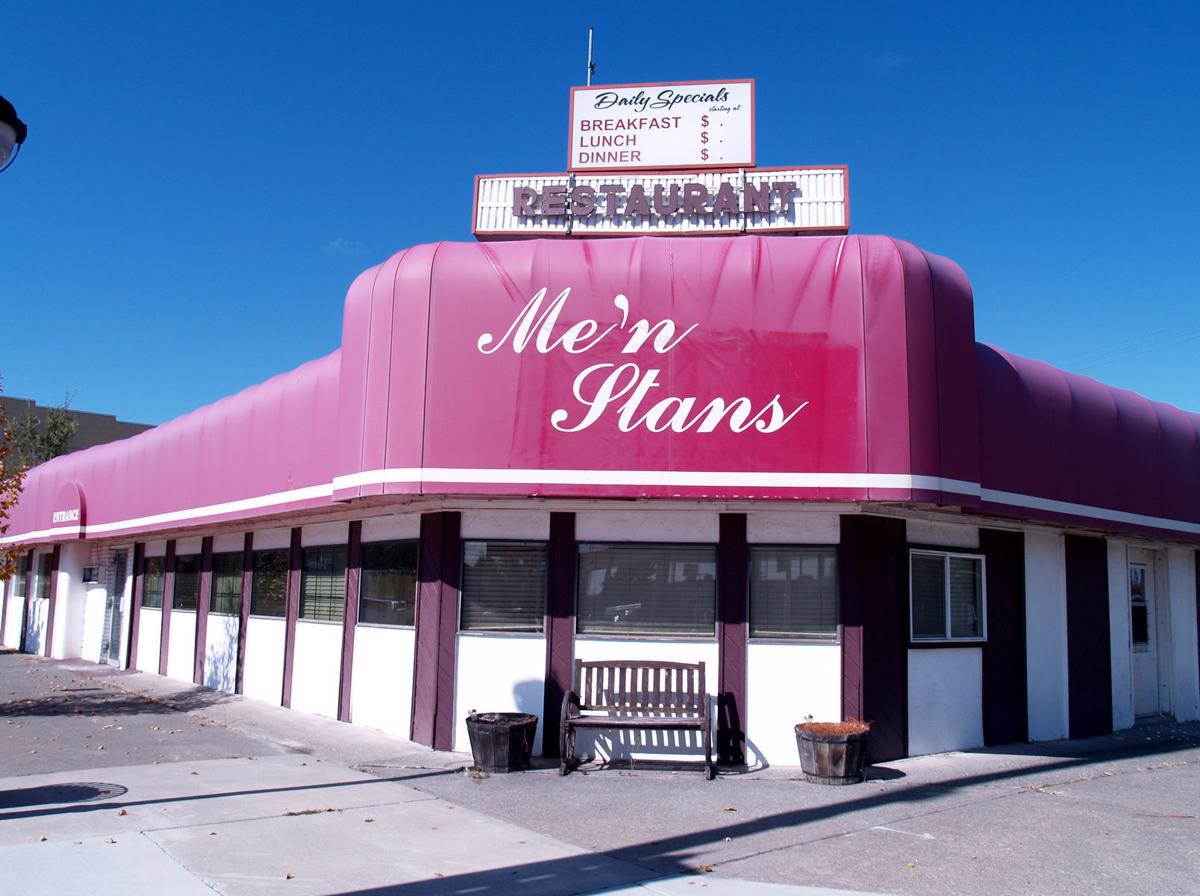 The former Rigby Me ‘n Stans Oct. 10, 2019. Jorelle McClellan, one of the building buyers, said she would like to keep the “Restaurant” and “Daily Special” signs.

A post card featuring the exterior and dining area of the original Rexburg Me ‘n Stans. The building was wiped out in the 1976 Teton Dam flood.

The former Rigby Me ‘n Stans Oct. 10, 2019. Jorelle McClellan, one of the building buyers, said she would like to keep the “Restaurant” and “Daily Special” signs.

Me ‘n Stans closing in Rigby in 2017 marked the end of a restaurant chain that had lasted nearly 50 years.

In September of 2019, two couples pooled their resources and took it over.

One of the buyers, owner of Silvercreek Realty Group Jorelle McClellan, said the plan is to put offices in at least part of the building for her and her husband Andrew McClellan’s businesses. The majority of the large building will be rented out, either as office or retail space, she said. She said they are open to having a restaurant upstairs, but said it is unlikely.

“Nobody wants to do it and I don’t have any restaurant experience,” McClellan said.

The Rigby Urban Renewal Board had been looking into purchasing the property to refurbish and resell it. Now, there is no need, but URA members still plan on making other places attractive to businesses.

“We had to change directions,” URA Chairman Steve Abbott said.

Me ‘n Stans has been in Rigby since the 1980s — the last installation of a restaurant chain that began in Rexburg in August of 1969. Throughout the years, founder Stan Colborn, now 85, said he has owned Me ‘n Stans in Rexburg; St. Anthony; Jackson, Wyo.; and West Yellowstone.

Colborn said he first ventured into the restaurant scene at 14 years old, when he began working at LeBaron’s Coffee Shop. From there, he said he held various jobs in food service before trying his hand at opening a restaurant in Idaho Falls on E. Street, called Stans. After Stans closed, Colborn said he went back to working for another restaurant for years before finally buying a former grocery store and opening his first long-term successful restaurant in Rexburg. This time it was not to be called simply “Stans.”

“I didn’t get away with that,” Colborn said, laughing. “My wife (Betty) was a really good partner … she always backed me right up and kept me going.”

Colborn said while Me ‘n Stans was an immediate success, making $125 in its first day (about $900 today), it was not without its challenges. In 1976, the Teton Dam flood took out the Rexburg location. Colborn said he had to rebuild and keep going. At some point he said he also closed his Jackson location.

“I had that for about a year and a half, two years, and I didn’t like it,” Colborn said. “So I came back and I wound up buying that place in St. Anthony and my wife said, ‘Oh, honey, I wish you wouldn’t buy any more places.’ But then she’d jump right in and help me make them work.”

When Betty Colborn was diagnosed with cancer, most of the stores were closed other than in Rexburg and Rigby. At that point, Stan and Betty Colborn moved from Rexburg to Ammon to be close to family and Betty’s doctor, and for some time their youngest son ran the Rigby establishment.

Stan Colborn closed the Rexburg Me ‘n Stans in 2007. In 2017, eight years after Betty died and a few years after Stan had personally started running the Rigby Me ‘n Stans again, he closed that location as well. Me ‘n Stans, the hometown restaurant, was no more.

“I just got tired of trying to do everything,” Colborn said.

Fast forward to 2019. The McClellans had been searching for an office space on Rigby, when the price of the former Me n’ Stans building dropped by $100,000. Jorelle McClellan said she began calling people she knew to see who would be interested in buying it with her. She said two friends in Seattle looking for an investment — Aaron and Juliet Gerry — decided to join in. The couples closed on the building Sept. 17.

While the location is ideal, McClellan said the building itself will take work. Portions of the downstairs floor are open to dirt; outdated, aged insulation and drywall that lined the walls lay across the ground and a mess of piping and wires decorates the ceiling downstairs.

“A beautiful thing, isn’t it?” McClellan said, looking around the dark, creaking basement. “It really took a specific buyer, so whereas Aaron’s a remodeler, we’re in construction, it took both of our talents.”

McClellan said there are plans for extensive remodeling and much of the original building will be transformed into office or retail space, with perhaps a concrete patio where the lower lawn currently is. However, she said she plans on holding onto the former “Restaurant” and “Daily Specials” signs, keeping the memory of the final Me ‘n Stans alive.