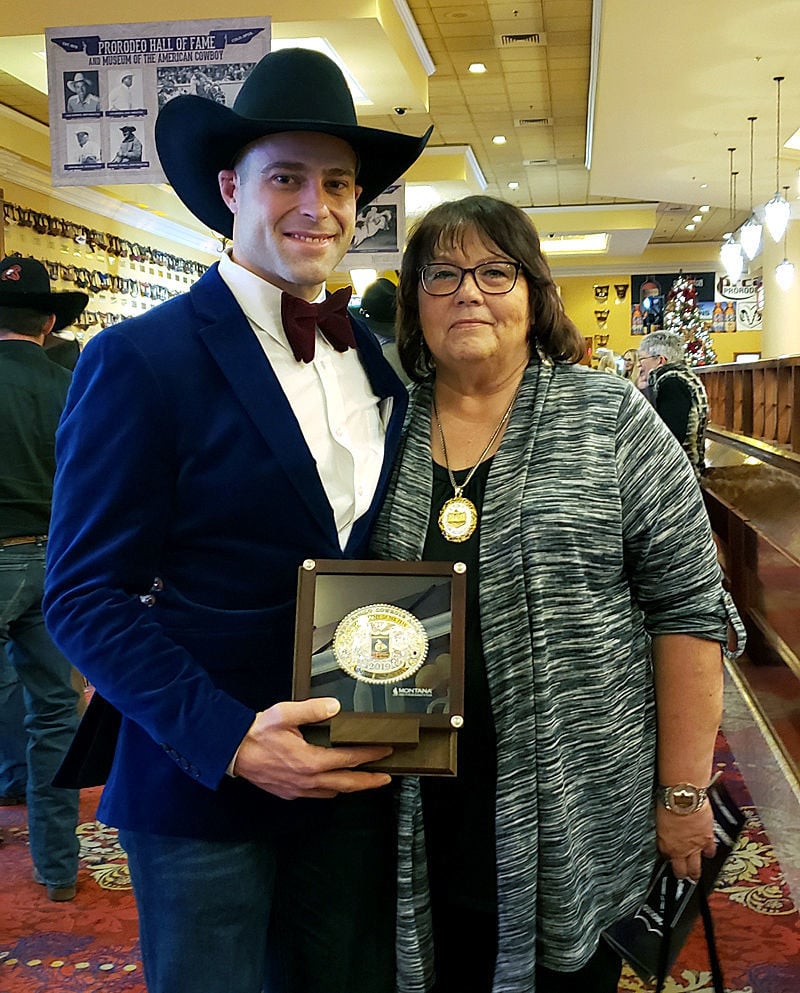 Dusty Tuckness displays his 2019 Bullfighter of the Year award in the ProRodeo Hall of Fame. Standing next to him is his mother, Shawna Williams of Dubois. 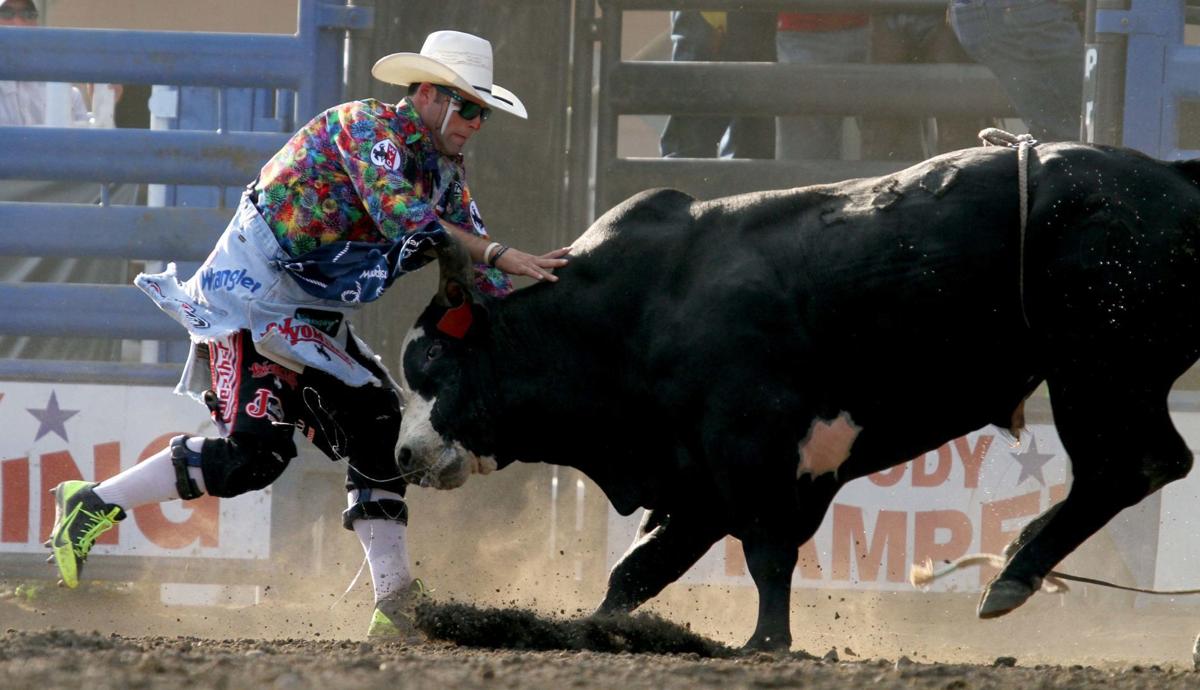 Dusty Tuckness displays his 2019 Bullfighter of the Year award in the ProRodeo Hall of Fame. Standing next to him is his mother, Shawna Williams of Dubois.

Tuckness began his stranglehold on the title in 2010, and broke the previous record in 2015, surpassing Joe Baumgartner’s four consecutive titles.

“It’s pretty humbling really to be able to be considered amongst your peers in that category,” Tuckness said. “With some of the guys on the list, it’s tough every year.”

Tuckness’s mother, Shawna Williams of Dubois, said she attends each ProRodeo banquet with her son, where the Professional Rodeo Cowboys Association (PRCA) announces annual awards. Every year for ten years, she heard Dusty Tuckness announced as Bullfighter of the Year. In 2019, she said it still took her off-guard.

“There’s a bunch of them right there with him … I was shocked when they called his name and I think he was too this year,” Williams said.

Both Tuckness and Williams said the competition for the title is steep, with highly accomplished bullfighters receiving nominations. But Tuckness has at least two decades of experience under his belt, and Williams said he continues to work hard to succeed in what he loves to do.

That dedication and willingness to push through difficulties began from the start, Williams said. At the age of 5 or 6, Williams said Tuckness broke his arm riding his first steer. Far from deterring the budding rodeo star, Tuckness only became more and more involved in the sport his father and multiple other relatives enjoyed.

“It’s kind of in all of our blood, we love the rodeo life,” Williams said.

At 12, Tuckness said he began “sneaking around on my own with a buddy” to fight bulls. He said he eventually revealed his clandestine activity to his parents, and received support for the then-hobby. Tuckness continued bullfighting after he moved to Meeteetse, Wyo. as a high school freshman. He now lives in Oklahoma, an easier place to return to during the rodeo season, but said he still considers Wyoming home.

Tuckness’s bullfighting has become less and less of a secret through the years as he has continued to experience a fruitful career. His Bullfighter of the Year titles are but a few of the numerous accolades the 32-year-old has collected, but he said he does not like to get drawn into his successes. 2020 is a new set of rodeos, and there is always work to be done.

“I just want to put my best foot forward every day,” Tuckness said.

Tuckness said he now enjoys mentoring young athletes, sharing his experiences and giving them advice on how to improve. He said he has never considered quitting rodeo, and said he “praises God for all the blessings.”

“I just really felt a calling towards the rodeo world and the more I look back on it now … I just see that God had a plan for me in the rodeo world,” Tuckness said. “And it’s been a roller coaster of highs and lows, but I wouldn’t trade it for anything.”