News
Coronavirus
Elections
Sports
Opinion
Obituaries
Local Scenes
Milestones
Calendar
Classifieds
Grants
Read the E-Edition
Make An Announcement
Subscriber Services
Site Services
Browse the Archives
Welcome to our new website. We have a new login system for you to access the full newspaper online. Please click here to learn how to activate your new account. Bear with us as we move into this new site and bring over all our old articles and photos.
Activate Now
Support local journalism 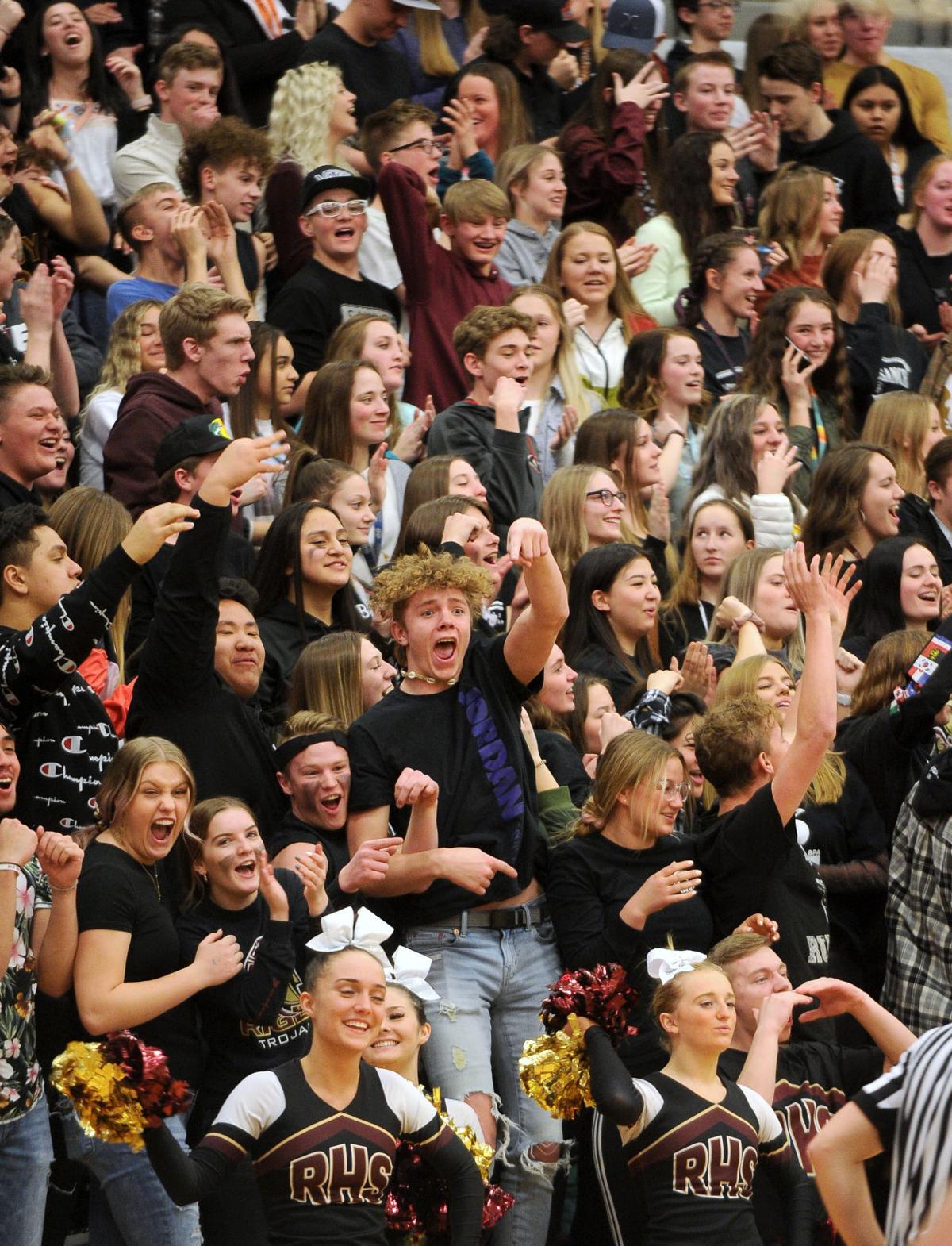 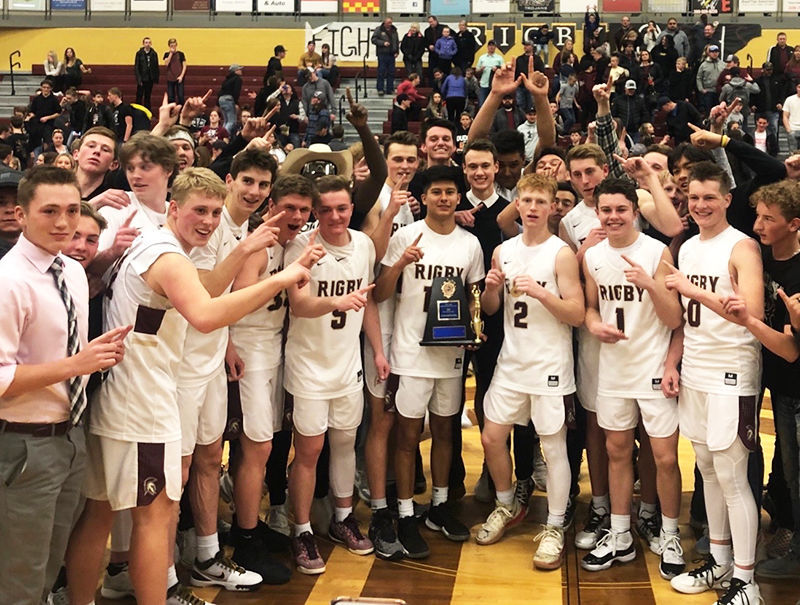 The area’s best rivalry has been conspicuously one-sided this season.

That didn’t change Feb. 25 despite a fierce comeback by Madison in the fourth quarter of the 5A District 5-6 boys basketball tournament championship game, as Rigby held on to defeat the Bobcats 50-49 to earn the tournament title and earn a berth in the upcoming state tournament.

It was the fourth time in three weeks the rivals met, with the Trojans winning all four games. The previous week’s tournament matchup went to overtime and the Feb. 25 game appeared it might be headed in the same direction after Madison erased a 10-point deficit in the four quarter and eventually took the lead on a 3-pointer by Wesley Jensen with 26 seconds left.

The senior-laden Rigby lineup didn’t flinch as Keegan Thompson drove to the basket and connected on a spinning layup with 12 seconds left for a 50-49 lead.

The closing 12 seconds featured a scramble for a loose ball, a Rigby possession, another turnover and eventually a last-second shot by Madison that missed the mark at the final buzzer, setting off a celebration for the home team and its fans.

“It’s always a great rivalry game,” said Thompson, who finished with 17 points. “The atmosphere is like something that can only be matched at the state tournament. It was basically a state game. That was crazy.”

Rigby (23-1), which has been holding down the No. 2 spot in the state media poll behind Rocky Mountain, ran its win streak to 18 straight games.

“That first quarter killed us,” Madison coach Travis Schwab said of the early 22-9 deficit. “They come out and we give up 22 points. We’ve had a goal to not give up any 20-point quarters and to do that right off the bat; we just dug ourselves a major hole.”

Rigby held a 10-point lead at the break, but the pace slowed in the third quarter, which eventually worked in Madison’s favor. Rigby scored just seven points in the quarter, but upped its lead to 11 early in the fourth.

Madison pulled within 46-42 on a pair of free throws by Taden King with just over four minutes left and the momentum started to switch. King powered in for a basket with 2:43 left and was fouled. He missed the potential game-tying free throw, but the scene was set for a dramatic final two minutes.

“Our defense kept us in it and when we had to at the end, we pulled together as a team and came up with one defensive stop,” Rigby coach Justin Jones said. “The experience we gained from this type of atmosphere is only going to prepare us for state.”

Britton Berrett finished with 17 points for Rigby and King led Madison with 21 points.