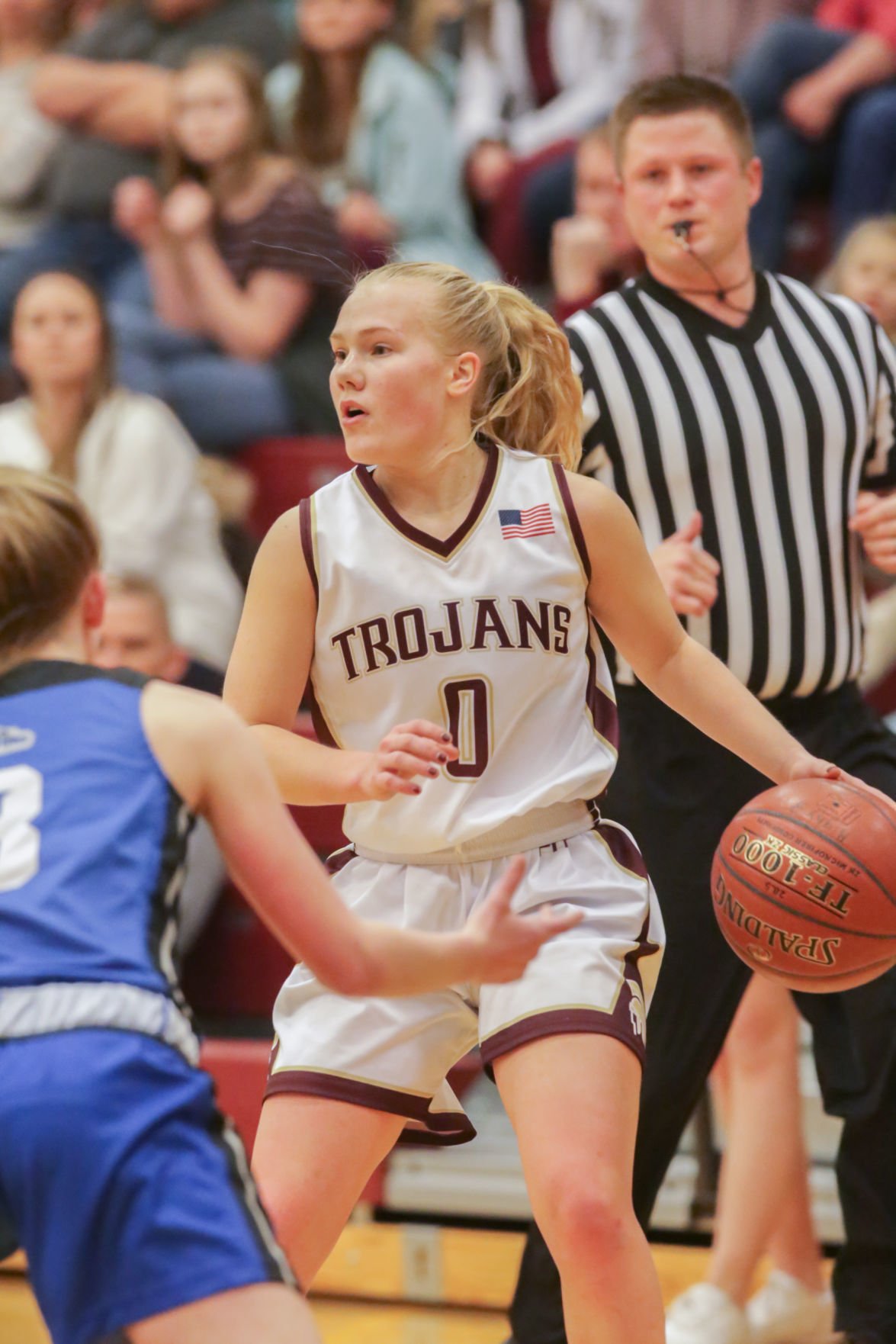 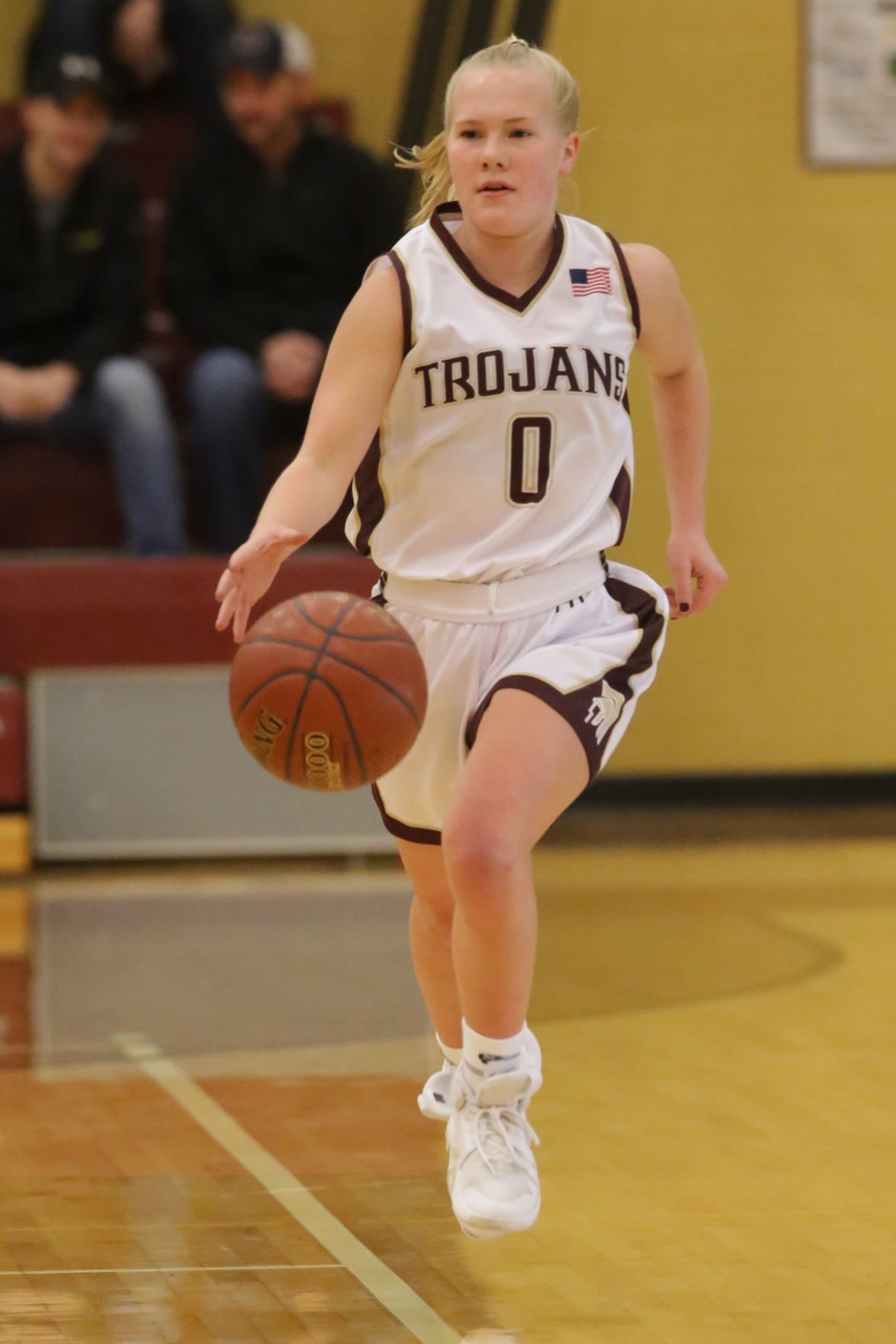 Rigby’s Ruby Murdoch pushes the ball down the court during the 5A District 5-6 tournament semifinal game versus Thunder Ridge in February.

Rigby’s Ruby Murdoch pushes the ball down the court during the 5A District 5-6 tournament semifinal game versus Thunder Ridge in February.

COVID-19 attempted to throw a wrench into the recruiting process, but Rigby’s Ruby Murdoch has chosen where she will continue her basketball career.

The senior point guard signed with Wenatchee Valley College on April 1--no April Fool’s jokes involved, she said--to conclude a recruiting journey that began a year ago and drew interest from multiple Northwest Athletic Conference schools. The signing took place five days after she gave her verbal commitment to the Knights.

Big Bend and defending NWAC champion Wenatchee Valley made her short list. The Knights were 21-9 overall this winter before the season was cut short due to COVID-19.

Murdoch chose Wenatchee Valley because she believed it provided the best all-around fit for her, basketball and otherwise.

“It was a confident choice,” Murdoch said Tuesday night by phone. “That was one of the biggest things for me is just finding the right coach. You want to be successful but at the bottom of it, it’s gotta be the right fit. I just never had any doubts with them. It just felt like a big happy family.”

She did not want to choose a school before visiting its campus first, but it became apparent that visiting every school that recruited her would not be safe upon the arrival of COVID-19 to the U.S. She and her parents agreed that she could visit her top two--Wenatchee Valley and Big Bend--and that the trip would be quick with minimal stops. She and her mom drove through the night to Washington on a Sunday, arrived at Wenatchee on Monday, stayed the night and headed to Moses Lake to visit Big Bend on Tuesday, then returned to Rigby by Wednesday evening.

She met Wenatchee head coach Rachel Goetz, all the members of the team and participated in a scrimmage. She knew before returning to Rigby that Wenatchee was where she wanted to go.

“I wasn’t gonna choose without visiting,” Murdoch said. “I wanted to see where I was gonna live. I met the whole team, even including players who were there who weren’t coming back next year. It was really awesome to get to meet each and every one of them. Everybody was super positive.”

Murdoch said playing college basketball became a goal for her in seventh grade, when she overhead a conversation between her mom and her coach at the time about her college basketball potential. Murdoch, who is the first in her family to play basketball and took up the sport in second grade upon following her male classmates into it, never forgot that conversation and kept working.

“At that moment, I was like, ‘Oh, it’s an actual possibility. I could actually do this,’” Murdoch said. “I’ve always had the dream to play at the next level. It is really cool to see all that hard work I’ve put in pay off.”

One of two seniors on an otherwise junior-laden varsity roster this winter for Rigby, Murdoch averaged four assists per game and shot 45.4 percent from field goal range, 40.6 percent from 3-point range and 77.2 percent from the foul line. She was a first team selection for the Post Register’s All-Area Girls Basketball Team, 5A/4A High County Conference selections and 5A District 5-6 selections this season. She contributed to back-to-back 5A District 5-6 titles for Rigby her junior and senior seasons, the latter of which concluded the Trojans’ first undefeated season versus conference opponents since 2012, and made clutch free throws in both district tournament semifinals. As a junior, she went 11-for-16 from the line in Rigby’s double overtime win over Highland and on Feb. 6, she made three foul shots in a row with three seconds left to give Rigby a 48-49 semifinal win over Thunder Ridge.

“It’s unforgettable,” Murdoch said. “Rigby will always, always have a place in my heart. It’s just cool to be part of something special. Going back to back district champs and going undefeated in conference senior year and hitting those game winning free throws, I think it’s really cool and it will give me the extra confidence I need to play at the next level.”